The internet in microcosm: strangers in varying garb, a few of whom actually like being around each other.

I’ve been online for nearly twenty years. I’ve been on Twitter for 9½ years. MCC is nearly eight years old, though I blogged intermittently for six years before that in an even tinier space. I’ve scampered around the tunnels of Usenet, dallied in several message boards, volunteered as an unpaid moderator/admin on one site for nine years, tried the untamed DMZ that is comics discussion sites before running away screaming, and learned quickly that comments sections on major news sites were even larger sinkholes. My internet experience has been a rewarding, exhausting, surprising, discouraging, uplifting, heartbreaking search for the right environments and vehicles for my expressive impulses and my feeble attempts at what those who fit in with others call “networking”.

Luckily for me and my shifting moods, the internet offers a variety of writing formats that suit my ideas, topics, styles, visions, objectives, and wordiness vibe on any given evening. In recent years I’ve carved out comfort zones for myself in two primary outlets: Twitter and this very blog. Each option has its pros and cons. Each yields different rewards.

END_OF_DOCUMENT_TOKEN_TO_BE_REPLACED 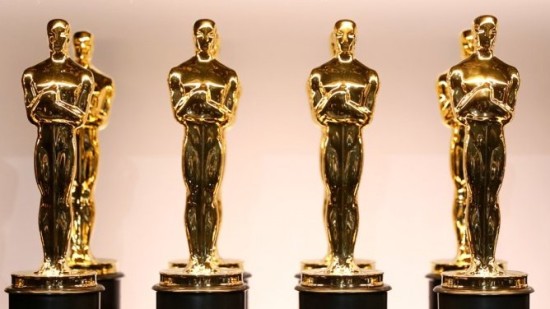 At a not-too draggy 215 minutes (give or take three), the 92nd Academy Awards once again sped down the same host-free track as last year, but allowed slightly more room for filler. After an intricate, audacious opening number by Janelle Monae and that Billy Porter guy who tends to wear the loudest outfits at any given awards ceremony, the audience was allowed one (1) segment for stand-up comedy, tag-teamed by former hosts Steve Martin and Chris Rock in a joint achievement in short-term blame-shifting, before the rest of the night barreled onward through the 24 aired categories and an offhand shout-out to the four winners whose lesser Oscars were deemed not fit for telecast. Considering those names included Geena Davis and David Lynch, that was one heck of an inconsiderate yadda-yadda.

END_OF_DOCUMENT_TOKEN_TO_BE_REPLACED

Threepio jacked in Matrix-style, trying to be among the first 300 to see the new trailer and get misty-eyed.

Previously on Midlife Crisis Crossover: last spring my wife and I had the sincere pleasure of watching the first full-length trailer Star Wars Episode IX: The Rise of Skywalker in its premiere airing at Star Wars Celebration Chicago, surrounded by thousands of fellow fans:

The crowd watched as one. We cheered as one. We whooped and hollered as one. Together we held our breath in the seconds before the subtitle was revealed to the entire world at that very moment after years of speculation. Together we got it. Tens of thousands of voices cried out in Chicago with the interjections and expletives of their choosing. To say nothing of the reactions of the Viewers at Home.

Whether the setting is a state-of-the-art theater or an extra-large flea market, there’s something about a geek harmonic convergence that convention showrunner fiat and any number of internet trolls can’t blast away.

There was no convention to attend for the new trailer’s premiere tonight during Monday Night Football halftime, unless you count the game itself. I doubt they showed the trailer live at the stadium, but who knows. No, for this event I was at home at the same time as millions of other viewers, online and waiting and waiting and waiting and waiting. It wasn’t nearly the same kind of experience as the previous trailer, especially since I was trying to watch Black Lightning when it finally premiered around 9:50 pm EDT, give or take a few minutes, right in the middle of a key development with the Pierce family.

END_OF_DOCUMENT_TOKEN_TO_BE_REPLACED

Did YOU spot all the appearances of Donald Glover’s Young Lando in this very special maxiseries? I mean, you don’t win a prize or anything and I’m not even keeping track of them myself. I was just curious, is all.

…and it all ends here, by which I mean we finally stop trying to prolong the magic of that eventful weekend. We’ve covered the cosplayers we saw; the actors we met; the big, big trailer we watched with thousands of other fans in an awkward communal setting; the one panel we were permitted to attend; the geek stuff we bought; and the other geek stuff we walked past.

Here on MCC, many such lists end with me promising all that “and more, more, MORE!” At long last, it’s time for the mores.

END_OF_DOCUMENT_TOKEN_TO_BE_REPLACED

Previously on Midlife Crisis Crossover: this weekend Anne and I are attending this year’s Star Wars Celebration in scenic, freezing Chicago. Once again we returned to McCormick Place, a mere three weeks after C2E2, so the layout and the stress levels of Chicago traffic were still fresh in our minds.

END_OF_DOCUMENT_TOKEN_TO_BE_REPLACED

Each year I usually grab a pic of the host, but since the producers never filled the position, please enjoy this Lady Gaga/Bradley Cooper moment that had already been turned into meme fodder before the ceremony ended.

At a lean 199 minutes, the 91st Academy Awards was perhaps among the speediest ceremonies in decades, but the memorable moments may have been fewer than usual because there were simply fewer opportunities for much to happen. A few presenters did their parts to liven things up — e.g., Samuel L. Jackson, Danai Gurira, James McAvoy, Barbra Streisand (a huge fan of Spike Lee, fellow Brooklynite), and a few others. The triple-threat comedy team of Tina Fey, Amy Poehler, and Maya Rudolph had a few minutes to fill the night’s joke quota up front, and did so with a flair enviable to those of us who didn’t watch Fey/Poehler host the Golden Globes a few years ago and who wish they could’ve been bribed into taking charge here all night long.

That being said, it was a very entertaining evening for any moviegoers who liked some of the biggest winners a lot more than I did.

END_OF_DOCUMENT_TOKEN_TO_BE_REPLACED

Tonight one random winner took home a statuette personally contaminated by the host himself!

The 90th Academy Awards kicked off Sunday night on ABC with a mildly amusing spoof of olde-tyme theatrical newsreels before returning host Jimmy Kimmel threw down an unprecedented gauntlet: winners were encouraged to speak on any topic they wanted to, no matter how political or incendiary, for as long as they wanted. This promise was eventually broken, much to the consternation of The Shape of Water producer J. Miles Dale, who got orchestra’d out of his spotlight moment because everyone had assumed director Guillermo Del Toro should have the last word.

Also intermittently livening up the night was Kimmel’s chief running gag, a promise of a free jet ski to whoever had the shortest speech. Thus began a night of push and pull, of comparison and contrast, of #MeToo and #TimesUp and diversity abounding and white guys still winning lots of things but not all the things.

Kimmel’s contributions and interruptions were kept to a barer minimum than last year, setting aside one segment that once again indulged his addiction to practical jokes on ordinary people. Assorted parties dropped a few wisecracks at the expense of high-ranking politicians as well as accused sex offenders, but a surprising amount of the commentary was kept on the positive side — a celebration of artists and advancement instead of roasting the haters and attackers. In that sense, some speeches were more refreshing than others.