We’d spent much of our morning with the summertime sun trying to light our skin on fire. We were still in the mood to spend more time with nature. We also would have loved some air conditioning or something like it. Anne had a brilliant idea that combined the best of both whims. So we went underground.

END_OF_DOCUMENT_TOKEN_TO_BE_REPLACED

Of all the vacation pics we shared with friends and family at the time, this was the favorite — Anne and an entire batter-fried animal on a bun.

Remember the good ol’ days when the most lethal forces you had to worry about at any given family restaurant were calories, fat, carbs, grease, and sugar? And not uncontrolled international pandemics whose rampaging microbes could destroy your organs from within like an exotic assassin’s poison made from extinct jungle predators? One nifty little cafe in the town of Mitchell sure does.

END_OF_DOCUMENT_TOKEN_TO_BE_REPLACED

That’s us chasing waterfalls. Why stick to the rivers and the lakes that we’re used to?

We’d come all the way to Mitchell to see the Gus Grissom museum at Spring Mill State Park. It seemed a shame not to enjoy the park itself while we were there. Despite our debilitating incident at Shades State Park, we still had use for more exercise. This time we chose the least rugged trail possible, a gentle lap sketched around Spring Mill Lake. Best of all, nary another human came within a hundred yards of us on our serenely maskless expedition.

END_OF_DOCUMENT_TOKEN_TO_BE_REPLACED

On the Sunday of Memorial Day weekend 1984, give or take four years, my family decided to take a two-hour Sunday drive and visit a museum that I might think was cool. The only thing I remember about that day is my petty bitterness at missing out on my friends’ annual tradition of listening to the Indianapolis 500 on the radio in our backyards. Of course it was a year that our favorite driver Rick Mears won again. At the time I resented the imposition and refused to enjoy myself.

Thirty-six years later I tried again, but in a much better mood.

END_OF_DOCUMENT_TOKEN_TO_BE_REPLACED 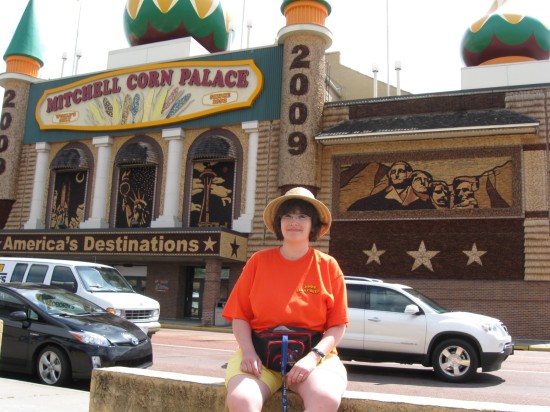 Anne outside the Mitchell Corn Palace. Thankfully there was no danger of the walls popping at us.

The day before, we had visited the overlord of canned vegetables in Blue Earth, MN. 200 miles later, we found a place that concentrated on just one veggie in particular. Other foodstuffs didn’t play large parts, but they had one heck of a corn section.

END_OF_DOCUMENT_TOKEN_TO_BE_REPLACED 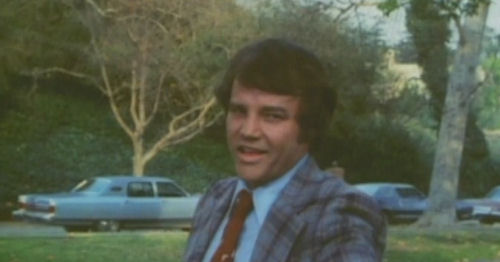 I brake for far fewer movie-news articles than the average geek. I still like movies, but what passes for movie “news” nowadays generally doesn’t merit my time or clicking because the majority doesn’t meet my minimum specifications for “news”. I have no vested interest in following the full life cycle of every production from germination-of-idea to perennial-AMC-airings.

I can think of numerous examples off the top of my head for most steps of the filmmaking process and marketing campaign. To illustrate my apathy, let me walk you through the vantage point of internet news outlets — not official sources such as The Hollywood Reporter, Variety, or Nikki Finke, but the other guys. Pretty much all the other guys.

For the sake of argument, let’s pretend the following examples revolve around a remake of the 1975 police drama Mitchell, which starred Joe Don Baker as Oscar Madison from The Odd Couple, plus a gun, minus friends. Let’s pretend we’re in a near-future dystopia in which Hollywood used up its first 5,000 ideas and the only things standing between us and the bottom of the barrel are Mitchell and The Snorks. And James Cameron already has plans for the Snorks.