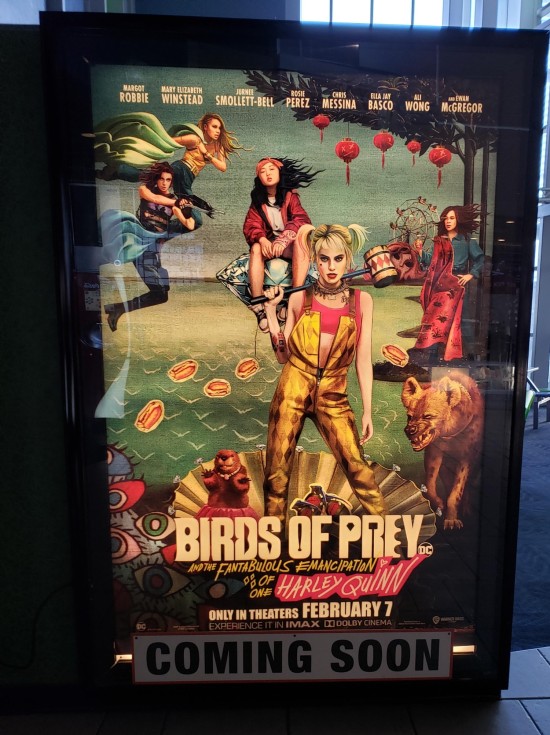 They gleefully aimed for an R rating, but their spoof of Botticelli’s “Birth of Venus” adds clothing to the central figure. I bet Ryan Reynolds would’ve gone there.

I thought Harley Quinn was a pretty nifty addition to the wild world of Batman when she debuted on his animated series way back when I was in college. I was surprised DC Comics took as long as they did to bring her to the printed page. I lost interest in her shortly before she was anointed the Greatest DC Character of the Millennium and had a personal hype machine devoted to her. Some of our separation is my own fault; it’s a peculiar personal phenomenon that I tend to lose interest in an up-‘n’-coming character whenever they start feeling too popular.

I had several reservations about Suicide Squad, but Margot Robbie’s debut as a live-action Harley wasn’t among them. And yet, I wasn’t among the fans chanting “MORE! MORE! MORE! MORE! MORE!” when DC announced she’d return in Birds of Prey and the Fantabulous Emancipation of One Harley Quinn. In my mind she’s in danger of becoming the kind of character that guest-stars in eight comics a month and overstays their welcome. We had a lot of those in the ’90s (Ghost Rider! Wolverine! Punisher! Lobo!) whose ubiquity turned me off. And yet, the Birds of Prey trailers managed to avoid any vibe resembling an Elektra or Catwoman-level failure.

My son and I showed up opening weekend, days before disappointed theater owners apparently banded together and decided it should be called Harley Quinn: Birds of Prey instead. I for one agree with this change, which more accurately reflects the film’s true contents of 90% Harley to 10% Birds. Too bad they couldn’t have made film retitling a standard practice back when Edge of Tomorrow failed to live down its empty soap-opera name.

END_OF_DOCUMENT_TOKEN_TO_BE_REPLACED 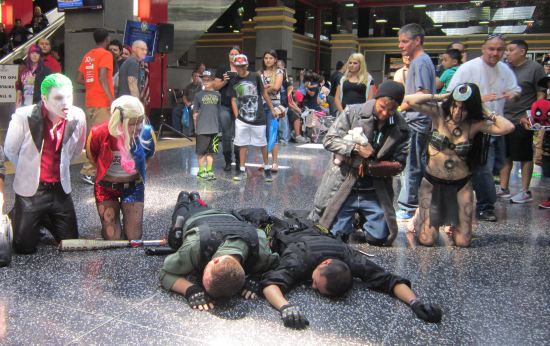 Who’s killing members of the Suicide Squad? Find out after the break!

It’s that time of year again! Anne and I spent this weekend at Wizard World Chicago in scenic Rosemont, IL, where we generally had a blast surrounded by fellow fans of comics and genre TV/movies even though parts of it resemble hard work and our feet feel battle-damaged after three days of endless walking, standing, lining up, shuffling forward in cattle-call formation, and scurrying toward exciting people and things.

In the first of our mandatory cosplay galleries, from the heart of the Donald E. Stephens Convention Center we focus on the ubiquitous citizens of the DC Comics Universe — most, but not all, from the adjunct DC Cinematic Universe, including a special spotlight on a fun, silent skit we saw go down Sunday afternoon in the main lobby, in which Our Heroes from that recent #1 film meet an unstoppable force from another comic-book universe.

END_OF_DOCUMENT_TOKEN_TO_BE_REPLACED

Part two, then: the amazing world of DC Comics. Enjoy!