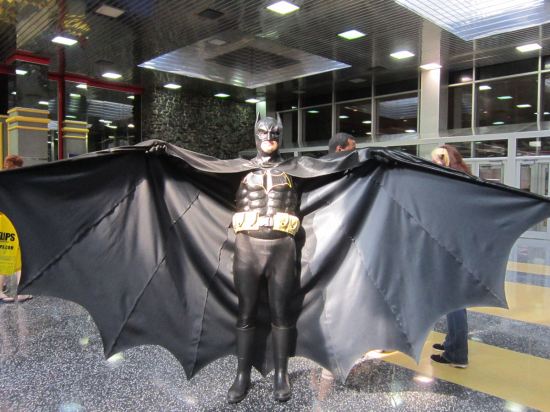 Part two, then: the amazing world of DC Comics. Enjoy! 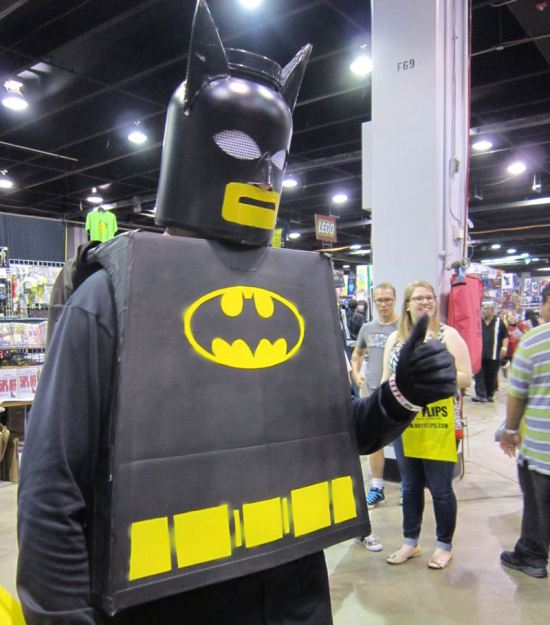 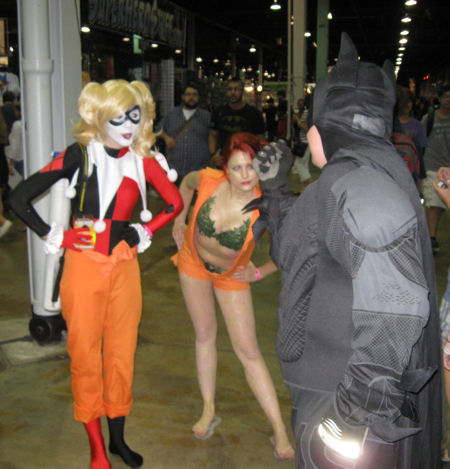 Batman #3 faces off against Harley Quinn #1 and Poison Ivy #1.

Harley #2 and Ivy #2 somehow manage to subdue Doomsday, the monster who killed Superman. That must’ve been some crossover. 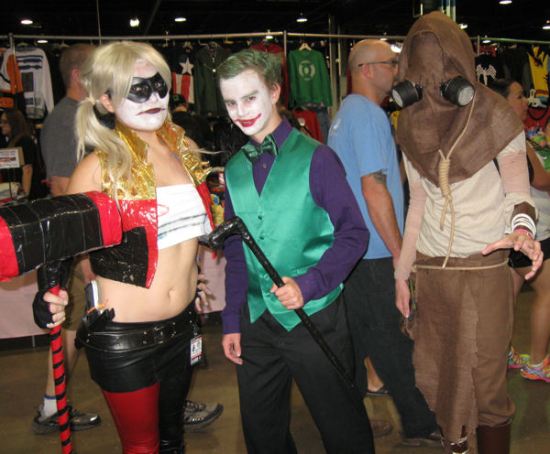 Harley #3 reunites with the Joker and lets the Scarecrow tag along for laughs. And fear.

Harley #4 doesn’t need her Puddin’ or any other backstabbing partners slowing her down.

Riddle me this: why couldn’t the Bat-Villain enter the motorcycle race? Because he didn’t bring a Harley! 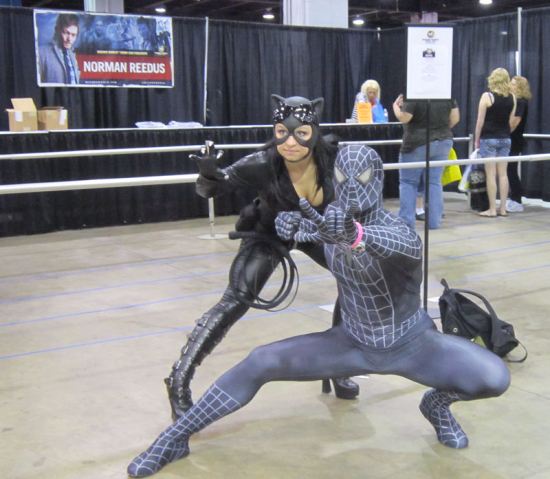 Marvel/DC crossover #2: Flash and Cap, who sound like bomb-squad buddy-cops.

Marvel/DC crossover #3: Deathstroke and X-23, patiently awaiting their own solo movies. “Someday,” they whisper to each other.

Batgirl fears not for her secret identity. Endanger her loved ones and she’ll end you. No worries.

Erica Durance arrived hours ahead of schedule for her Saturday signing and attracted quite a line. From outside the crowd, Arrow looks on in silence.

Supergirl and Power Girl team up while Joker #2 lurks in the background. 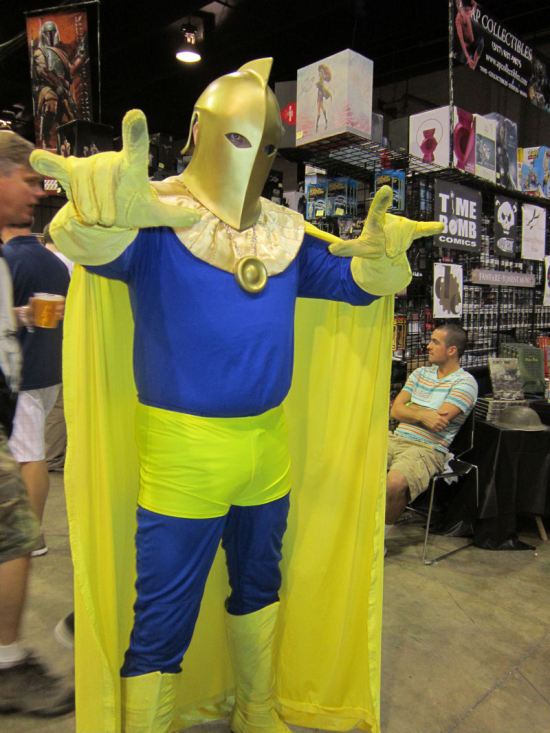 Dr. Fate, DC’s renowned magical hero, calls upon the power of Nabu to end all these Dr. Strange movie rumors.

Wonder Woman’s first starring role in a feature film was far more entertaining than anyone expected. The role was recast for her next movie due to salary issues.

The original Captain Marvel, a.k.a. SHAZAM! Maybe someday we’ll see someone recapture the magic of the old Beck/Binder classic tales, but it hasn’t happened in ages. 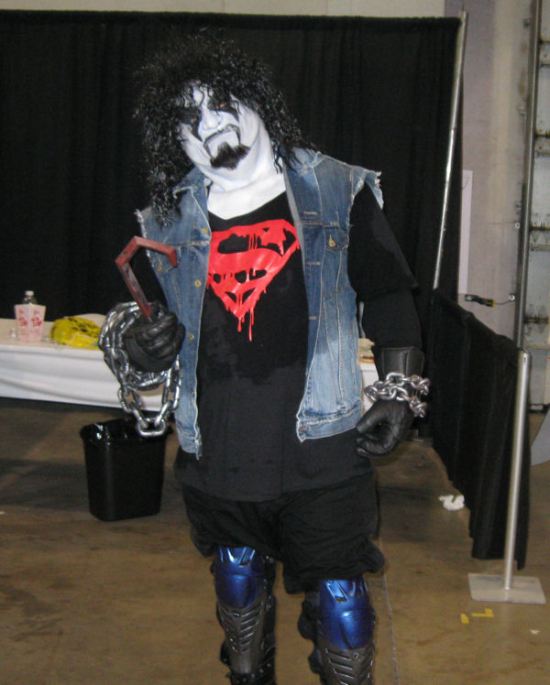 The real Lobo. Accept no reboots.