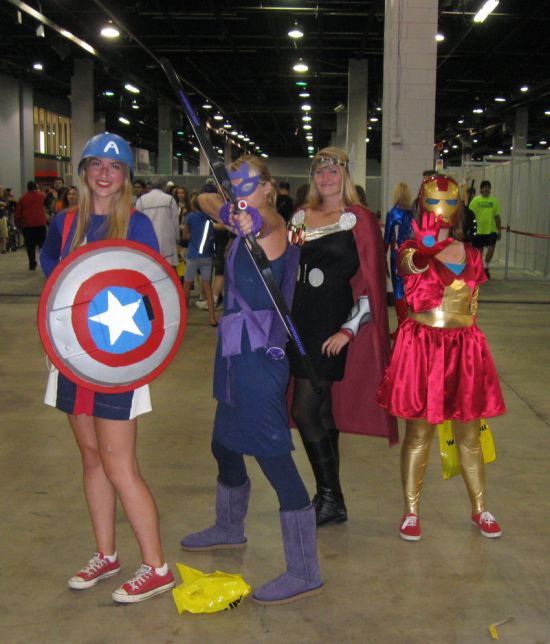 Part three, then: representatives from the Marvel Universe, along with a few folks from other comic-book companies. Enjoy!

Venom and Moon Knight welcome you! And they’re watching you.

The early-80s Storm that we have yet to see Halle Berry attempt, and Wolverine between costume changes. 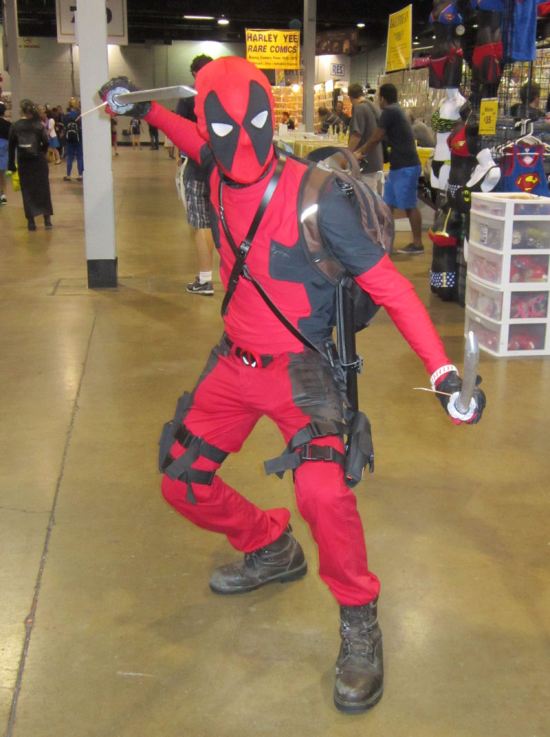 Deadpool in all his normal regalia.

Kid Deadpool and Chef Deadpool. Thus is the Crisis on Infinite Deadpools at hand! 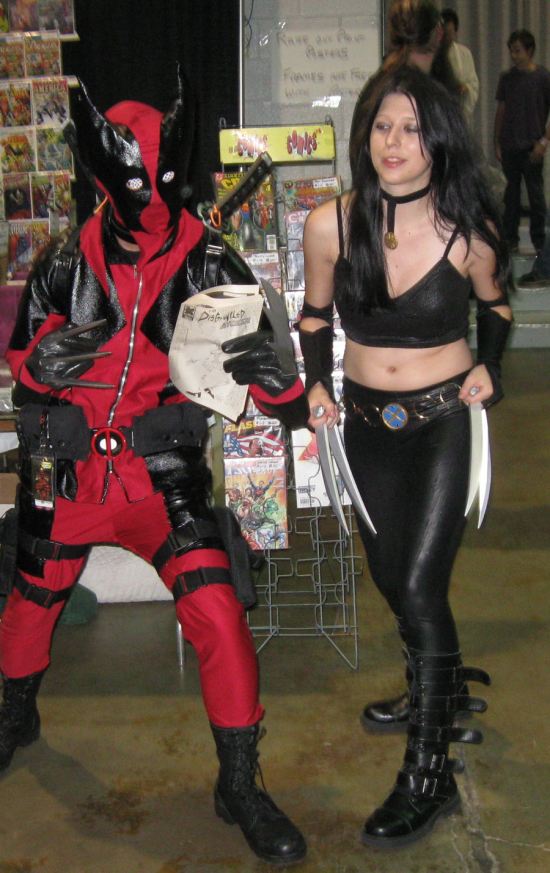 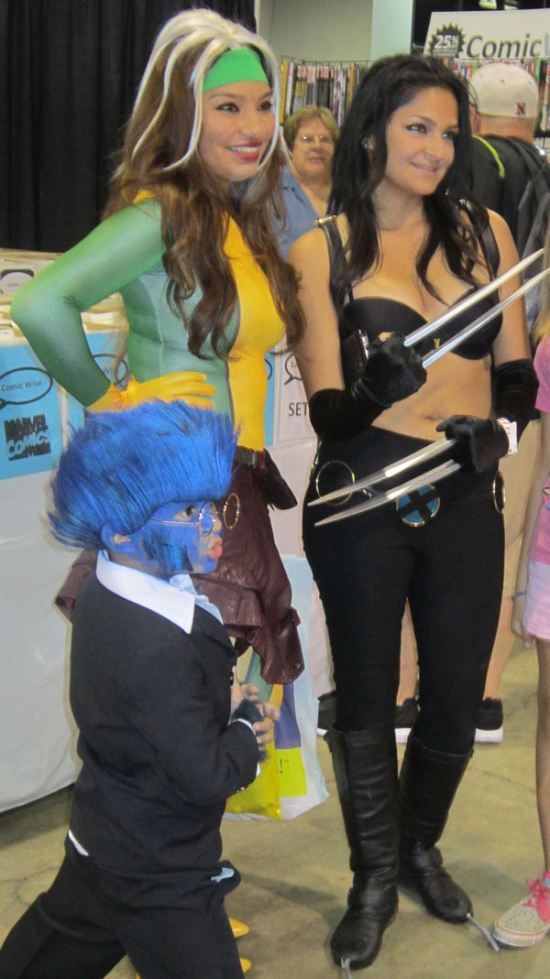 A different X-23 hangs out with her new friends Rogue and Li’l Beast.

The Winter Soldier and the most complex set of Falcon wings we saw on the show floor.

Dani Moonstar from the New Mutants in Valkyrie form, alongside Colonel Stars & Stripes.

This pic of Stan Lee, the White Queen, RoboCap, Iron Man, War Machine, and Bronze Iron Man was 10,000 times cooler before we found out the guy was probably a Stan cosplayer. The dozens of fans swarming him were pretty convinced. There was even a handler somewhere in this mess telling people to stand back and give him space… 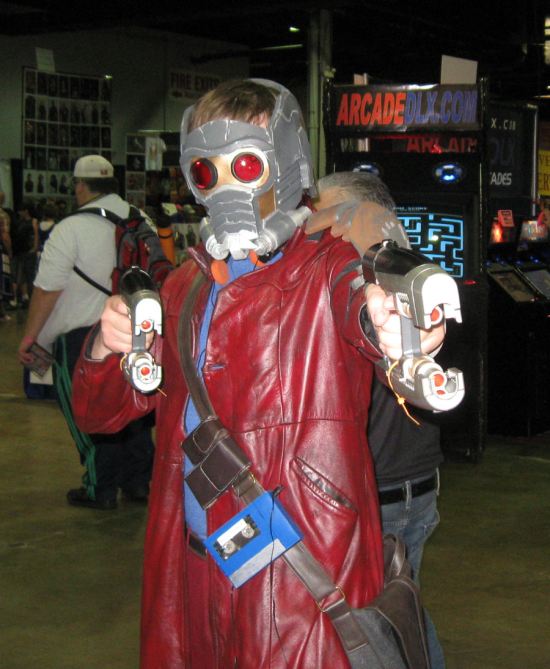 Comics not from Marvel, part 1 of 3: Darth Talon from Star Wars: Legacy, and Darth Revan from Knights of the Old Republic (the comics and the game). Also, special cameo by Finn from Adventure Time. 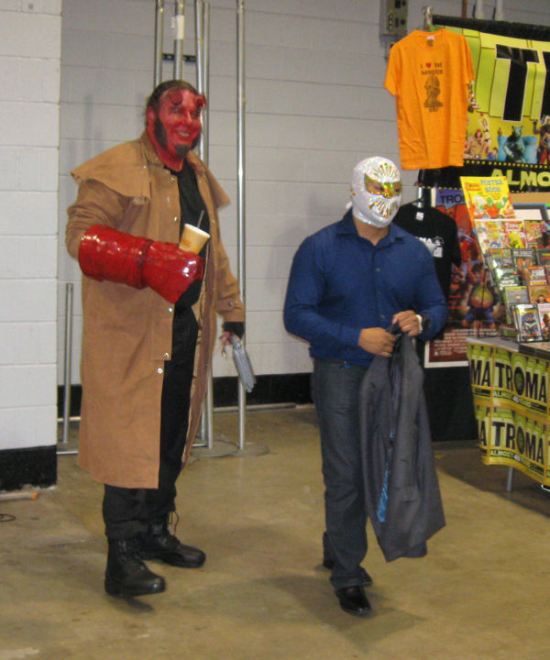 Comics not from Marvel, part 2 of 3: Hellboy! Plus a luchador.

Comics not from Marvel, part 3 of 3: my wife meets Herbie the Fat Fury! Yes, he’s a real character. Yes, I’ve heard of him. No, he’s not a YouTube star. You’d be surprised what happened in comics back in the ’50s and ’60s. It took me a while to explain Herbie to her, though.