Not quite life-size, but close.

“Midlife Crisis Crossover calls Bumblebee the Greatest Transformers Film of All Time!” is how I expected to lead off this entry. With Michael Bay out of the director’s chair (though still credited as an executive producer) and replaced by Travis Knight (Kubo and the Two Strings), it couldn’t possibly be another empty failure.

After seeing the film, which was fine, I’m not yet feeling the “Greatest” superlative.

END_OF_DOCUMENT_TOKEN_TO_BE_REPLACED

Hey, kids! Hope you love our new movie and all the cool toy tie-ins! Mom and Dad, sorry all our human friends keep saying the S-word so much.

Midlife Crisis Crossover calls Transformers: The Last Knight “The worst Knights of the Round Table film of 2017”! This may sound like nonsense, but I would say “You had to be there” if that weren’t the opposite of my final opinion about this misbegotten mess.

Michael Bay’s latest assemblage of toy robot fight footage extracted from a wheat thresher doesn’t stop at just King Arthur for his pop culture cribbing. After an opening fray that brings us the Game of Thrones/Armageddon crossover no one ever asked for, Bay and his four credited screenwriters go out of their way to photocopy portions of Suicide Squad, Downton Abbey, National Treasure, Aliens, Stand by Me and Three’s Company while trying to turn giant toy robot fights into Serious Business, to come up with clever disguises for sports-car placement ads, and to perpetuate the four previous films’ ongoing YVAN EHT NIOJ-style recruitment campaign.

Fair warning: I’m getting into MAJOR SPOILERS because I don’t feel like being kind to this ostensible “movie”. If your love for Transformers is so unconditional and fanatical that you’re hoping to keep the surprises fully preserved so that your first viewing will be as pure and blissful as possible, then this entry is not for you. Then again, you’ve likely avoided any and all critical analyses of your beloved robo-family’s entire series to date anyway, so I imagine I’m safe and talking to myself, which is not uncommon for me online.

END_OF_DOCUMENT_TOKEN_TO_BE_REPLACED

I’ve been dealing with con crud all week long and struggling to reactivate all portions of my brain, but the math finally came together for me: we’re looking at seven entries in all for the WWC 2014 photo parade. Part four of those, then: characters from cartoons and anime. Enjoy!

END_OF_DOCUMENT_TOKEN_TO_BE_REPLACED 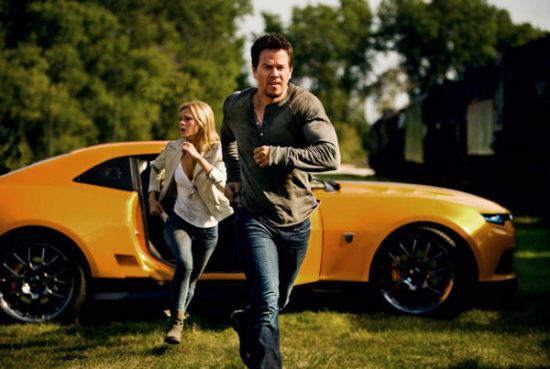 An inventive man of action, a young woman he’s sworn to protect, an amazing traveling machine, lots and lots of running, and they keep reusing the same old robot villains. So it’s like an American remake of Doctor Who.

So. Transformers: Age of Extinction, then. Last weekend the internet gave Michael Bay’s new endurance test an F-minus-minus-minus. I’m not sure if they sat through it or assumed as much based on the available evidence and testimonies. I have no idea how many critics were fans of the cartoons or other related products. I owned several toys and bought the first year’s worth of the original Marvel Comics series, but lost interest in both around age 14 and forfeited knowledge of any subsequent characters or continuity. I thought the first film was the Greatest Michael Bay Film of All Time For What That’s Worth, the second one was the complete opposite of art, and the third was somewhere in between, improved by use of real-life Chicago as a setting for the last four hours of its running time.

If it hadn’t been for the sake of father/son quality time while he’s home visiting for the weekend, I might not have seen Age of Extinction. But here he was, here the weekend was, and there the movie was.

END_OF_DOCUMENT_TOKEN_TO_BE_REPLACED

Continuing my look at comics publishers’ attempts to lure new readers into their white vans on Free Comic Book Day 2012. For historical purposes, my previous years’ FCBD reviews can be found online for 2006, 2007, 2008, 2009, 2010, and 2011. The fun part is seeing which past participants are no longer in business.

Onward with more entries from this year:

Yo Gabba Gabba! (Oni Press) — Never seen the show. I haven’t kept up on today’s kid-TV because my son’s era ended right before Steve Burns exited Blue’s Clues and caused the show to jump the shark. From the cover alone, I expected this to be a two-minute shot of toddler-fodder that I’d later pawn off on one of my nephews’ Christmas stockings. Then I opened the cover and was ambushed by names I recognize and respect such as Michael Allred (Madman), Evan Dorkin (Milk and Cheese), and Sarah Dyer (Mrs. Dorkin). Three of the stories teach lessons to tiny children in cute, Dadaist ways that I’d happily share with my tykes if I ever planned to have any more. The fourth story, by Dorkin and Dyer, stars one Super-Martian-Robot-Girl, with whom this is my first encounter. It’s exactly the kind of quality irreverent hijinks I’ve come to expect from the two of them. Google tells me this is not an isolated incident. Now I want more more more more MORE because it will fill the void in my heart left by missing issues of Dorkin’s Pirate Corp$ that I was never able to track down. My nephews will have to go buy their own copies on eBay.

The Hypernaturals (BOOM! Studios) — Dan Abnett and Andy Lanning, writers of several of Marvel’s cosmic-themed titles from recent years, set out to create their own mythos. In a future where the remnants of humanity are ruled by an unseen all-powerful AI, former members of their premier super-hero team look askance at their successors, embarking on their inaugural mission and at first glance not faring well. The whys and wherefores of this new future are left unexplained from the start, but the tantalizing glimmers of imagination and tragedy hint at grander sights ahead. This one might bear watching when it launches in July.

Image Twenty (Image Comics) — The proud independent celebrates two decades of success with samplers of six new series. Quickly run down: G-Man is normally fun all-ages fare, less appealing when it takes itself seriously; Guarding the Globe is a super-hero spinoff from a series I stopped reading years ago (though I do dig Todd Nauck’s art here); Crime and Terror, from the creator of 30 Days of Night, is essentially a one-page EC tale ballooned out to fill four; Revival seems promisingly spooky, about a resurgence of various undead species; It-Girl and the Atomics is a continuation of Michael Allred’s quirky super-hero team by other talented hands (so far, so good); and Near Death, whose series I’m already following, is not-bad crime drama about a former L.A. hitman trying to save lives as atonement for all his past victims. Overall, the batting average is favorable, as has been the case for much of Image’s output of late.

Transformers: Regeneration One #80.5 (IDW Publishing) — A lengthy text piece inside the front cover helpfully explains the odd title and numbering. The creative team of Marvel’s original Transformers series have now reunited to pick up where they left off 21 years ago. Several flashbacks succinctly sum up What Has Gone Before — i.e., there were these alien warrior robots who were supposed to be friends, but then they fought and fought and fought, but then the good robots won, but now some leftover evil robots want a piece of them. This sounds dismal, but it’s rather efficient and less vertiginous than the recent films. The new settings and characters are up and running in short order along with some old familiar faces, and the vague cliffhanger ending may entice the average robot-loving boys to want more. Glory days might be theirs once more if the team can recapture the 70,000 fans who were still aboard when the original series ended due to what was considered “low sales” in the 1980s. By today’s standards, 70K would place them squarely in Diamond’s Top 10 charts and easily merit half a dozen redundant spinoffs.

Finding Gossamyr/The Stuff of Legend Flipbook (Th3rd World Studios) — Side A is another entry in the burgeoning young subgenre of malfunctioning-child-math-savant sci-fi. A young woman forced to care for her “special” little brother signs him over to an evil boarding school who enlist him to solve an evil equation that will open a doorway to evil aliens from beyond. That sounded silly while typing it, but the brother and sister are introduced with heart, depth, and digital art that pops nicely in a faux-animated way. Side B is another FCBD alumnus best described as “Toy Story Goes to Narnia”. The short sample is an argument between two characters about their past failures that might be better appreciated if you’ve read the full tales of said calamities instead of just a summary. I’m guessing, anyway.

My Favorite Martian (Hermes Press) — A new publisher plans to reprint Gold Key Comics from the ’50s and ’60s such as Dark Shadows, The Phantom, and this one based on Ray Walston’s “classic” TV show about a one-alien sleeper cell conducting secret experiments and failing at exfiltration. Fans my age might appreciate seeing long-lost art from the underrated Dan Spiegle, but I get the impression their target audience is fans twice my age. I’ve never endured a full episode, but my wife promises it’s no My Mother, the Car. To its credit, unlike much of the FCBD competition, this is a complete done-in-one story, benign if poorly aged.