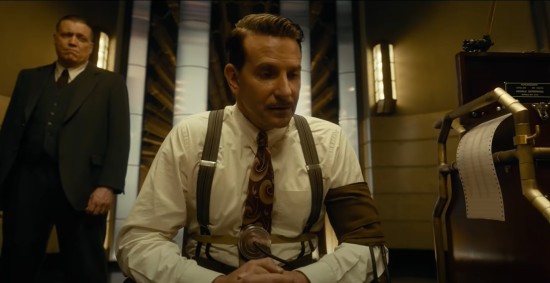 “Okay, once more for the polygraph: was it really that awesome to work with Lady Gaga?”

Hi! Show of hands: who wants to read thoughts about a new Guillermo del Toro film from one of the six people in America who didn’t care for his Best Picture winner The Shape of Water?

No? Nah, it’s okay, I understand. Our exits are clearly marked for safe evacuation. See you next entry!

END_OF_DOCUMENT_TOKEN_TO_BE_REPLACED 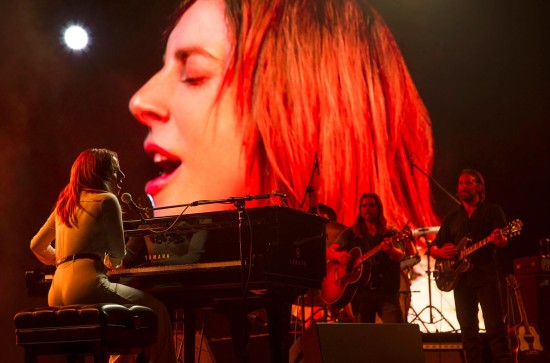 Lady Gaga and Rocket Raccoon present the “Guardians of the Gaga” tour!

Previously on Midlife Crisis Crossover: the recurring feature that’s more like a newsletter in which I’ve jotted down capsule-sized notes about Stuff I Recently Watched at home. In this batch as well as the next: the past few months’ worth of comfy-chair viewing as prep for this Sunday’s Academy Awards ceremony hosted by a disembodied sense of doom, featuring at least five musical numbers (minus The Weeknd and SZA but including the un-nominated Queen), spurring endless tired jokes about the runtime, and pumping up the jams for any winners from the ABC/Disney mega-conglomerate.

This year the Best Picture nominees number eight in all. In past entries we covered Black Panther, The Favourite, Vice, Bohemian Rhapsody, and Green Book. Here, then, are brief notes on the final three to complete the octet.

END_OF_DOCUMENT_TOKEN_TO_BE_REPLACED 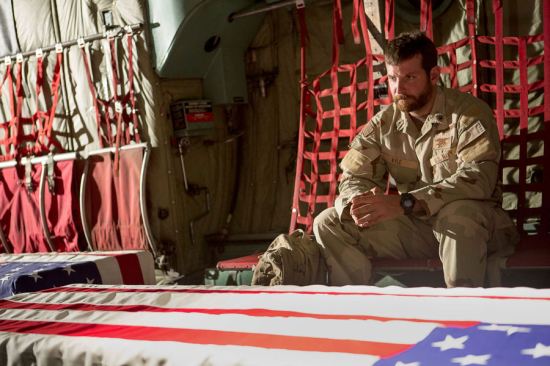 During the final scenes of the box office smash American Sniper, that bit of fatherly commentary is among the last words young Colton Kyle (Max Charles) hears from his father, accomplished Navy SEAL marksman Chris Kyle, in the days preceding his dad’s murder. With that plainspoken admonition, a variation on a famous line from Unforgiven, three-time Oscar nominee Bradley Cooper cuts to the point of director Clint Eastwood’s new film, one of his most controversial and his highest-grossing of all time.

Several previous movies already wagged disapproving fingers at the American government over Iraq in general. Nearly all of them failed. Even one of the least dismissed, The Hurt Locker, garnered more awards than ticket sales. Eastwood apparently took notes on Locker‘s approach and, instead of the usual haranguing and politicizing, set his Iraq movie in Iraq without actually making it a Bush-hating Iraq-shaming thinkpiece. To a certain extent it’s not even about Iraq.

END_OF_DOCUMENT_TOKEN_TO_BE_REPLACED

Spoiler photo of Bradley Cooper from The Expendables 7.

The raccoon! The tree! The wrestler! The funnyman! The female! Together they’re the hottest new super-team in the Marvel universe, and you probably saw their first movie before I did! If so, congratulations on doing your part to turn Guardians of the Galaxy into one of the summer’s biggest success stories with a boffo opening weekend despite an unproven leading man and not one single popular hero on their roster.

If you didn’t see GoTG before I did…well, that’s what entries like this are for.

END_OF_DOCUMENT_TOKEN_TO_BE_REPLACED

The years have been rough for Batman and Lois Lane…

My annual Oscar quest concludes at last! David O. Russell’s layered, fascinating American Hustle was the ninth and final film on my playlist, saved for last because I correctly guessed that all the other nominees would exit our local theaters first. A healthy U.S. box office gross of $144 million (and counting) ensured that Hustle would stick around exactly as long as I’d hoped. This week has arrived just in time — after this month-long marathon, my local theater and I could really use a break from each other for a while.

END_OF_DOCUMENT_TOKEN_TO_BE_REPLACED 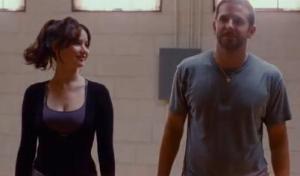 I saw Silver Linings Playbook over a week ago and have been procrastinating saying anything about it because it’s tough to express my opinion without ruining the ending. I suppose the ads aren’t that coy about the gist of the film, but part of my enjoyment was derived from that rare feeling of having no idea what would happen next. Under the guidance of director David O. Russell (previously appreciated for The Fighter and Three Kings), I wasn’t sure if Playbook would be predictably atypical or deceptively Hollywood about the strange relationship between its May/December starring couple. Would it end in for-your-Oscar-consideration breakup and tears? Would it opt for the mushy happily-ever-after ending, complete with gratuitous dance party at the end? Would the payoff be just-good-friendship, like Lost in Translation? Would they both die horribly of movie cancer? My second-guessing was useless against it.