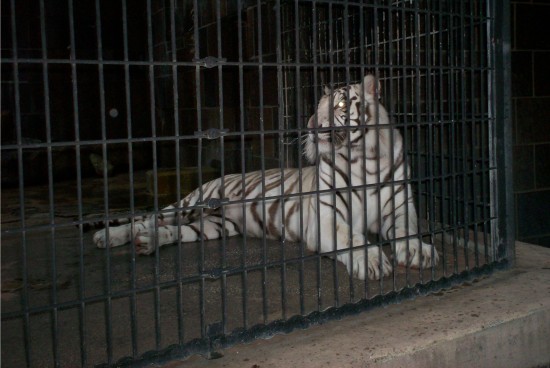 A white tiger happy to get some peace and quiet far away from Siegfried and Roy.

I’m typing this on the Third of July, Independence Eve, a time when a lot of internet users are either binge-watching, traveling, or stocking up on recreational explosives to celebrate the United States of America’s birthday (observed). Clicking is down, my energy levels are even farther down, my movie reviews are caught up for now, my to-do list for coming events feels infinite in length, and I have six episodes of Luke Cage season 2 left to burn through. For my own reasons I don’t feel like skipping MCC too much this week, but now’s not the time for that 2000-word essay on social awkwardness that’s been coalescing in my head since last December.

And now, a second and final round of photos from Omaha’s Henry Doorly Zoo, named Best Zoo in America by TripAdvisor in 2014. I have no idea what misstep cost them the crown in 2015, but we liked them well enough that it’s nice to know they were rewarded for their ongoing efforts in conservation, wildlife diversity, and cool habitat design. The Omaha zoo photos in our previous chapter were the ones I liked most, but some of these outtakes have their endearing qualities to me. 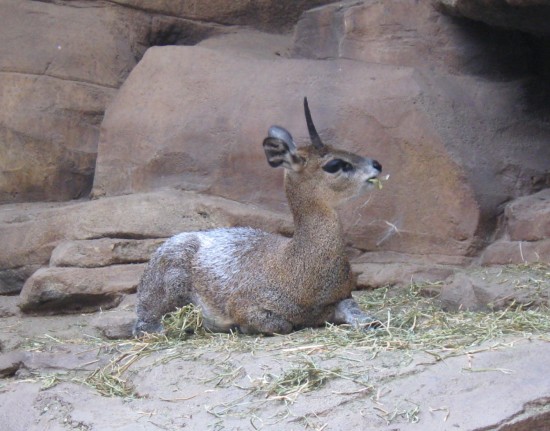 The klipspringer has two horns, but we nailed the perfect angle to turn it into a non-majestic unicorn.

Can you find all three bunnies in this mud pit? Or maybe a fourth bunny I missed? 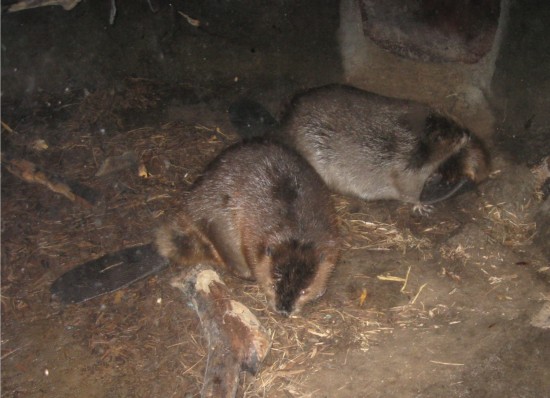 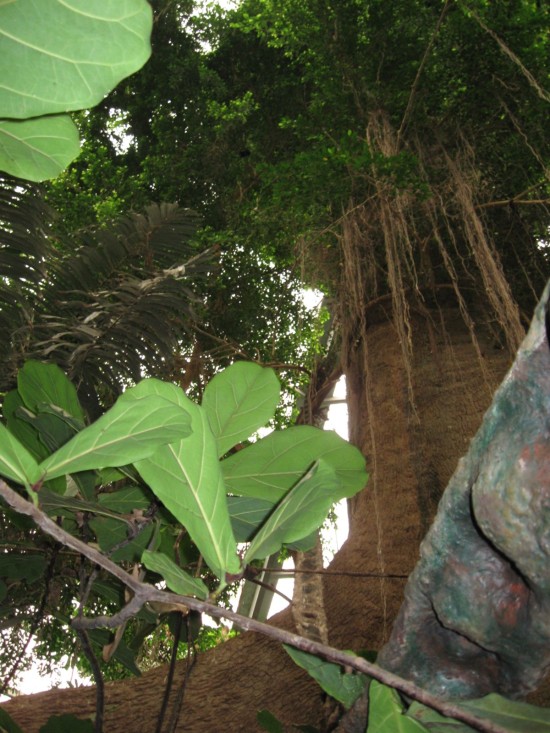 The Lied Jungle, their rain forest habitat, was among the most scenic indoor areas.

A critter, somewhere on the monkey-lemur spectrum, that climbed toward us on the Desert Dome walkway.

One habitat walkway lets guests hang out behind that habitat’s indoor waterfall. My old notes indicate this was in the Desert Dome, but this very much seems a rain forest feature. 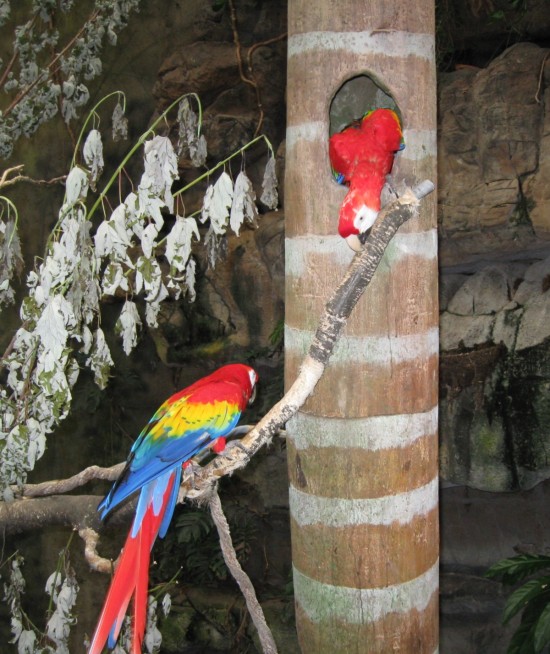 Scarlet macaws confirming animals come in other colors of the rainbow beyond brown and green.

The section called Gorilla Valley fulfilled my son’s years-long wish of getting within mere inches of real primates, with only smudged reinforced glass separating the two. 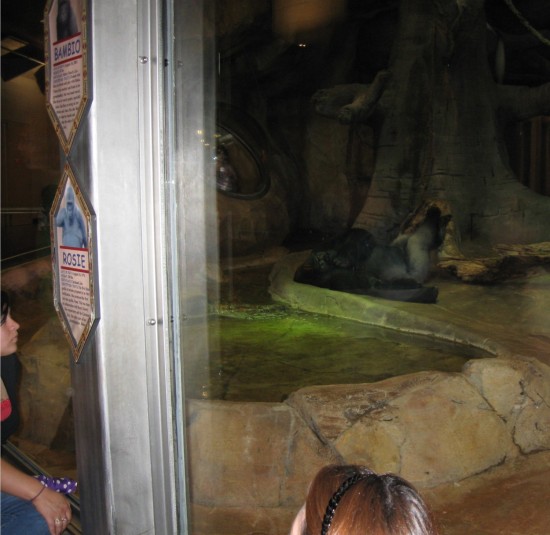 Rosie the gorilla! declines to perform, possibly in the throes of an existential crisis. 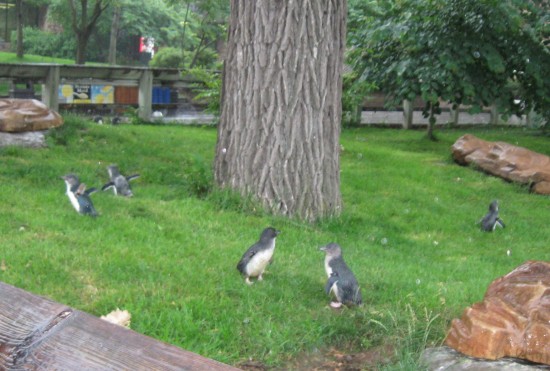 Penguins frolicking in grass. We’ve seen several zoos in our travels, and…that’s a new one.

Alternate shot of giraffes sauntering beneath the Skyfari lifts.

Skyfari sighting of a leopard in repose. Thankfully leopards can’t jump this high. I assume. 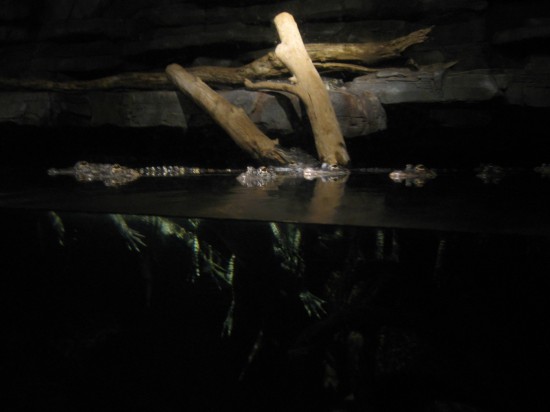 If there’s a jellyfish tank out there somewhere with ugly specimens in it, we haven’t seen it.

All told, the indoor attractions received the bulk of our attention — the lion’s share, if you will — because the rains ensued and discouraged any outdoor browsing beyond what we managed to see on the skylift. We left sooner than my wife and son wanted, but a little later than I’d expected. We still had a long drive ahead of us…both planned and unplanned.