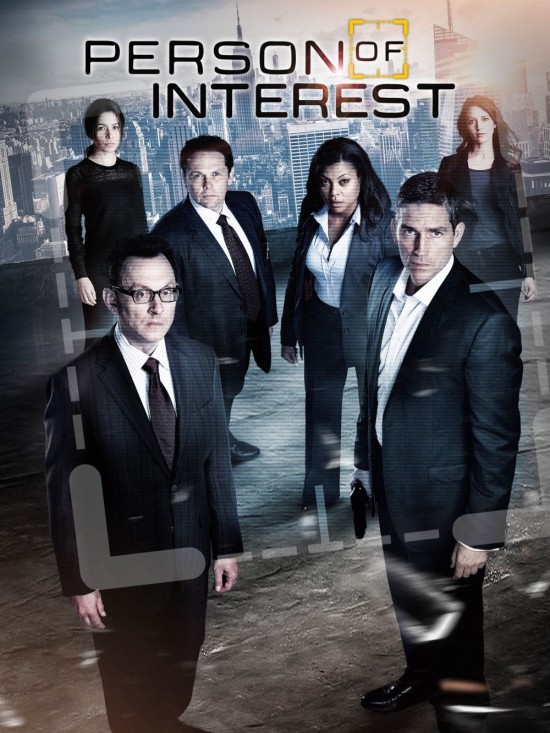 “You are being watched,” said I to Our Heroes.

Once upon a time in 2011 I was in the mood to follow a TV show on CBS, of all channels — Person of Interest, the latest project from Jonathan Nolan, best known for writing or co-writing many of his brother Christopher’s films. The first seven episodes were one part above-average hard-boiled CBS procedural, one part very-near-future SF drama. Then the show began skipping weeks, returned without notice, and skipped more weeks. When I realized new episodes were airing, catching up was impossible because some miserly executive forbade it from being available On Demand, on CBS.com, or anywhere else for streaming after the fact. I gave up on following along as it aired, but vowed I’d catch up one day when the time was right.

At the end of 2013 our household joined the Netflix achievers. I added PoI to my queue as soon as I saw it was available, and looked forward to catching up at long last.

Then, because I’m old and forgetful and surround myself with far too many hobbies and to-do lists and internet distractions, seven years blinked by.