Rough Rider Teddy Roosevelt before he became the 26th President of the United States of America.

Cliff Clavin and Norm Peterson hanging out in Artists Alley because Cheers is too long a walk from here.

…between the smoking and the drinking, that’s a lot of substance abusers up there. Huh.

Anyway, now a short intermission for a few costumes we photographed that looked cool, but we failed to identify. As always, input and elaborate backstories are most welcome. Thanks in advance! 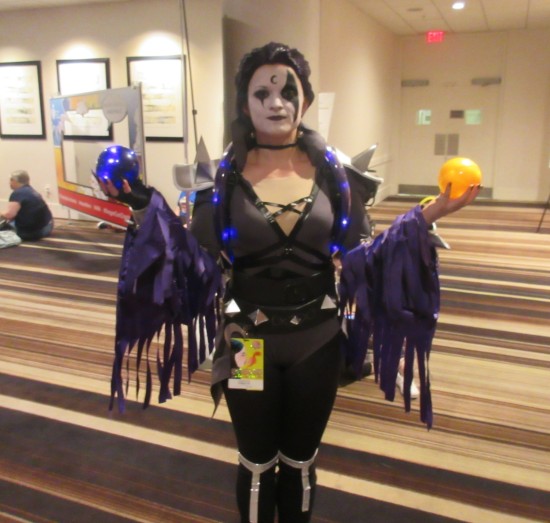 I thought this looked great, but she’s neither Moon Knight nor Sailor Moon.

Neither the Iron Giant nor Driller from Descender… 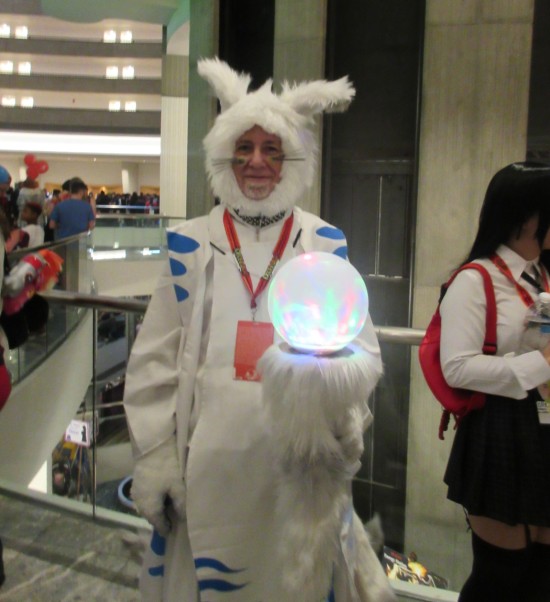 Possibly Amaterasu or a friend thereof. 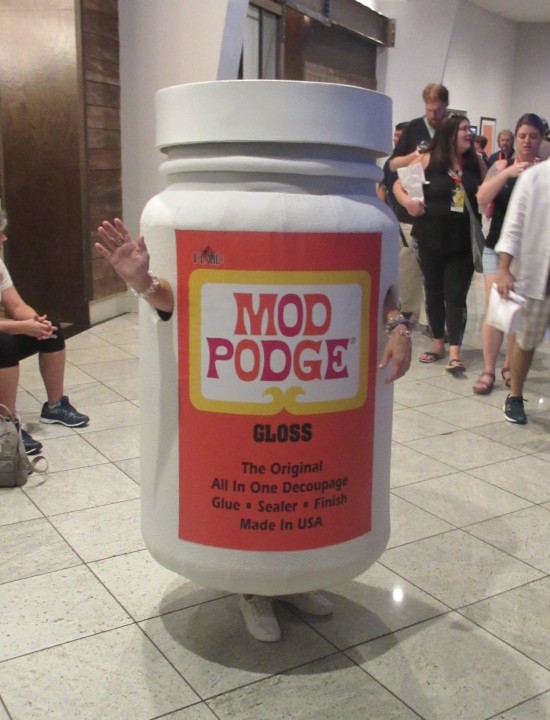 Mod Podge Gloss is an acrylic paint sealer, but we saw no booths selling it. Not sure if this is a D*C in-joke or if someone just really loves art supplies. 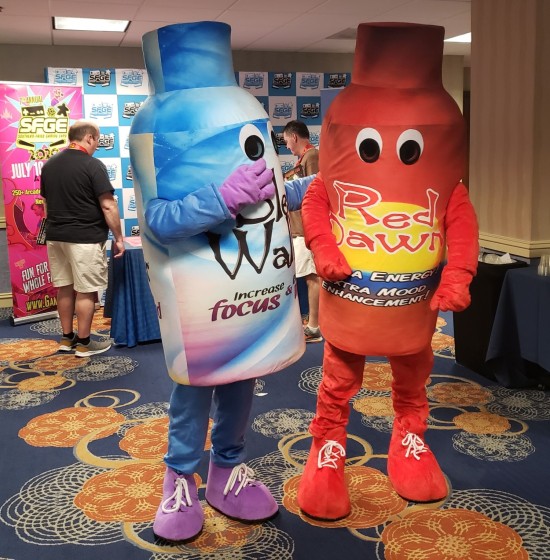 Brothers in bottles: these two pitchpeople for legal energy boosters were the very first cosplayers we encountered on D*C turf, around the corner from the badge pickup ballroom.

Deadpool in a onesie watching the other Deadpools on parade.

Thundra, an otherdimensional Marvel ’70s hero, choking a dude out while co-creator Roy Thomas stands by and laughs. 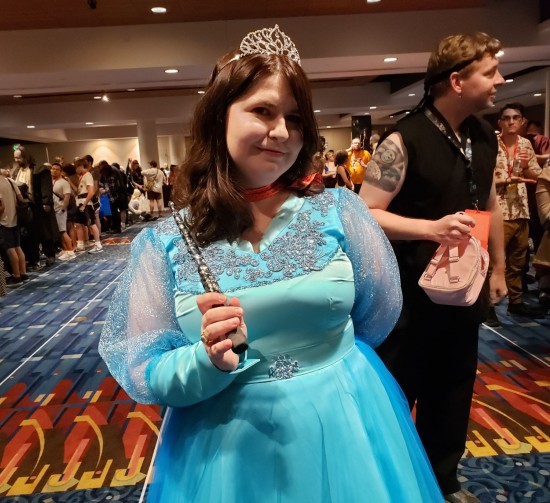 Tabitha the evil Fairy Godmother from The CW’s Legends of Tomorrow.

A cadre of Visitor guards standing by at the Jane Badler/Marc Singer V panel on Friday.

The nefarious Dr. Eggman from the world of Sonic the Hedgehog, suspiciously lurking. 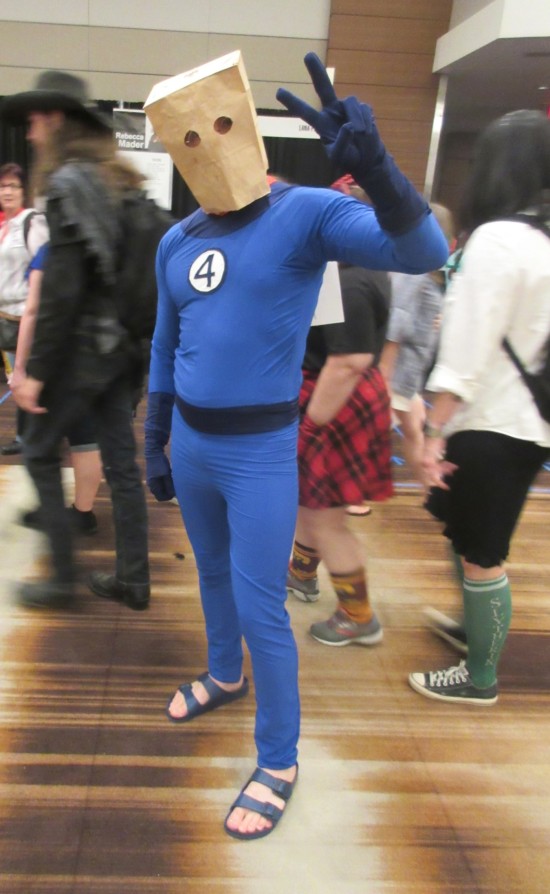 Peter Parker, the amazing Bag-Man in a one-shot moment from Amazing Spider-Man #258. Long story if you don’t know it, but the short version is this was all Venom’s fault. And partly the Human Torch’s.

Doctor Who meets peaceful landscapes in the mashup world of Bob Davross. Revenge is a dish best served with happy little trees painted on it. 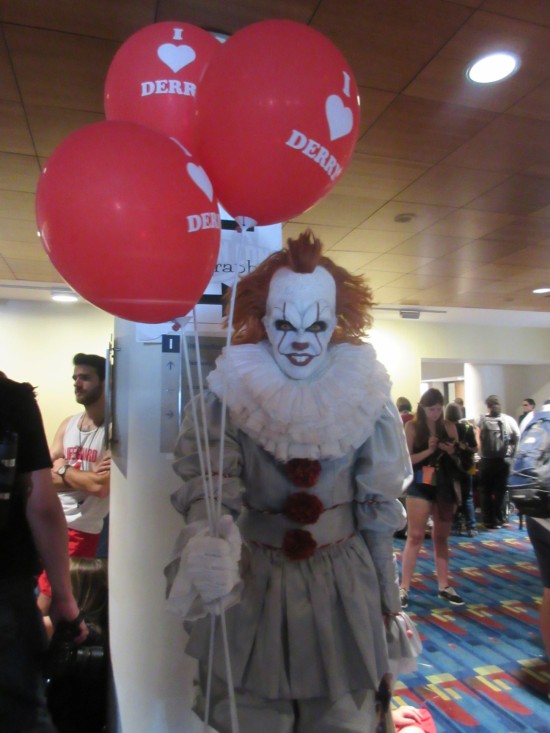 Pennywise, star of IT Chapter 2, now in theaters!

To be continued! But with no more cosplay. Alas. Other chapters in this very special miniseries: