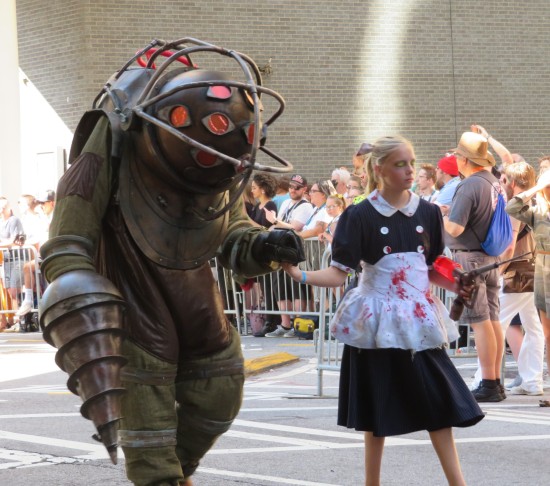 Big Brother and Little Sister from the Bioshock trilogy.

…such as that Saturday morning parade through downtown Atlanta. In this installment we focus on characters from the world of gaming — those that I could identify or half-identify — plus a mini-gallery of folks from a certain old HBO series. 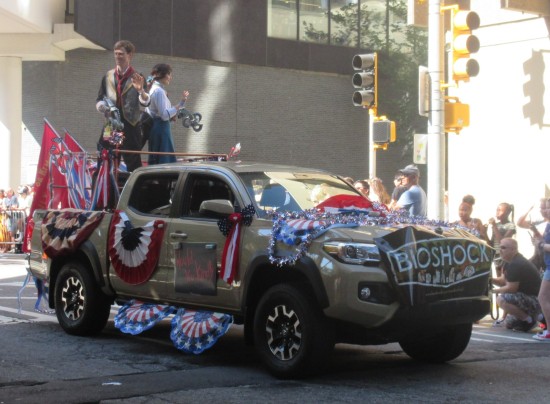 Infinite heroes Booker DeWitt and Elizabeth riding in the Bioshockmobile. 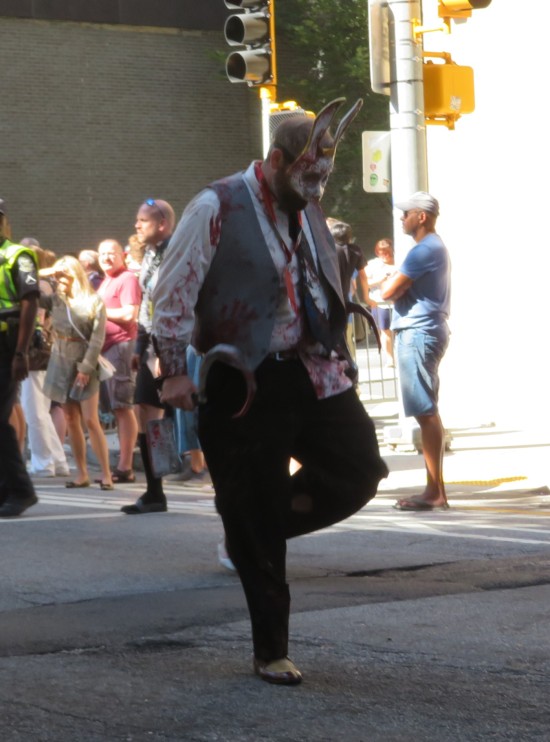 One last Splicer before we move on.

The Borderlands fans make their entrance. This parade really speaks to me. Longtime MCC readers may recall that time I spent over a year on Borderlands 2. Also, spending days posting all these D&C photos is a great excuse to continue procrastinating my remaining challenges on Borderlands: The Pre-Sequel.

Unfortunately I don’t have a current-gen console (still rocking a PS3 for now), so I’m about to be left out of the Borderlands 3 party. These fans won’t be, I’m sure.

Dr. Zed in the middle, whose health and shields can come in handy, though I’ve never cared for Zed’s “Turtle Shields”. 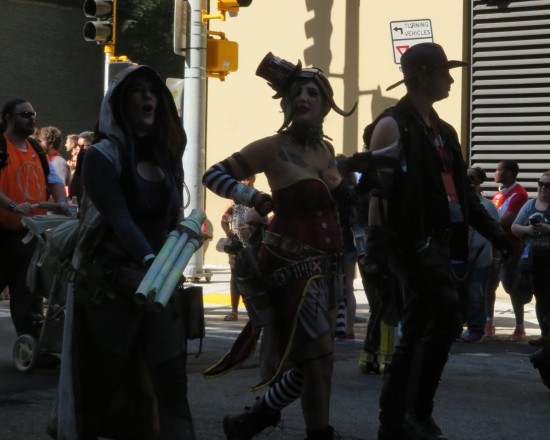 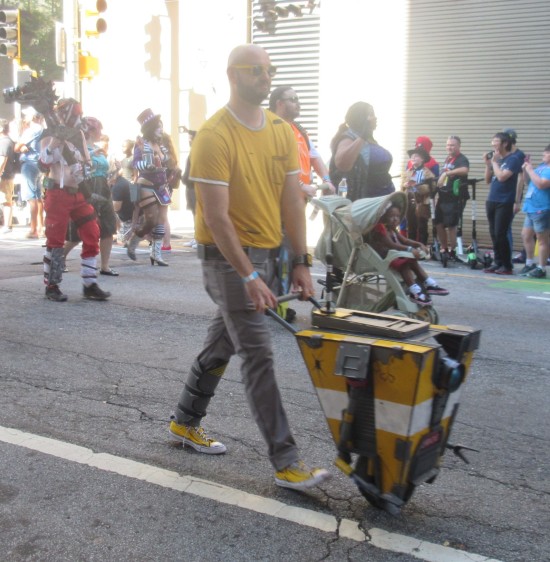 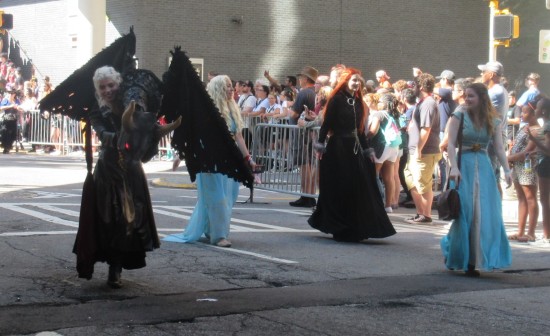 Shifting gears again, this time for a selection from Game of Thrones. I didn’t watch it, but I’ve run across plenty of chats about it. Here’s Daenerys and the biggest shoulder-perched cosplay dragon I’ve ever seen. A bit to the right of her is Sansa Stark, played by Jean Grey.

A White Walker, another Daenerys, and Jon Snow the Know-Nothing. 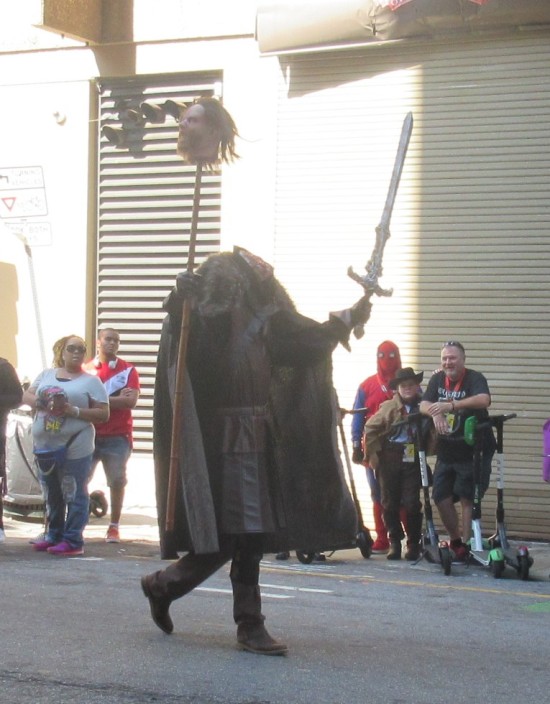 The complete Ned Stark, I believe. Some reassembly required.

All I know about this very happy GoT dude is he expended tremendous energy to excite the crowd and get a loud response out of us. I appreciate that in a parade.

Back to video games with a platoon of HALO soldiers.

If I’ve kept my notes straight, these should be Dragon Age warriors.

Overwatch is beyond my bailiwick, but I’m fairly certain this is some of them. 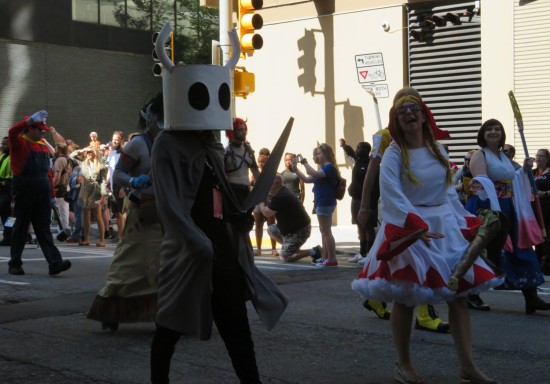 I thought these were also Overwatch but I’m seeing a Yuna from Final Fantasy X at far right, so I’m apparently off base.

Representation from Resident Evil beyond just the Umbrella Corporation, whose henchmen pop up at some of our Midwest cons. 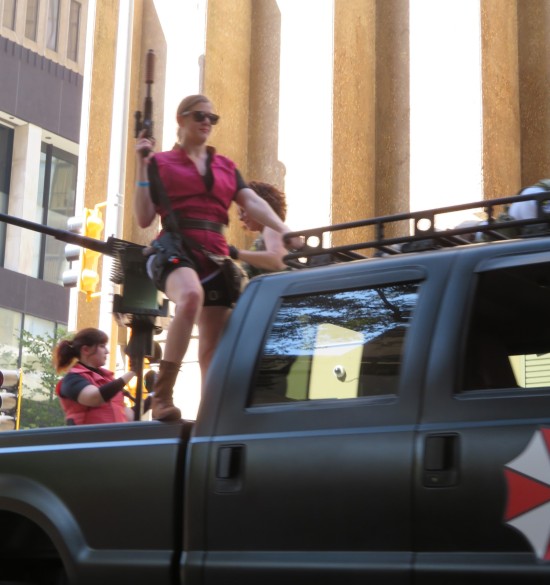 Claire from the Resident Evil universe, on guard because no place is totally immune to zombie outbreaks.