Maleficent with her foes Flora and Merryweather.

..such as that Saturday morning parade through downtown Atlanta. In this installment we focus on characters of the Grand Disney Empire, including Marvel and Star Wars because why not. 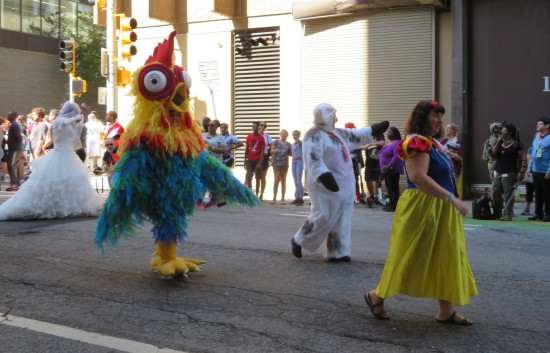 Hei-Hei from Moana and Snow White. 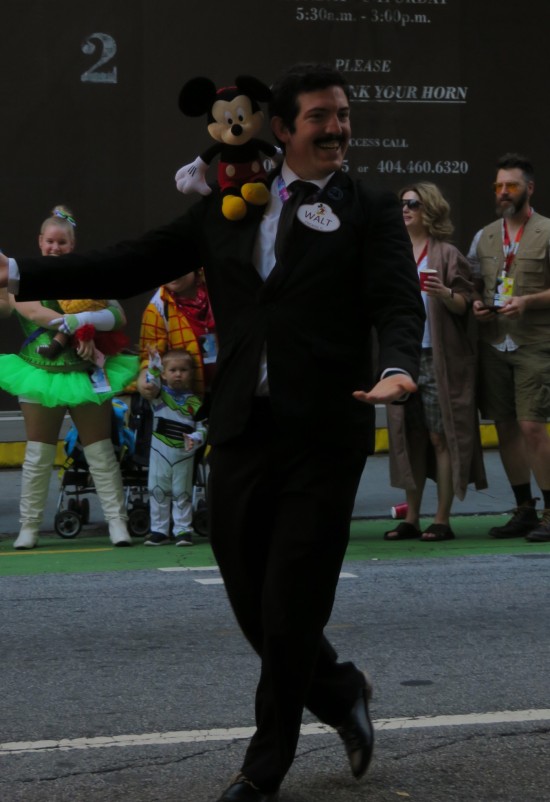 The man, the myth, the mogul: Walt Disney. 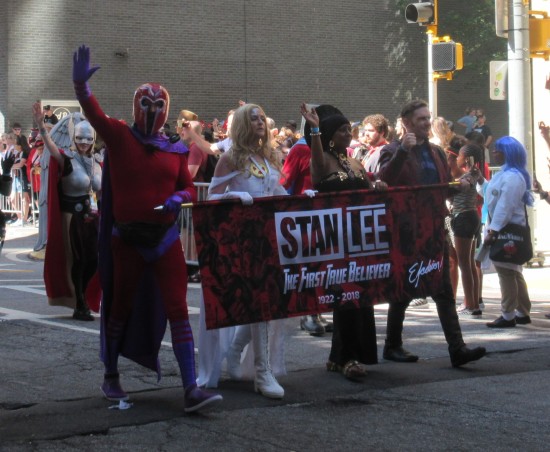 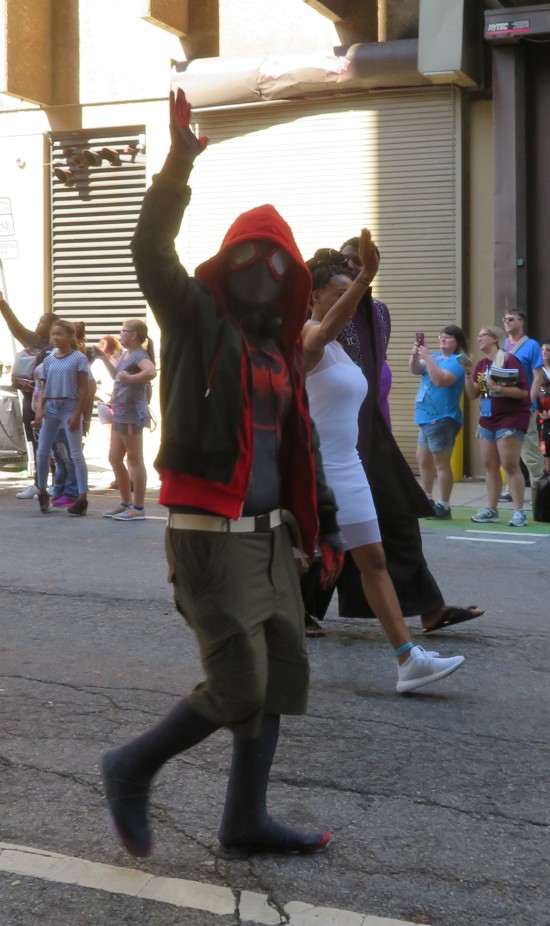 Miles Morales, star of my favorite film of 2018. 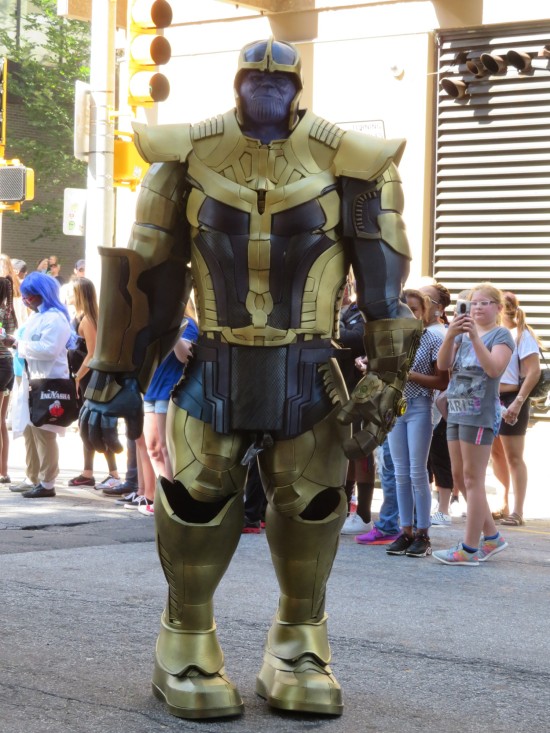 Thanos, costar of the highest grossing film of 2019. 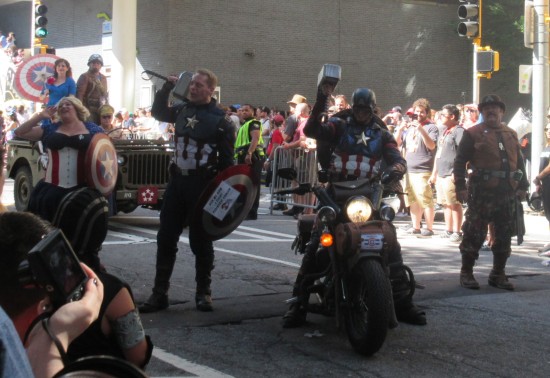 Black Panther and Storm with a light Game of Thrones twist.

Dr. Strange cutting through the Dark Dimension with his trusty Day-Glo spells. 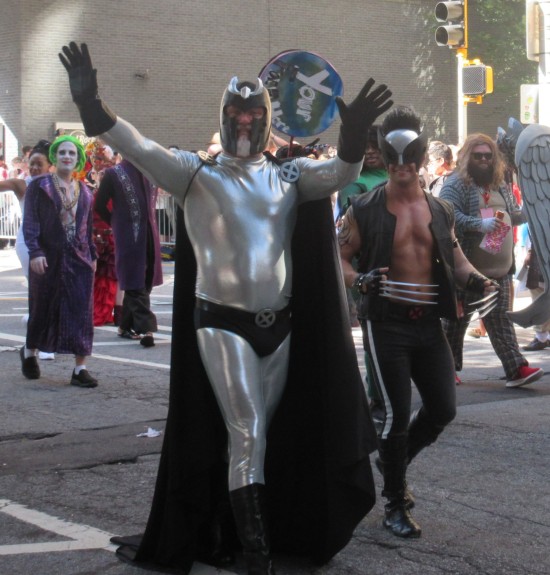 Magneto and Wolverine in their X-Force variant costumes. 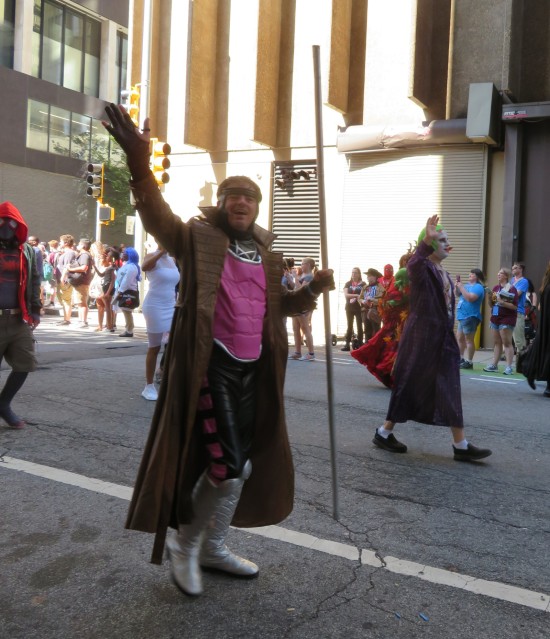 Gambit joined the X-Men after my time, but he has his fans.

The Mole Man, secretly hoping someone ever makes a decent Fantastic Four film so he might have a turn at the big screen. 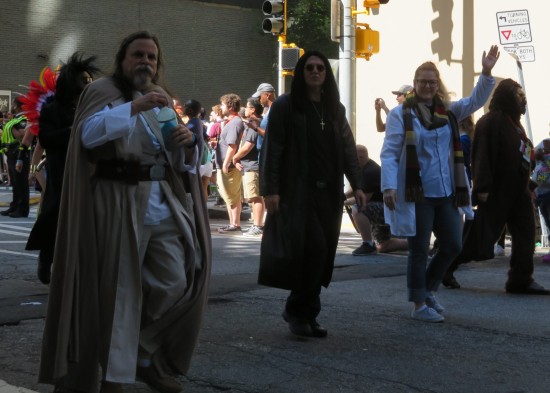 Luke Skywalker and his blue milk, the one substance in the universe that Ozzy Osbourne has never chugged by the barrel. Also, Ozzy meets Osgood! Osgood, Ozzy. Ozzy, Osgood.

C-3PO riding with the local chapter of the 501st Legion. Much more dignified than being carried by Ewoks. 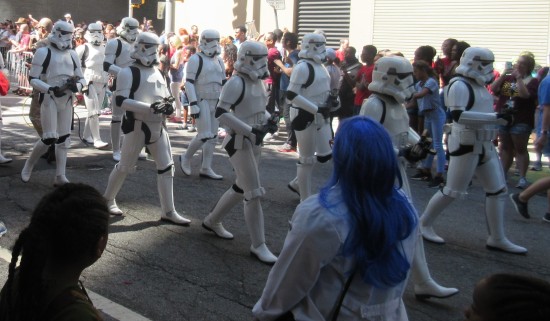 The only time we’ve had cosplay parades here in Indianapolis was at Star Wars Celebration 2002 and/or 2005 (I forget which), when it was mostly Stormtroopers.

We learned the distinctive carpet in the Atlanta Marriott Marquis is a beloved Dragon Con running gag, represented in the parade by several cosplayers such as this Shagtrooper.

The Twi’lek Society was one of many very specific fan groups joining the festivities.

I feel like I’ve seen this Sith Lord before (maybe in comics?), but memory fails me. 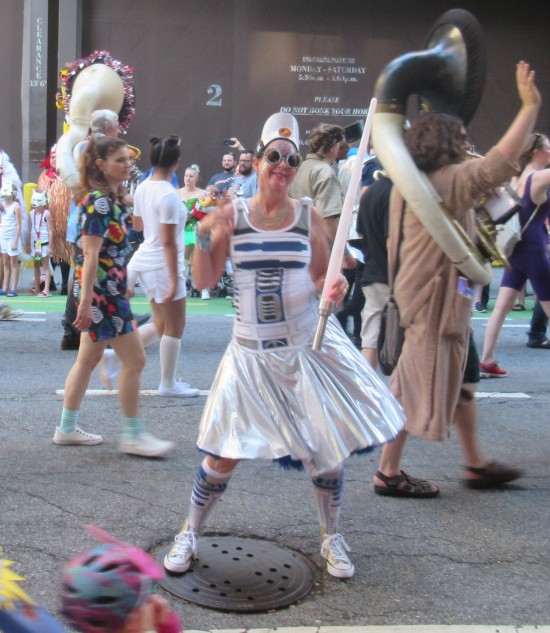 Ice cream Sandcrawler! Jawas from a planet made of burning hot sand decide to sell frozen treats for a living. 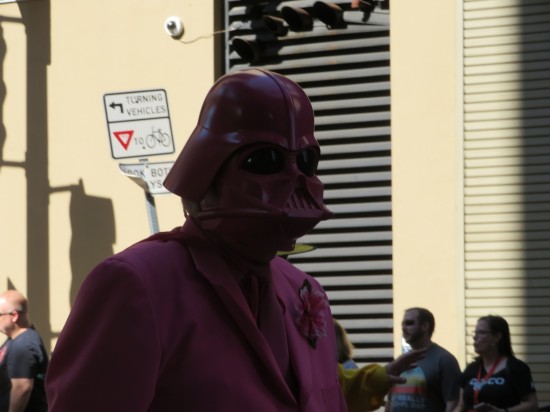 Darth Fuchsia asking how YOU doin’.