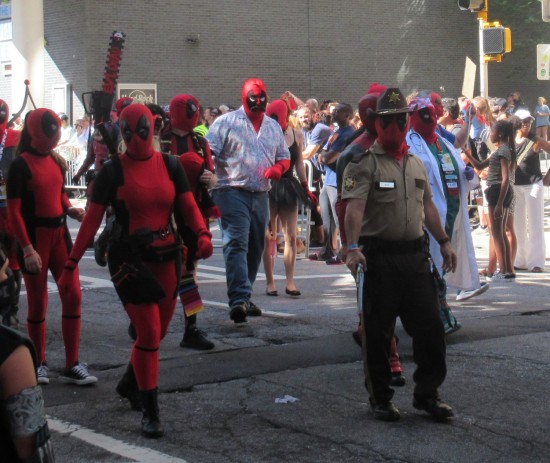 …such as that Saturday morning parade through downtown Atlanta. Longtime MCC readers are used to Deadpool variants showing up in every convention cosplay lineup. I promise we don’t show up at every convention center asking, “Pardon us, but can you direct us to all the Deadpools? There’re Deadpool cosplayers here, right? It would be so nice if there was Deadpool cosplay!” All we know is wherever we go, there he is.

The recipe for every Deadpool cosplayer: take your standard baseline Deadpool; mash up with one (1) character or profession; loosen up and serve. It’s fun! 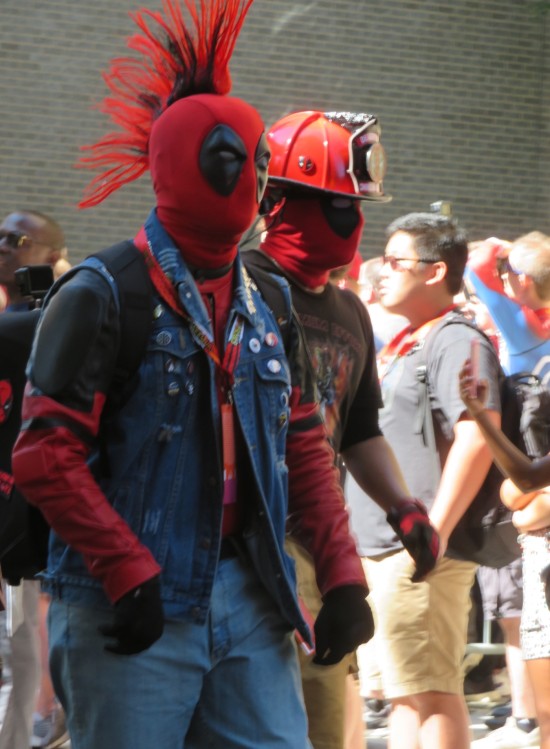 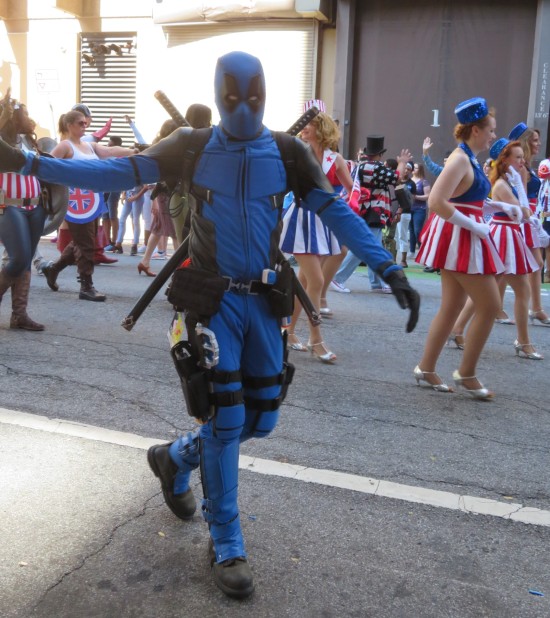 Bluepool and the Captain America dancers. 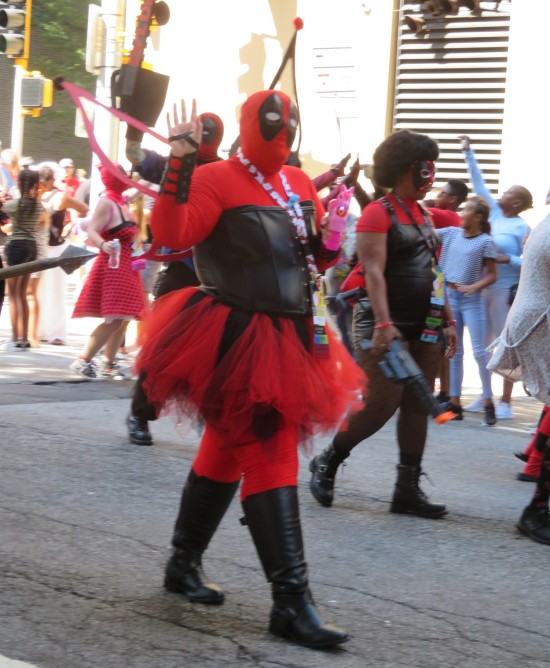 A sort of Animepool with giant-sized Koffing mug.

Pikachu ‘n’ ‘Pool, two Ryan Reynoldses for the price of one. 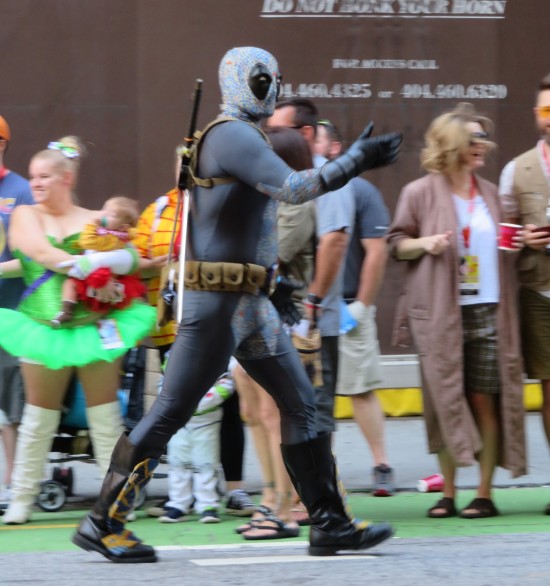 Marriott Carpetpool. I was not making that up. 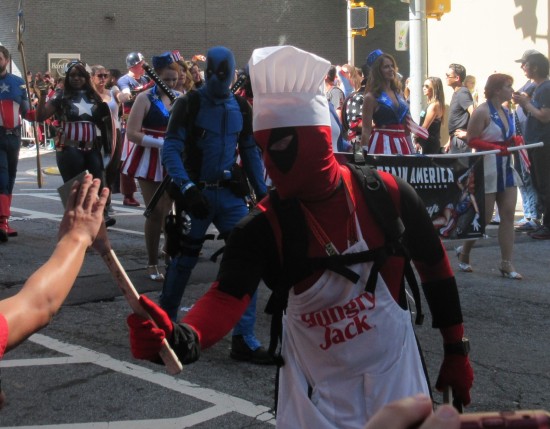 Chefpool! Finishing with a *chef’s kiss*