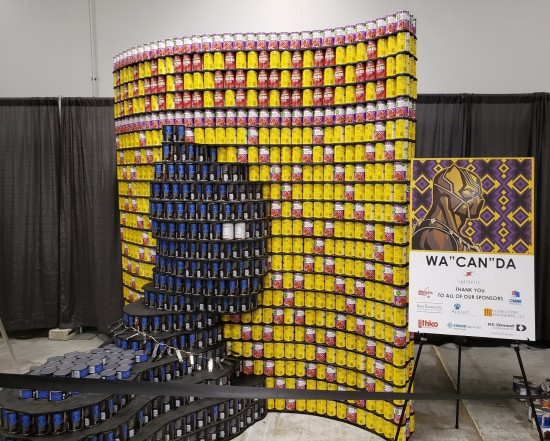 Black CANther welcomes you to WaCANda, homeland of King TIN’Challa. (Look, I didn’t start it, okay?)

One of the many creative events each year is the Canstruction contest, which isn’t necessarily exclusive to local 4-H youngsters. Canstruction is a charitable organization that holds nationwide events in which engineers and other clever planners compete against each other in building the best sculpture made entirely from canned goods, preferably in recognizable shapes and not ordinary stacks with boring titles like “Can Do!” After the judging and the public displaying are over, all those meticulously planned figures are torn down and the components are donated to local hunger relief charities, who in turn forward them to needy families totally unaware their next few meals used to be Art.

In keeping with this year’s “Heroes in the Heartland” theme and its inclusion of beloved mainstream superheroes, contestants were asked to make superheroes out of cans. The results were amusing for all but the most cantankerous.

Superman, the Man of Aluminum. 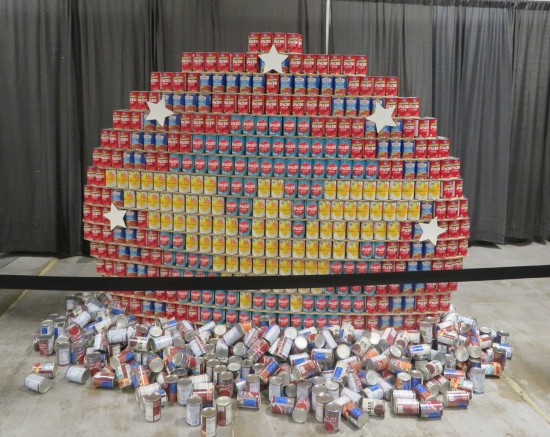 A rare context in which it’s actually polite to check out Wonder Woman’s cans. 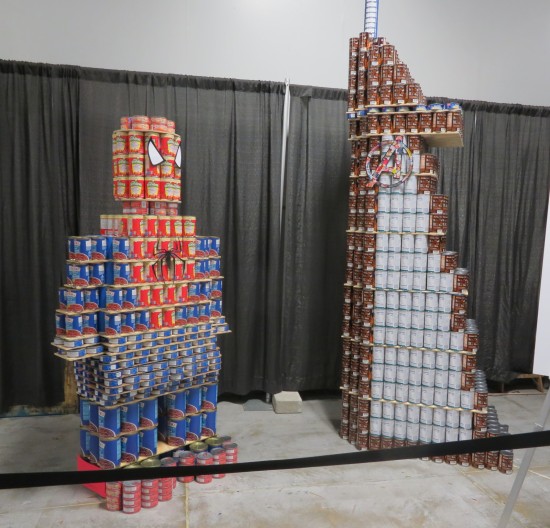 Spider-Can, Spider-Can, does whatever a grocer can. Costar of the hit film Avengers: Endcap.

Thor with a cape made of gravy packets, apropos of his Endgame couch potato bod.

Lord knows Tony Stark has gotten more than his share of “tin can” jokes in 50+ years of comics, even without this setup as an easy opener.

He is Groot! Made entirely of canned mushrooms. The fact that not everything lends itself to punning is, I guess, the morel of the story.

More to come! Other chapters in this very special miniseries: