I tried every possible angle and couldn’t find one that would eliminate the reflections on this Good Omens fan art.

…so we’re interested in seeing what new works of paint, photography, building blocks, and science have been offered up for the various competitions. The State Fair holds its massive celebrations on behalf of our farmers, but Indiana has no shortage of artists, either. They come from all demographics, work in multiple media, bring ideas from pop culture as well as from their own home life, and all contribute in their own ways to the Hoosier State hometown legacy. 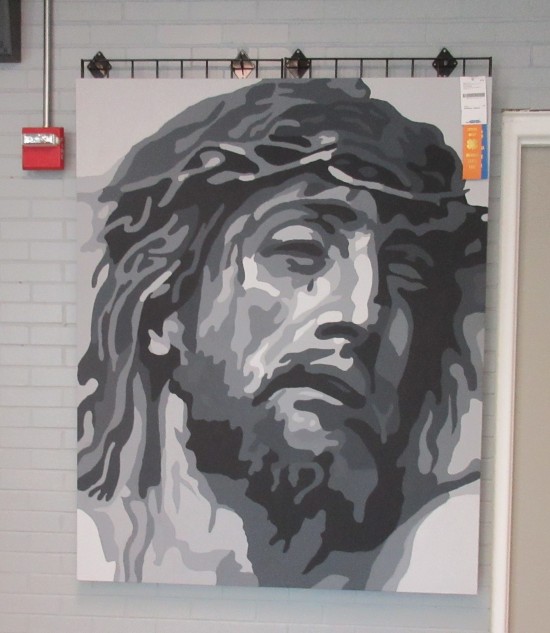 A duotone Jesus for some reason hung between two restroom doors.

The Beatles, literally hooked on strings. 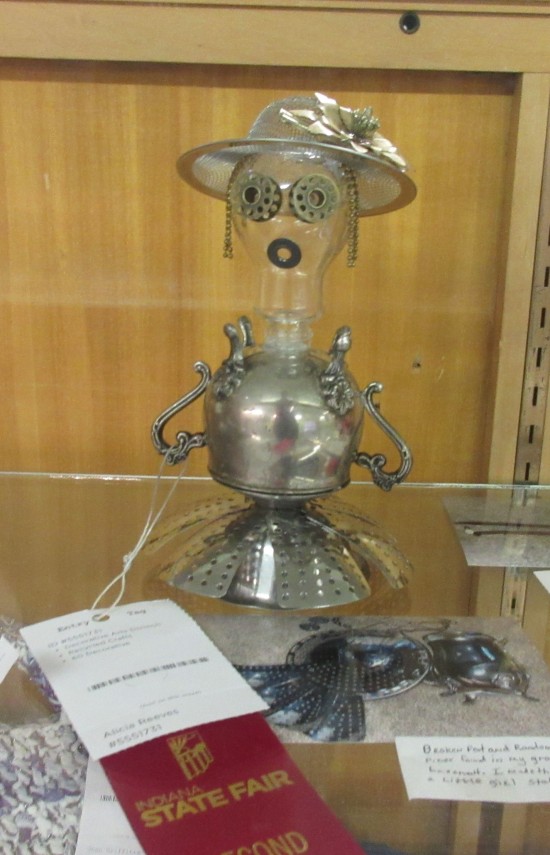 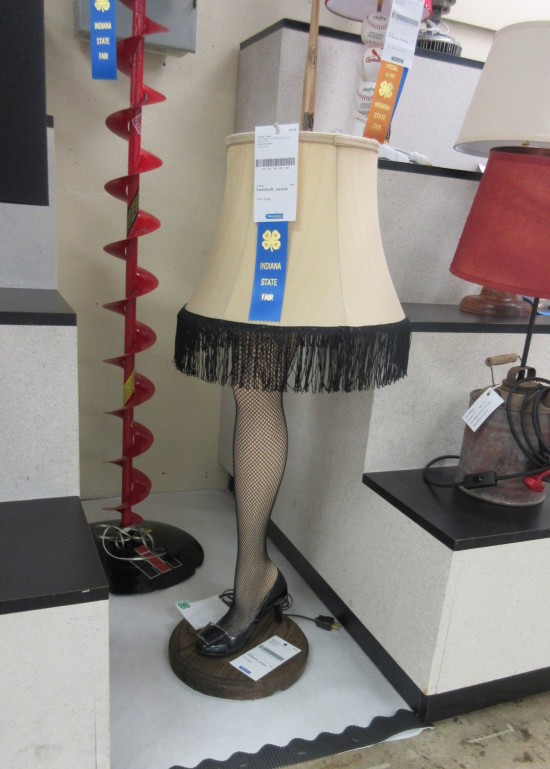 4-H ribbons are okay, but this is a major award! 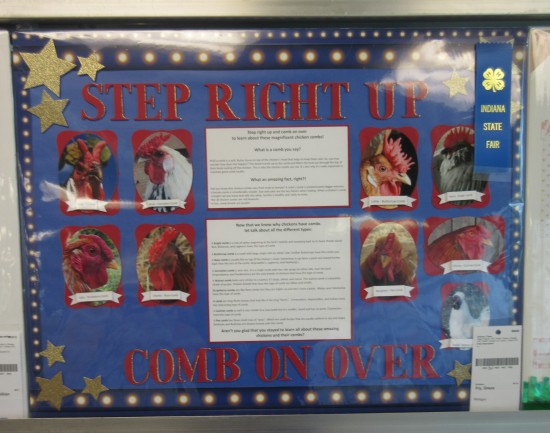 Posters are an integral part of the 4-H experience for all ages. In my book, the more puns, the better.

Vincent Price’s Egghead would be proud. 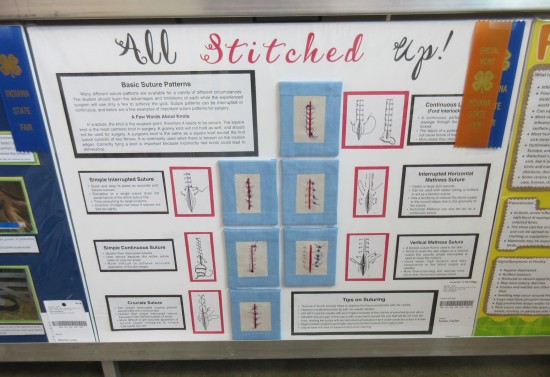 Some posters actually taught me fascinating things, such as this comparative study of suturing techniques.

Anne the WWII aficionado confirmed this thesis is in fact legit.

This primer on how groceries trick customers into spending more was hard to read up on the top shelf, no doubt placed up there by The MAN.

For anyone who ever wondered why Michael Scott wasn’t allowed to play with the baler down in the warehouse.

They call it…Caskart! They tuned a casket into a go-kart with 12-hp engine and “flamethrower exhaust”. 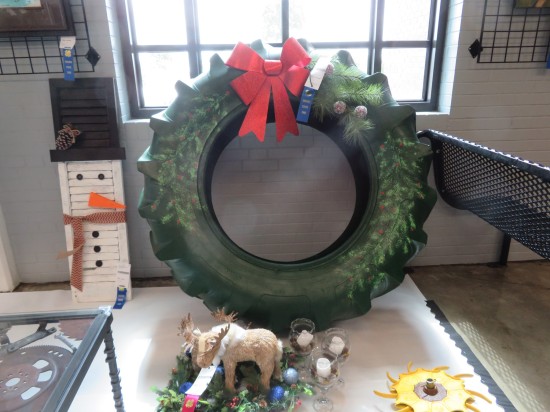 Tractor tire Christmas wreath. The hard part is finding a door large enough to hang it on.

A “Blue Line flag” made of bullets and casings. 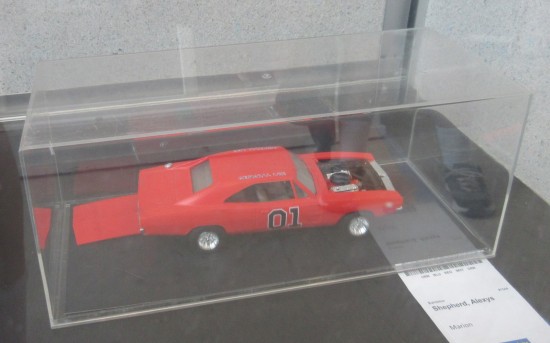 The General Lee but censored, like that one version of E.T. where the Feds’ guns were all digitally erased. 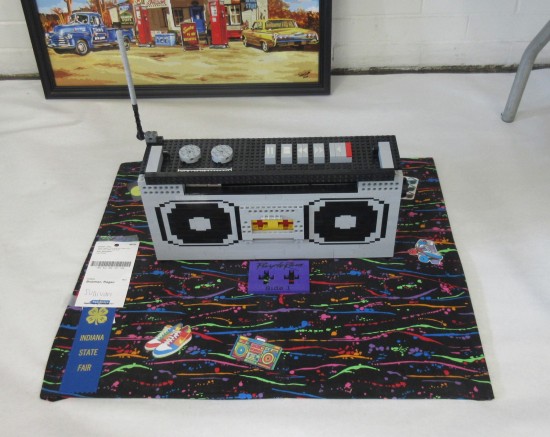 As always, Legos were in the house. Kids, ask your mom or dad what a “boom box” was.

The four founders of Lego Hogwarts.

More to come! Other chapters in this very special miniseries: