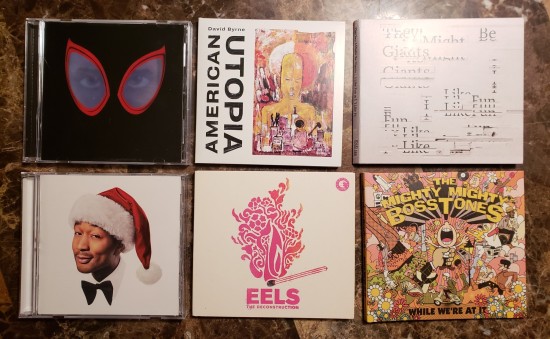 Pretty sure that paltry number still puts me in the upper 10% of American physical media shoppers.

It’s that time again! The annual entry where I look back at the previous year as one of seven people nationwide who still prefers compact discs to digital. I’d probably also count myself among the trendier listeners still collecting vinyl if my last record player hadn’t given up the ghost about twenty years ago. I don’t splurge too much because it’s increasingly tougher for new music to catch my ear as I grow older and more finicky, and as my favorite acts of yesteryear die, stop recording, or turn toward musical directions that take them beyond my zones of interest. That usually means missing out on what the majority loves, thus further dragging me down the long plummet into total irrelevance.

The following list, then, comprises every CD I acquired in 2018 that was also released in 2018. On with the countdown in all its lack of diversity, from the kinda-not-for-me to the unexpectedly inspirational.

END_OF_DOCUMENT_TOKEN_TO_BE_REPLACED

On with the chronological countdown!

END_OF_DOCUMENT_TOKEN_TO_BE_REPLACED 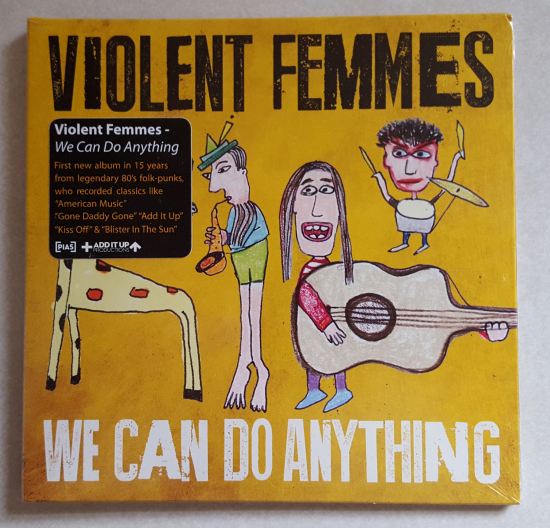 It’s that time again! The annual entry where I look back at the previous year, marvel that I’m still buying new music at all, reaffirm my disinterest in digital, and boast how I’m one of eleven people nationwide still buying CDs. I don’t buy a lot of them, though. I rarely connect with the Top 40 acts that get all the social media attention. My favorite bands tend to be old and denied promotional push from their labels, assuming they still have a contract. I’m open to hearing new bands, but my styles of choice are narrowing over the years and I’m a lot less enamored nowadays of bratty whippersnappers who overestimate their own wisdom. Fortunately my finicky criteria don’t eliminate all musical acts. Yet.

END_OF_DOCUMENT_TOKEN_TO_BE_REPLACED 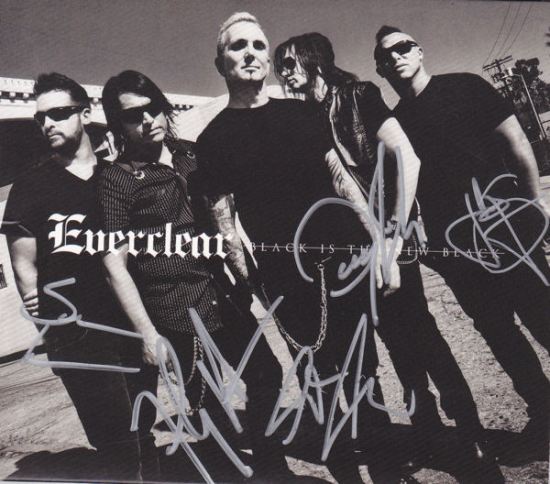 I don’t get many musicians’ autographs, but when I do, it’s almost always in absentia. Alas.

It’s that time again! The annual entry where I look back at the previous year, marvel that I’m still buying new music at all, reaffirm my disinterest in digital, and boast how I’m one of twelve people nationwide still buying CDs. I don’t buy a lot of them, though. I rarely connect with the Top 40 acts that get all the social media attention. My favorite bands tend to be old and denied promotional push from their labels, assuming they still have a contract. I’m open to hearing new bands, but my styles of choice are narrowing over the years and I’m a lot less enamored nowadays of bratty whippersnappers who overestimate their own wisdom. Fortunately my finicky criteria don’t eliminate all musical acts.

The following list, then, comprises every CD I acquired in 2015 that was also released in 2015. On with the countdown, from least favorite to worthiest:

END_OF_DOCUMENT_TOKEN_TO_BE_REPLACED 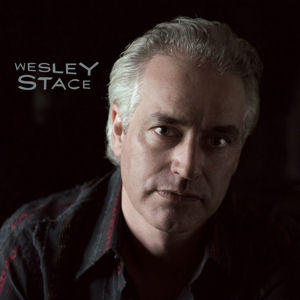 This man deserves to be selling zillions more albums. Someone see to it.

It’s that time of year again! The last time I summarized my year in music purchases, it was slightly longer than this year’s list, only because I bought a 2012 reissue that merited inclusion. I don’t limit myself to a maximum of seven CDs per year; the identical count is coincidental. Blame the music industry for largely boring or alienating me nowadays. As you can imagine, local commercial radio is no help.

The following, then, comprises every CD I acquired in 2013 that was also released in 2013. Back-catalog materials are forbidden from inclusion, though allow me to express in this singular clause that I wish I’d gotten Elvis Costello and the Attractions’ Live at Hollywood High much, much sooner.

On with the countdown, then — from least best to surprising favorite:

7. Childish Gambino, Because the Internet. The only other rap album I bought in the last five years was Donald Glover’s 2011 pseudonymous debut Camp — a killer mix of scathing satire and autobiography, laced with pop-culture references as cutting descriptors rather than random gags. Harsh language isn’t my thing anymore, but the Community-clever snark and wounded candor rose above. His sophomore effort, on the other hand, is a hodgepodge of half-finished tracks, electronic hooks in search of lyrics to stick to, verses that lead nowhere, Bone Thugs speed-rap for listeners who love rhyming words but hate complete sentences, and a general impenetrability that strings a velvet rope in front of us intruders who don’t Get It.

Sample track: The obligatory NSFW single “3005“, in which he sounds defensive about his insecurities and comforts himself with in-jokes. Or something. But it’s more or less a complete song in music-class terms. Points for English class completeness, I suppose.

END_OF_DOCUMENT_TOKEN_TO_BE_REPLACED

Apparently because the showrunners can peer inside my mind and divine all the right ways to earn an instant thumbs-up, tonight’s episode of Bunheads concluded with Sasha (played by Julia Goldani Telles — in Archie Comics terms, she’s the Reggie of our four teen heroines) and two backup dancers performing a routine set to They Might Be Giants’ classic “Istanbul (Not Constantinople)”. It pains me to realize their version of the song is now over twenty years old and therefore qualified for “classic” status on age alone, despite complete lack of Top-40 love or common-man opinion, but there it is. I owned a copy of Flood long before the song was famously featured in an episode of Tiny Toon Adventures.

Their Malcolm in the Middle theme notwithstanding, any other chance to hear TMBG tunes outside the Internet or my CD collection is a rare major event in my life. I have zero (0) local friends who get them, not even my own family. In all their years of existence I’ve heard Indianapolis radio play exactly one TMBG song exactly one time, and why that honor went to a single rotation of “AKA Driver” I cannot even begin to speculate. I’ve seen them twice in concert — once at the now-defunct Music Mill and once at the Vogue — and in both cases I had to attend alone. Hence their headline status tonight. For me this is huge, even if it’s just for me and only me.

To the show’s credit, tonight’s episode was full of fun concepts even before the epilogue. Concept #1 provided the episode title, “Movie Truck”. Our main characters spend an evening grouped separately by age inside a full-on movie truck, which I gathered from the background glimpses is like Indianapolis’ own food trucks, except instead of food they serve a cinema inside a truck, walled with gypsy quilts and furnished with interior seating for a fair crowd. Someone must invent this if they haven’t already.

Trendsetting concept #2 in dire need of widespread acceptance and franchising: the cupcake ATM. When Michelle’s birthday night-on-the-town threatens to end before dawn because of Paradise’s small-town closing hours (I’ve known this pain, albeit without Michelle’s love of alcohol), a blessedly sober Truly is still enthralled by night-on-the-town fever (in an increasingly bubblier performance by Stacey Oristano as a meek-girl-gone-slightly-less-mild) and offers to drive them out to a rumored 24-hour cupcake ATM over in L.A. One scene later it’s dawn, they’re still awake but a little less toasted, and they have cupcakes thanks to the invention of a Redbox stocked with snacks instead of flicks. I can only hope the contents of this magical bakery-vending machine aren’t facilitated by an evil preservative formula that maintains freshness from within the product, like a reverse Hostess wrapper.

I hastily researched but couldn’t confirm the existence of a movie truck in real life (yet). To prove Bunheads isn’t secretly a science fiction show, I did find the following evidence of an alleged cupcake ATM sighting that doesn’t appear to be an SNL Digital Short or College Humor offering:

Concept #3 wouldn’t be my thing if it were real, but I won’t be surprised to see it exist within a year: Mountain of Arms, the R-rated movie-within-the-episode that I assume is like The Crawling Hand crossed with The Human Centipede. Our Four Teen Heroines obtain movie-truck passes and sneak out to see this future Criterion Collection classic without permission, all the better to escape an unfortunately epic rumble between Sasha’s troubled parents. I never had the wherewithal to pull such a stunt when I was a teen, but there was the time when I was eleven and snuck over to my friends’ house to watch Friday the 13th parts 1 and 3 on a surprise snow day when parents had to work. I recognize this ritual even if I naturally don’t condone it as an adult. (The moral: kids, do as I say now and not as I did then. And that’s…one to grow on.)

Between the majority of the above and an amusing sequence of movie-truck musical chairs, I found this a great character-building episode tonight (and I think I finally have all four girls’ names memorized now), even if it ended on a downer of a note, as relations between Sasha’s parents hit a new low, and a fateful letter in the wake of last week’s Joffrey Ballet auditions brings rewarding news that threatens to separate one of our lucky heroines from her best friends. I’m not sure which part of that is meant to be symbolized by Sasha’s non sequitur “Istanbul” set. Some deep thinking might be in order.

ABC Family will post the episode for online viewing on Tuesday, so another run-through of Flood will have to do until then.

Updated 8/2/2012, 8:05 EDT: As expected, the YouTube user took it down days ago. I’ve left it up for posterity because I hate being too much of a George Lucas with my old posts.