“After that night, I could never watch The Tonight Show again.”

I read The Shining during my big Stephen King phase back in high school. devouring nearly all his books from Carrie up through Gerald’s Game. I’ve run across Stanley Kubrick’s version countless times in TV reruns over the years and I think I’ve seen the entire film, but never in one uninterrupted, sequential sitting….though I did catch the 2013 documentary Room 237, which tabulated conspiracy theories about Kubrick’s deep, dark, double-secret meanings with which the film was allegedly fraught if you paid more attention to the backgrounds than to the actors.

Decades later, King returned to the remains of the Torrance family with the sequel novel Doctor Sleep, which I haven’t read. The sequel film it inspired from writer/director Mike Flanagan (Netflix’s The Haunting of Hill House) was escorted surreptitiously into theaters in the middle of an unusually packed November release schedule, then quietly ushered out the back doors, as if it were trying to escape the spotlight before Jack Nicholson came after it with an ax. As we prepare to trudge defensively into this long weekend in which internet folks will be slap-fighting over sequels that cling slavishly to their 40-year-old progenitors, why not pause and pay respects to a sequel that struck a dexterous balance between old confections and new directions.

END_OF_DOCUMENT_TOKEN_TO_BE_REPLACED 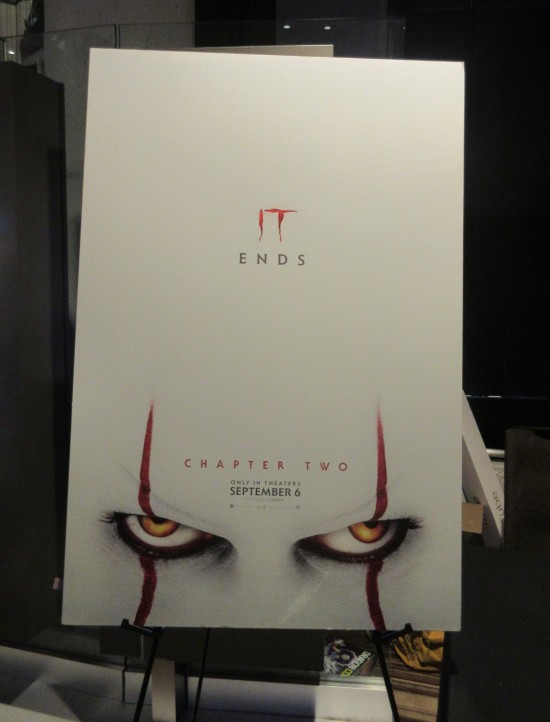 No, I am not ready to let go our our Dragon Con 2019 memories or souvenirs yet, thanks for asking.

My Stephen King phase lasted from roughly 1986 to 1993, and began when a late-night cable viewing of Christine spooked me so much that I checked out the novel from my junior high school’s library. Having consumed that, I resolved to catch ’em all. To an extent I inherited the fixation from my mom, whose all-time favorite novel is The Stand. I proceeded to read every novel from Carrie through Gerald’s Game, skipping only The Dark Tower series because the first one was impossible to find when my King spree began. (Drifting away from King’s work wasn’t his fault exactly. 1993 was among my darkest years.)

Though I do have my favorites among them, I have a particularly fond memory of the It reading experience. I sat down one evening with the 1000-page paperback edition and proceeded to devour the first 500 in one go. At 6 a.m. my grandma got up for breakfast and was quite surprised to see I hadn’t gone to bed yet. I haven’t done that in ages and would dearly love to have the free time and concentration power to devote to any task for that many hours in a row at my age. I blame the internet.