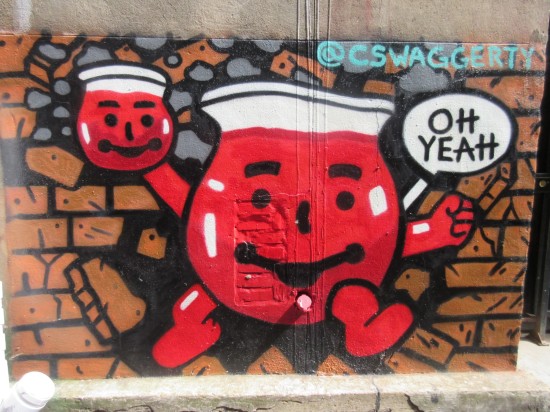 After the convention and an elevator ride into the Sunsphere, lunch was an immediate necessity. Other than a restaurant choice pegged through the magic of Google Maps, we didn’t have complicated plans for our downtown wandering — head from point A to B; eat food; marvel at incidental sights along the way. The area in general and one alley in particular caught our eyes and brightened our day.

END_OF_DOCUMENT_TOKEN_TO_BE_REPLACED 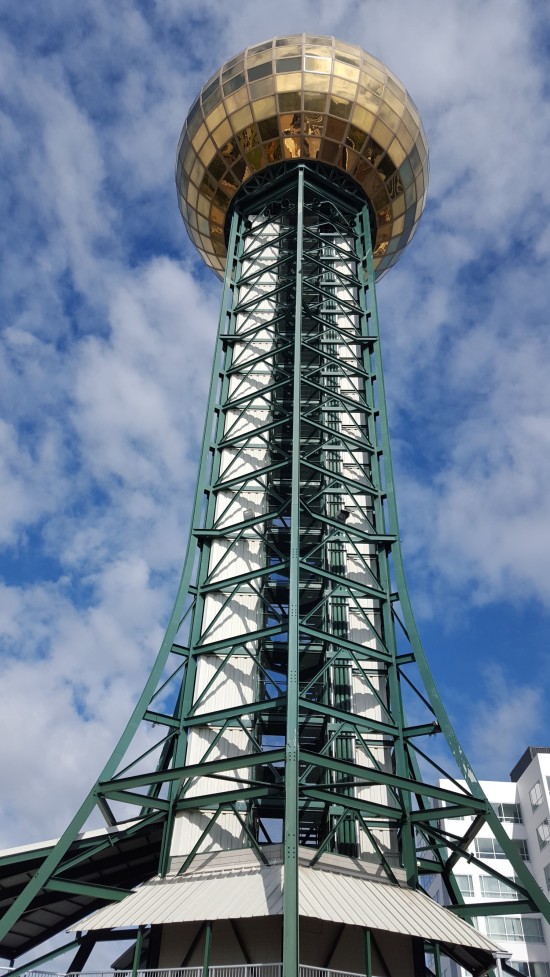 That’s over 266 feet (approx. 81 meters) worth of architectural achievement up there. Of course we had to visit it.

Previously on Midlife Crisis Crossover: earlier in October Anne and I drove down through Kentucky and down to Knoxville, Tennessee, to meet a few fabulous folks at Fanboy Expo’s Totally Awesome Weekend, a convention we’d never done before. After we’d had another round of geek fun, we capped off our weekend with quite a bit of sightseeing (including but not limited to a giant dragon).

Knoxville’s most prominent landmark is the Sunsphere, one of two surviving major remnants from the 1982 World’s Fair, but this remnant enjoyed a spot of fame in an episode of The Simpsons. We showed you the iconic exterior from a distance, which for us raised an obvious question: what about the inside?

END_OF_DOCUMENT_TOKEN_TO_BE_REPLACED

Ellen Ripley’s Caterpillar P-5000 Work Loader from Aliens. Sure enough, she does have a Class 2 rating.

As it worked out, our last out-of-state foray for 2017 took us to the longest-named event of our year. Since 2012 Fanboy Expo has been a staple of the scene in Knoxville, Tennessee. After a presumably successful show in June, this year they branched out to a second show in October, the Fanboy Expo Totally Awesome Weekend. We’ve never been to a basic Fanboy Expo, but we gathered the Totally Awesome Weekend spinoff was built to focus more on the actor guests than on the “comic” in “comic con”. I deduced this not from any public statements on their part, but on the fact that the guest list on their official website listed five (5) comics/animation artists and six tattoo artists. This is abnormal compared to the events held in our usual bailiwicks.

That disparity doesn’t have to be a terrible thing. My wife Anne and I are more satisfied when a show finds a fair balance comics and entertainment guests. This time, however, we saw FBTAW as a companion piece of sort, the flip side of the previous weekend’s Cartoon Crossroads Columbus. There, I’d had the opportunity to overdose on comics; this weekend it was Anne’s turn for a whirlwind reunion tour with familiar faces from the classic TV of her childhood. It was only fair, especially since her birthday’s this coming week.

END_OF_DOCUMENT_TOKEN_TO_BE_REPLACED 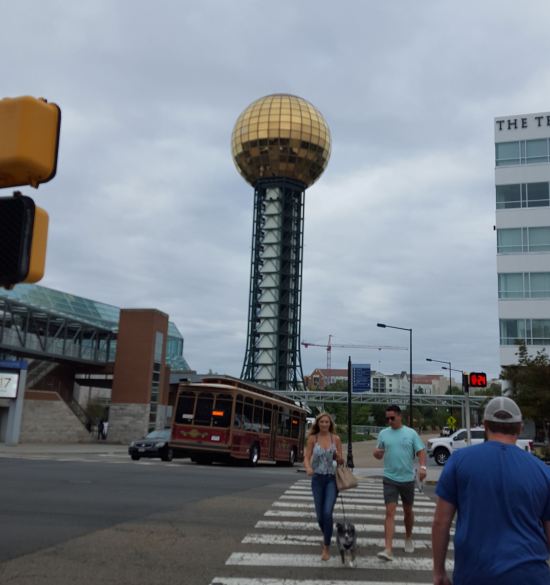 It’s weird how residents of cities with colossal attractions develop an immunity to the awe-inspiring sights they walk past every day. I suppose it’s a necessary defense to function in their otherwise normal lives.