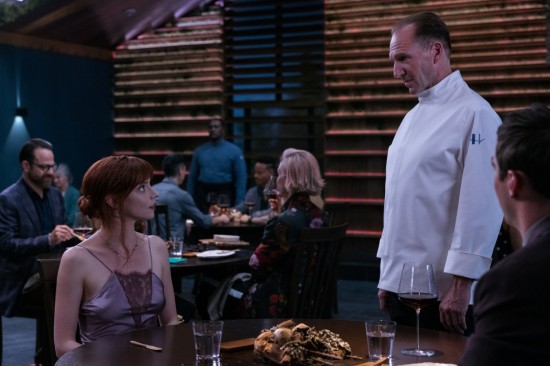 “No, miss, I will not recite today’s specials in Voldemort’s voice.”

Speaking as someone who’s been in customer service for 34years and counting: when everything goes well, the symbiosis between a service team and their customer — whether a singular exchange or a recurring relationship — makes for a heartening occasion that both sides can appreciate. They pull off the quid pro quo between creator/provider and receiver/consumer, and everybody wins.

When things go wrong between the two parties, the results can be anywhere from mild disappointment to small-scale war. The customer gets full of themselves, or the employees show up in a foul mood, or there’s a miscommunication between the sides that could be resolved with some calm negotiation, yet isn’t. No one wins, everyone’s miserable, and it’s another round of cringing when they look back on That One Time years later.

The Menu falls in the latter column as an extreme worst-case scenario. An evening gone wrong becomes no mere comedy of errors, but an all-out class-war ambush where no one is innocent.

END_OF_DOCUMENT_TOKEN_TO_BE_REPLACED

The Doctor vs. Illyana Rasputin: who wins?

As a kid I spent a lot of summertime Friday nights with my mom and grandma at the drive-in down the street. For a poor family like ours, drive-ins were cheaper than indoor theaters, especially if you stayed late and caught two or three films for the price of one. The concession stands served fried grub as affordable as any contemporary fast-food joint. Until the feature presentation rolled at sundown, free preshow entertainments abounded. Audience members could set out lawn chairs and mingle with folks they know in the next parking space over. Kids could goof around on the playground in front of the screen. And in the years before some entrepreneur figured out how to patch the soundtrack into a short-range FM signal, you could hang one of the drive-in’s own heavy, tinny, awkward mono speakers on your window, crank up the plastic white knob, and listen to the prefab radio program spinning the exact same songs at every showing for years until the drive-in closed in 1982 and was demolished to make way for boring medical offices.

The track listing in general — borne from the post-disco days of “easy listening” lullabies, country/western crossover hits, and ’60s leftovers-turned-standards — was a parade of inoffensive AM-radio earworms cultivated for my elders who liked their sonic backdrops as plain as a pus-colored Tupperware cup of sugarless lemonade on a wind-free porch. In the years ahead I’d come to develop my own musical tastes as the opposite of all that. To this day they’re why I respond poorly to slow jams, twee ballads, and somnambulist Starbucks-CD jangle-pop. Despite my youngster’s apathy, one single would catch my attention above all others every time: Petula Clark’s “Downtown”.

END_OF_DOCUMENT_TOKEN_TO_BE_REPLACED 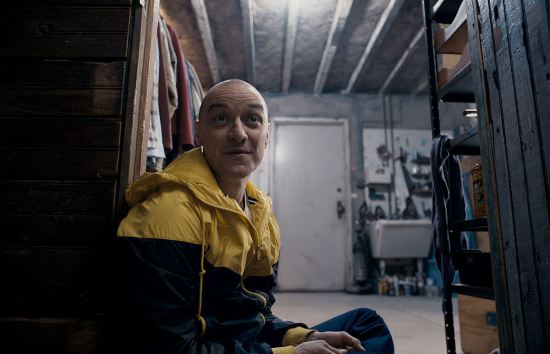 “You guys seem real nice. You wanna come watch X-Men: Apocalypse with me? It’s like the bestest super-hero film ever!”

Movie reviews may not be meaningful to every reader, whether as standalone essays or as en masse aesthetic bellwether, but there’s a reason the last M. Night Shyamalan film I saw was 2002’s Signs. Light word on the street about his last two projects — the Fox summer series Wayward Pines and the tiny Blumhouse scary film The Visit — hinted that perhaps a comeback was in the offing. The flashy trailer for his latest project Split appealed to me less on his name and more for the opportunity afforded James McAvoy to do his own riff on Peter Sellers in Dr. Strangelove, Alec Guinness in Kind Hearts and Coronets, or possibly Orphan Black. Sometimes it’s fun when talented actors from other countries play half the characters in a given production with a variety of accents. Sometimes, but not always.

On a related note: I’ve tried not to turn this into a full-on recap of the film, but the things that aggravated me most are largely spoilers, buried further down in the “Nitpicking” section in sum but not in exacting detail. If you’re hoping to catch Split someday with the mandatory Shyamalan “twist” intact, a few sentences here — as well as the film’s official entries on both Wikipedia and IMDb — may give you one hint too many of Shyamalan’s game plan. (This section throws shade and spoilers around for two other films, both more than eight years old. Stop me when that’s a problem.)