Same as 2019, one of our favorite D*C features was the annual Saturday morning cosplay parade. Each year hundreds of cosplayers team up in appropriate factions or categories, then march around the streets of downtown Atlanta in full regalia, or sometimes drive the route in their geek vehicles. Usually the lineup around the parade route is the best free opportunity for the public at large to join the festivities and get a taste of con life. As with many other aspects of the show, 2021 pandemic protocols restricted the live audience to Dragon Con attendees only, for whom COVID safety protocols were a requirement for participation. Locals were encouraged to watch on TV at home and weren’t supposed to show up. I have no idea whether the Atlanta PD actually cracked down on any badgeless looky-loos.

Over the next several chapters we’ll be sharing batches of pics we took in between our moments of gawking and recognizing and racking our brains trying to remember some of the more obscure character names. Some were from our fields of expertise. Some might be more recognizable to you than to us. Life and work will continue getting in my way over the next few days as we readjust to post-vacation life, but I’ll do my best to post as much as I can before everyone stops looking and caring. Enjoy! 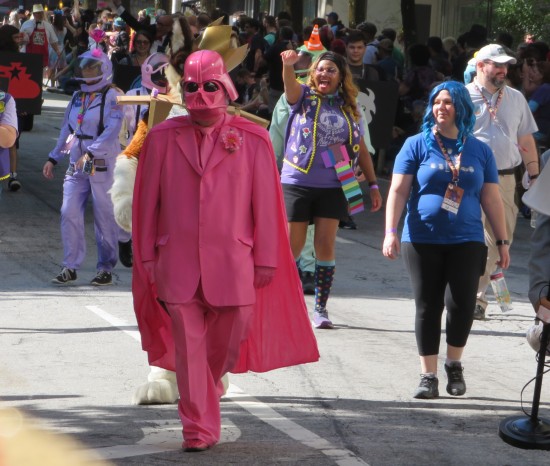 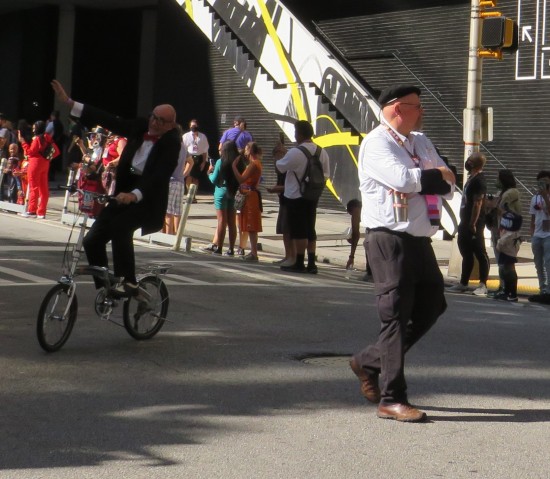 The Blues Brothers. Anne has seen more of their body of work than I have. 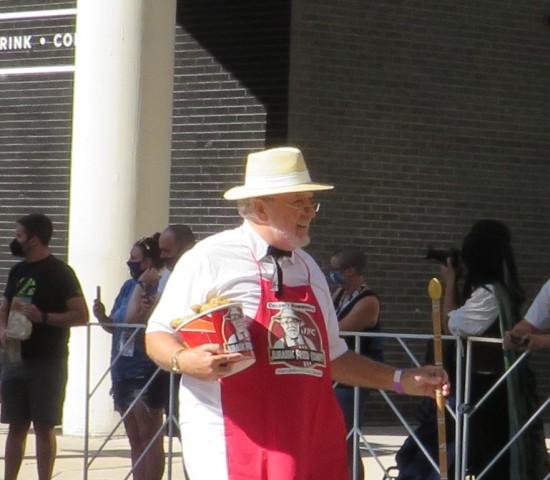 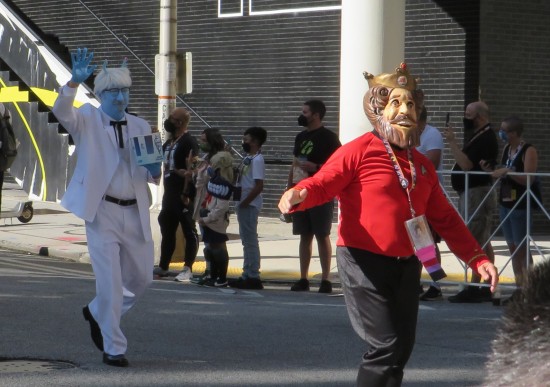 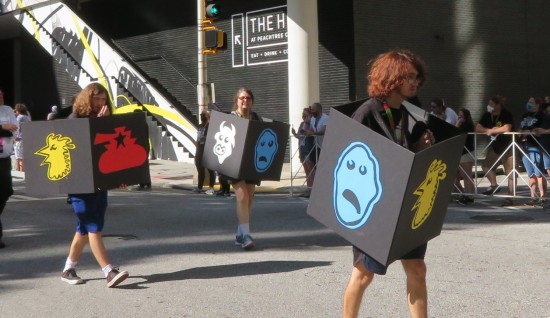 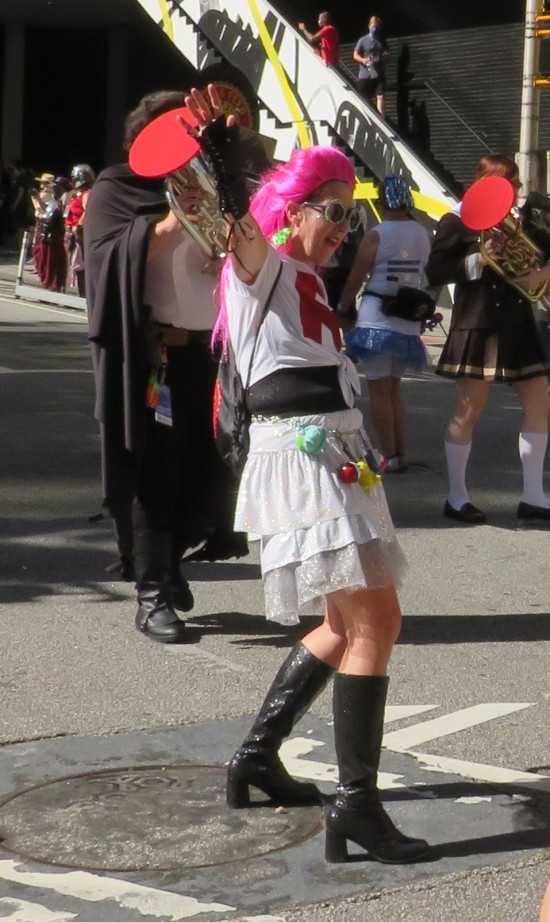 Jessie from Team Rocket, living it up sans James. 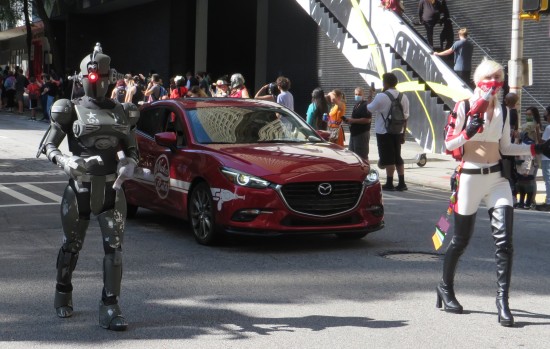 A trio from Fallout 4: an Assaultron, Nuka Cola car, and Nuka-Girl. 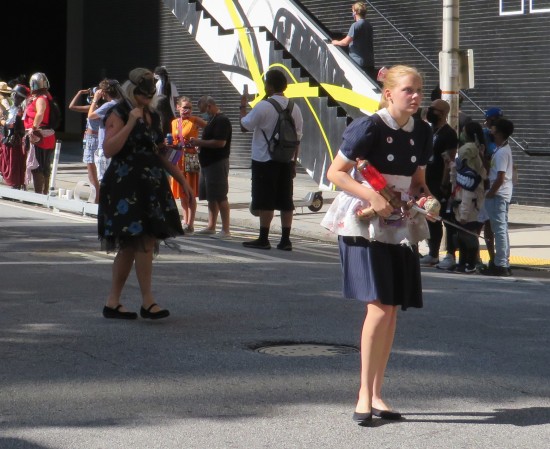 A Little Sister trailed by a Splicer, both from Bioshock. 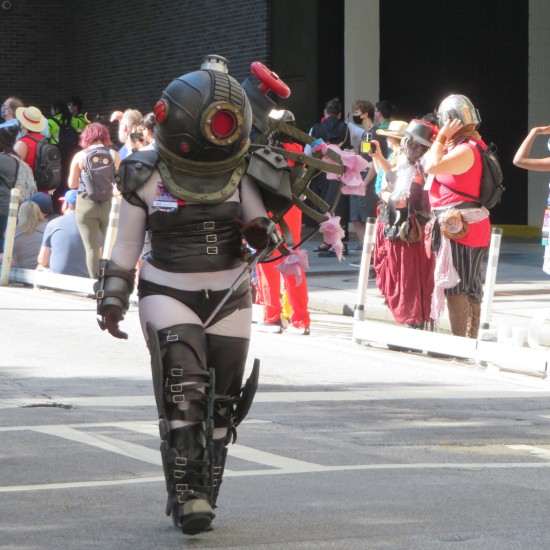 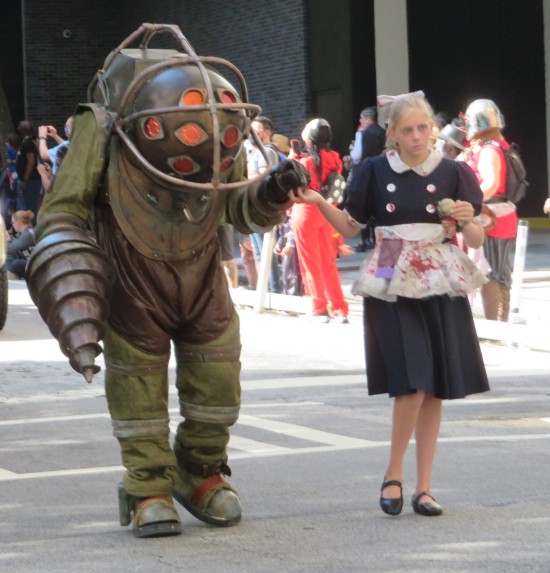 Also from Bioshock, Big Brother and another Little Sister. Did I mention I love Bioshock? 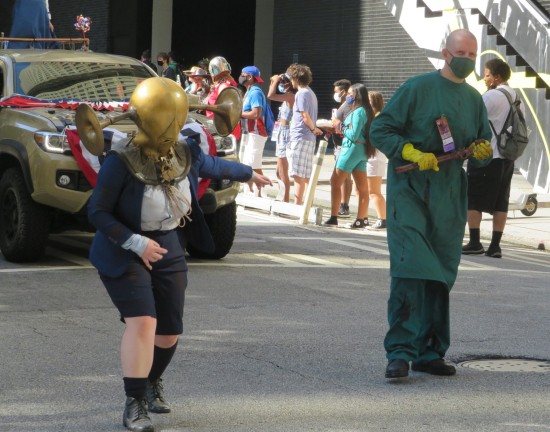 Seriously, yes, more Bioshock please: a Boy of Silence from Bioshock Infinite and…not sure if that’s Dr. Steinman or Dr. Grossman. Quite a few mad medical professionals in that world.

The stars of Bioshock Infinite, Booker DeWitt and Elizabeth Comstock. 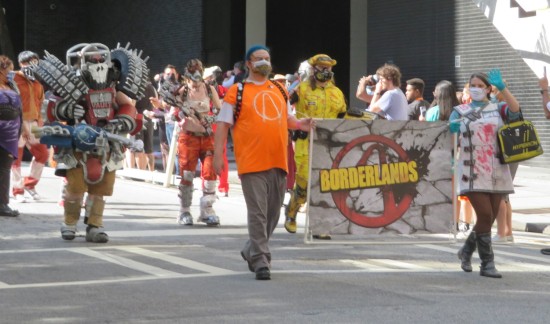 I’m also a huge fan of Borderlands, but I haven’t played Borderlands 3 yet. Someday, oh yes, it will be mine. 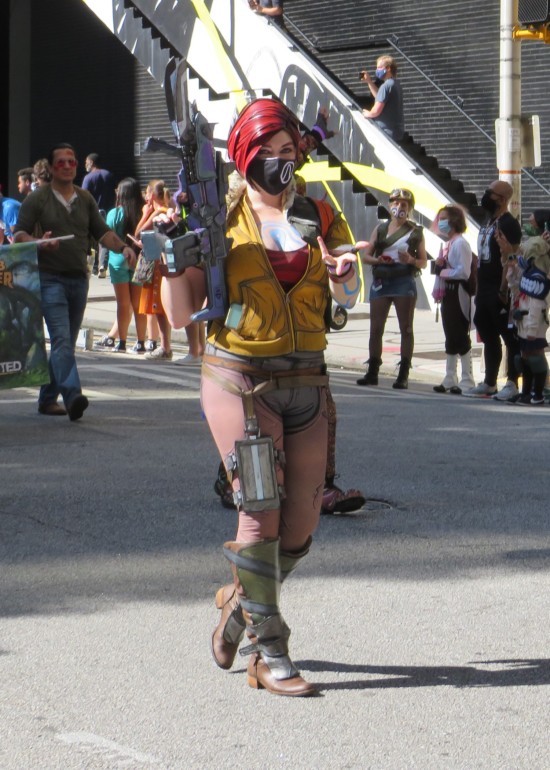 If Eli Roth’s Borderlands film makes it all the way to reality, Lilith is the character Cate Blanchett is playing. Fingers crossed! 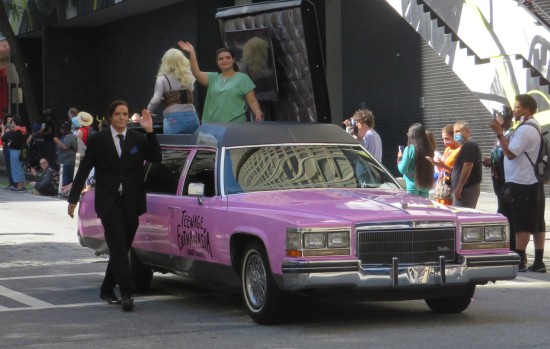 The cast of the new Adult Swim series Teenage Euthanasia, which just premiered on Labor Day. 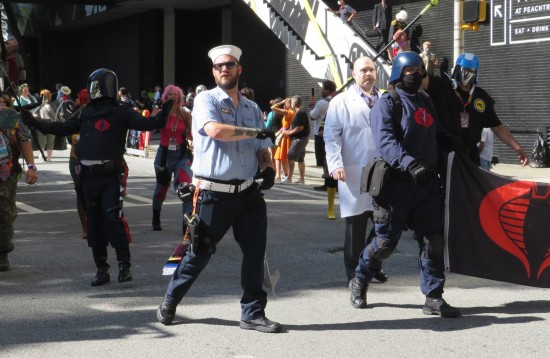 The G.I. Joe fun continues with Shipwreck and a cross-section of Cobra. 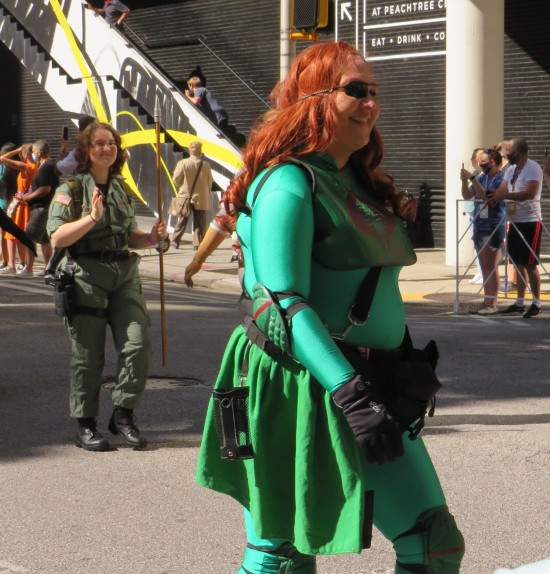 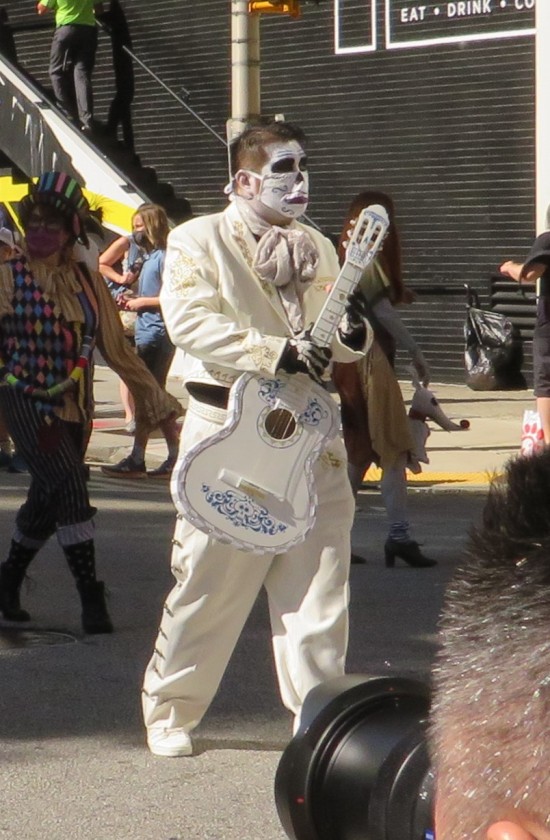 Ernesto de la Cruz from Pixar’s Coco. I have to pause here because I just remembered “Remember Me” again and now my eyes are misting up. This happens EVERY TIME. 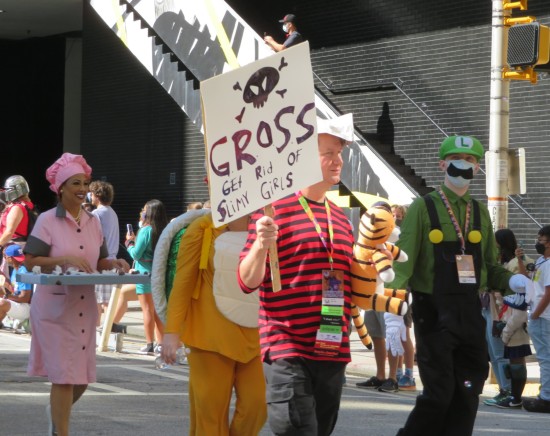 Calvin and Hobbes, Luigi, and Lucy with a conveyor belt full of chocolates. 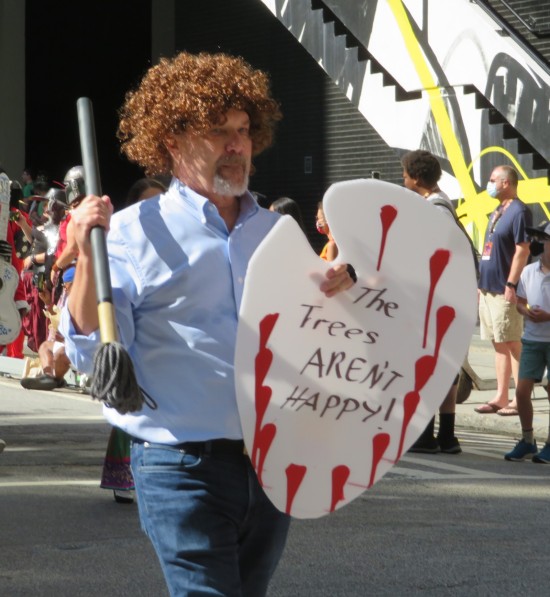 Dark Bob Ross paints with a palette of blood and kept shouting “THE TREES ARE NOT HAPPY!” Dark Bob Ross has seen some bad, bad stuff. 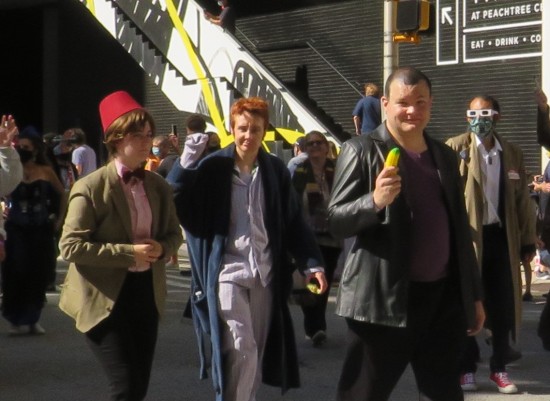 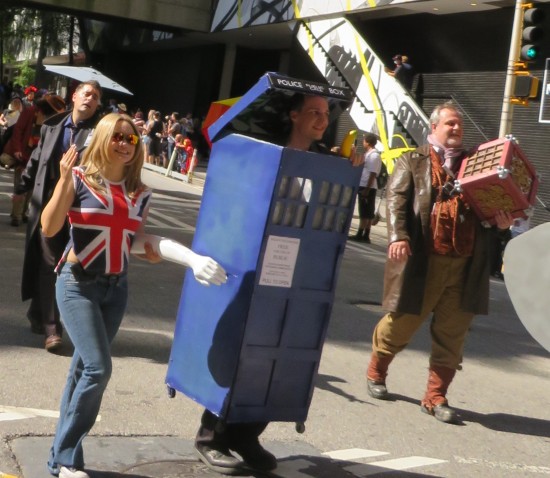 More Doctor Who representation from Rose Tyler, the TARDIS, and the War Doctor. 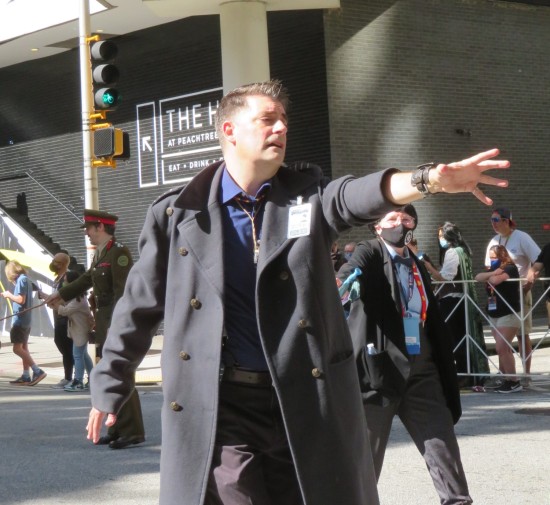 Straggling behind Rose, Captain Jack Harkness reaches to her in vain. [UPDATED 9/8/2021, with Anne’s loving assistance.] 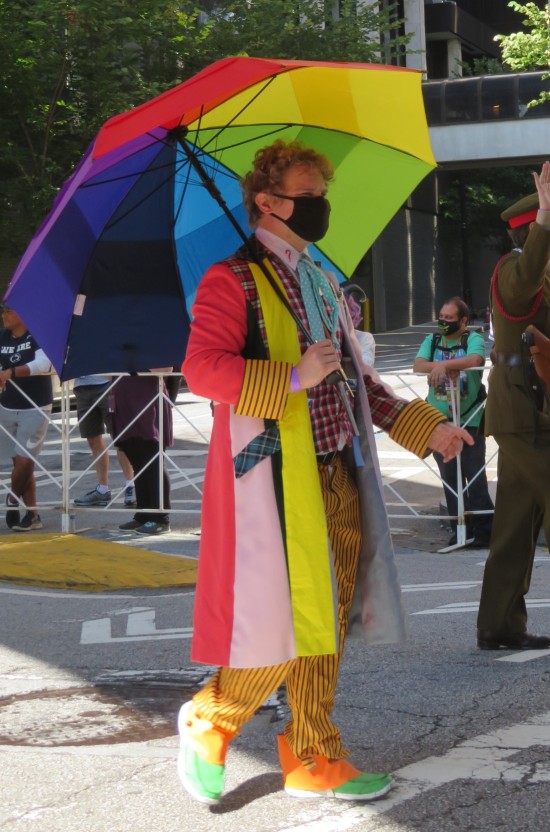 The Sixth Doctor is too fabulous for Rose. 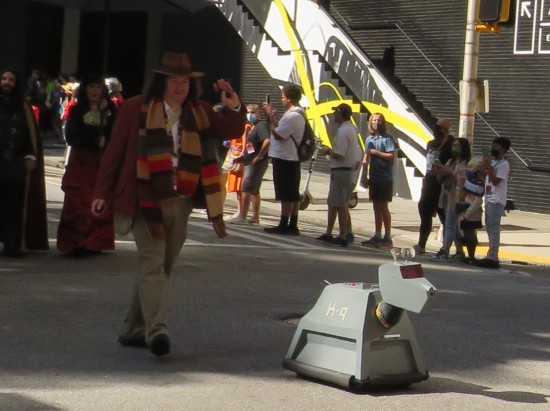 The Fourth Doctor doesn’t need Rose. He has K9!

Hiding behind another Tenth Doctor and under the largest umbrella around are Nandor and Nadja from FX’s What We Do in the Shadows, plus a witch from the season-2 episode “Witches”. 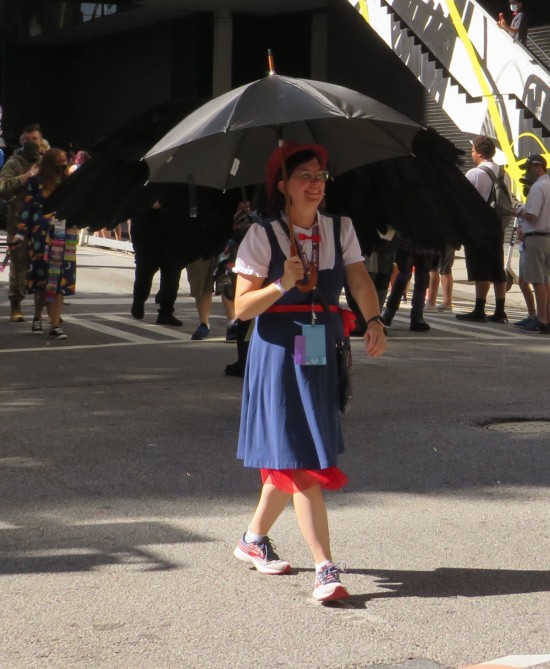 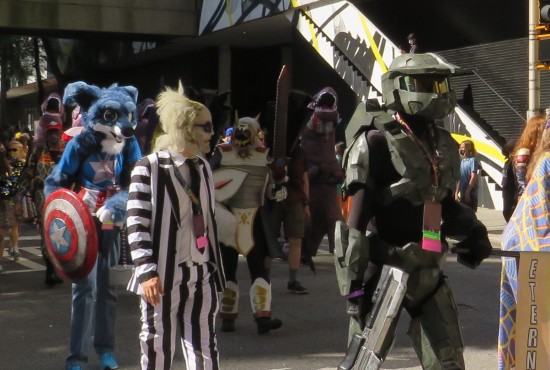 A furry Captain America, Beetlejuice, and Master Chief. The common bond: three characters who’ve never been in my kitchen. 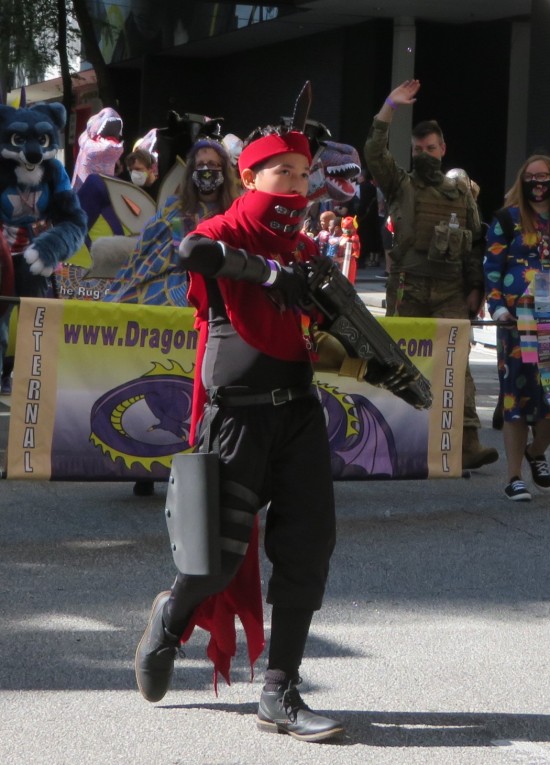 Vincent Valentine, the only Final Fantasy character I recognized all weekend, from FFVII and Dirge of Cerberus. 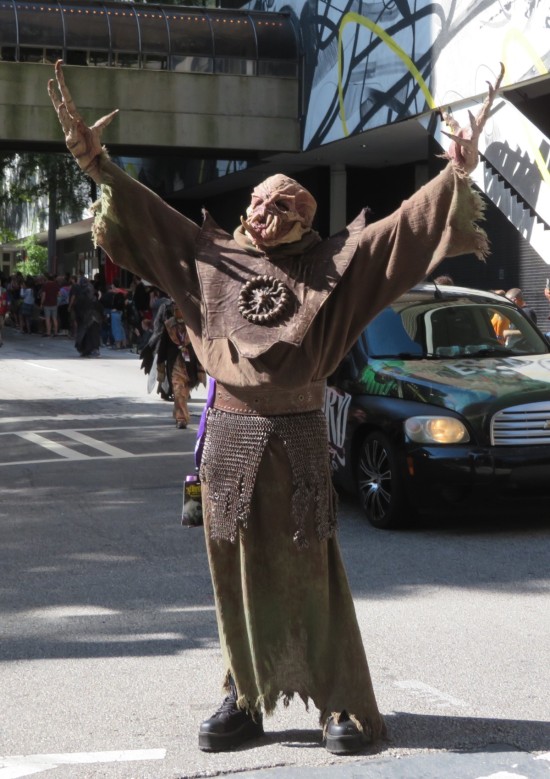 A sample demon from Atlanta’s own Netherworld Haunted House,presumably returning this October pandemic-style.

That’s definitely not all.