The Cult of Marriott Carpet is one of those extremely specific Dragon Con in-jokes. See, there’s a Marriott with this distinctive carpet that looks like Jackson Pollock and Piet Mondrian made a map of Boston together…

As promised, another gallery from the annual Saturday morning cosplay parade through downtown Atlanta. Marvel unintentionally dominates this section, but they don’t quite have this one all to themselves. For past comic-cons I used to sort the costumes by company, by genre, or by whatever pop-culture divisions came to mind. That procedure takes extra time and has been suspended for the time being so I can save time and get these done for You, The Viewers At Home. Corrections and revisions welcome as always. Enjoy! Again! 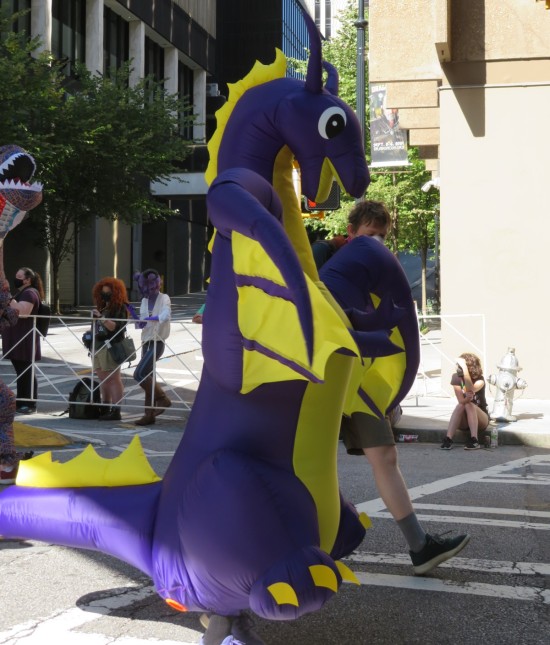 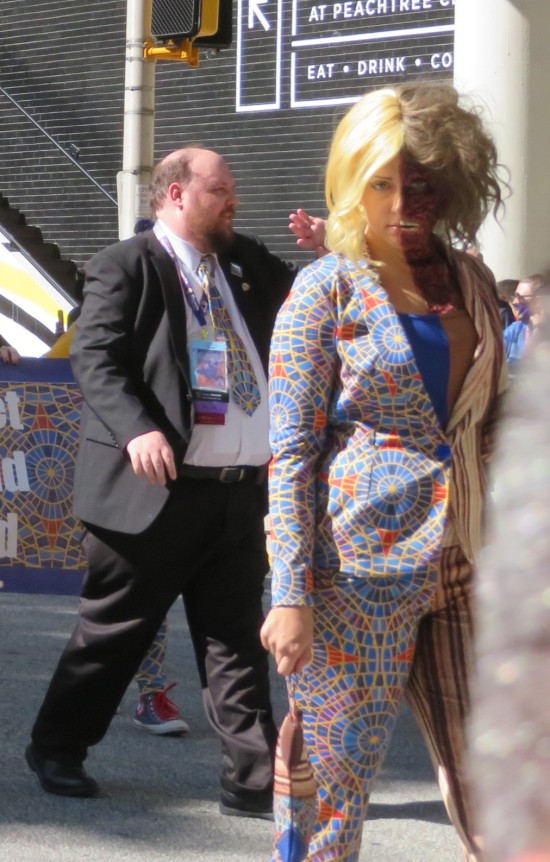 An extreme deep dive into Real Ghostbusters lore with the Tombstone Tackle ghost. 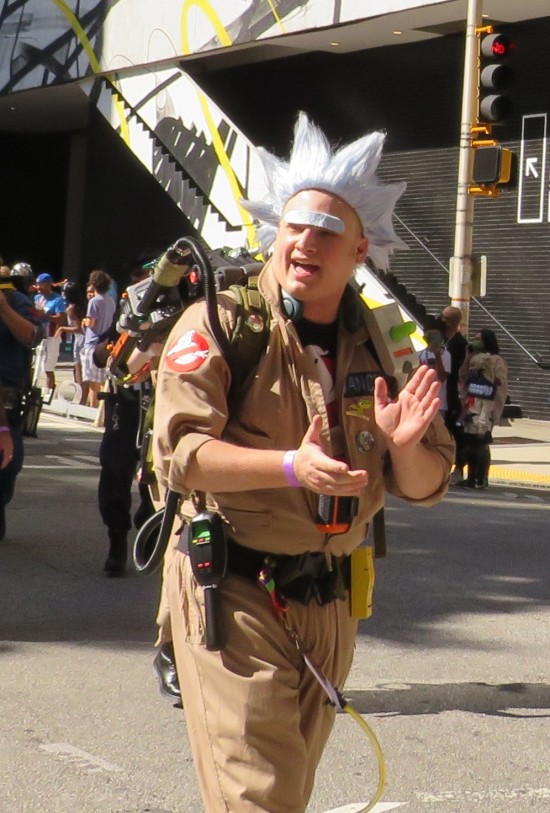 I don’t watch Rick and Morty. Did they do a Ghostbusters thing? 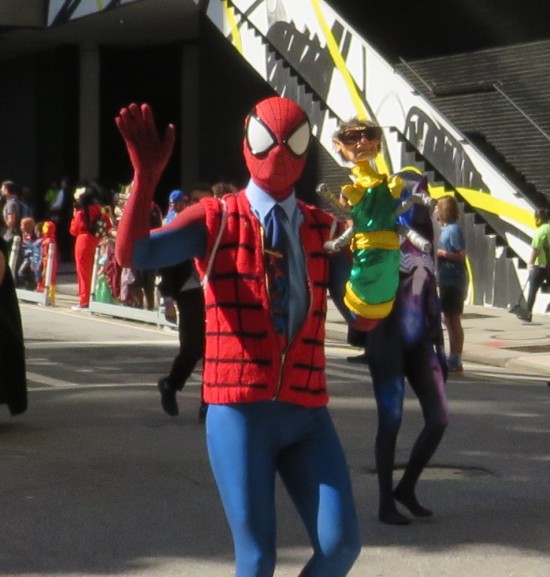 A classic Steve Ditko Peter Parker half-done suiting up and mocking Electro with this cool puppet he made of him.

We are absolutely here for any and every Agatha Harkness.

Deadpool costumes. It wouldn’t legally be a convention without some. 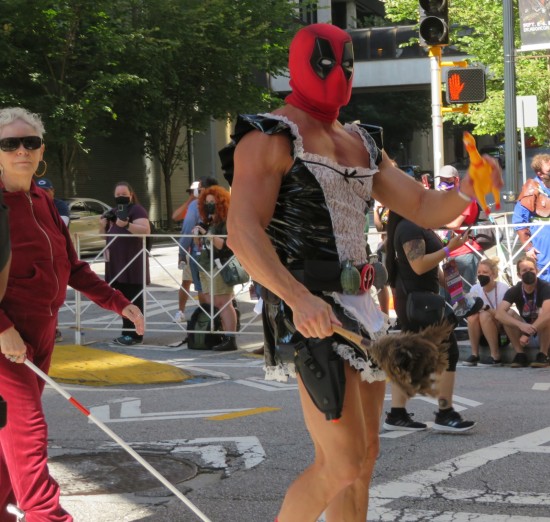 Deadpooh. See what they did there?

Not just Steve Rogers, but the Colorado Captain, who’s very big on charities and community efforts back home.

TV’s Agent Carter with a memento of her old flame.

Another Agent Carter and the Howling Commandos.

Black Widow riding high on a S.H.I.E.L.D. car that those jerks at Disney definitely didn’t pay for.

Or were those previous photos Skrulls and these are the real Dum-Dum Dugan and Black Widow? 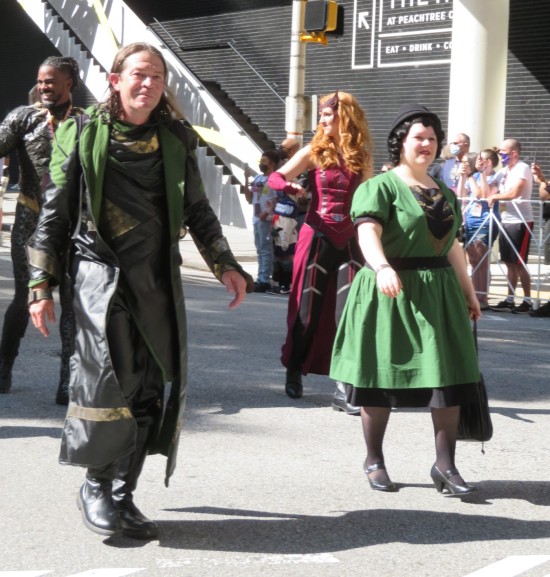 We expected Lokis. We got Lokis. 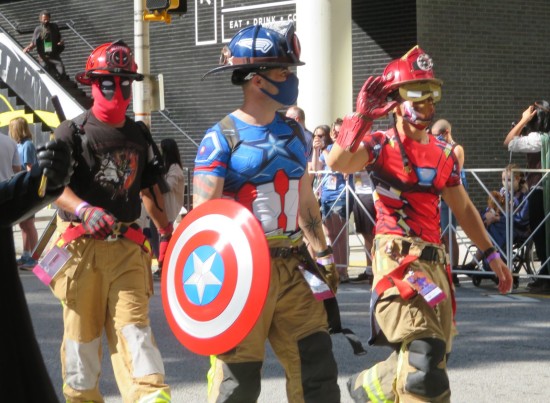 What If…the Avengers were firefighters? And they let Deadpool in? I mean, if Blade can get in, anyone can.

Lockheed the Dragon, one of the best bits from Chris Claremont’s Uncanny X-Men and the one (1) clever idea in The New Mutants. 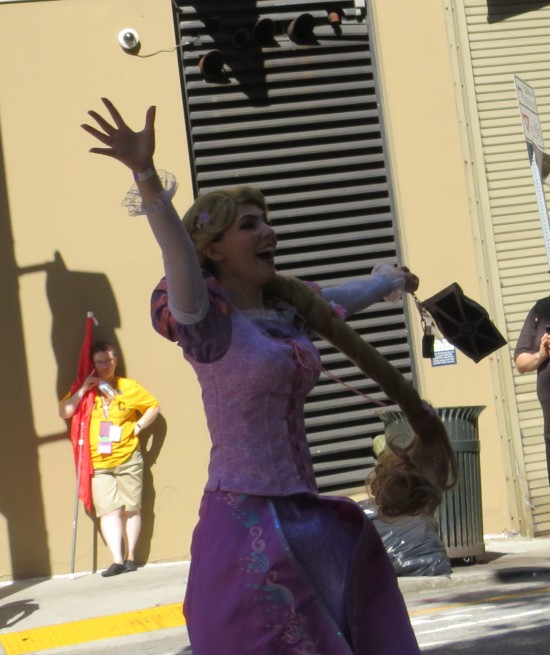 Okay, back to randomizing our photos with Rapunzel from Tangled.

Omniman from Invincible, the Image Comics series and the Amazon Prime show. 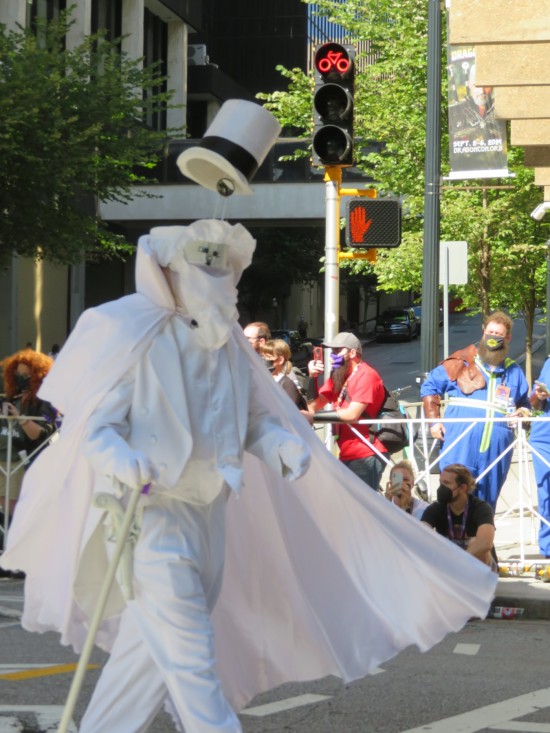 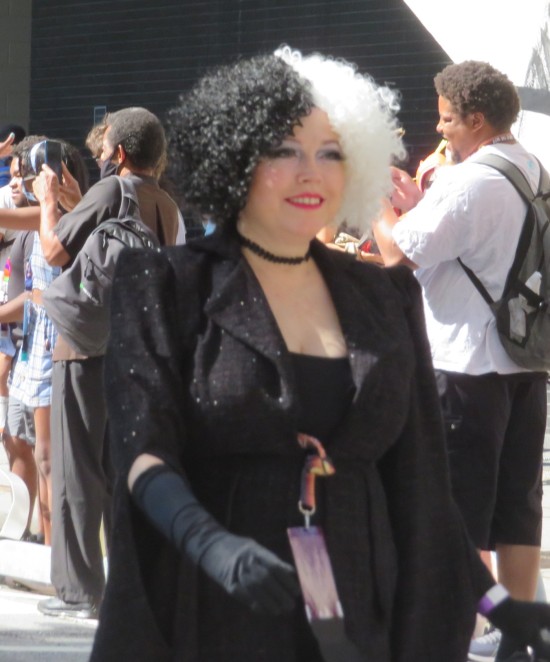 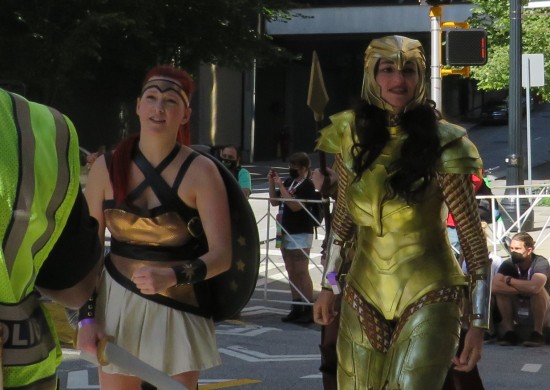 That’ll do for tonight. Lots more where those came from.