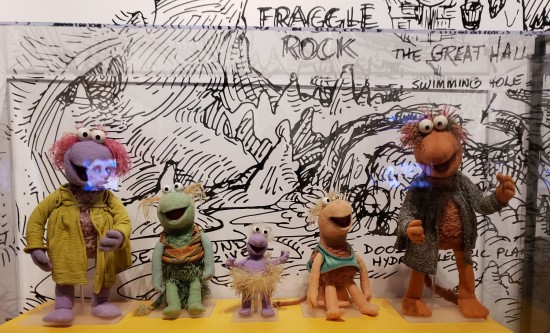 I grew up in a family unable to afford HBO, so I’ve never seen a single episode of Fraggle Rock. Here’s some cast members you might recognize that I don’t!

Previously on Midlife Crisis Crossover: we guided you through our eight-day trip to Atlanta in general and Dragon Con in particular — August 25th through September 1, 2019. Here in our penultimate chapter we present a selection of additional exhibits from the coolest stop of the year as voted upon by me, the guy in charge of typing.

To wit: the Center for Puppetry Arts, which was one-half loving tribute to the many dimensions of Jim Henson, one-half history of puppets around the world, and one temporary exhibit returning guests to the world of The Dark Crystal. I tried to be choosy when curating the previous chapters to a manageable length apiece, so the following gallery represents highly honorable mentions, some of which were perhaps unfairly cut. Enjoy! 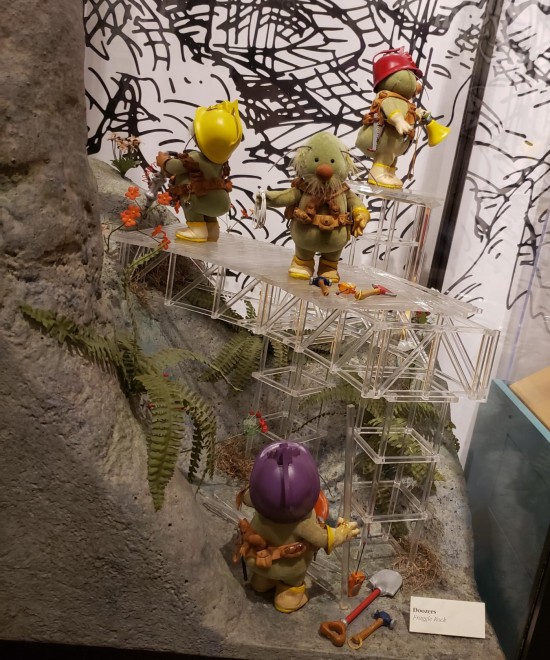 Doozers from Fraggle Rock, which are a thing. 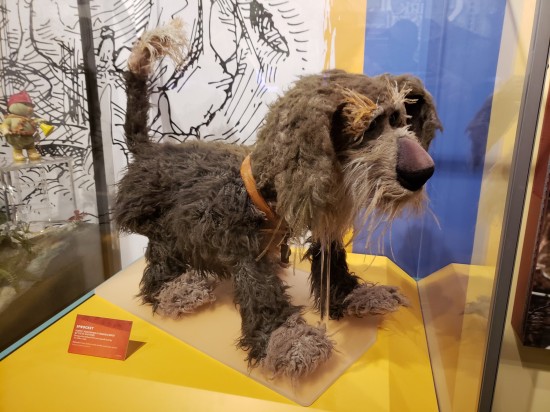 Fraggle Rock costarred a sheepdog puppy named Sprocket, who I assume was the show’s MVP. 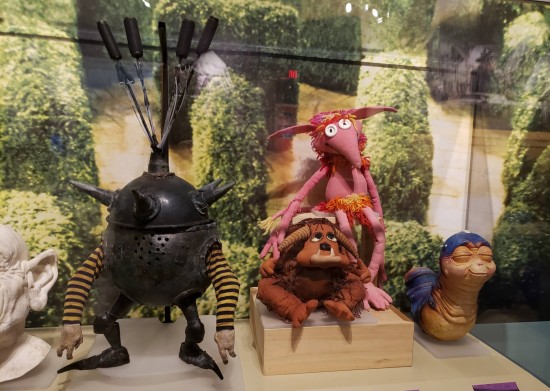 Props and/or characters from Labyrinth, which I saw in its original theatrical run, but have never revisited. Mostly I recall David Bowie’s costume and learning the word “oubliette”. 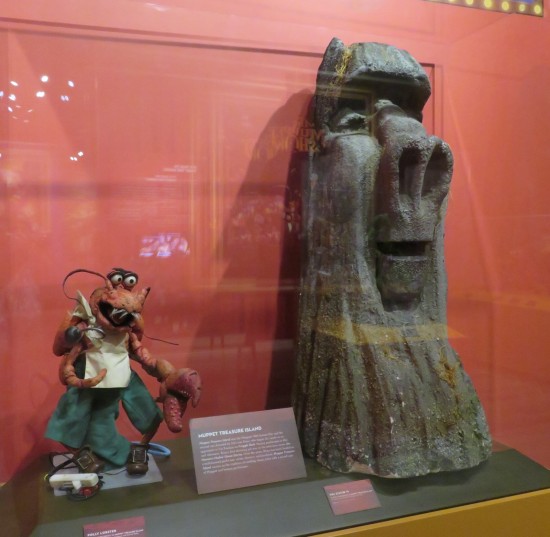 Polly Lobster and a Tiki head from Muppet Treasure Island. 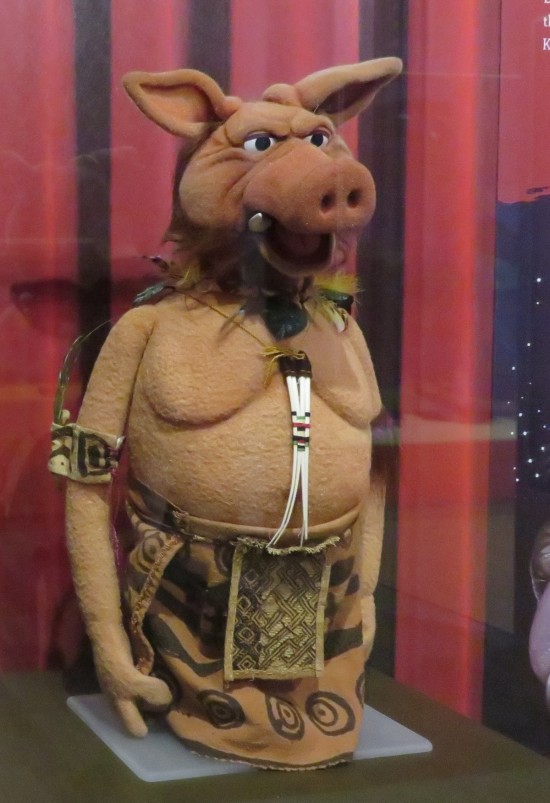 Also from Muppet Treasure Island: Ron Boar, a vast distance away from “Pigs in Space”. 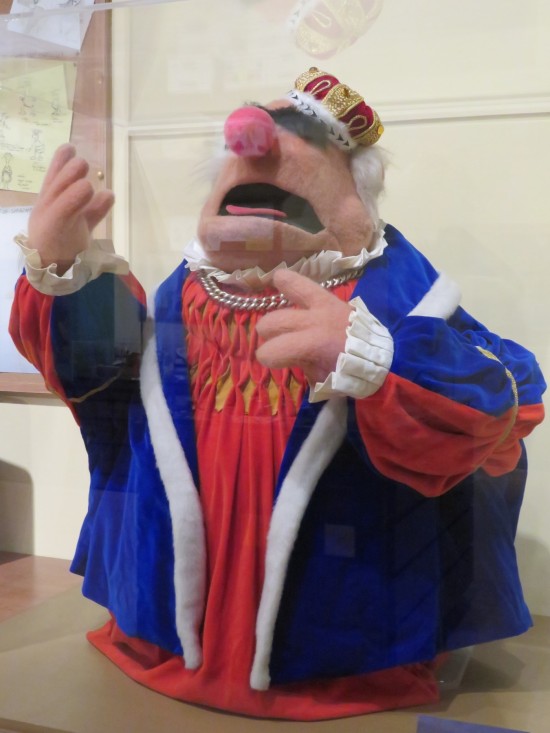 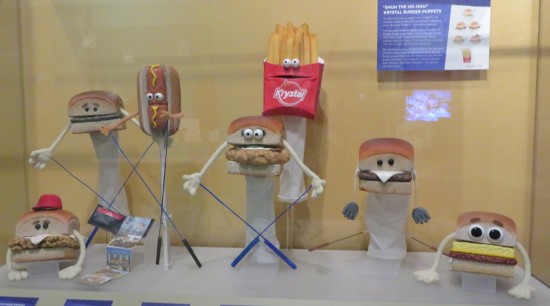 In 2016 the Henson Creature Shop created a series of TV spots for the Krystal burger chain as part of an ad campaign called “Shun the Ho-Hum”. 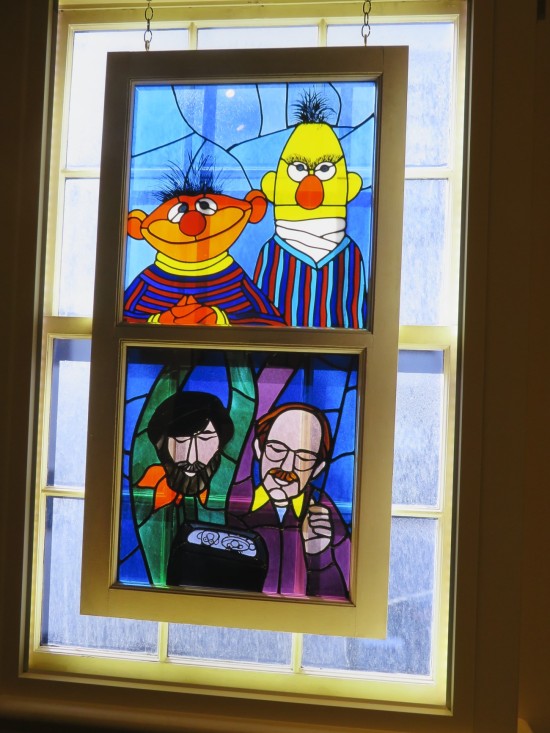 Muppets and Mupeteers in stained glass. 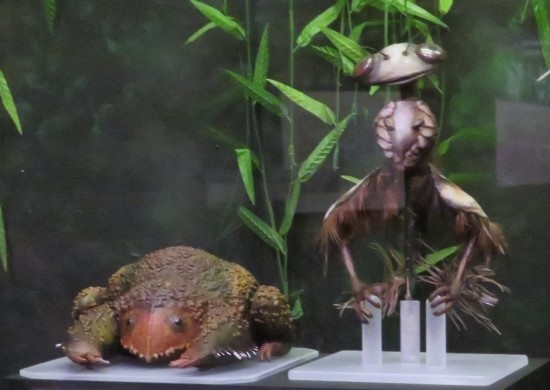 From the Dark Crystal exhibit, a Toad and a Feather Cricket. 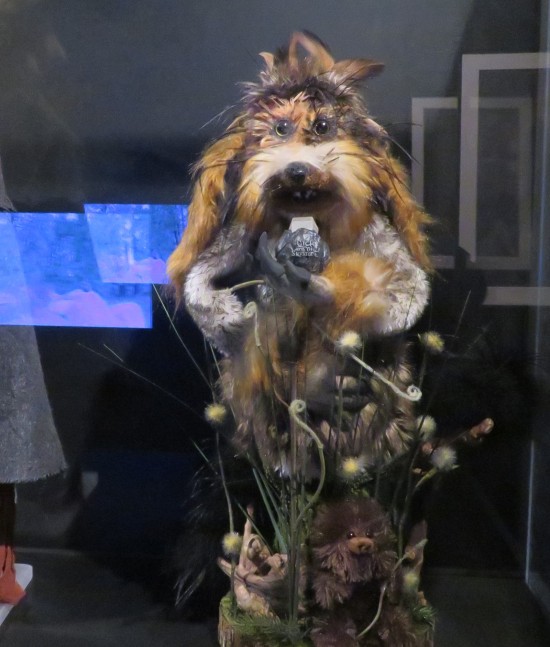 The star and his MacGuffin from a 2016 Dark Crystal fan film called “Gich and the Skystone“. 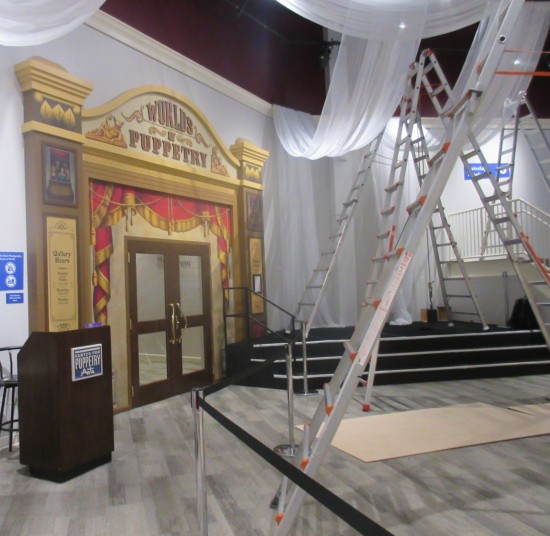 The entryway upon our arrival Tuesday morning, while preparations were underway for that Thursday evening’s gala, the “Dark Crystal Ball”. 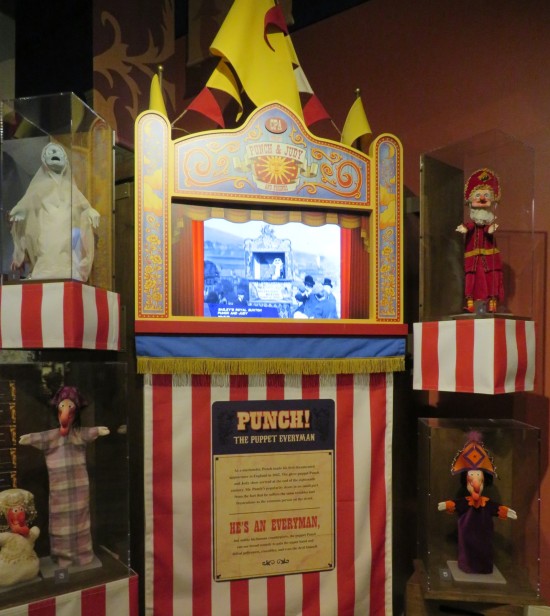 Stage and players from ye olde misadventures of Punch. 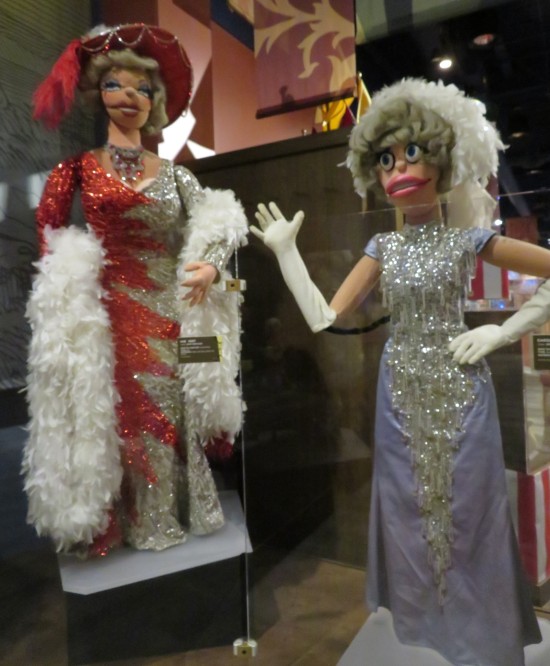 Two puppets that were hanging out next to Wayland Flowers’ Madame. I didn’t get details, but the one on the right bears a supernatural resemblance to Carol Channing. (Maybe that’s Carol Burnett at left?) 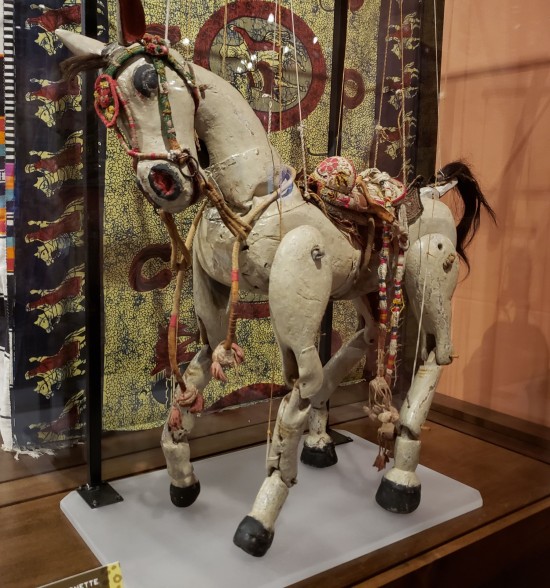 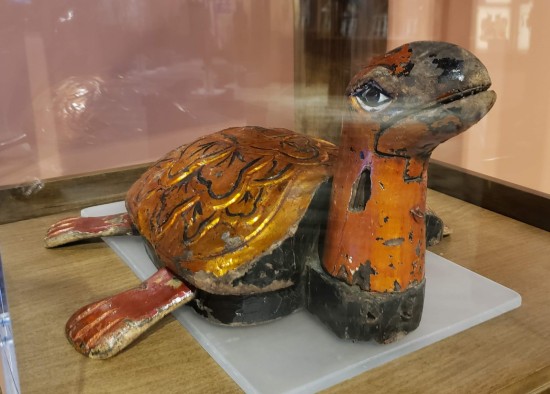 A Golden Turtle from their collection of Vietnamese water puppets. 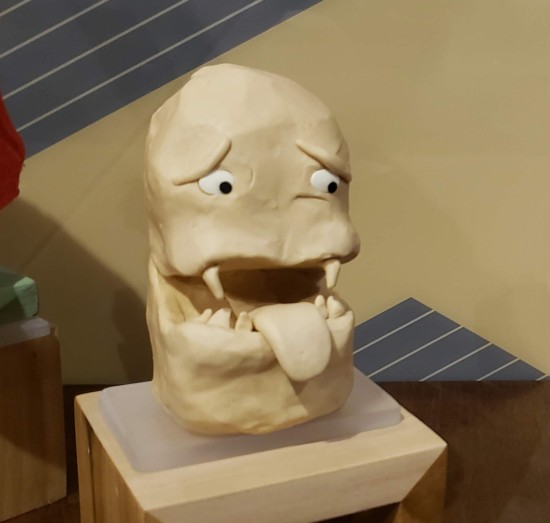 The Glob, a one-time nemesis for Gumby and Pokey.