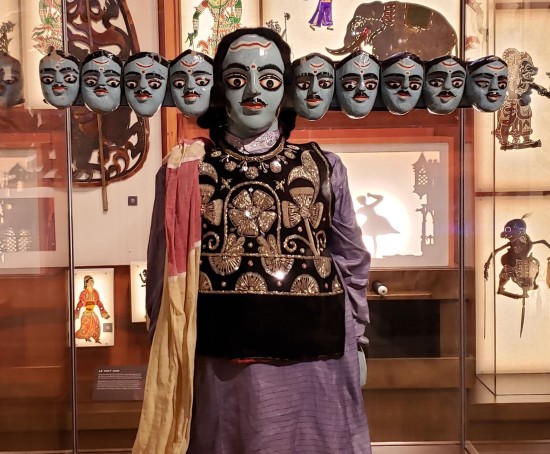 Ravana, the evil demon king who kidnapped Rama’s wife Sita in the Ramayana, a Sanskrit epic of ancient India.

When we first began vacation brainstorming months ago, the Center for Puppetry Arts was among the top choices on my half of our list for a number of reasons. It’s a modest museum packed with puppets from around the world and across centuries, many of which you’d recognize from beloved movies and TV shows of your youth and mine….but not all of them. Their collections extend to every continent except Antarctica, where they haven’t yet figured out how to export artisanal snowmen or to make their stick limbs move around without yanking them out. 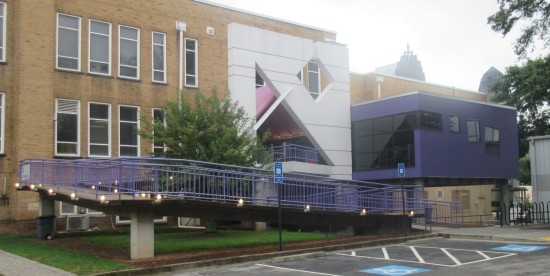 The Center for Puppetry Arts, a few miles from our hotel. After braving Atlanta’s rush-hour traffic, we early birds may have been their third and fourth customers of the day. 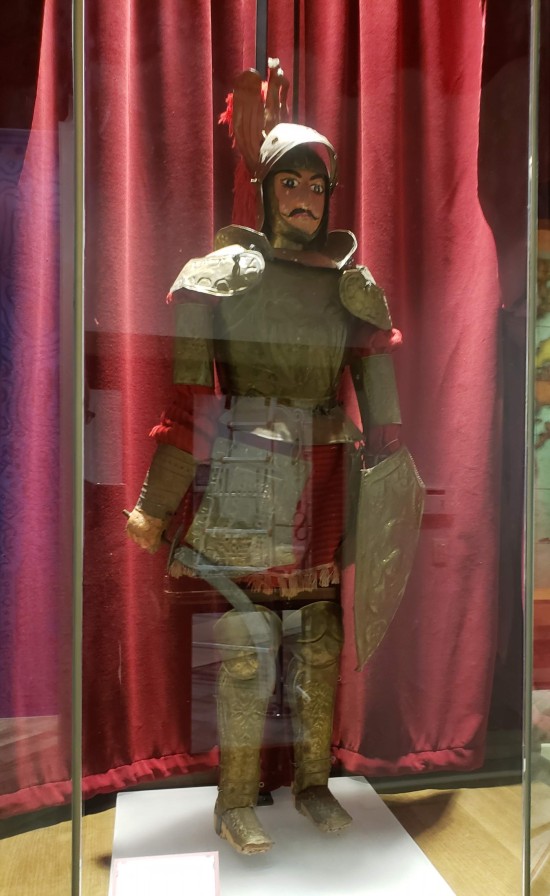 Among the first puppets in our path was Orlando Furioso, a 1950s marionette based on a Renaissance-era Italian tale inspired in turn by The Song of Roland. 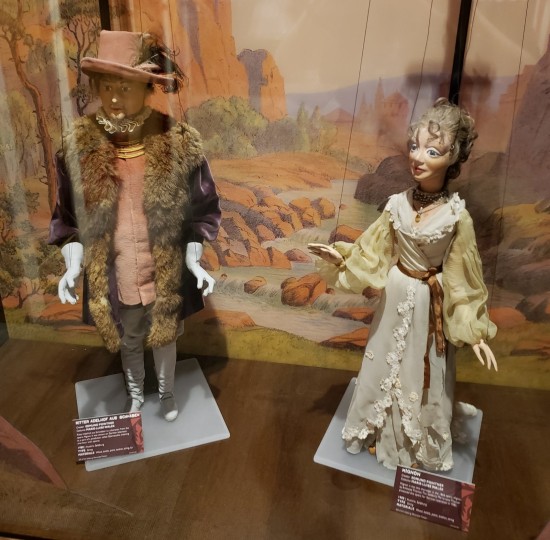 Ritter Adelhof aus Schwaben and the title character from the French opera Mignon as adapted for German television in 1980. 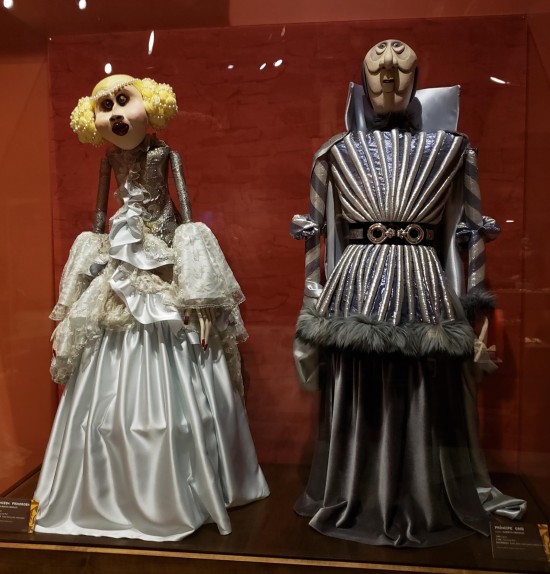 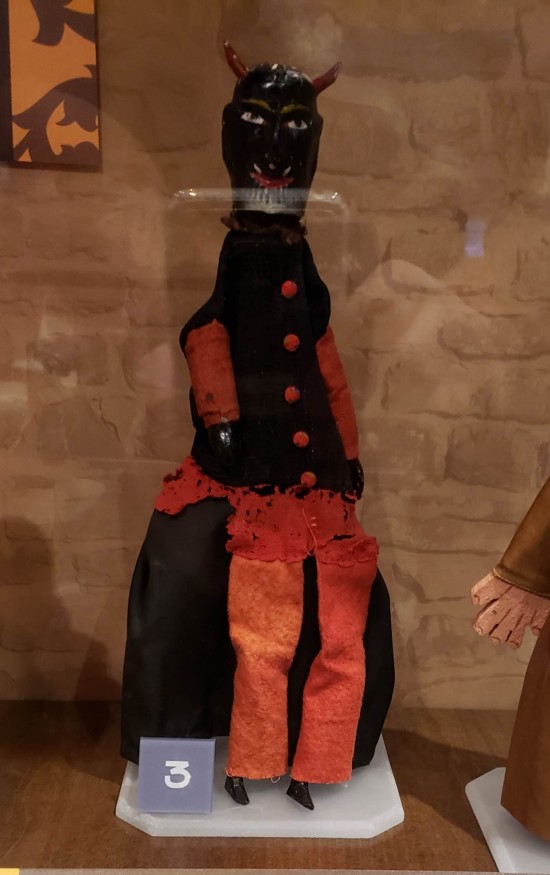 A Devil from “Guignol”, a French staple in the Punch and Judy tradition. 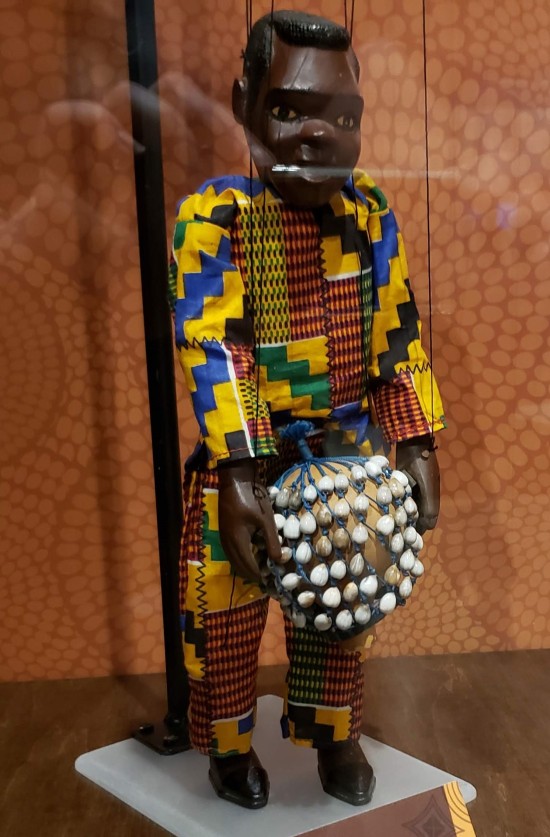 A puppet from Ghana, no other details provided or known. 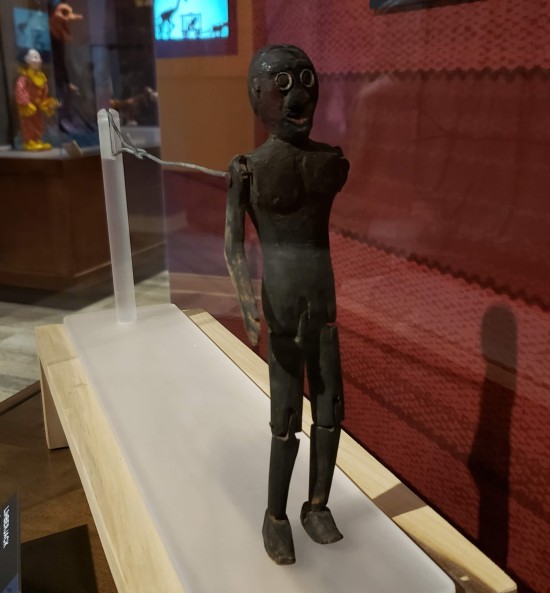 From 19th-century North America comes this Limberjack, or “jig doll”. Mostly they danced. 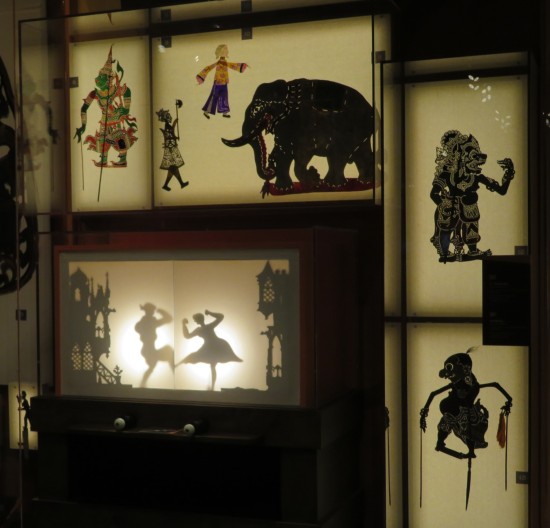 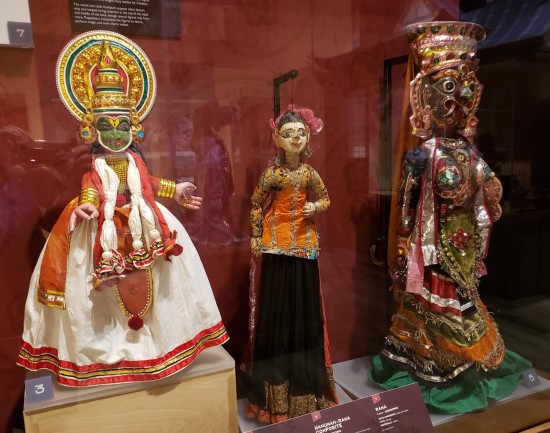 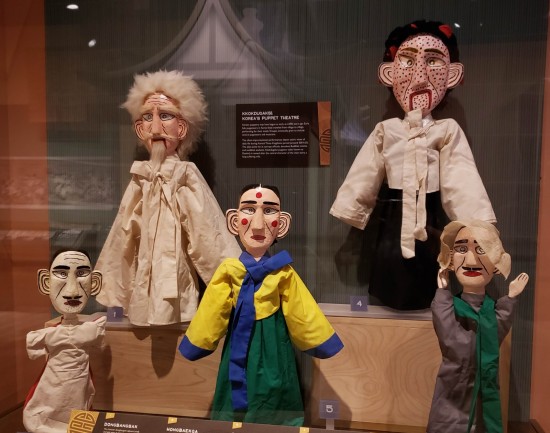 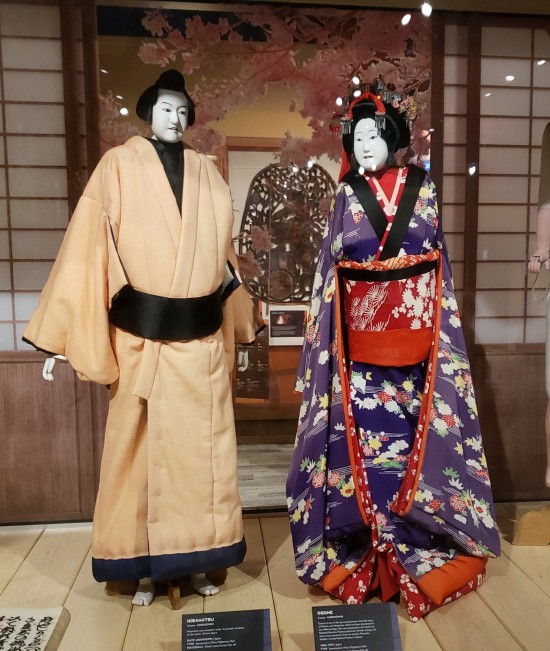 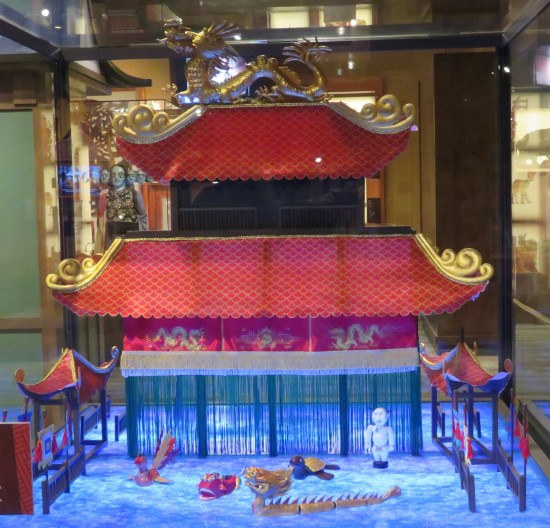 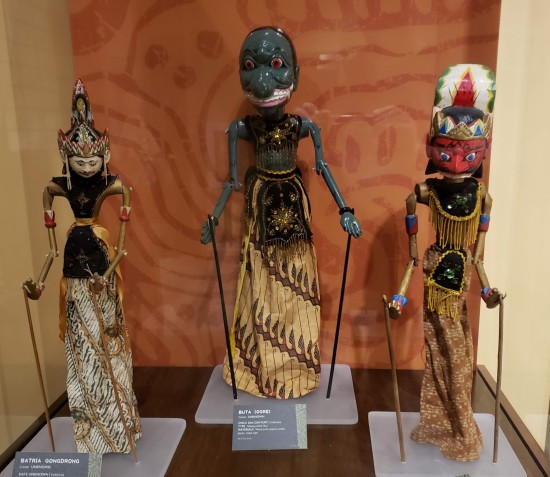 From 20th-century Indonesia, these were labeled Satria Gongdrong, Buta (“ogre”), and Rahwana. 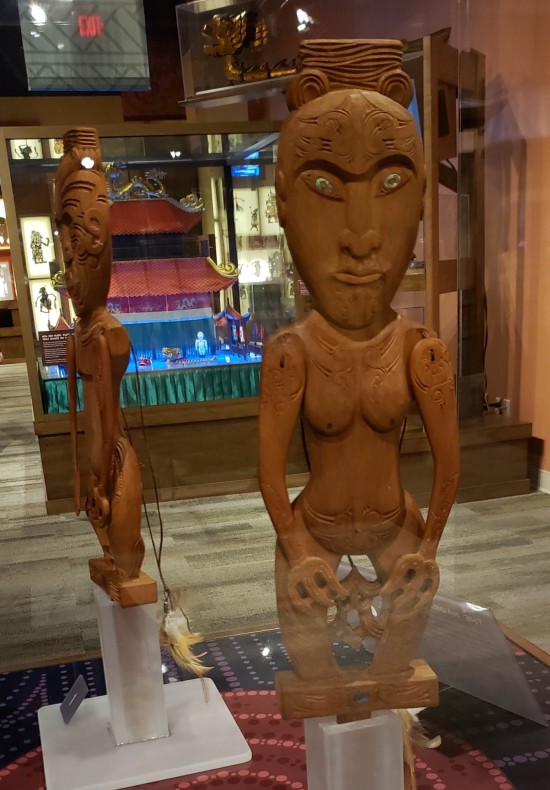 Faithful recreations of Karetao, puppets of the Maori of New Zealand.

If you’re still with us at this point, please enjoy this radical gear-shifting as we wrap up with faces a bit more familiar to Westerners, especially those who happen to be our ages. 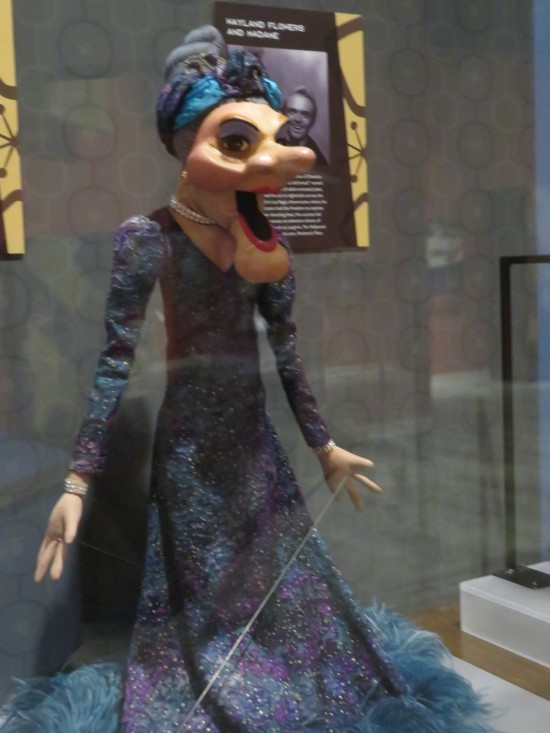 Madame! She and her ventriloquist Wayland Flowers frequented 1970s variety shows and were practically series regulars on The Hollywood Squares. 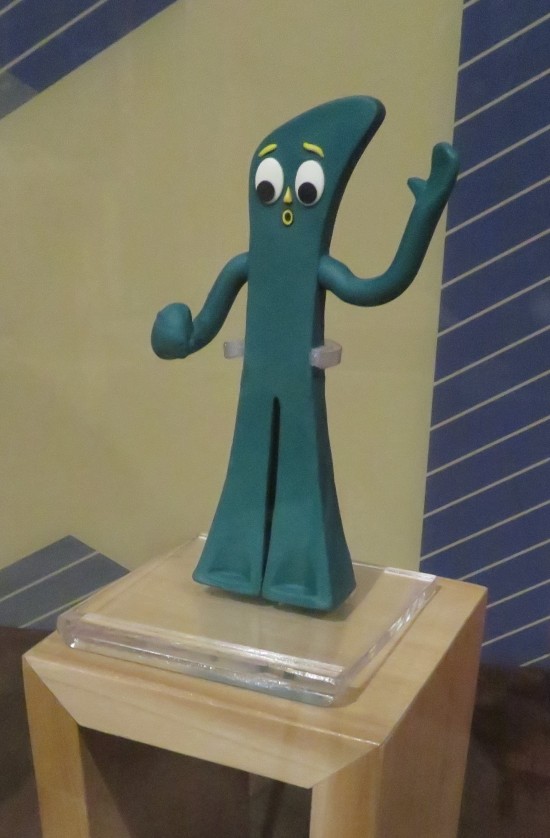 Gumby! Art Clokey’s low-key Claymation classic, this one is from 1962. 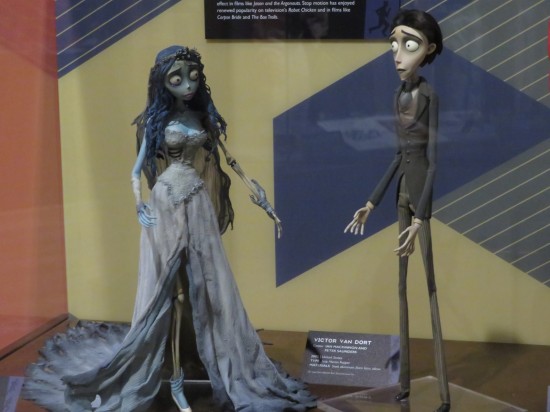 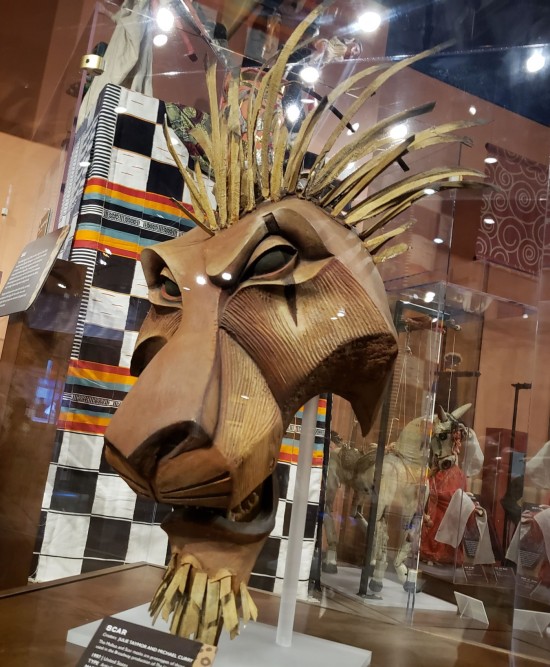 We saw The Lion King on Broadway on our 2011 road trip and vividly remember the show’s complicated, bedazzling puppet work as well as the face of Scar. 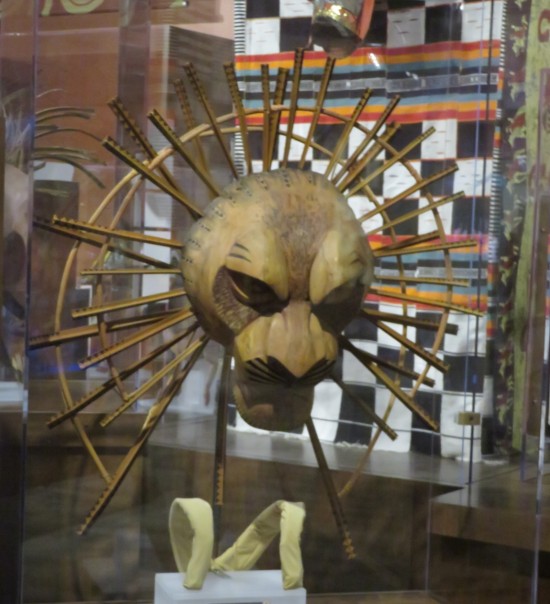 For contrast, here’s Mufasa. Other versions are coming soon to Disney+, I presume.

The Center has one of the most tempting gift shops I’ve ever walked into on vacation. Relevant merch options include Mister Rogers, whose treasured puppet neighbors we visited last year in Pittsburgh. 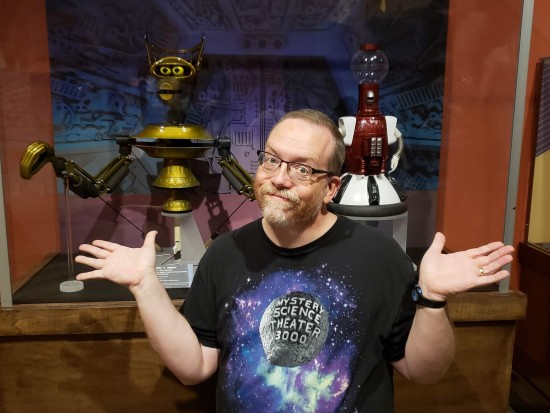 The Center’s headliners of my heart: Crow T. Robot and Tom Servo from Mystery Science Theater 3000. Anyone who knows me closely could’ve guessed.