We’re coming to you live from CNN Center, where everything is FABULOUS!

Sooner or later, every stay in a city far from home must end. After our days at Dragon Con were up, it was time to pack our bags and hit the road Sunday morning. Atlanta left us with a treasure trove of new memories, photos, experiences, successes, regrets, and idea what to do next time we’re in town. That may not be anytime soon, but I’ll die dissatisfied if we never return. Before we move onward toward the inevitable miniseries finale, here’s a gallery of various sights that caught our eye around town, including a few outtakes and one surprisingly happy accident.

Before launching “Our 2019 Road Trip” I spent considerable time digging through our hundreds upon hundreds of pics taken over eight days. Part of that included diving into a rabbit hole as I tried to see how see how many of their various skyscrapers I could identify for Part Three. As I immersed myself more deeply into the later days, I found on Tuesday Anne had taken the following photo of the Atlanta skyline, a nifty keepsake in itself.

on our way back from the cluster of Martin Luther King Jr. historical sites

I stared and stared at this photo wondering why it looked vaguely familiar.

After poking around online some more, it finally hit me.

Granted, we were a bit closer to the city than Sheriff Rick Grimes and his doomed horse were in their Walking Dead promo art up there, but the tallest buildings are all in place, including the Marriott Marquis on the right with the double lines down the side. The match would be even closer if we could’ve knocked over the International Boulevard sign or triggered a train crash resembling the one that was digitally inserted into the poster. The traffic on the left was also a close match to what we saw coming at us Tuesday morning on our way to the cool puppet museum. As I said: happy accident.

And now, on to that gallery of random Atlanta glimpses:

Atlanta art and scooters everywhere, across the street from our first overlong wait for an Atlanta Streetcar. 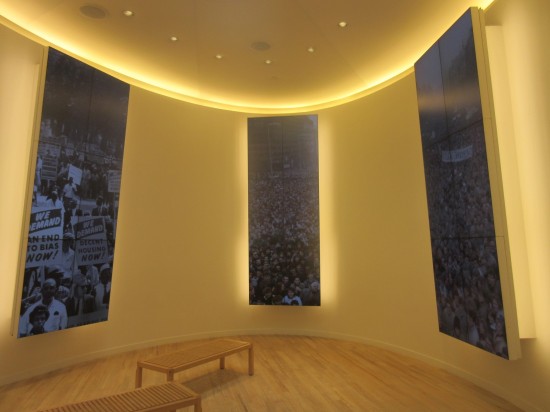 Triptych of protestor footage at the National Center for Civil and Human Rights. 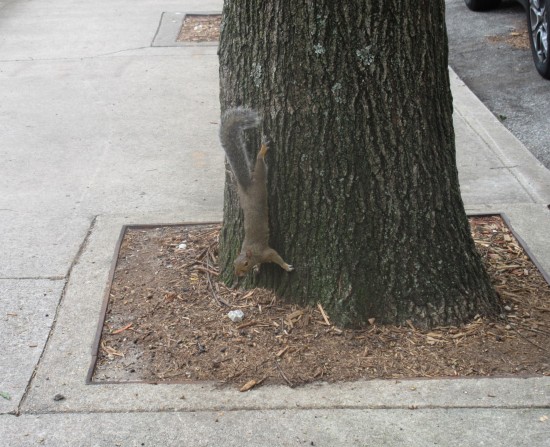 Musical mural across the street from one of our breakfast stops. 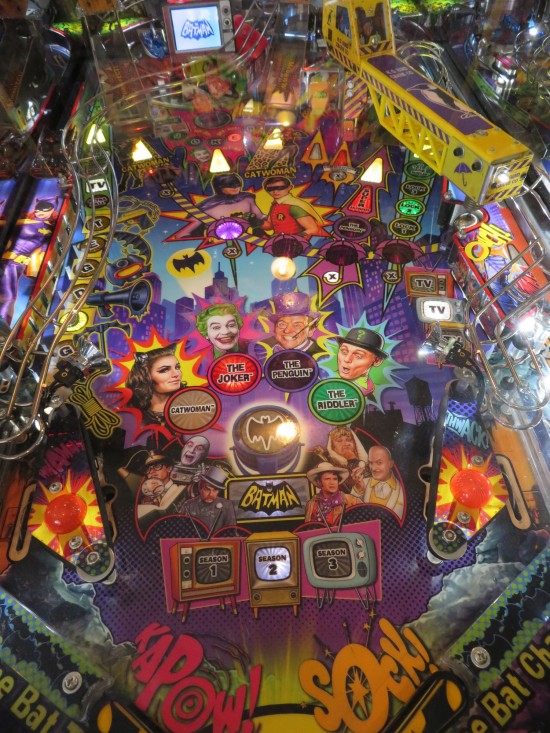 Bonus closeup of the awesome Batman ’66 pinball machine at My Parents’ Basement.

If you loved the two-headed calf at the Georgia State Capitol, you may also enjoy their two-headed snake. Enjoy Georgia’s freakish nature!

A sort-of Olympic torch not far from the Capitol, different from the one we saw when we first pulled into town.

Scintillating digital ad for The World of Coca-Cola, down the street from our hotel.

Based on the noise levels outside our windows on Friday and Saturday night, this “NO CRUISING ZONE” has all the authority of a security guard at a roller skating rink.

Sundown after Dragon Con, as seen from our room.

Farther west, Mercedes-Benz Stadium waits either for the Falcons or their soccer team to hold their next games.

The Skyview Atlanta Ferris wheel between blinks as night faded to black, we faded into sleep, and the end of vacation loomed near.