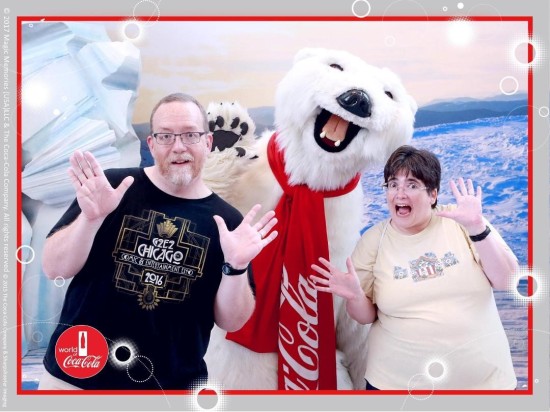 Yes, the Coca-Cola Polar Bear sort of does jazz hands…if you meet his terms.

Atlanta is home to a few major companies with international reach and historical impact. Among them, Coca-Cola may be the largest and/or oldest. The World of Coca-Cola, the official museum for the 133-year-old drink, was originally next door to the Georgia Statehouse (a bit farther south) but relocated across the street from Centennial Olympic Park in 2007.

I lost my taste for sugary drinks after my 2004-2005 diet, but I remain a fan of Coke Zero even though some recently decided they should lengthen the name to overexplain the product to customers too obtuse to get it. Nonetheless, we had to explore it. Like the drink, much of it was loaded with sugar, but we found a few sweet spots to our liking.

South end of the building, complete with Coke bottle topiary. 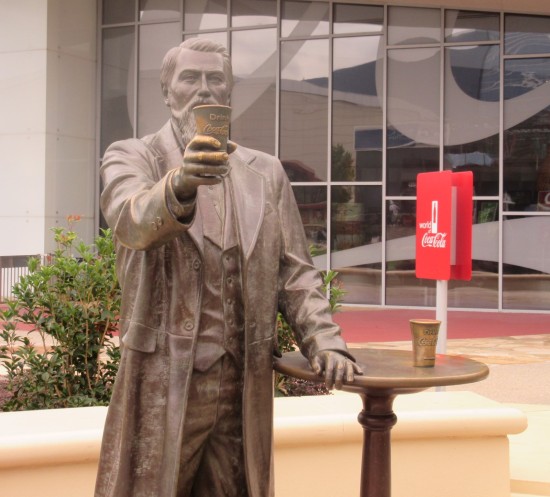 Pharmacist John Pemberton invented Coca-Cola for medicinal purposes. The formula was later changed so it no longer cures or heals. Any remaining addictive quality is largely psychosomatic. 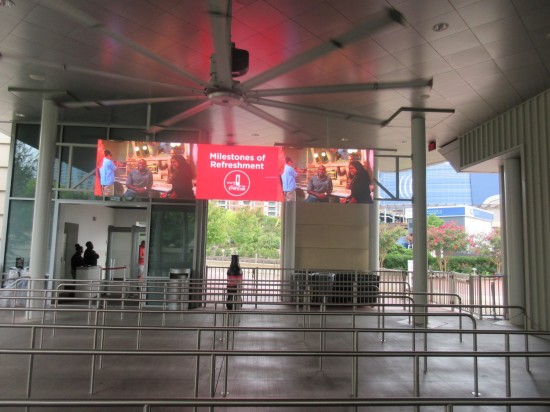 If thousands of Coke-heads show up at the same time, this is where they’d line up for the advertising to begin. 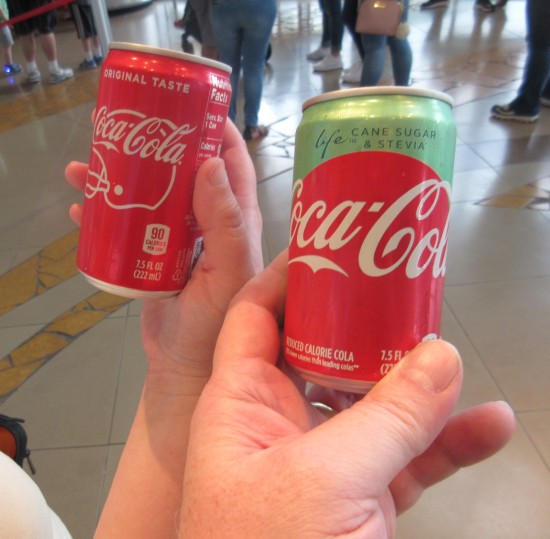 At the first indoor room is a counter offering free tiny Coke samplers. My reduced-sugar version was…well, it was no Coke Zero. 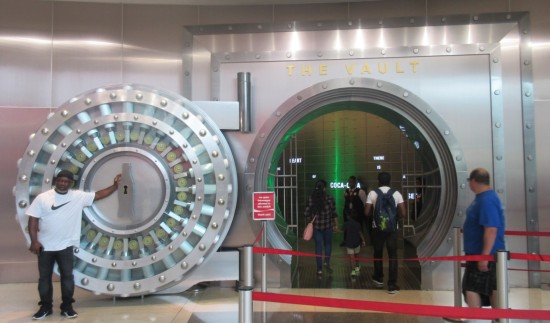 The outer vault door to the area where they pretend to keep Coke’s coveted secret formula. 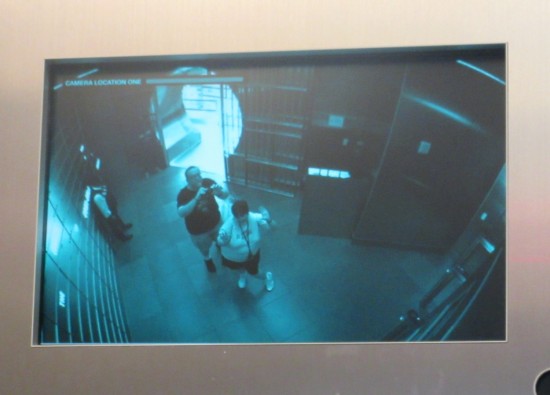 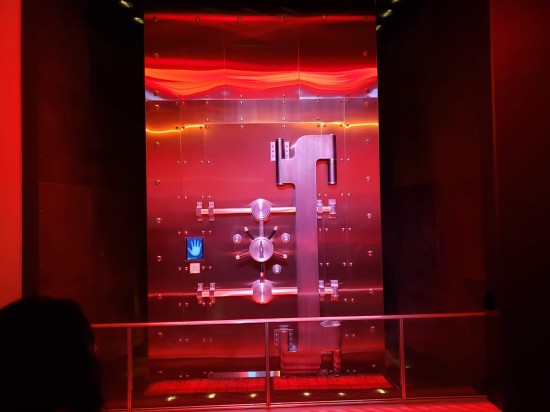 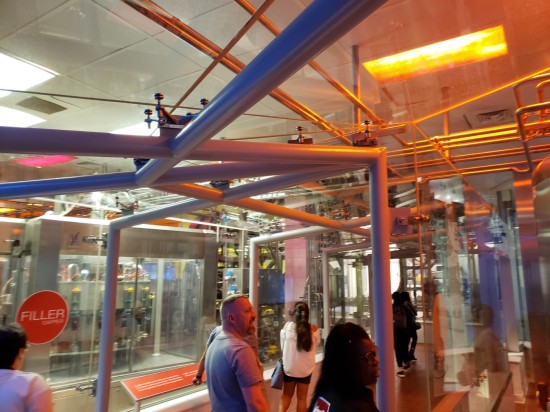 Though they no longer manufacture any Coke onsite, guests can walk through a factory simulation and act as if they’re surrounded by Coke. 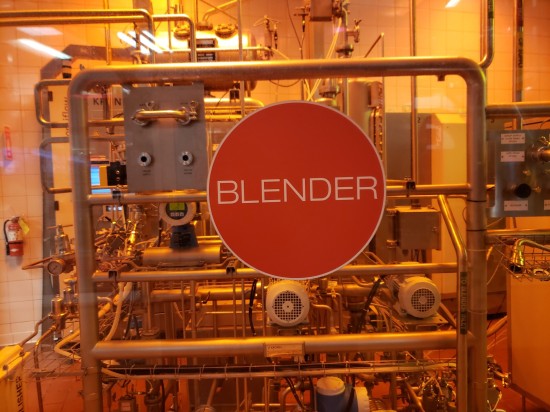 Where the magic happens and the water, carbon dioxide, chemicals, acids, spices, fruits and/or vegetables are fused into the longtime arch-nemesis of dentistry. 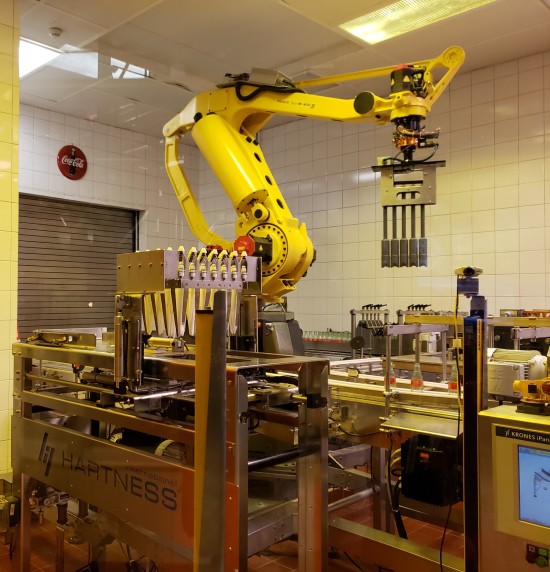 Robot bottler of the sort that took jobs away from Laverne and Shirley. 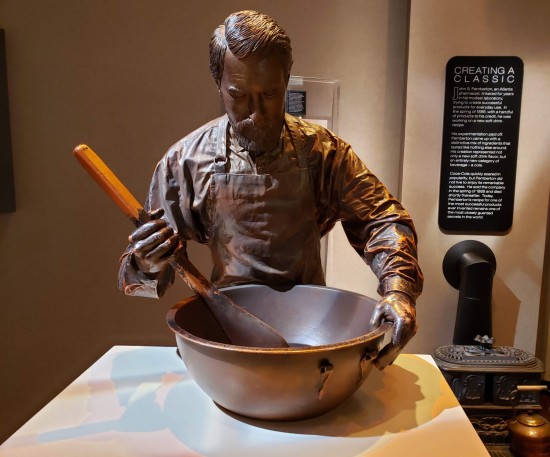 Primitive formulating from halcyon days when the work had to be done by trained alchemists. 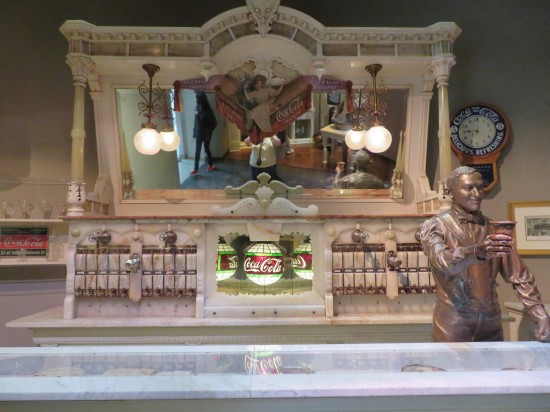 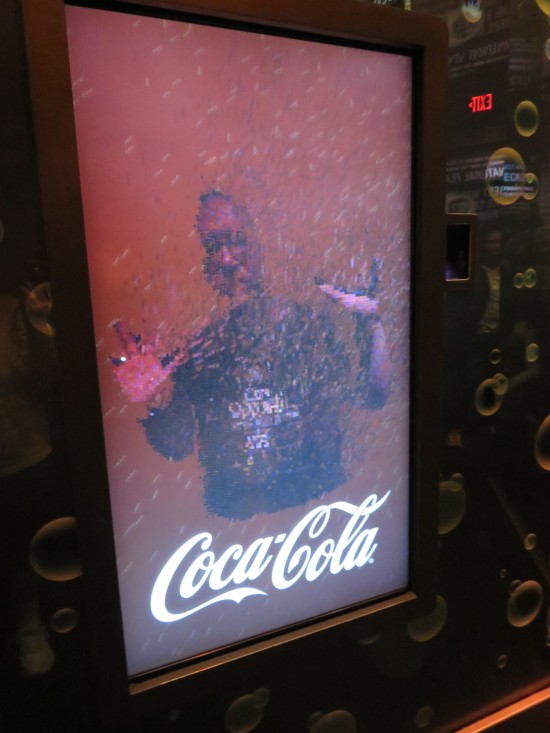 We’ll show off more exhibits in the next chapter, but here’s a video simulation of how it might look if you were painfully dissolved in a vat of fizzy bubbles. 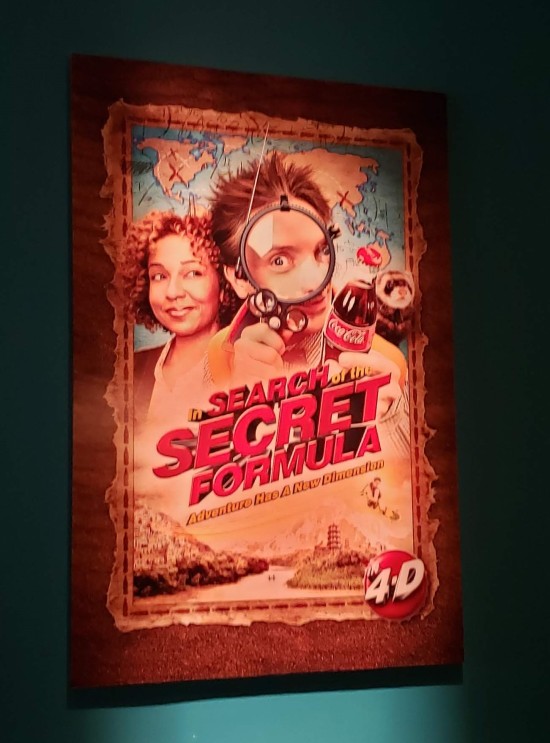 The film was among Anne’s least favorite parts of this entire vacation. The theater was one of those amusement-park rides where the seats tilt, shake, rock, pitch about, and threaten to inflict nausea and jittery muscle pains upon sensitive viewers for the rest of the day. The film itself is, as you’d expect from corporate marketing, a harmless, bubbly trifle in which two wacky characters pretend to search for Coke’s secret formula, only to find at the end that the real secret formula was the customers we made along the way.

One of the costars appears to have left acting behind forever, or possibly changed her name and gone into witness protection. The main guy remains a working actor who’s had the entire short posted on YouTube since 2008, albeit minus the 3-D and the irritating earthquake effects. 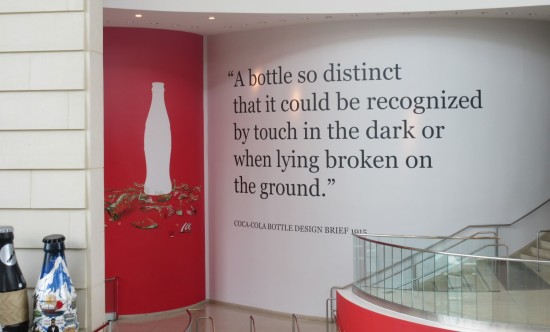 A salute to the iconic Coke bottle design, so distinct that even when smashed on the ground in grocery parking lots by delinquent teens, its very litter is a form of guerrilla advertising. 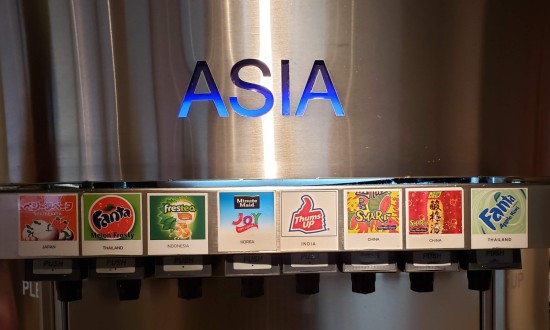 The part everyone looks forward to most: a room where you can try free samples of dozens of different Coca-Cola Company products from around the world. 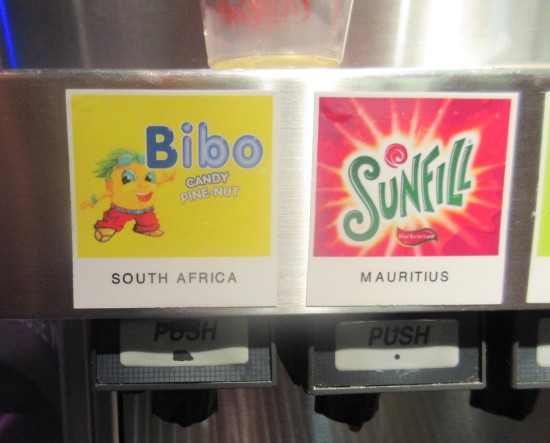 I couldn’t possibly try every drink because all those ounces really add up and many of them were gross to me, but my favorite was Bibo Candy Pine-Nut, a product in South Africa that I’m now annoyed to learn was discontinued ages ago and available nowhere in America but here.

The tour of course ends with a Coke souvenir store so you can take home merchandise that advertises their products to any guests who come to your place. We bought nothing there but spent money later. Part of the World of Coca-Cola experience is a photo op with the well-known Coca-Cola Polar Bear, whose prominence in their wintertime campaigns can be traced back to 1922 when one appeared in a French ad. Visitors can be photographed for free with the bear using their own phones and cameras, and Coke employees take a few shots with their camera, which are later made available for purchase online for irksome theme-park prices.

Sometimes we buy photo-op pics from tourist attractions as souvenirs. Sometimes we don’t. This time I spent the money literally only so I could provide a compare-and-contrast in this very chapter. When I looked it up on their site, I noticed a drastic difference in takes. The version in our lead photo is the one I had to overspend to acquire.

This is the free shot they took with my phone. See if you can spot the biggest difference between the two photos. 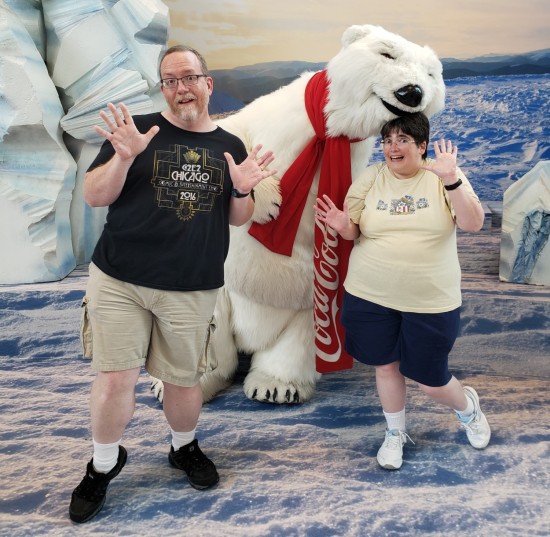 Clear evidence of the Coca-Cola Polar Bear phoning in his performance when he thinks he’s not getting paid.

Gentle reminder: whether they sell food or cars or fashions or comic-book movies, giant corporations may provide you with fun and entertainment and happy tastes and fuzzy memories of when their products intersected with big moments in your personal history, but their number one priority is money. You may rate them highly when evaluating their participation in your quality of life, but they are not your friends.