I double-dare you to top this backdrop, Hyatt.

In our travelogues we rarely share in-depth about our hotel experiences. The three-diamond service level that usually fits our vacation budget doesn’t lend itself to many five-star anecdotes of above-and-beyond awesomeness. If we mention the hotel in context other than as a basic setting, that’s not always a good thing. Exhibit A: the Hyatt Place where we stayed in Baltimore. Our check-in process on Day Two was one of our Bottom 5 hotel experiences to date. And the drawbacks didn’t end with that single evening full of hitches. A week after we returned home from this trip, I reviewed my credit card bill and found that the Hyatt charged us a second time for the five nights we’d prepaid through AAA, and charged us full price rather than the agreed-upon sale price. It took me a month of negotiations between the two companies to get the larger, erroneous charge off my bill, long enough for it to incur a finance charge while I waited.

Thankfully our final hotel stay on our 2017 road trip was the complete opposite of our Baltimore Hyatt letdown.

The Omni Hotels upscale chain is usually priced beyond our means, but they always look nice from the outside. We have one here in downtown Indianapolis, though I’ve only been in the Omni Severin once, loitering in their exquisite lobby when an internet friend came to town for a visit several years ago. We’d previously stayed in an Omni just once — the Omni Royal Orleans, on our 2015 trip to New Orleans. It was large, historic, lovely, and competitively priced for the French Quarter market. We indulged the one time, but knew we couldn’t afford an Omni stay on every trip. That’s impossible anyway — Omni only has a handful of locations nationwide, and zero presence in several states we’ve visited.

When it came time to plan this year’s excursion, I was tempted to indulge in an Omni encore for our last night’s stay. By the end of every road trip, we’re usually exhausted, sunburned, homesick, tiring of the open road, and yearning for relief from the traveling stresses we pile on ourselves. Out of curiosity I peeked at prices for the Omni William Penn in downtown Pittsburgh, prepared to groan in disappointment and move on to the nearest Best Western or whatever. Their website confirms it’s one of the posher locales where celebrities and Steelers stay when they’re in Pittsburgh to paint the town red.

My jaw dropped when I lucked into a discount offer that wasn’t outrageous. It was no Dollar Inn clearance sale, but it was good enough for me.

Months later, the Omni William Penn is where we ended up on the evening of Day Six. The long drive from Baltimore and the multiple stops along the way delayed our arrival in Pittsburgh till nearly 8 p.m. We dropped off the car in an unaffiliated underground garage next door, muddled our way through a maze of poorly lit tunnels and locked doors, and miraculously found our way to the Omni’s front door. Or their back door. Or possibly an industrial laundry chute. It was hard to tell. Their first floor was two or three stories deep. I’m sure it all made sense when the place opened back in 1916 and the early guests weren’t as wasted as we were. But because their staff is wonderful, they’d already checked us in and had our room set up and waiting for us several stories up even though we were among their last guests to show up. We appreciated that. The less we had to think, the better.

The view from our window was either limited or impressive, depending on your opinions of historic architecture. 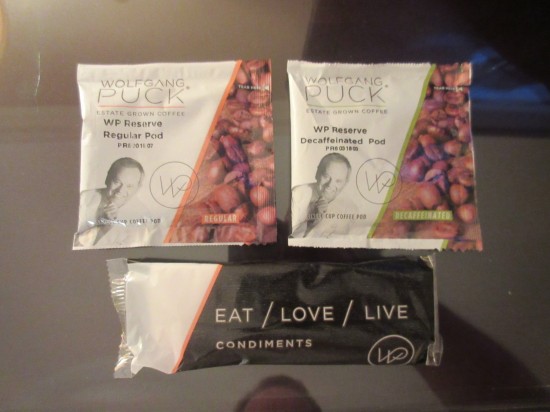 Free room amenities endorsed by a celebrity chef. One of the good ones, not one of those less desirable sexual harasser types.

Motion-sensor night lights on the bottom of each nightstand.

The room wasn’t large, but it was cozy and equipped with A-plus beds, firm enough for me but soft enough for Anne — a tricky balance that hotels rarely achieve for someone with my history of back problems.

By the time we settled in, nearly all the restaurants downtown were closed except bars (meh) and upscale eateries. Walking around didn’t sound exciting, but too starving to collapse in our beds just yet. We figured, if we’ll have to pay extra for dinner anyway, why not take advantage of fancy room service? In eighteen years of road trips, we’ve used room service…uhhhhhh, once that I can remember. Maybe twice? It’s not usually our thing. In our weakened state with limited options, we took the plunge.

The wait was a bit long, but the results were one of the best meals of the year. The server who brought it up to our room was pleasant and chatty and accommodating and tipped generously for saving the day. 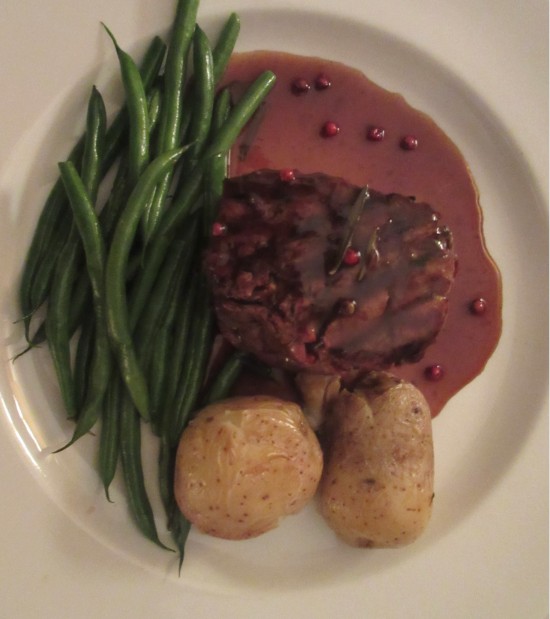 My dinner: New York strip steak in an onion marmalade, and they apparently gave me the same vegetables as Anne even though that’s not exactly what the menu said. But whatever.

It wasn’t the most expensive meal of our lives, but it was in the Top 10 or 15. Regardless, we consumed, we sighed, we slept deeply.

The next morning, we kept breakfast on the realistic side and grabbed sandwiches from the Bruegger’s Bagels at the bottom of the Omni. Bruegger’s has no locations back in Indy and is an extreme rarity in our travels, having only popped up in our 2014 return to the Twin Cities. Their menu varies just enough from Panera Bread and Einstein Bros. that it’s not a redundant experience. 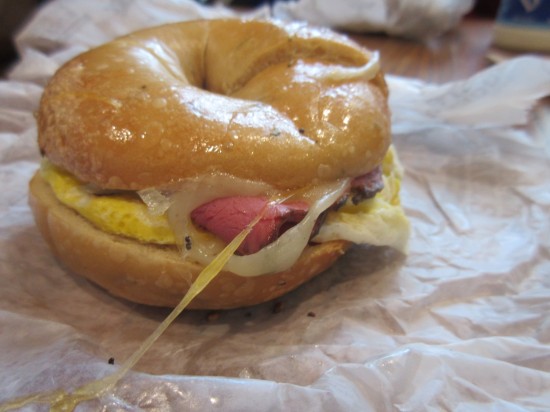 Mine all mine for breakfast: pastrami, egg, and Swiss on a rosemary/olive oil bagel.

We wandered the lower decks a bit and perused their selection of artifacts on display, noting the famous faces and stories that have graced the halls of the Omni William Penn. Finding our way back to the right elevator was a bit of a challenge, but we managed. 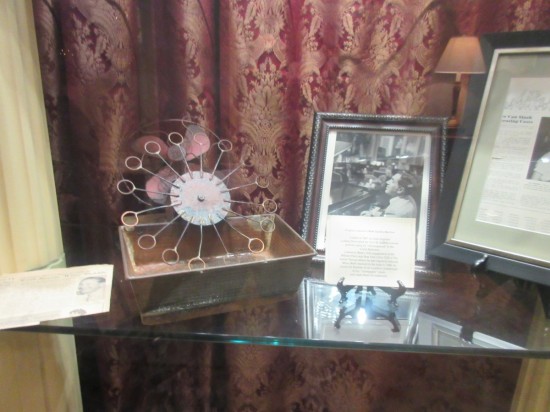 An authentic Lawrence Welk bubble machine! So it’s not just an urban legend.

Visiting dignitaries and heads of states often receive gifts from the Omni, such as this glassware.

Some of the conference rooms are named after personalities of note. We also saw a sign for a Lawrence Welk Room. Be sure to ask Grandma or Grandpa who Bob Hope or Lawrence Welk were. 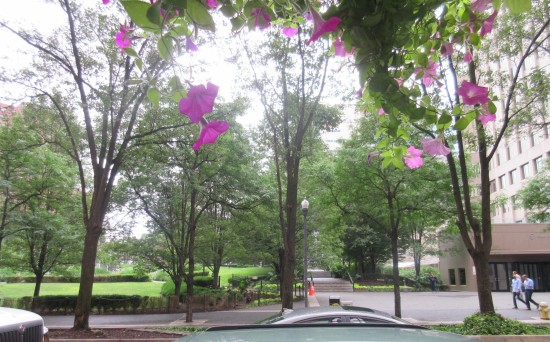 The park across the street looked inviting that morning.

I wish I could say we have several more chapters filled with Pittsburgh tourism stories, but the truth is we couldn’t stick around for long. We had one last, long drive ahead of us, and at least three more items on the itinerary to fill out Day Seven with something besides driving and driving and driving. One of those items was nearby, but part of me wished we could’ve stayed at the Omni and relished our room a little longer, and just Googled photos of our next stop instead.

Postscript for those wondering: no, this is not a sponsored post. Blogs like mine that reserve the privilege of sarcasm without notice tend not to field a lot of offers to write sincere promotional testimonies or crass marketing disguised as “content”. In the 1,677 entries I’ve written here on MCC, only one could be defined as a truly Sponsored Post, in which a company contacted me and asked me to write a thing plugging their product. I was pleased with the entry and avoided mocking their wares, but in exchange I received exactly zilch and never heard from their rep again. Among the many reasons I launched MCC back in 2012, a red-hot desire to write spinelessly happy thoughts at the command of corporate puppeteers was not one of them. So no, no one from Omni asked me to write this.

Frankly, with established quality like this, Omni doesn’t need my help. 13/10, would gladly stay at an Omni again, tempted as heck to plan all our future trips around them. 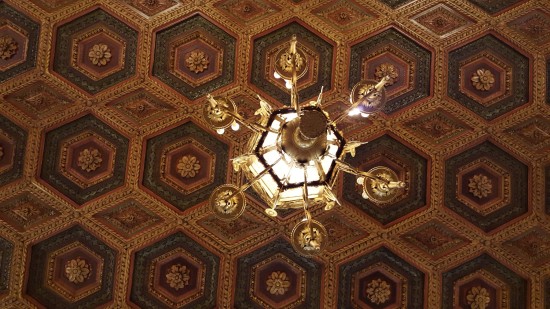