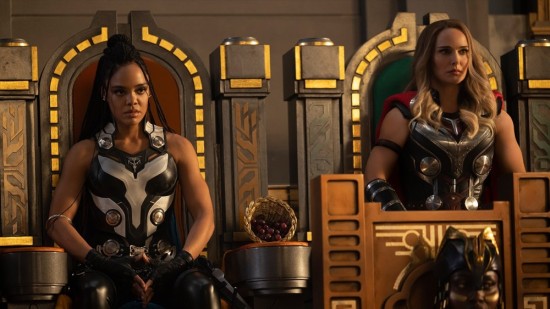 “Y’know, if we let Gorr end him, we could have the movie all to ourselves…”

Unlike some actors we know who used to earn eight-figure paychecks from the Marvel Cinematic Universe and now probably have to subsist on seven-figure residuals, Chris Hemsworth isn’t going anywhere. The star and Executive Producer is back for Thor: Love and Thunder, as is Taika Waititi, costar and director of Thor: Ragnarok, the Best Thor Movie Ever and possibly the funniest MCU film to date. Perplexingly, he’s followed up with my least favorite Waititi film to date.

END_OF_DOCUMENT_TOKEN_TO_BE_REPLACED 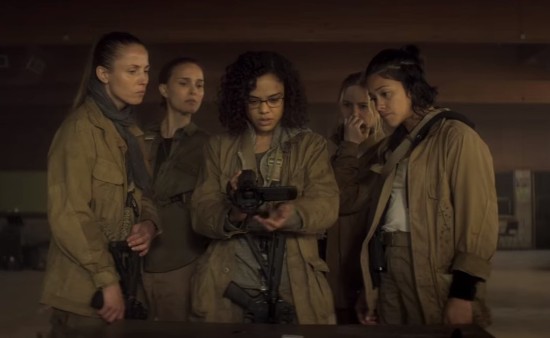 “I don’t care what the kids like these days. Trying to watch this movie on a 2-inch screen is the worst.”

It’s been years since we’ve seen a major studio act so sheepishly about a film of their own doing as Paramount Pictures has with Annihilation, the strikingly “intellectual” new brainchild from writer/director Alex Garland, whose past successes include science fiction head-trips like Sunshine and the Oscar-winning Ex Machina. Paramount’s last-minute no-confidence vote has denied it an international theatrical release in favor of dumping it on overseas Netflix. Paramount’s official page for the film provides only the trailer embedded via YouTube and a link to the film’s “official site“…which just redirects to a Facebook page. I’m accustomed to short films and indie projects setting up shop on Facebook, but it’s disappointing for a corporation of Paramount’s size to limit their own product to such a minuscule online footprint. Apparently they were holding out hope that Garland might rewrite and reshoot to add some super awesome monster fights.