If I could ever have a photo taken by someone taller than me, you could see my hair is still largely brown, unlike my annoying early-stage Santa beard.

END_OF_DOCUMENT_TOKEN_TO_BE_REPLACED

Previously on Midlife Crisis Crossover: last December after the untimely, tragic, wholly unfair death of Carrie Fisher, a reporter from our local ABC affiliate asked me for an on-air interview about the time my wife Anne and I met her at Indiana Comic Con 2015 and had the most unforgettable convention experience of our lives. My evening news interview was unexpected, it was surreal, and it was effectively my television debut.

This week, for another unexpected and surreal minute, I found myself on TV again. But this time, Midlife Crisis Crossover took to the international airwaves.

END_OF_DOCUMENT_TOKEN_TO_BE_REPLACED 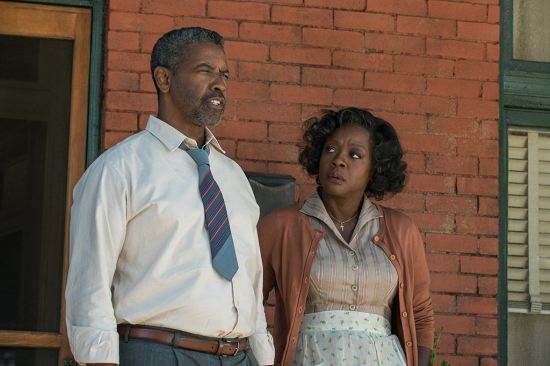 My annual Oscar-quest begins anew! Every year since 1997 I’ve endeavored to see every film nominated for Best Picture in the Academy Awards race, even if its place in the running can be attributed to blatant studio machinations, even when I know a film and I will be at odds with each other the entire running time. Fences, on the other hand, met my high expectations and then some. The only real issue I had wasn’t the film’s fault. I misread the theater seating chart, bought the wrong assigned seat, and got myself stuck in the second row from where the the cast all looked like towering monster heads.

END_OF_DOCUMENT_TOKEN_TO_BE_REPLACED

Here I come to save the day in a cruddy pic from this afternoon’s Bioshock session.

For a blog with “midlife crisis” in the title, it may seem odd that I don’t discuss the concept much. Other than the casual references in my About page, my only direct treatment of the subject was in an entry from MCC’s first month, before I had readers or any clear idea where this site would be going.

The short version of that old entry: I think I’m okay on the midlife crisis front. So far, no urge to go splurge on a flashy sports car whose insurance payments, speeding tickets, and designer gas requirements would devastate me. No desire to go prowling for an under-25 replacement wife that I’d disappoint on multiple levels. No fleeting whims to quit the day job that makes this entire long-term experiment possible. No chance of drastic fashion overhaul, hair implants, or radical blubberectomy. And, thankfully, no therapy sessions scheduled to scrutinize a burdensome lack of Happy.

But there was one item I picked up on Black Friday 2014 that I’m hoping will be the one big unplanned expenditure to fully sublimate any such lingering, as-yet-imperceptible, subconscious urges to escape reality or to revisit those bygone days of youthful vim and vigor: a used PS3.

END_OF_DOCUMENT_TOKEN_TO_BE_REPLACED

Under normal circumstances, a film like The World’s End would be miles outside my bailiwick. It’s been years since I could stomach flocks about man-children stalled in permanent adolescence (e.g., half the comedies starring SNL vets). I’m not interested in celebrations of the magical bonding power of alcohol (e.g., half the comedies released in the last five years). I’ve seen maybe one R-rated comedy in the last five years (Tropic Thunder had its good parts). Combine the three elements and I would anticipate the kind of mess least likely to earn a dime of my own money. Only on the strength of the talented names of Simon Pegg and director/co-writer Edgar Wright did I temporarily waive my reservations and see if the minds behind Shaun of the Dead and Hot Fuzz came within a stone’s throw of the same achievement levels in wit and ingenuity.

END_OF_DOCUMENT_TOKEN_TO_BE_REPLACED

My 40th birthday, the impending milestone that inspired me to begin chronicling the effects of the aging process on my perceptions of the world around me, has come to pass. The prophecy bespoken by no one in particular has been fulfilled!

With this brand new decade, I expect my body and mind to fall apart a little more quickly. I’ll question my life’s purpose and usefulness a little more stubbornly. I’ll gripe a little more loudly about the entertainment industry and how they cater to everyone’s whims except mine. I’ll be slightly less tolerant of those pesky kids on my lawn, though not quite perturbed enough to chase them myself. All of this assumes it the Lord’s will for me not to drive headlong into a concrete wall tomorrow morning, of course.

It’s my understanding I should be depressed about aging, fussing about my hairline, and wishing I looked hot even though I’m blissfully married. None of that happened today. Admittedly, I already survived the hairline phase last year. I’m glad it hasn’t lingered. I don’t look forward to its resurgence in the future. When it comes to prices we have to pay, though, the hairline is a bargain.

Truth is, I don’t miss my mandatory young-stupid-male years. I’m much more content as a non-young man than I ever was in any given school year. I didn’t spend today moping or waxing nostalgic or listening to ’80s hits over and over again like some of my peers do, as if old Madonna singles were like some kind of aural Fountain of Youth.

My last day at 39 was spent working and playing Final Fantasy VI with my son. My first day at 40 was spent working and dining with family at Bazbeaux Pizza. The two days weren’t radically dissimilar. Yesterday I earned virtual treasures; today, I was blessed with intangible presents and also happened to receive a few tangible ones. I stayed up late last night to confirm I didn’t turn wrinkly or crotchety upon the twelfth peal of the nearest ominous church bell.

Maybe I’m more mellow than I should be because NBC spoiled me with three solid new episodes of Community in a single night. Those alone made today the complete polar opposite of my twelfth birthday, the evening of which I spent wracked with stomach pains while on TV Bobby Ewing was killed in an accident on a show I didn’t want to watch. Fortunately my pain and his death were each temporary. I had thought the show was, too. How generous of Hollywood to knock a perfect score down to two-out-of-three some 28 years after the fact.

This song, I think, sums up my current state of complacency, however misplaced or fleeting:

Just the same, I’ll be steering clear of any and all concrete walls tomorrow. You never know which one has your name on it.