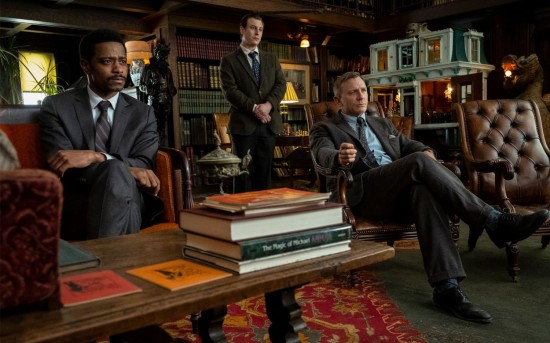 Three professionals want to know who killed Christopher Plummer and whether Kevin Spacey had an alibi.

Fans of writer/director Rian Johnson previously saw him dabble in the mystery genre with 2005’s Brick, a hard-boiled high school noir in which murder was afoot and everyone was guilty of something. After dabbling in preexisting universes with key episodes of Breaking Bad and that one time he turned Star Wars fandom into one big West Side Story gang war, Johnson returns to creating his own characters with Knives Out, a stellar whodunit that flips genre expectations, venerates a few old tropes, and, best of all, lets Daniel Craig have a rollicking vacation away from those glum Bond films and their even glummer press junkets.