The makeshift memorial that rose up near the Grandstand box office in the days after the events of August 13, 2011.

Have you ever looked back on an occasion, really dug deeply into those tucked-away memories, only to have your rose-colored glasses slapped off when you’re suddenly reminded of a truly terrible part that you’d managed to forget?

END_OF_DOCUMENT_TOKEN_TO_BE_REPLACED 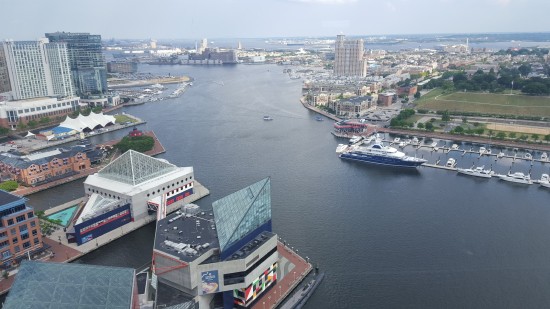 One great perk of vacation photography: creating your own PC wallpaper.

You may have noticed our next stop as an Easter egg in photos from previous chapters. The tallest building along Baltimore’s Inner Harbor is their 31-story World Trade Center. It’s one of 53 American members of the World Trade Center Association, which in all numbers 317 worldwide in 91 countries. The Baltimore version opened in 1977. Other than intense basement flooding from Hurricane Isabel in 2003, it’s been a relatively fortunate place.

END_OF_DOCUMENT_TOKEN_TO_BE_REPLACED

Once it was an unassuming plain owned by a local coal company. Fate would turn it into something else entirely.

Our next hotel was only a few hours from Weehawken in the town of Somerset, PA, but offered us grand luxuries that our previous hotel had denied us — free cookies, free coffee in the lobby, free stale popcorn, and (in a hotel first for us) an extravagant lap desk to use with our laptop. We settled in by the end of the afternoon, then walked away from all the amenities for something more important. We got right back in the car, headed north of the town of Shanksville, and paid a visit to the local must-see: the crash site of United 93.

By this time we were far from New York City, but no less connected to it by heart-rending 21st-century history.

END_OF_DOCUMENT_TOKEN_TO_BE_REPLACED 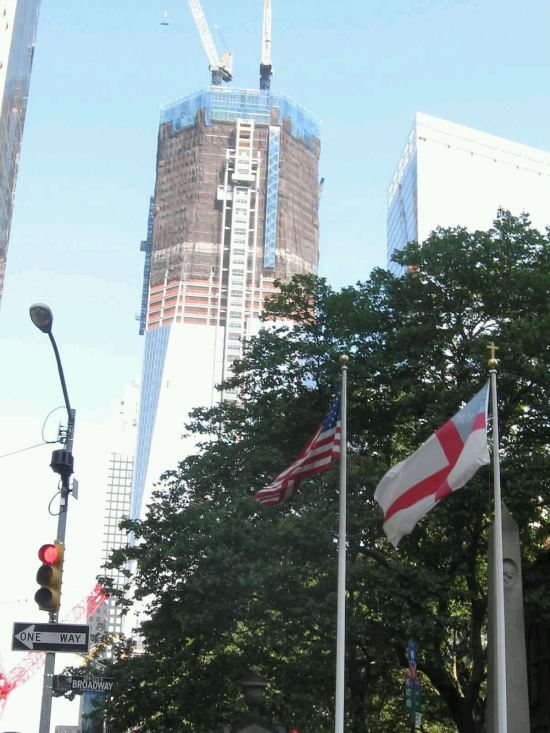 One World Trade Center as of July 2011. Reboot in progress.

The E train took us south from the Port Authority to the world-famous World Trade Center complex, a week after Independence Day and ten years after 9/11. Someday the area will be usable and photogenic again. At this point, unless your idea of photogenic is lifesize Tonka Truck construction playsets, no such luck. But it’s interesting to dream what’ll be made of the place.

END_OF_DOCUMENT_TOKEN_TO_BE_REPLACED

Since Midlife Crisis Crossover has only been around for sixteen months, I haven’t had the chance to establish any creative annual traditions yet. I’d prefer 9/11 not be one of them, but I already expressed 99% of my thoughts on the subject last year — answering the burning questions of “Where were you when, y’know, that happened?” and “How do you spend that day each year?” Rather than rewrite it from a different perspective, or reboot the whole thing as a brand new version of me with a completely different sequence of events, instead the link is enclosed here for newer readers who weren’t with us at the time, or for any longtime fans who appreciate the value of an occasional rerun:

–> Waiting Patiently for My Annual Day of Stillness to End

Those who prefer all-new material are welcome to some local on-topic trivia: my hometown of Indianapolis has its very own 9/11 memorial downtown. The dual centerpieces are girders recovered from the actual site, together weighing eleven tons.

We visited too early in the day, at a time when other things overshadow it. I detect a metaphor in there I’d rather not explore.

The granite backdrop behind the girders reads like so.

Both photos by Anne Golden.

Last year I forgot we’d taken these, but they finally came to mind this evening. I’ve kept in slightly less introverted spirits this year, albeit with mixed results. As always, Lord willing, here’s to a much brighter tomorrow.