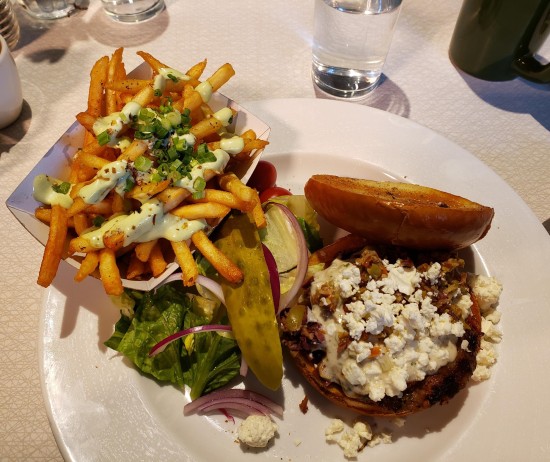 Well, at least we did before 2020. Anne turned 50 this year, but for work-related reasons involving the Age of Coronavirus, I’m currently not allowed to leave the state of Indiana for the foreseeable future. Anne did some local travel research, a longtime hobby of hers (you have no idea how many of our future road trips she’s already mapped out), and came up with a few things she thought would be fun to do on a Saturday in autumn. Naturally we had to start with a long walk around someplace with millions of leaves changing colors. When you live in Indiana, it’s what you do. After picking up some sugar for breakfast, our first attraction of the day was McCormick’s Creek State Park, southwest of Indianapolis…

…which we promptly vacated when the crowds began to triple in size, when we decided we’d gotten our money’s worth from the park admission fee, and as lunchtime drew near. As it happened, Anne’s short to-do list divided into two neat halves, each of which lay upon State Road 46 an hour south of Indianapolis. The loci were twenty minutes apart, so easily navigable that I could memorize the directions in advance even at my age, which works especially well now that state law as of July 2020 forbids me from using Google Maps on my phone while we’re in transit. Anne is all too happy to allow for anything that forces me to drive more safely. If it means other drivers likewise must keep their phones sheathed so they can concentrate on driving more quickly and without collisions, then for those two ideals I can support it.

Anyway: on to food. It was a birthday outing. Of course we ate.

Next stop was Bloomington, home of Indiana University. We’ve driven through many times over the years but rarely made time to stop and hang out there. A common practice for some of our past one-day trips has been to pick a town and wander around its downtown, its Main Street, its town square, or whatever passes for its cultural and small-business nerve center. The best Indiana towns and cities are not defined by four-lane highways with Red Lobsters and car dealerships up and down their lengths. College towns in particular always have a hub somewhere. Bloomington’s was easy to find.

We weaved around their downtown a bit, paid for a few hours of parallel parking, and went wandering toward a restaurant called FARMbloomington in collegiate defiance of old-school English naming rules. They’ve been a B-Town staple since 2008, housed in the old Odd Fellows Building that dates back to 1913. That’s my lunch up there in our lead photo. 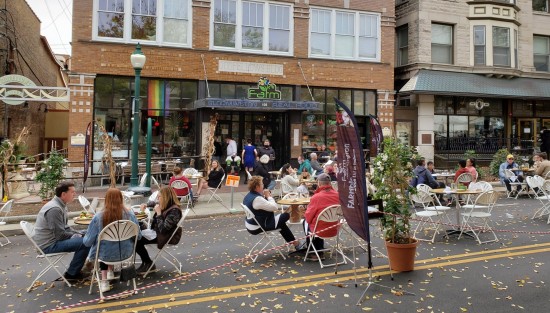 The block was closed to allow for outdoor seating. We waited an extra five minutes for indoor seating, which was reasonably distanced from the other tables. 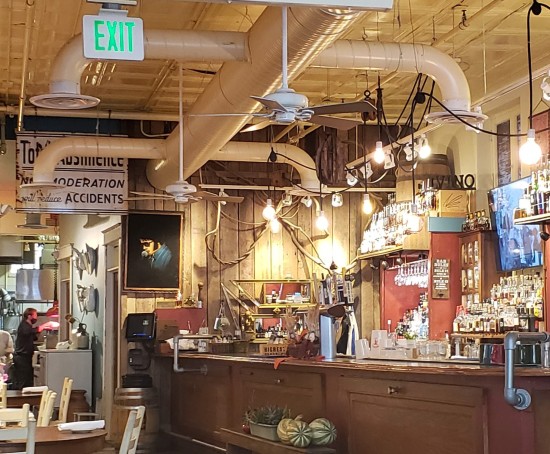 A view of their self-explanatory FARMbar (actual name), whose decor appears to include a velvet Elvis. 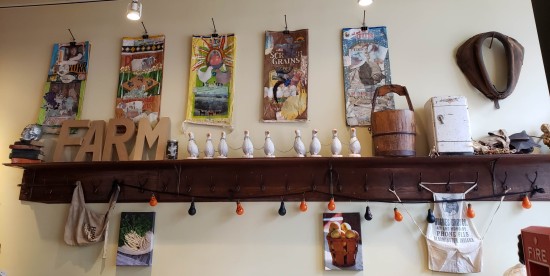 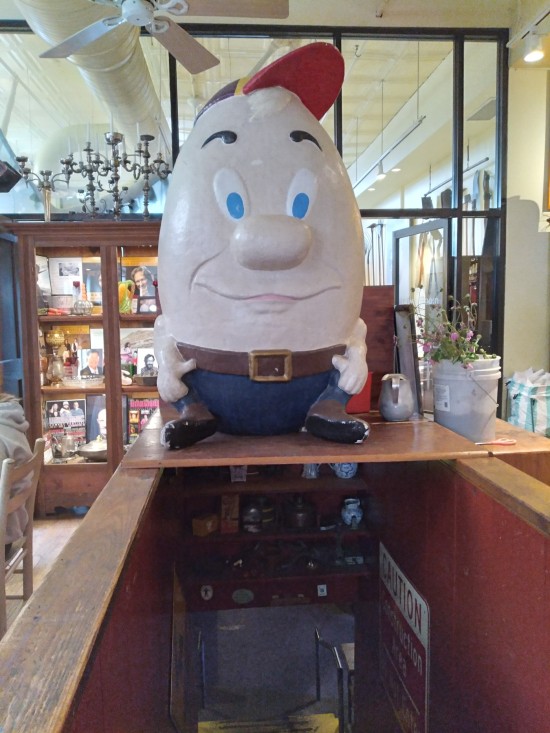 Anne went in search of restrooms and ran into Humpty Dumpty. 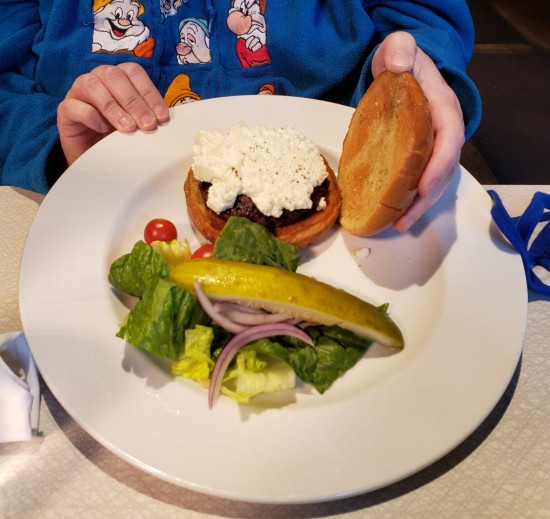 Anne’s lunch of choice: a bison burger called The Lugar, named after one of Indiana’s most respectable politicians ever to serve in any office in my lifetime. It once received a glowing review in Food Network Magazine. Served with a “Columbus Cowboy” rub on a brioche bun, and an optional cheese we can’t recall — feta, Brie, or goat cheese.

Service was kind, prompt, and in satisfactory observance of COVID-19 protocols. The burgers were okay, not mind-blowing. In hindsight Anne wishes hers had had less cheese, which is not a phrase that ever comes to mind for us. Next time we’re in town, maybe we can sample their brunch.

Slight backtracking for a bonus point of order: though we weren’t technically out of town yet, the breakfast that kicked off our miniature road trip was a half-dozen donuts from Rise’n Roll Bakery, a central Indiana establishment that recently opened their third location not far from us in Avon. We’d been to their Greenwood location in the past and approved of both their pastries and their selection of nonperishable food products from local companies — jams, jarred farm-fresh veggies, and so forth. Avon now boasts four different donut shops, two of which opened during Our Year in Hell, one of which had shut down early into the pandemic but which recently reopened. Part of me wishes I could shift gears and make this entry entirely all about those plentiful donut access points presently available to us, as their newfound coexistence arguably represents one of the highlights of 2020, but I need to stay on target. The donuts are mentioned here chiefly for the sake of travelogue completeness. 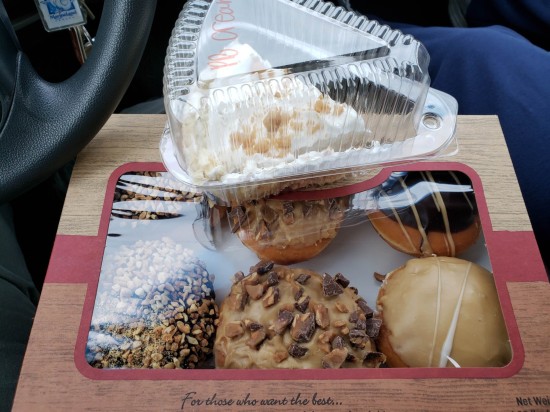 They also threw in a free slice of peanut butter pie. They didn’t say why. We didn’t say no.