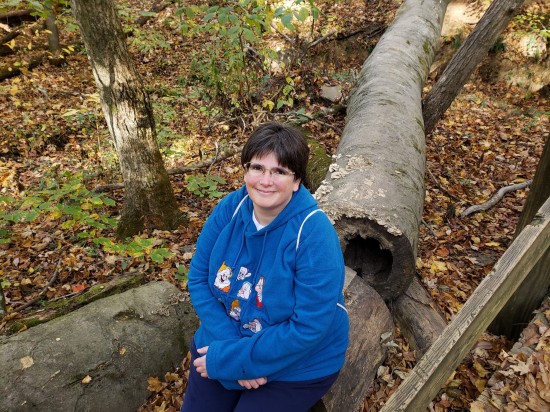 Well, at least we did before 2020. Anne turned 50 this year, but for work-related reasons involving the Age of Coronavirus, I’m currently not allowed to leave the state of Indiana for the foreseeable future. Anne did some local travel research, a longtime hobby of hers (you have no idea how many of our future road trips she’s already mapped out), and came up with a few things she thought would be fun to do on a Saturday in autumn. Naturally we had to start with a long walk around someplace with millions of leaves changing colors. When you live in Indiana, it’s what you do. After picking up some sugar for breakfast, our first attraction of the day was McCormick’s Creek State Park, southwest of Indianapolis… 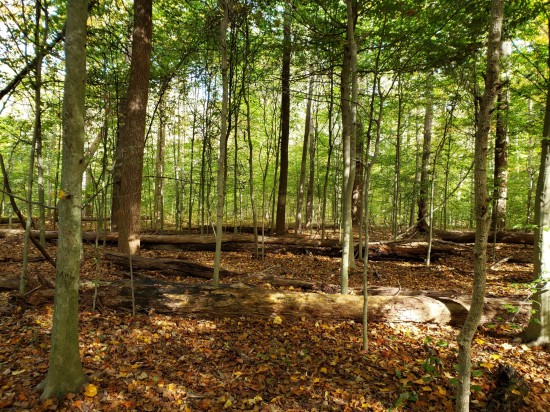 Thankfully not as many staircases as the other parks we’ve visited this year.

A broken tree with a story to tell.

This view reminded me of some northern areas in Skyrim.

Limestone plus years of erosion produced Wolf Cave, featured on their map. The name comes from a rural legend involving a wolf pack and a woman carrying groceries.

As we finished taking pics of Wolf Cave, a family of thirteen (!!) walked up for their turn. We skittered around them and scurried away. We’d brought masks in case of crowding, but had hoped not to have to use them outdoors. It was kind of the point of doing a park in the first place. 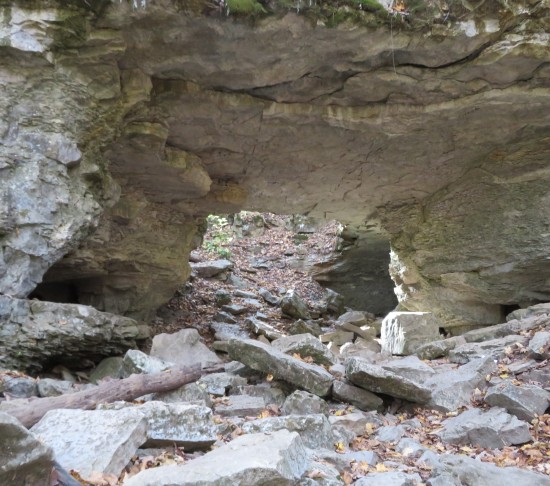 A rock underpass not far away from Wolf Cave. We couldn’t investigate more closely because kids were playing up there.

The feature presentation, McCormick;s Creek itself.

Zoomed shot of those falls.

A bit farther down, folks began to pop up and cluster and loiter and take up space and present potential viral threats. 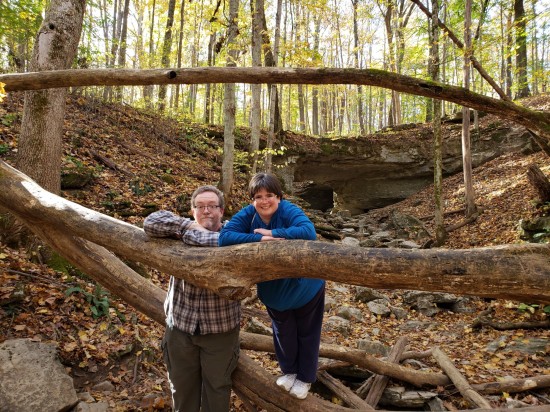 The two of us, trying not to dwell on the crowds. Photo taken by a stranger from Brownsburg, who thankfully didn’t infect us. And hopefully vice versa.