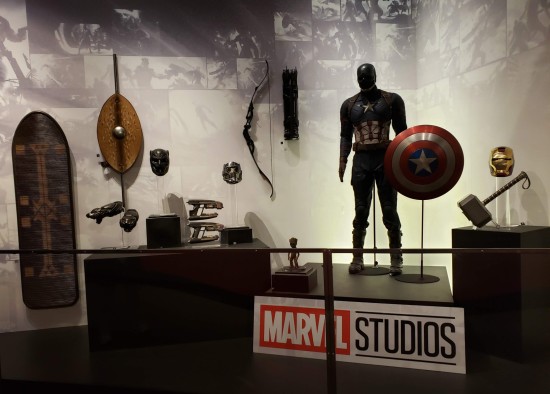 True story: certain works filmed partly or entirely in Georgia have earned cumulative billions in international box office. Not all of that was from Fried Green Tomatoes.

Every year since 1999 my wife Anne and I have taken a trip to a different part of the United States and visited attractions, wonders, and events we didn’t have back home in Indianapolis. From 1999 to 2003 we did so as best friends; from 2004 to the present, as husband and wife. 2019 marks the twentieth anniversary of our annual tradition, which began with our very first Wizard World Chicago. Apropos of our history, we’ll be honoring the occasion by combining two of our favorite shared pastimes: vacation and convention.

As I type this we’re snugly in our hotel and decompressing after Day 3 of 8. We’ve crossed most of the primary attractions off the “tourism” half of our to-do list and have a few more places we’d like to see before it’s time for autographs, photo ops, cosplay, and tens of thousands of other fans descending on Atlanta and making our restaurant waits much, much longer than they’ve been so far. We’ve already amassed hundreds of photos for sharing in future MCC galleries for our regular readers and stray search-engine users.

Until then, please enjoy a ten-pack of samples from my favorite surprise today. We visited the library and museum of President Jimmy Carter under the expectation of seeing grand displays of American history as well as artifacts illustrating his numerous post-Presidency accomplishments. What we didn’t expect was a bonus exhibit saluting the hundreds of movies and TV shows that have been filmed in Georgia over the past 80+ years. While we’re still out of town and not prepared to post all the things yet, please enjoy these ten images from the Carter Museum’s super fun assemblage. You may recognize a few of these.

One of the most celebrated Georgia productions on TV, AMC’s The Walking Dead is thoroughly represent by props such as Daryl Dixon’s motorcycle and crossbow.

Nods to dearly missed teammates include Carl’s giant can of chocolate pudding and Glenn’s hat.

This entire exhibit would be an incomplete sham without Tyler Perry’s Madea.

Props from 2017’s Jumanji: Welcome to the Jungle include a ukulele signed by Jack Black and Kevin Hart’s hat. 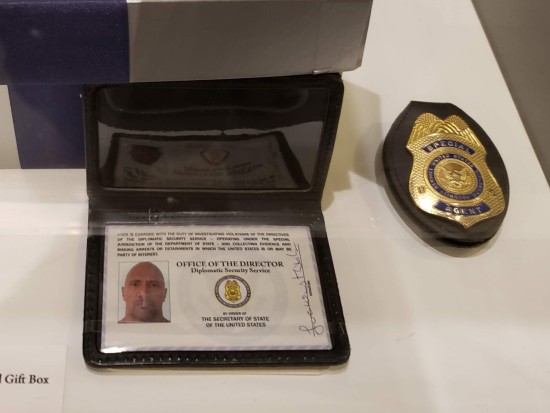 This ID and badge entitled Dwayne “The Rock” Johnson to stomp anyone and everyone with impunity on the set of The Fate of the Furious. 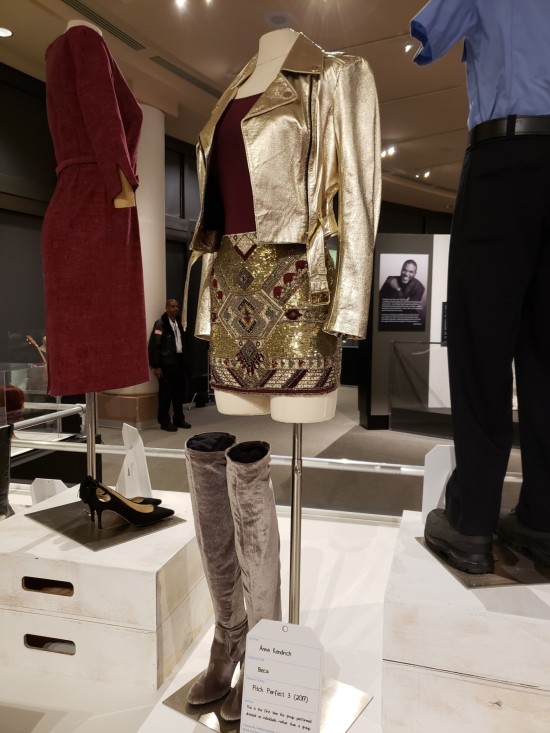 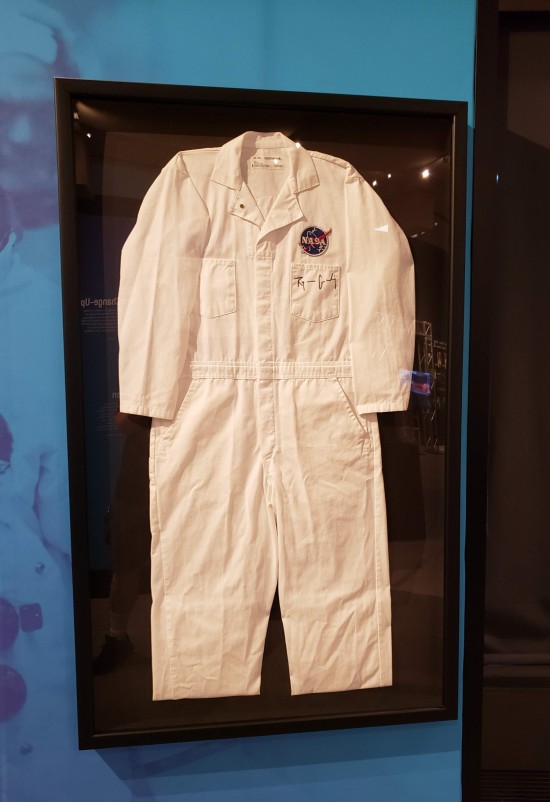 Like many movies and shows, Stranger Things is filmed in Georgia but pretends it’s set elsewhere. Not that we here in Indiana, where the series takes place, are BITTER AND JEALOUS or anything.