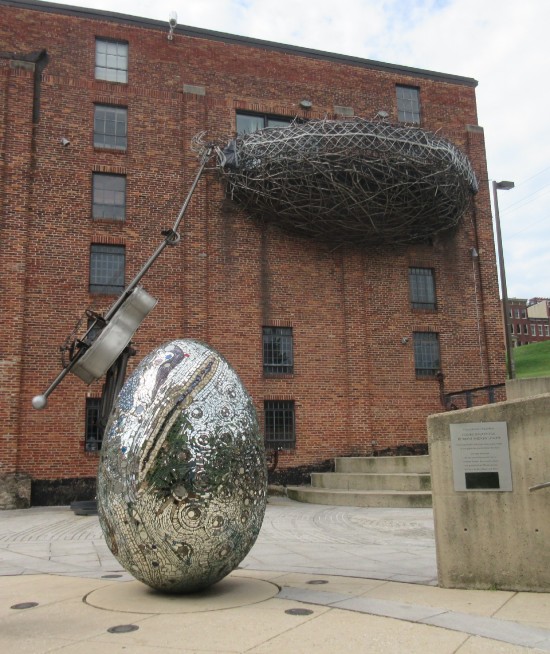 We’d spent all of Monday waltzing around the Inner Harbor, diving into local U.S. history but without straying too far the waterside scenery. Tuesday was time to go a little deeper into the surrounding environs and see what else Baltimore had to offer. Our only water taxi ride of the day — after a long wait in the morning sun — carried us to the south end and in the direction of something completely different.

Past the floating restaurant called the Rusty Scupper and through a convoluted parking garage, we headed south toward Federal Hill Park. It’s lush, it’s green, it’s covered in city activity opportunities for kids and adults alike. It’s also, as the name implies, a capital-H Hill, and not a short one. Perhaps it was pretty and lively up there. I couldn’t tell you because we didn’t want to use up all our walking energy before 10 a.m.

But our view from the garage was nice.

We turned our heads slightly to the left and spotted our first attraction of the day: the American Visionary Art Museum. You see the bricks and hear the words “art museum”, and maybe you’re already either nodding off or setting your monocle in place. 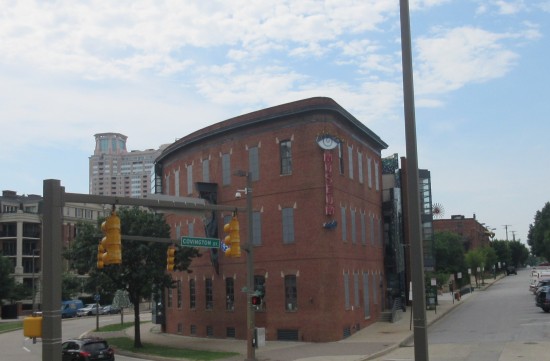 The eye at the top of their log is of course the window to their soul.

Once you approach that tenement-looking drabness, tiny hints of color and oddity peek out the windows, teasing you to come inside. Not until you walk around to the east entrance do you start to comprehend the scope of what you’re about to witness. 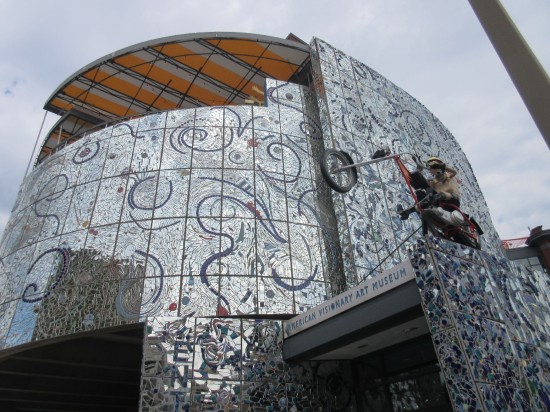 The LeRoy E. Hoffberger Shining Youth/Shining Walls Mosaics are a 16-year project (and counting) composed in partnership by the hands of local at-risk youth.

The American Visionary Art Museum was opened in 1995 explicitly as a showcase for amateur artists, non-artists, people from all walks and career tracks yearning to unleash their creative impulses but lacking the art-scene connections to reach an audience. Many are local; virtually none are famous or named in textbooks. Comprising three buildings in all, the AVAM is festooned all around with permanent installations that amuse and perplex even before you’ve had a chance to enter and pay admission. 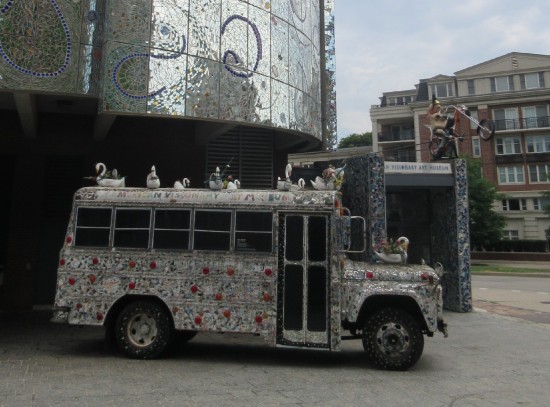 Also covered in mosaics: the “Galaxy-A-Go-Go” bus created by Nancy Josephson, a longtime musician who used to play bass for Arlo Guthrie. 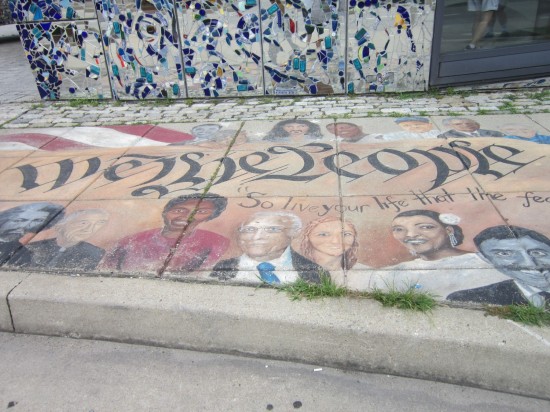 WE THE PEOPLE is a portion of A Very Visionary Star-Spangled Sidewalk, the brainchild of one Lee Wheeler and impossible to do justice in a single shot. 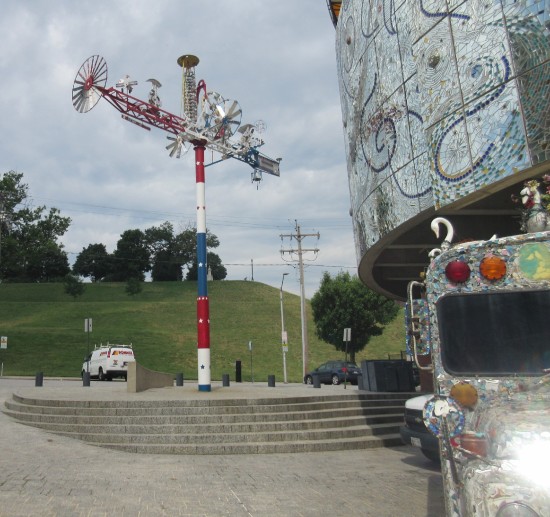 A “WhirliGig” by Vollis Simpson, a junkyard artist and WWII veteran who passed away in 2013. I understand there’s an entire park full of these in Wilson, North Carolina. 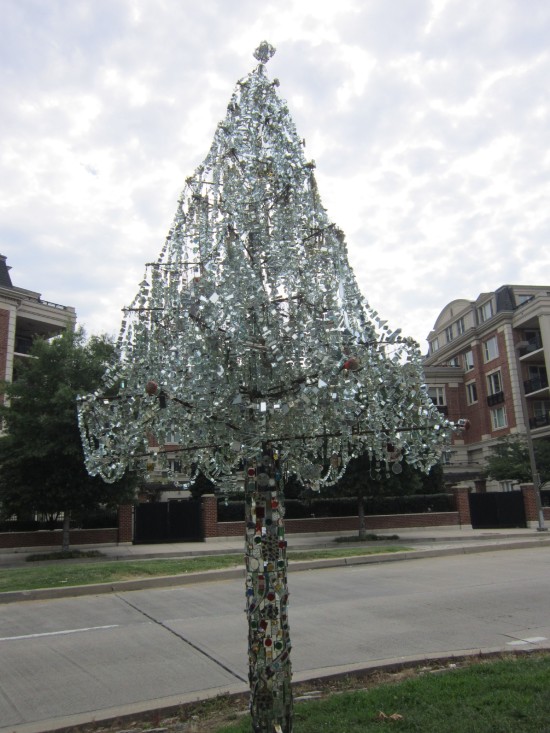 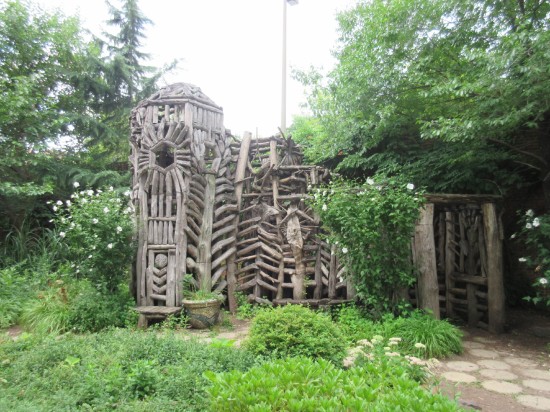 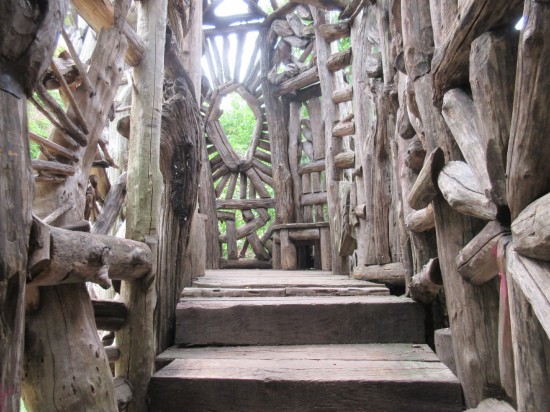 Inside the playful Chapel. 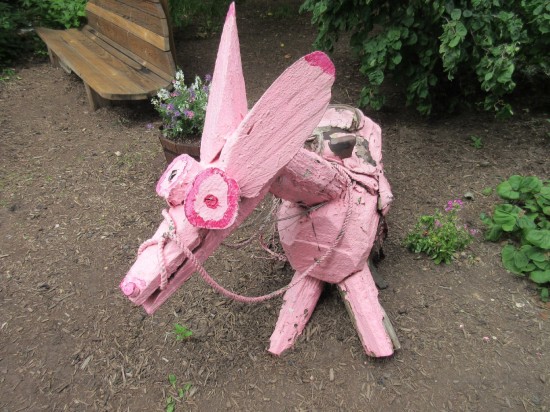 One of several Critters by folk artist Clyde Jones. This may or may not be a pink donkey. 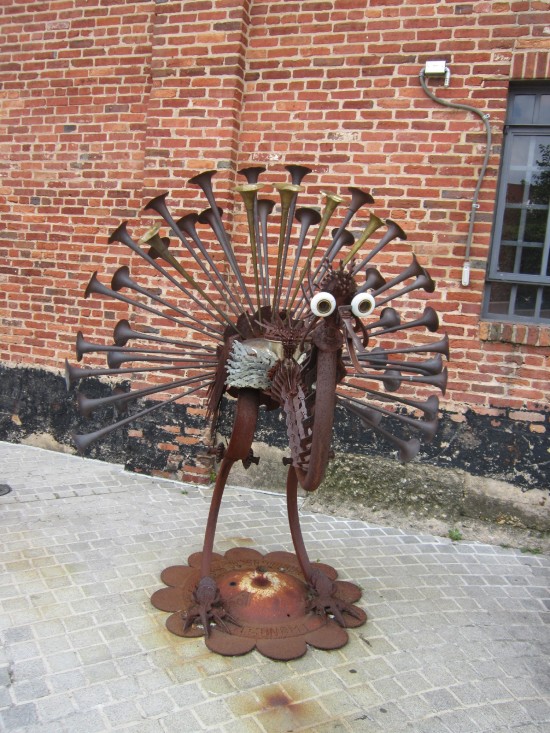 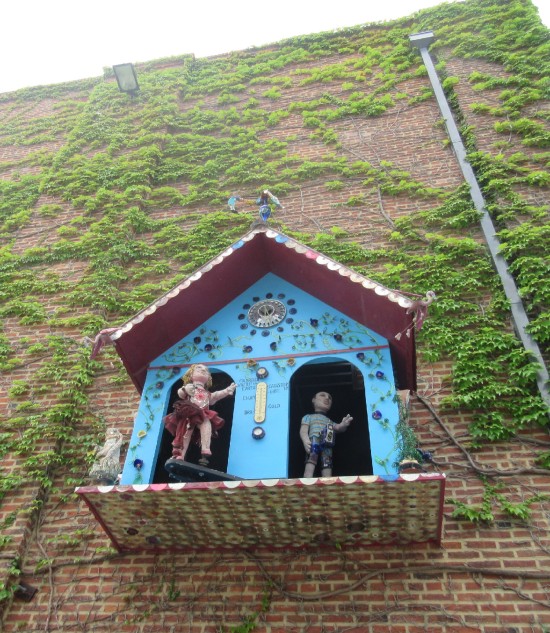 A clock of sorts… 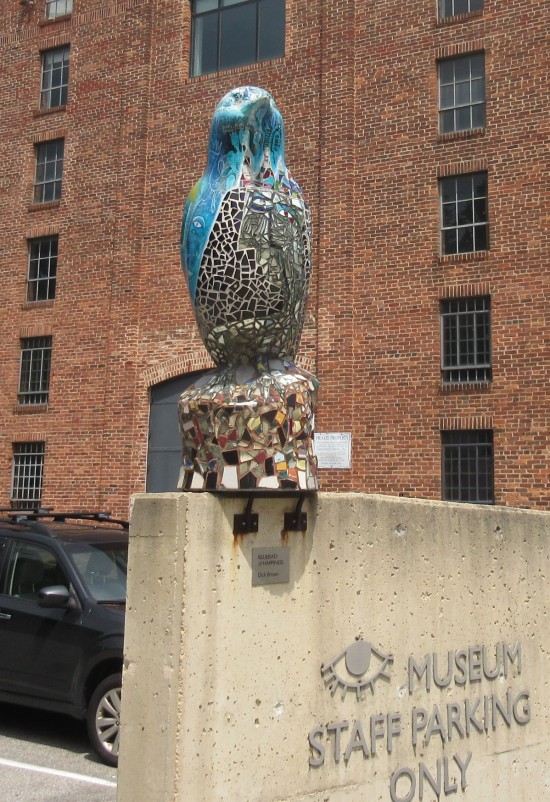 A big bird guarding the edge of the third building. 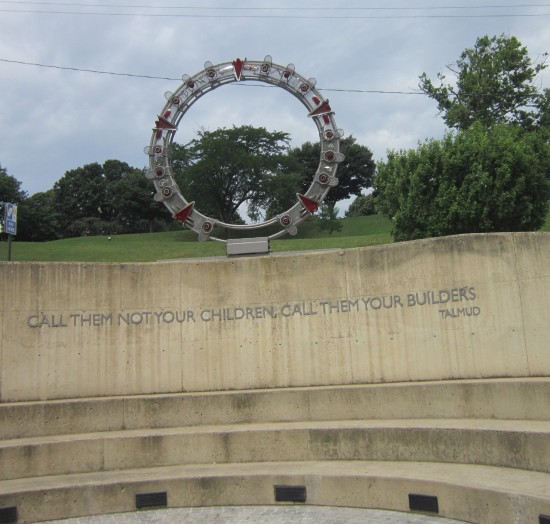 Their official site was enormous help in identifying much of the art and artists, but I couldn’t find clues to this Stargate anywhere. Assuming it’s actually an art fixture and we didn’t stumble onto something bigger here.

…and that’s just some of the art on the outside.