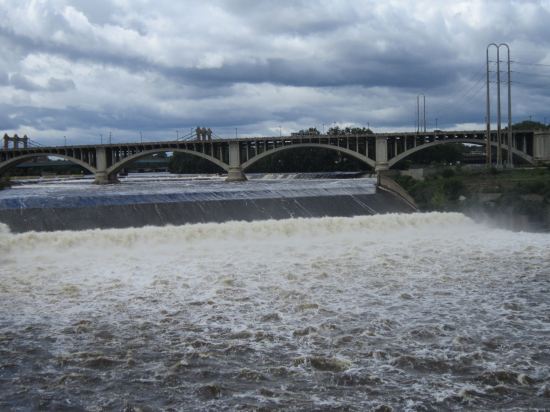 St Anthony Falls, on the Mississippi River in north Minneapolis.

So far on Day Three of our road trip, we’d spent the early morning at the Mall of America and the early afternoon touring the stabilized ruins of a twice-gutted flour mill. For the late afternoon, we took a different direction and headed outdoors for a walk along the banks of the Mississippi River. Behind and around the Mill City Museum lies some refreshing spots of natural scenery and a chance for rather welcome serenity. 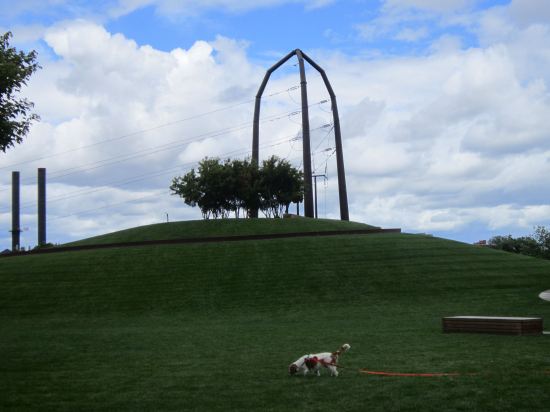 The singular hill in the center of Gold Medal Park, a couple blocks down from the Mill City Museum.

The street view of the Mill City Museum block is mostly former factories and other industrial shells. Behind the old-time working-class exterior: nature!

Here and there, a few commercial elements poke out between structures. Some of the walkways were closed off for party-planning for that week’s hosting of the Major League Baseball All-Star Game. We found one food truck lying in wait for customers anticipated later that evening. 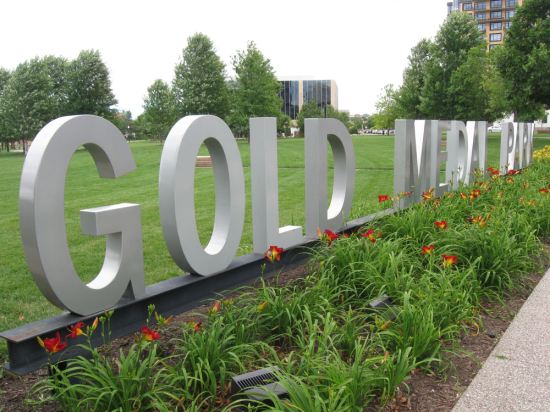 Its namesake is one of several companies past and present with former and existing real estate along the Mill District riverfront.

The non-factory structure at left in that photo is the Guthrie Theater, an odd juxtaposition to the neighboring spirits of manufacturing concerns. I wouldn’t have minded catching a show, but it’s not the sort of cultural center that offers everyday matinees. 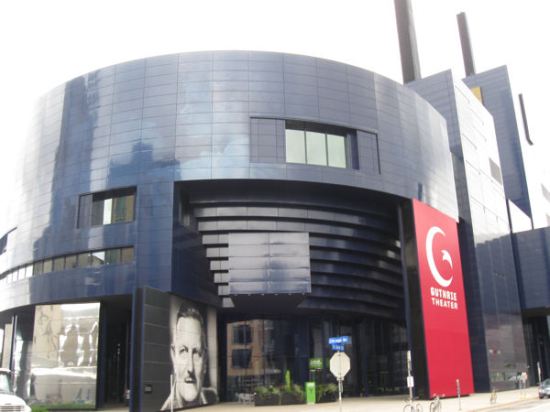 The view from the 32-foot-tall imitation burial mound gave us a glimpse at the largest flock of cranes I’ve ever seen. Minneapolis is apparently a city that’s all about building and rebuilding.

As you step away from 2nd Street and closer to the Mississippi, quiet seclusion is easier to find.

Look carefully and you’ll find this memorial to the I-35W Mississippi River Bridge collapse of 2007, which happened the year after our last Minneapolis visit. This part of the Remembrance Garden honors the thirteen victims among the 111 vehicles that were on the bridge at the time during rush hour. 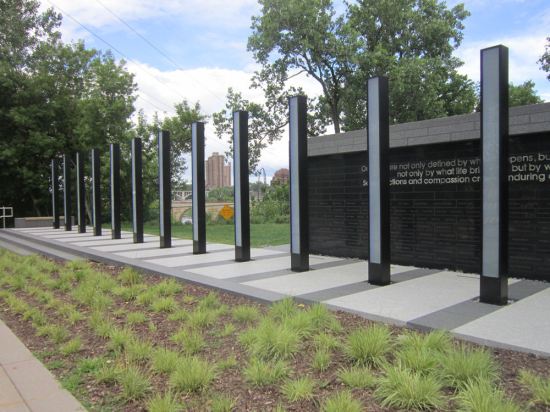 This part of our walk became less about scenery and more about haunting images of times past. We’d read about the collapse when it happened, and had wondered at the time if our original 2006 travels had taken us near here. In all honesty, I can’t recall anymore if that was the case. Regardless, I didn’t realize we were in its vicinity now until we stumbled across the memorial.

From the Stone Arch Bridge upriver, in the distance you can see the new I-35W bridge that was built and opened in September 2008, assuredly with better, stronger construction. Between this new expanse and the memorial to the old, not to mention the aforementioned calamities that befell Mill City’s previous incarnations, this section of the Mississippi brought about much more reflection and solemnity than we would’ve expected.