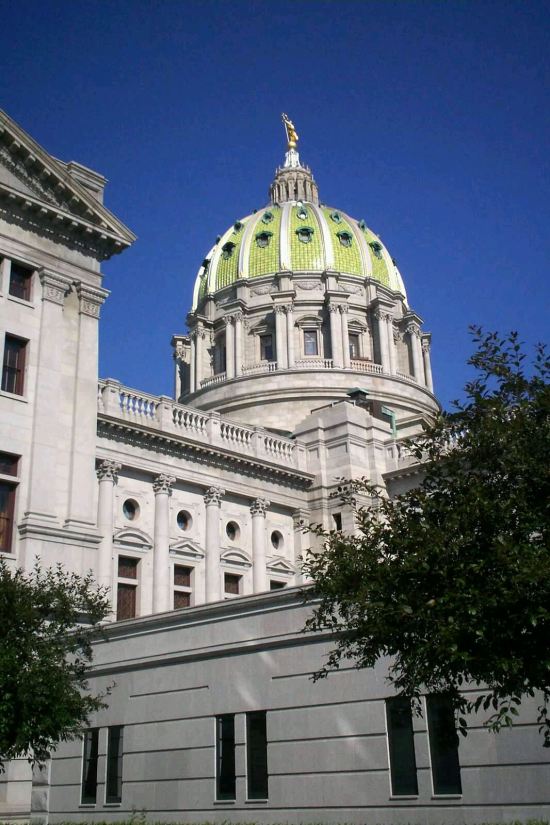 After unremarkable free breakfast at unremarkable hotel, we took a jaunt down the road to Harrisburg, which we’d driven through in 2010 without stopping. We’d skipped it because our searches for “Harrisburg tourism” kept turning up the Pennsylvania State Capitol dome as its #1 attraction. The same thing happened to us in 2008 with Charleston, WV, where their gold-leaf Capitol dome was virtually the only notable feature in all the city and in all the Internet. You’d think any really exciting state capital should have its Capitol Dome ranked around #7 or #8 behind a glorious selection of roadside attractions or amusement parks. We knew Harrisburg would be larger and theoretically more interesting, but Capitol domes alone don’t much preoccupy us. 2010 wasn’t the first time we’d driven through a state capital without stopping for at least one sight. (Richmond, VA, we fail to salute you!)

This year, our New Cumberland hotel was right there in the thick of Harrisburg’s interstate construction. Anne was interested but would’ve been willing to bypass it a second time if it hadn’t been so darn convenient. We were right there. A few minutes wouldn’t hurt.