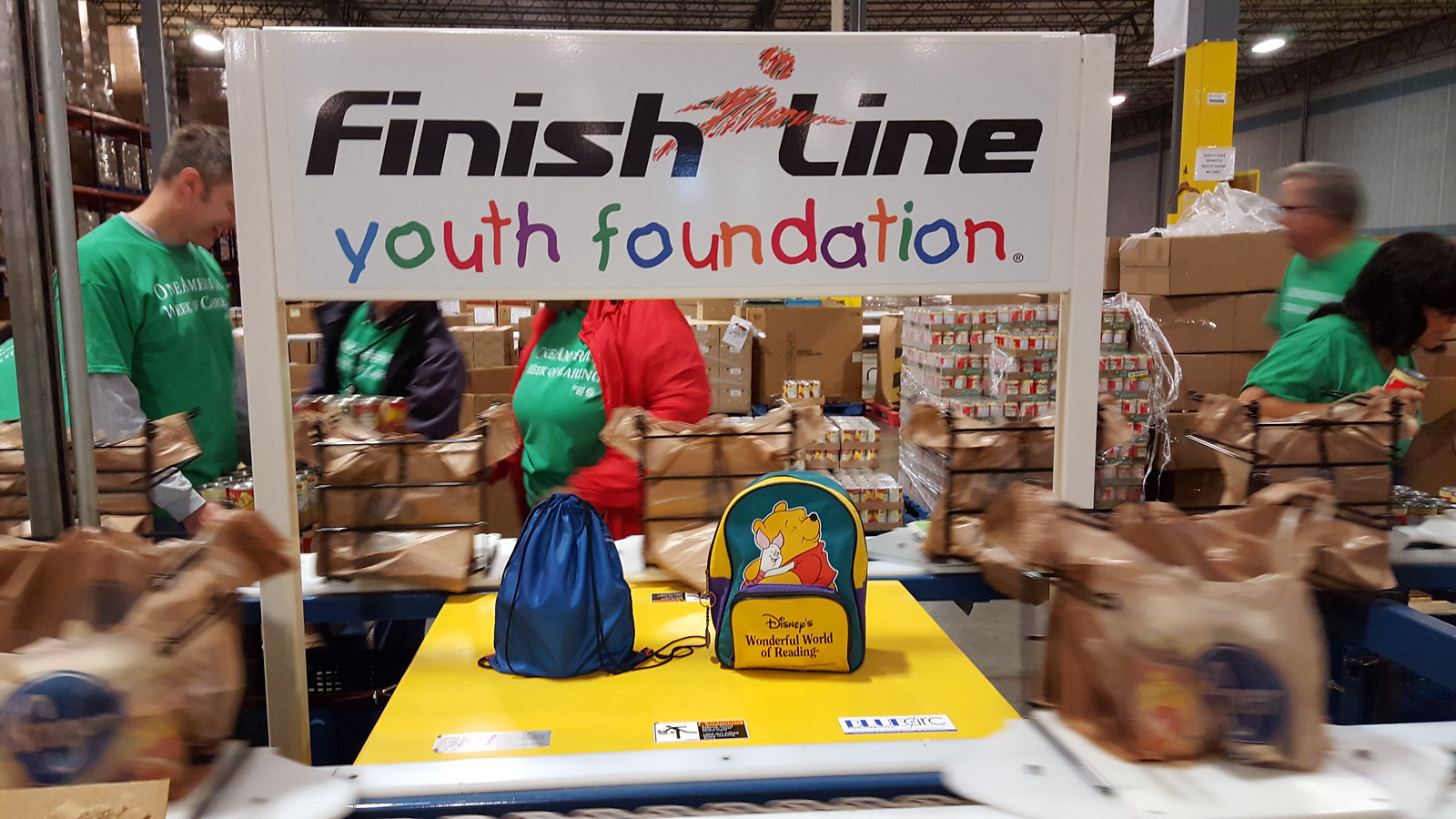 Our team of volunteers busy and bustling and bagging away.

Previously on Midlife Crisis Crossover, each year from 2014 to 2016:

[My employers] gave several hundred of us the opportunity to spend half a workday (on the clock!) participating in scheduled acts of service at various charities throughout Indianapolis — charitable synergy courtesy of United Way. I signed up and went forth to serve at Gleaners Food Bank of Indiana, one of the most prominent resources in local hunger relief efforts. Despite their long-standing presence and far-reaching efforts, Gleaners has yet to run out of work. Like any major city, Indianapolis has its share of poverty-stricken residents, food deserts, regrettable layoffs, and hard times during recessions. Officially, the Food Bank doesn’t hand out food directly to the needy; it’s the distributor that provides foods to food pantries, soup kitchens, homeless shelters, domestic abuse hideaways, and the like. The Food Bank, in turn, receives its supplies via donations from the big-box stores (Kroger, Meijer, Marsh, Walmart), from government suppliers, and from food drives held by other corporations and organizations. It’s a complex delivery system with many important components, and help is always welcome.

…and so it went again in this outtake from September 2017, when dozens of my coworkers and I flocked to Gleaners once more for another round of assistance with their various anti-hunger processes. This year I was on a team tasked with filling up bags of groceries that would be handed out to local schoolchildren in need — canned, boxed, and pouch-shaped items of varying degrees of nourishment, all to ensure they’d have something to eat besides their school lunches.

I didn’t write up the experience this time for MCC because honestly, after four years, what else is there to say? Other than copying-and-pasting the same description, which I just did there? The work is sadly still necessary, and many of us were happy to pitch in. We weren’t there to show off or stand out or selfie our way to victory. We were just faces in a crowd ready and willing to do our little part. I lost track of how many bags we put together in all — somewhere in triple digits? — but we kept busy, kept the assembly line going steady, and kept up hopes that we made a difference to someone out there. 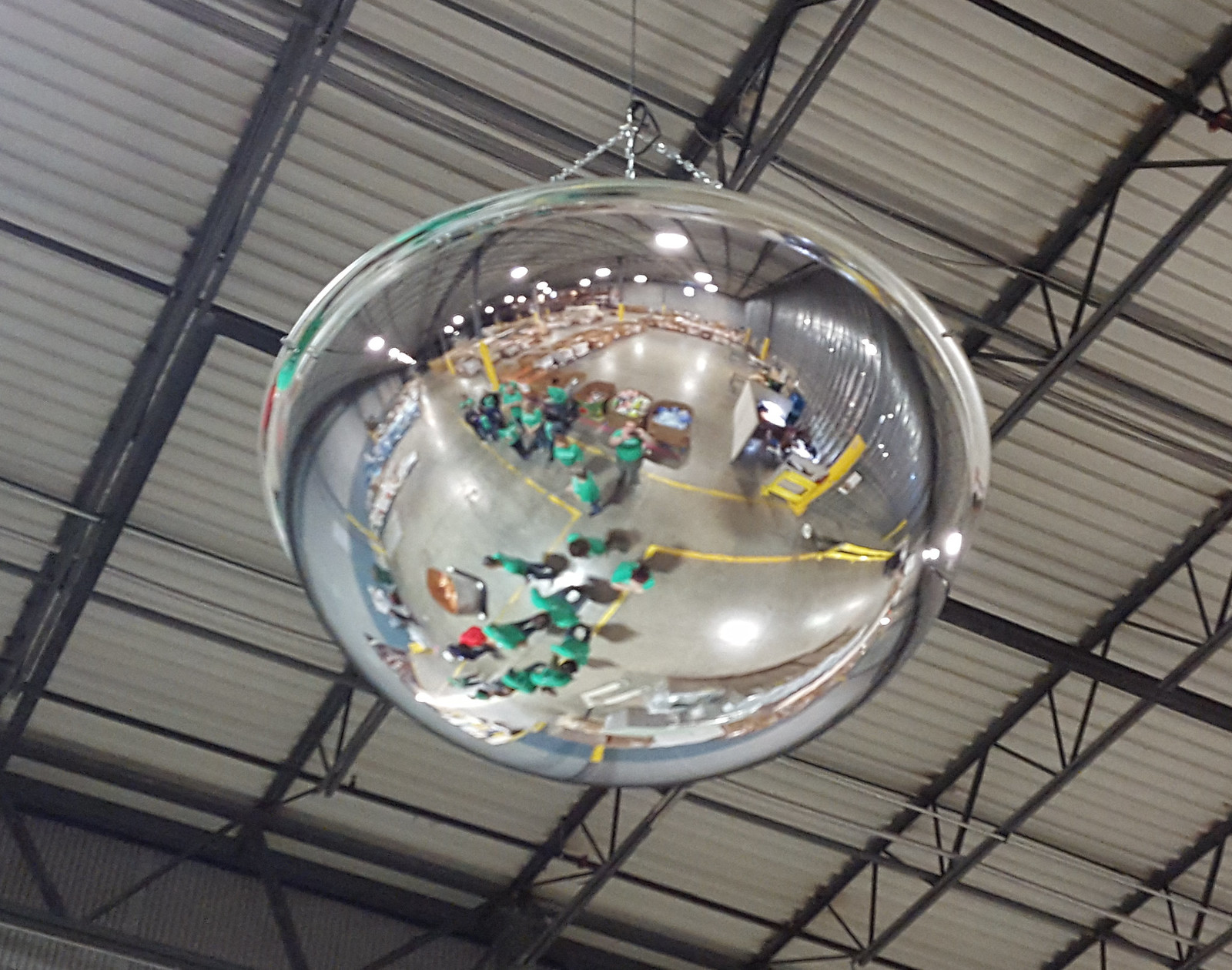 A reflection of our volunteer group off the overhead camera shield, milling about in our service.

If you’re viewing this photo gallery from a comfy living space on a full stomach, these discount meats probably aren’t meant for you.

END_OF_DOCUMENT_TOKEN_TO_BE_REPLACED

Sorry, folks. None of these are for you. If it makes you feel better, I couldn’t have any, either.

END_OF_DOCUMENT_TOKEN_TO_BE_REPLACED

No, that’s not a photo of my interim reign as CEO of the Box Factory. But I can dream.

Last week my employer tried something new: they gave several hundred of us the opportunity to spend half a workday (on the clock!) participating in scheduled acts of service at various charities throughout Indianapolis — charitable synergy courtesy of United Way.

I signed up and went forth to serve last Thursday morning at Gleaners Food Bank of Indiana, one of the most prominent resources in local hunger relief efforts. Oddly, my shift happened a full week before our local media declared today as Hunger Action Day. My coworkers and I may have missed that holiday, but I should hope our efforts were useful regardless of timing.