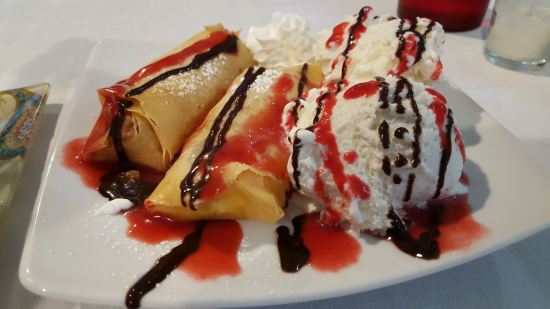 When restaurateurs want to make their mark on Indianapolis, they rarely glance in the direction of the west side. They flock to the upper-class north suburbs and their adjacent cities, they swarm around downtown’s millennial-professional boom, they move to the increasingly trendy near-southside neighborhoods of Fountain Square and Fletcher Place, or they take their chances in old-school-hipster Broad Ripple. We west-siders notice articles in the Indianapolis Star or in Indianapolis Monthly boasting about new restaurants and talented chefs, cross our fingers hoping someone will give us a chance, and find ourselves let down every time, feeling neglected and déclassé while they brag about marching in lockstep toward the only compass directions that matter to the Hoosier jet set.

When I read that a new place called Lola’s Bowl and Bistro opened suspiciously close to our house, serving fine Filipino cuisine, I wondered if it was a hoax, a dream, or an imaginary story. Or, y’know, journalism made of LIES. But no, Lola’s is real and they’re on our side of the Circle City, next to the one stoplight in Clermont.

I’m already talking too much. I’ll pause here so you can stare at our dessert for a few minutes. It’s also my desktop wallpaper at work.