Thank you for your service, young Union soldier who brought a thick book to a gunfight.

Not every tourist attraction lends itself to images of natural grandeur or bizarre imagination. In some of our more recent road trips we’ve been adding American battlefields to our itineraries, a relatively new item of note for Anne the history aficionado. Longtime MCC readers may or may not recall our previous stops at the former war zones of Antietam, Gettysburg, Saratoga Springs, Chickamauga, and locally notable Tippecanoe. If we’re talking the Revolution in general (the Saratoga Springs context), I suppose we could count Boston — just Boston period, I mean — but that feels like cheating.

In 2019 my wife Anne and I attended our very first Dragon Con in downtown Atlanta, even went so far as to make it the centerpiece of our annual road trip. We were so blown away that we executed an encore presentation in 2021, which was a similarly amazing experience even with strongly enforced pandemic precautions in place. It likely won’t be our last time in town.

We regret we’ll be opting out of D*C 2022 for a variety of reasons despite numerous temptations, but we’re trying to content ourselves with sharing the previously untold tales of our two-day drive down to Georgia and the sights we caught along the way. It’s perfectly okay to make a prequel nobody asked for…

Welcome! No one’s made a movie about it yet, but it’s right there.

Twenty-odd miles southeast of Nashvllle, just outside Murfreesboro is Stones River National Battlefield, one of America’s eleven federally designated “National Battlefields”, same as Antietam. That’s not to be confused with our nine National Military Parks (which include Gettysburg and Chickamauga); four National Battlefield Parks (of those, we did try to visit Kennesaw Mountain, but were outnumbered by joggers); the one (1) National Battlefield Site, in Mississippi; or other battlefields that didn’t fill out the proper forms and are labeled mere National Historic Sites (sorry, Saratoga Springs). Stones River may not be among the marquee names, but it was very much a Civil War battle, with casualties and everything. 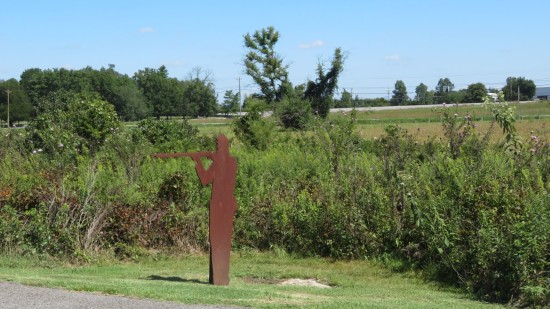 If you’re like me, and I know I am, the Battle of Stones River was never mentioned in your history classes. Lasting three days beginning December 31st, 1862, the Union Army of the Cumberland (43,000) under Major General William Rosencrans would eventually take the win over the Confederate Army of Tennessee (38,000) under General Braxton Bragg, though tens of thousands of casualties would be racked up between their forces. The area was prized for its potential as a transportation hub, given its proximity to Nashville’s Cumberland River wharves as well as the Nashville & Chattanooga Railroad lines. Afterward, Murfreesboro became a Union supply base and fought off another wave of Confederates who tried taking it back in late 1864 under General John Bell Hood at the Battles of Franklin & Nashville. 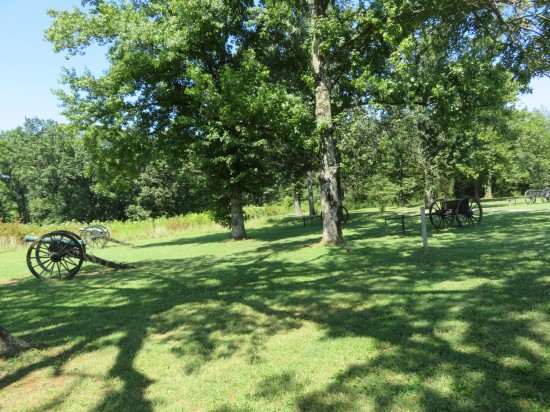 95% of every battlefield we’ve seen is basically Fiddler’s Green with cannons. The historical resonance can be felt somewhat better in person than through photos of trees and grass and more grass.

As with Falls of the Ohio State Park, a hindsight review of our photos reveals we took more inside the visitors’ center than we did outdoors.

Before the Civil War, outdoorsmen could be a thoughtful, studious bunch.

Then ask them to man a cannon, and off they go.

I’ve been staring at this pic for several minutes as my aging eyes try to discern whether they’re blue or grey. It’s that stupid dress all over again.

The veritable arsenal on display includes this nasty-looking hooked bayonet.

Ammunition samples include a Parrott shell and 12-pound solid shot.

A rather large Hotchkiss shell. 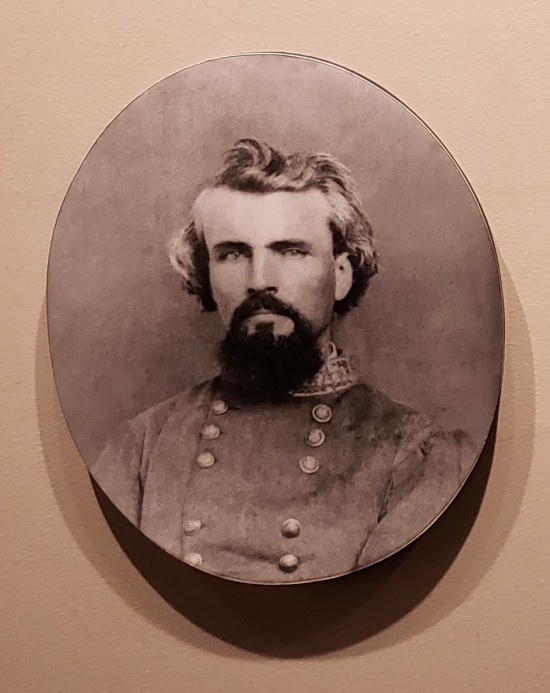 One wall spotlighting later battles in the vicinity mentions the Battle of the Cedars (12/7/1864), in which those curb-stomped included forces led by future KKK leader General Nathan Bedford Forrest.

This exhibit has some cowbell, but y’know what it could use…?

We wandered the grounds outside a bit more and paused for moments at a war memorial. The Hazen Brigade Monument was built months after the battle rather than decades postbellum like most such monuments. Some 400 died Colonel William B. Hazen, who commanded four infantry regiments, including our own 9th Indiana, of whom 113 were among the dead. 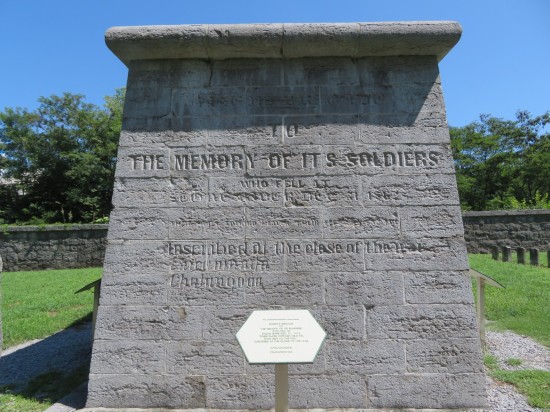 A closer look at the Hazen Brigade Monument inside its fenced enclosure. 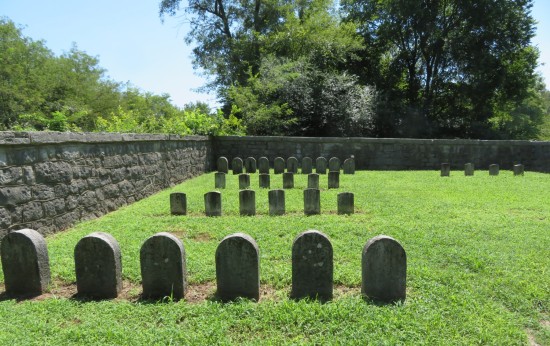 A tiny cemetery within that enclosure.

The solemn Facebook-d version, with Anne and the souvenir Union hat she bought at Chickamauga.

Part 1: Firefight Club
Part 2: Sweets for Your Sweet
Part 3: The Ohio River Runs Through It
Part 4: Louisville Sluggish
Part 6: A Taste of Tennessee
Part 7: The Atlanta Outtakes
Part 8: The Welcomes Back