Mountains! Forests! Mountains with forests on them! We were definitely not in Indiana anymore.

From the ancient buffalo graveyard it was a four-hour haul to our next attraction deep in the heart of the Cowboy State. It wasn’t long before we zoomed past the exit to Devil’s Tower, passed the longitudinal coordinates for Woodland Park, CO, and would officially drive The Farthest West We’ve Ever Gone in Our Lives.

(Anyone who’s ever seen the Pacific Ocean or had use for a frequent-flyer program is free to be unimpressed. We humble bumpkins claim our little personal victories wherever we can.)

Why stay home and stare at classic Microsoft wallpapers online if you have the chance to see the real thing live?

The horizon is sending us smoke signals.

Along the way we couldn’t stop taking photos of all the landscapes and panoramas and prints and wallpapers that comprise the natural totality of Wyoming. We stopped in Gillette for lunch and a glimpse of a roadside curio or two… 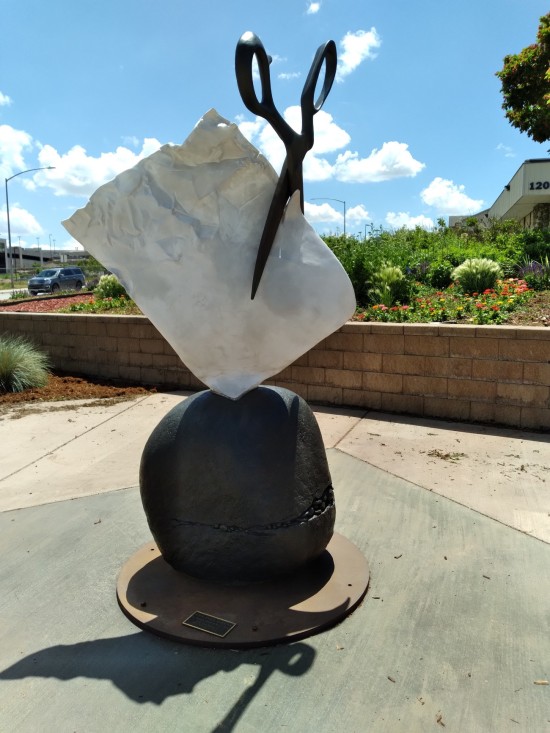 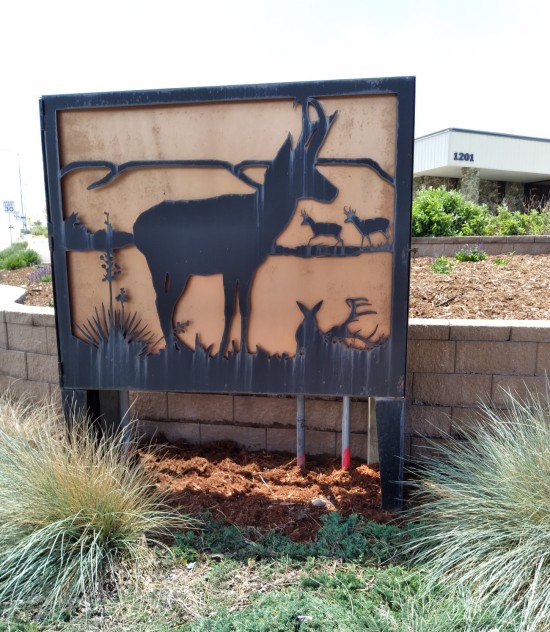 A bit of bonus art near RPS.

…and then we continued into the wild, wondrous west. With the exception of our lead photo (which chronologically slots into tenth position), all photos in this entry are presented in the precise order in which they were taken. Sometimes I’ll play with the timeline a tad for effect, but in this case the effect I’m going for is an illustration of the visual whiplash to be had as the Wyoming terrain changes from one square mile to the next.

“PASS WITH CARE” warns the sign on a nearly deserted interstate on a Monday afternoon.

Sometimes there are trees, sometimes not. 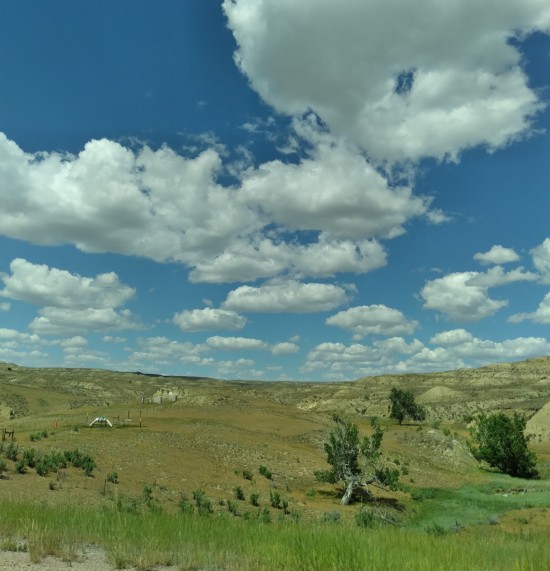 Sometimes you have to squint to catch evidence of human civilization.

When my son was a kid, he insisted real mountains had snow on them, unlike those fakers in the Appalachians. Real mountains were definitely coming.

A light rain didn’t last long. Storm clouds soon wouldn’t be a problem as they’d been the first two days.

A companion to our lead photo, snapped a few seconds after. I couldn’t decide which one to cut. 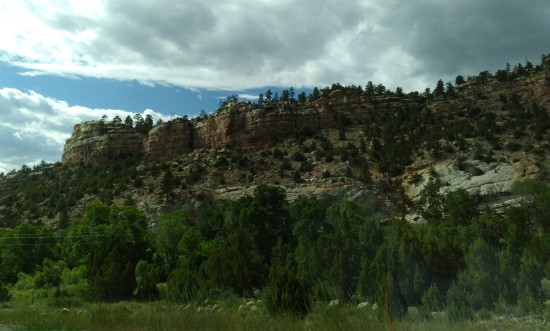 One challenge to this leg of the trip: the three-hour stretch after Gillette had precious few bathroom stops.

Some of the scenes reminded me of this Georgia O’Keeffe print we have hanging in our living room.

Big, bold strata for the geology geeks out there.

Cattle implied we were back in civilization, or at least a rustic microcosm thereof.