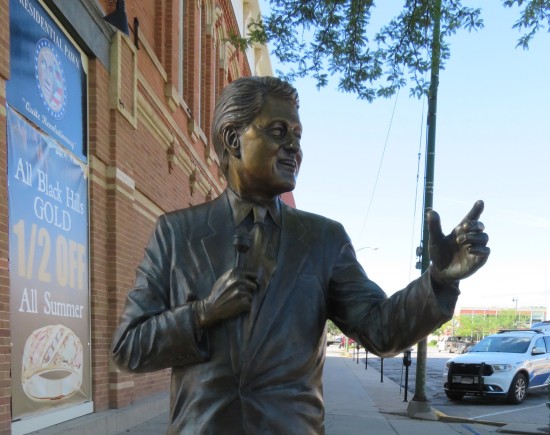 Something about a Bill Clinton statue in front of a pawn shop feels just right.

Our previous photo gallery featured statues bearing likenesses of twenty Presidents of the United States of America, highlights from the City of Presidents art-walk around downtown Rapid City, South Dakota. Now we present the rest of them because YOU, the viewers, demanded it!

Wait, no, you didn’t. But I don’t feel like relegating 43 American Presidents to the outtake pile, and Anne co-wrote a joke I really want to see in print. So here we go again!

One value-added bonus in completing the collection: glimpses of Rapid City itself as Easter eggs in each shot. We’ve visited dozens of cities over the past 22 years, not all of them equally. As I’m aging and regretting some past superficial treatments, it’s nice to spend a bit more time in some locations, walking around their environs and getting a more tactile feel for them. Many cities and towns deserve to be more than a drive-thru for hurrying tourists.

John Quincy Adams, from the very first among the few Presidential “dynasties” we’ve had to date, for what theirs was worth.

His father John Adams, not quite the Paul Giamatti profile etched into my mind by HBO.

George H.W. Bush leaning on a globe like he leaned on Reagan’s approval ratings for support. 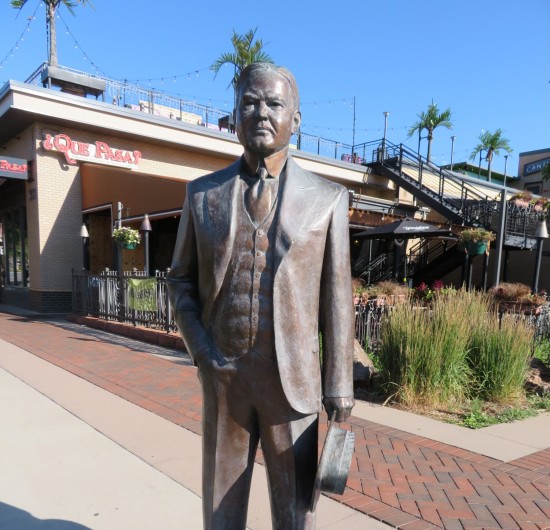 Herbert Hoover, whom we were JUST talking about the other day. 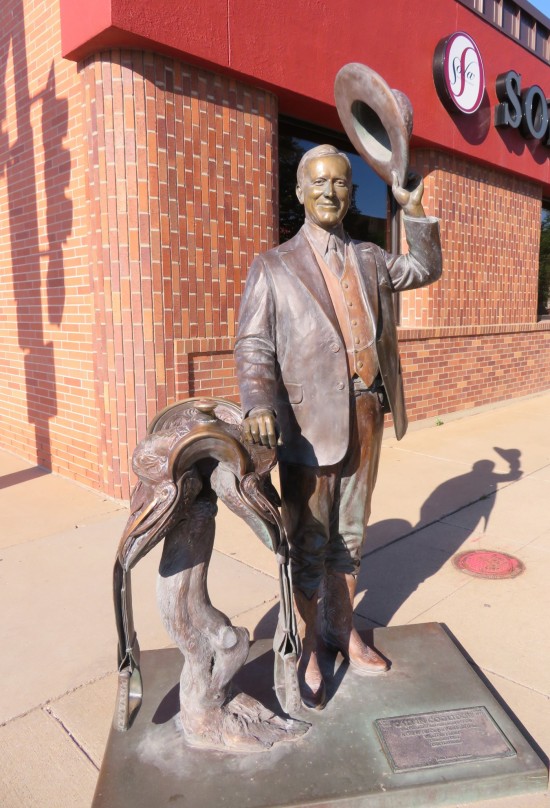 Calvin Coolidge shortly before he rode off into the sunset of history. 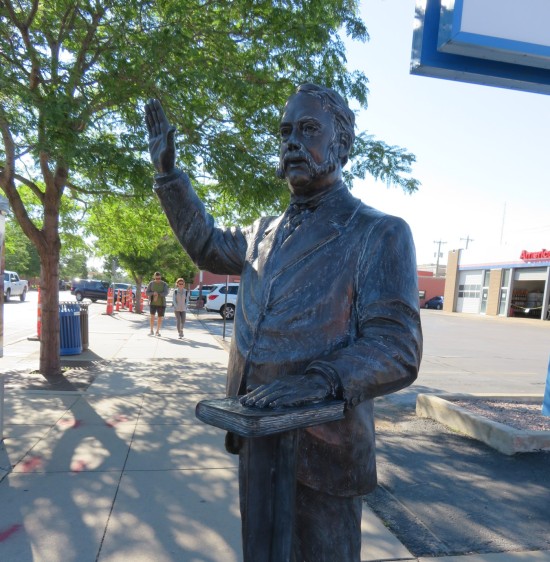 Chester A. Arthur, best known to today’s students as the guy who had a school named after him in Die Hard with a Vengeance.

Ulysses S. Grant, first to the buzzer in an 1870s game show. 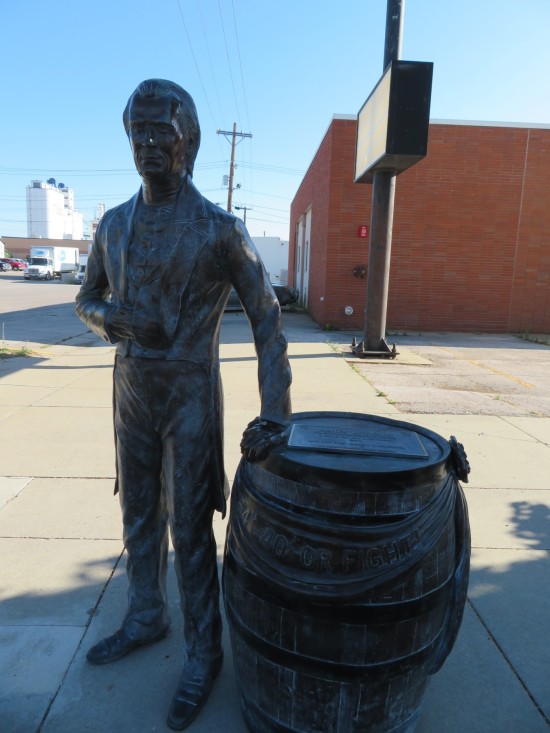 James K. Polk comes with his own barrel full of Tennessee moonshine.

William McKinley on the phone with his agent, demanding to know why he isn’t a household name today.

Grover Cleveland, the guy with non-consecutive terms who ruined our historical numbering so we’ve had 45 Presidencies but only 44 actual Presidents. History math is hard.

Imagine a timeline in which Orson Welles starred in a James Garfield biopic instead of those crappy wine commercials. 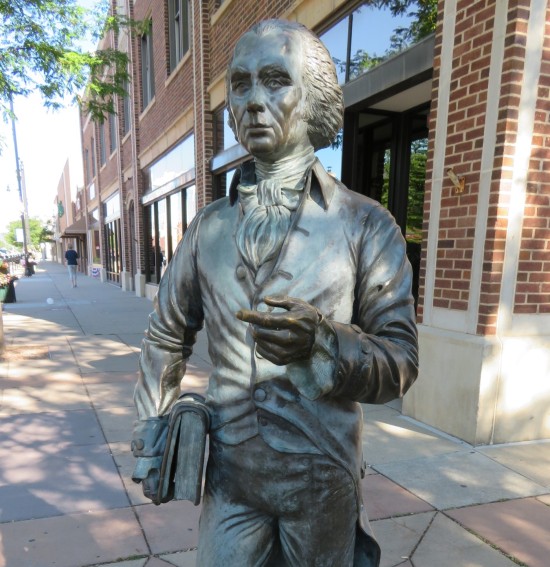 Maybe the real James Madison was an okay guy, but he was no Okieriete Onaodowan.

Do you dare gaze into the twin abysses of the eyes of Woodrow Wilson? 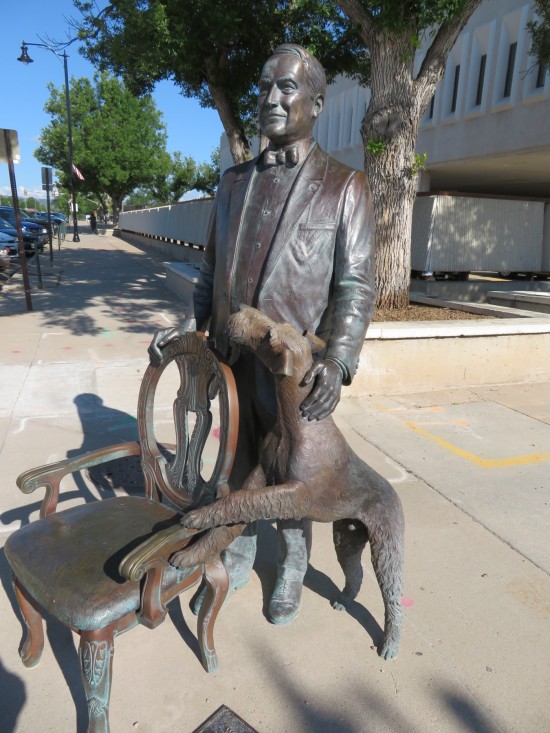 Warren Harding is accompanied by Laddie Boy. his Airedale terrier, rather than having a bucket-sized teapot dumped over his head. 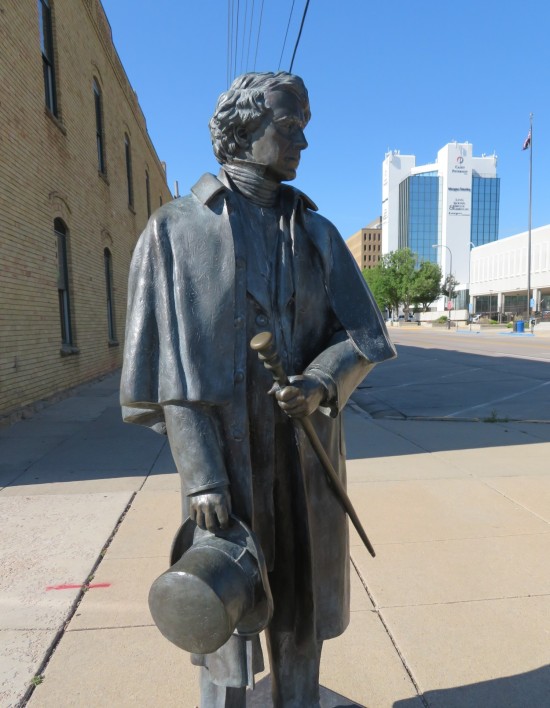 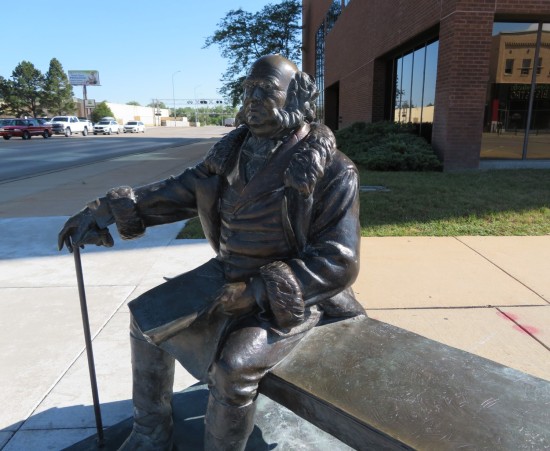 Holding a baseball behind his back, William Howard Taft’s statue winds up for a pitch, as the first President ever to open a Major League Baseball season thusly. This caption has been MCC’s annual sports content. 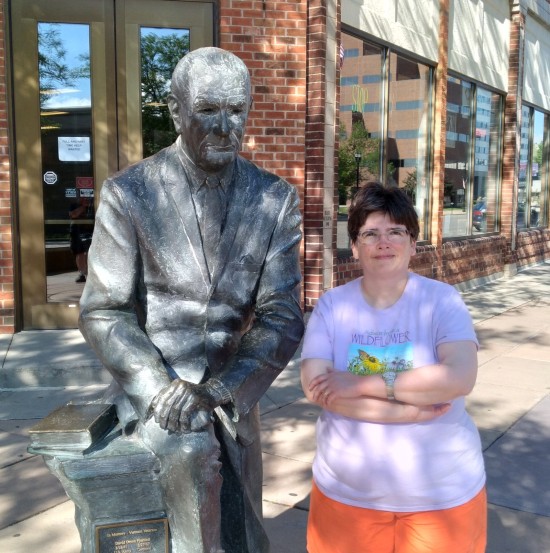 Anne decided she wanted a photo with one statue, not really caring which, and chose the President nearest our parking space. That’s the full, true story behind our Lyndon B. Johnson statue photo.