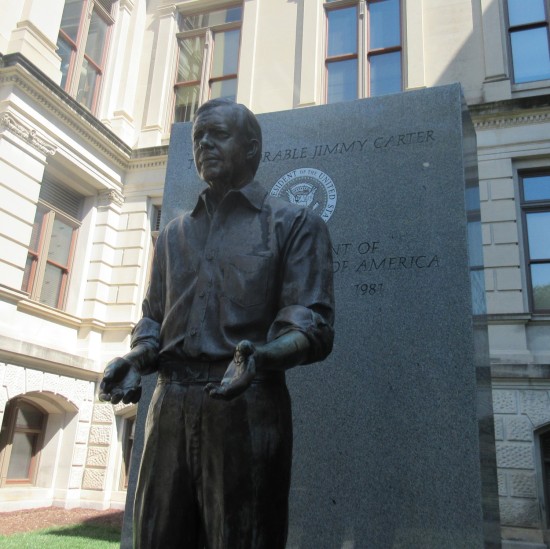 Once more, with feeling: Jimmy Carter! Sleeves rolled up, ready to work.

Our walk around the Georgia State Capitol took us through ornate architecture, near the seats of government, and past packed displays that provided a number of perspectives on local history and issues. As with many other such buildings, we also saw statues all around the grounds commemorating notable politicians and contributors to society — some of them well known on a national or even international level, some not so much. But someone thought their faces were worth carving into metal or stone. 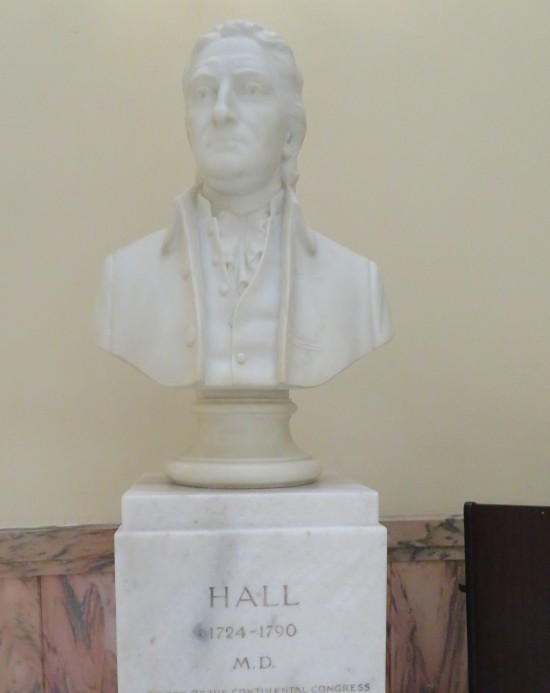 Lyman Hall was one of Georgia’s three signers of the Declaration of Independence, and one of the only three signers who were doctors.. As a character in the musical 1776 he even got a few lines.

Joseph Emerson Brown (sculpted with wife Elizabeth), “War Governor” during the Civil War, the only four-term server to date. He was so into states’ rights that he began to reject Confederacy demands for Georgia’s resources in the middle of the war. Later became a millionaire after he got into the railroad biz and switched from using slaves to leasing black convicts for cheap hard labor. 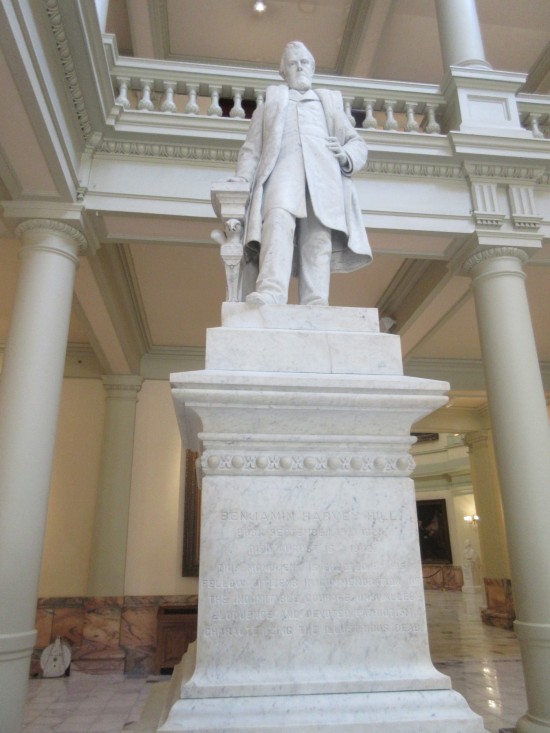 Benjamin Harvey Hill served in the U.S. Senate, the U.S. House, and the Confederate Senate, frequently switching parties as needed. He was against secession but stuck by his state through thick and thin.

Confederate General John Brown Gordon survived multiple grisly war wounds to become governor later after the Reconstruction. Postbellum, he donated much funding and materiel to help blacks build their own communities. Rumors of alleged KKK membership remain a subject of heated debate to this day. His family had owned slaves, but by 1860 he was down to just one. For what that’s worth.

On the side of Gordon’s horse’s base was the only nod I could find to Robert E. Lee — a bas-relief depiction of the Battle of Spotsylvania Court House. 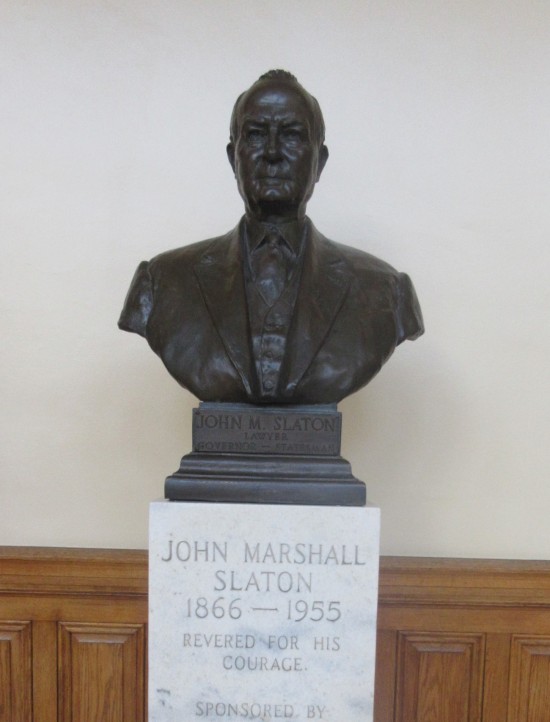 Governor John M. Slaton held numerous offices but is best known for commuting the death sentence of a Jewish factory supervisor named Leo Frank, who was (possibly wrongly) convicted of a teenage girl’s murder. In response to the commutation and Slaton’s close ties to the defense team, a lynch mob abducted and murdered Frank. Slaton resigned and fled Georgia, rightfully fearing for his life.

Richard B. Russell was governor in the early ’30s during the Depression, but his career extended into a 38-year stay in the U.S. Senate. He was pro-New Deal and anti-civil rights, and even co-authored a thing with Strom Thurmond called the Southern Manifesto in which they explained why racist segregation is super awesome.

Governor Eugene Talmadge was once involved in a “hog price manipulation scheme”, declared martial law at least twice when he couldn’t get his way, and once bragged about having read Mein Kampf seven times.

Ellis Arnall, governor after WWII, was pro-civil rights, aided in the repeal of the poll tax, and led Georgia to become the first state to lower their voting age to 18.

Mary Latimer McLendon was one of Georgia’s leading suffragettes, but this 1923 memorial fountain was commissioned by the Women’s Christian Temperance Union in honor of her other biggest passion: helping people realize alcohol sucks.

Various natural history artifacts include this statue of a Mississippian Chief, which has apparently experienced issues with grabby patrons.

A 2011 salute to that time in 1868 when thirty-three black men (24 of them ministers) were elected to the Georgia General Assembly at once. 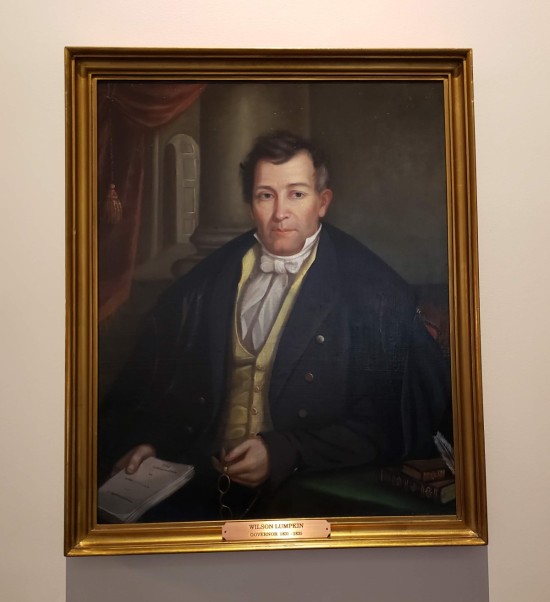 Governor Wilson Lumpkin (1837-1840) oversaw the ongoing push to remove the Creek and the Cherokee from their homelands to make way for white folks. He also shares a name with the Fantastic Four’s mailman.

In conclusion, Georgia is a land of contrasts. And sometimes we need to look to anyone but politicians for our heroes.