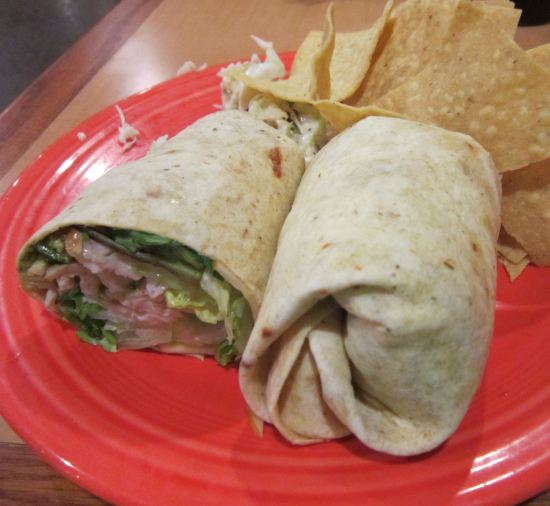 One fun part of traveling with my wife is hunting for local restaurants that aren’t nationwide chains. We’re not five-star gourmands by any means, but if we step foot inside a Subway, I reserve the right to terminate the vacation and drive us directly home that instant. To their credit, West Virginia in general and Morgantown in particular offered a pair of smaller companies with few locations and big ideas on better, affordable cuisine.

Between the irritating late start and the torrential drive through the Appalachians, our Saturday dinner was much later than I would’ve preferred. If we’d been too much more beaten down, I imagined an alternate timeline in which we sought refuge in the Dunkin Donuts outside our hotel window. 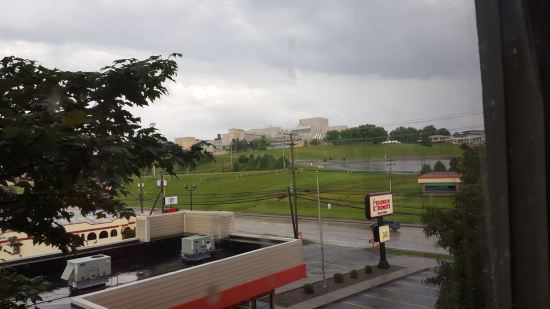 Lots of sugar, no driving required. So tempting in my weakened state. Not so tempting to Anne, mind you.

My preliminary research into the nearby options revealed unto us the wonder of Black Bear Burritos, the highest-rated Morgantown restaurant on TripAdvisor as of the date of lookup, outranking even the finer-dining competition. Their two locations offer a variety of ethnic cuisines all distilled into the handy burrito format, offering a number of locally sourced ingredients, vegan options, and some alcoholic stuff of which they were really proud but which isn’t our thing. 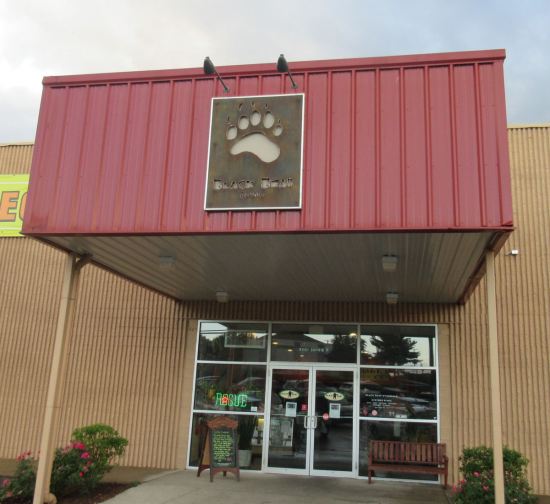 The sign was hard to read from the road, but we figured it out. And if you overeat, next door is a convenient Crossfit center. 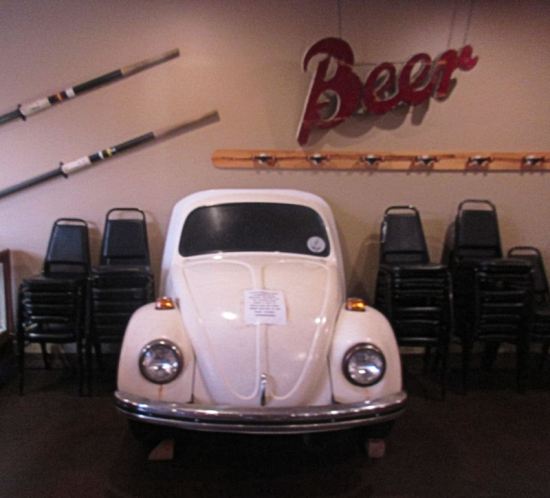 Black Bear is exactly the kind of cozy eatery you’d expect in a college town. A live band was playing when we arrived and finished their set shortly after we grabbed a booth. I could barely hear myself order at the counter over their speakers, but somehow we got it figured out. 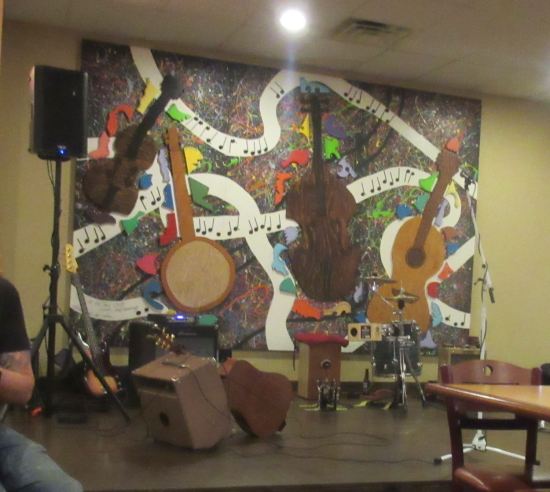 It wasn’t open-mic night, but that’s for the best. 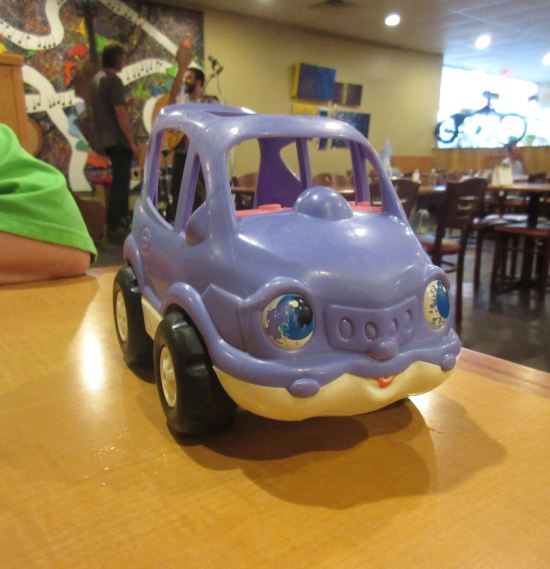 Instead of numbered markers, customers waiting on their order are given a large toy to place on their table for the servers to find. Happy purple car was our grub beacon.

Our lead photo was Anne’s meal; pictured below is mine. Called the “Irie Member”, this was jerk chicken, jicama, pineapple, rice, and black beans, with the salsa and sour cream plopped on top. 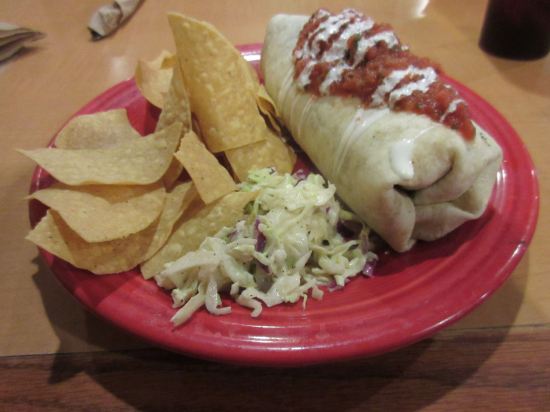 …and chips baked fresh daily according to their site.

While we waited and then dined, I discovered one drawback to the Morgantown experience: our phone network was all but inaccessible everywhere around town. Anne made use of the hotel Wi-Fi while we were there, but signals were rarer anywhere else. Those mountainous surroundings were pretty in places but they were obstructing our internet lifelines. Thankfully I was also able to tap into a few local Xfinity hot spots, a rare use of that particular app for me. Not that we drove all these hundreds of miles just to keep up with the same old social media, of course. Ahem.

Just drove behind an SUV with the vanity license plate "COAL". We are absolutely positively in West Virginia rn

(Absolutely true story. Not even a joke.)

We could’ve had free hotel breakfast in the morning, but our desire for exploration meant sacrificing a few bucks to satisfy our curiosity. Just a few hundred feet from Black Bear Burritos was a name somewhat familiar to us — Tudor’s Biscuit World. 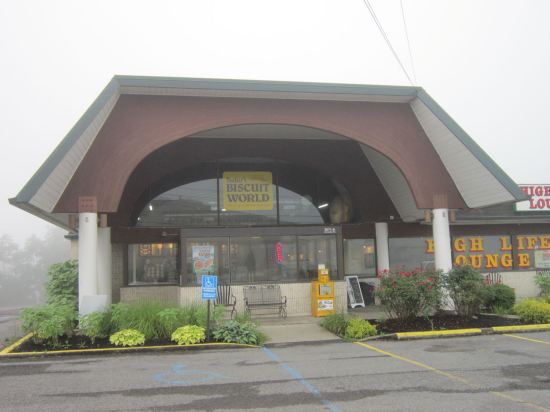 The sign was hard to read from the road, but we figured it out. And if you have sorrows to drown out afterward, next door is a convenient lounge.

Tudor’s was on our list of possibilities when we drove through Charleston on our 2008 road trip, but ultimately didn’t make the cut because we tried going there for dinner without realizing their specialty is breakfast. Granted, the name is a major hint, but I suppose I had hopes of breakfast-for-supper at the time. 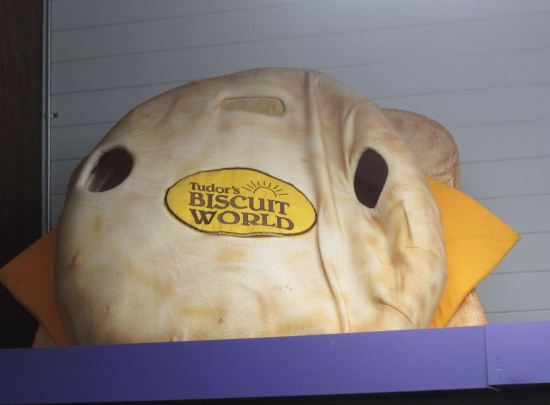 You say you like wall decorations, but not necessarily random? Please enjoy this biscuit mascot costume up on a ledge. You never know when it might come in handy, such as for a big carbohydrate parade. 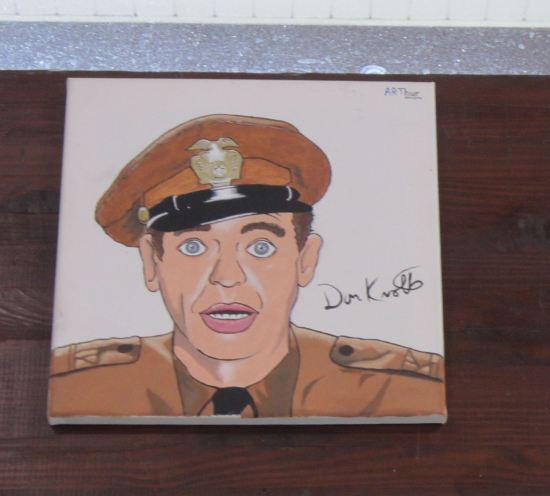 Their wall art collection includes this drawing of hometown legend Don Knotts. We’ll come back to him in Part Four. 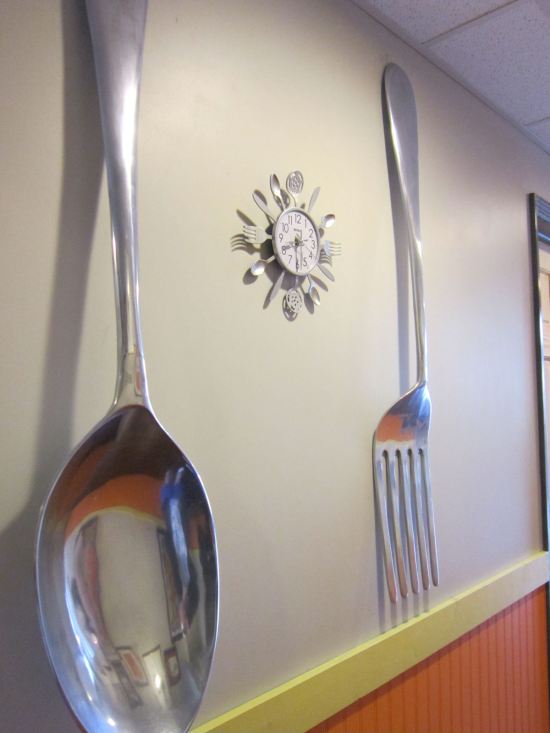 Giant utensils waiting for a 1950s Batman villain to come steal them for a weird caper.

We knew Tudor’s did biscuits. We had no idea how huge. We’re used to the modest McDonald’s version, less than half the size of what was handed to us. At right is my Big Phil — a cheesesteak sandwich but biscuited. Anne ordered two sausage biscuits assuming they’d be dainty and not the size of her head. 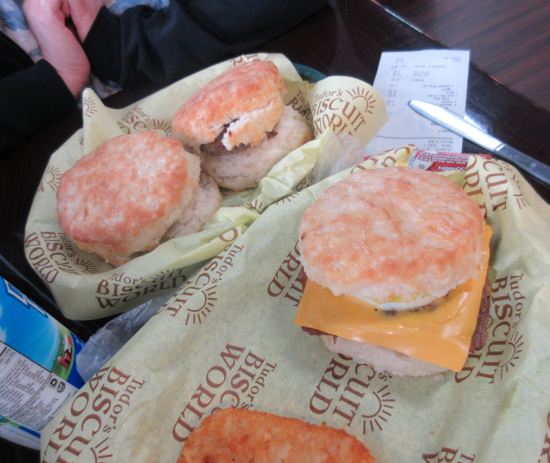 I was more than happy to fulfill my marital duty and help her finish her overwhelming meal.