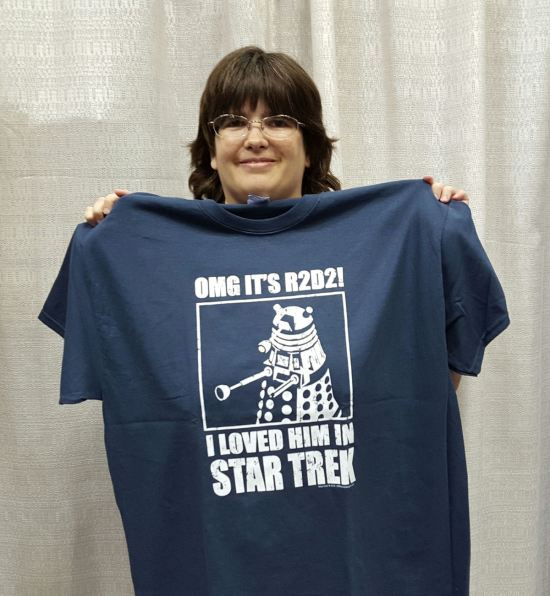 File photo of a souvenir my wife picked up from Indy PopCon 2015, where the special guests included Charles Nelson Reilly, TV’s Charo, and Joan Embry from the San Diego Zoo along with her amazing thirty to fifty feral pigs.

Previously on Midlife Crisis Crossover: I wrote at length about a six-part miniseries that my wife and I watched on Crackle called The Final Tsars, in which I couldn’t be bothered to open an extra browser tab and verify the full name of the ruler at the heart of the story. The next morning, our first conversation after “Good morning” was a firm reminder that his official stage name was, in fact, “Czar Nicholas II”. MCC regrets the oversight and is sorry if any Russian historians were offended, but we don’t feel like editing the affected entry because it would undermine one of its underlying points and two of its jokes.