“Hi, kids. I’m Tom Cruise, and I’d like to talk to you about rooftop playtime safety…”

I saw Mission Impossible – Fallout in its second weekend of release and have spent numerous days since then doubting I could contrive more than 300 words out of “such nonstop wow”, which was more or less my initial impression of one of the year’s most exhilarating films.

But longtime MCC readers know every movie I see in theaters gets its own entry, even if it’s not always timely or relevant or useful to anyone but me, not unlike the rest of this site’s contents. Off we leap into that wild wordy yonder, then.

END_OF_DOCUMENT_TOKEN_TO_BE_REPLACED 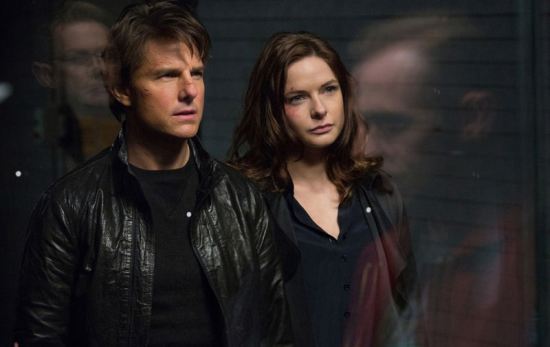 We once lived in a cinematic age when pushing a series to five or more installments was a generally unwise move. Rocky V. Friday the 13th: A New Beginning. Police Academy 5: Assignment Miami Beach. A Nightmare on Elm Street 5: The Dream Child. Superman Returns. Star Wars Episode II: Attack of the Clones. An unwatchable army of various grade-Z horror also-rans that made it to #5 only through the undiscerning benevolence of the direct-to-VHS market. Many of us remain thankful the producers of Jaws and Lethal Weapon quit while they were behind.

Today, sequel failure is no longer a given. X-Men: Days of Future Past and Harry Potter and the Order of the Phoenix may not be the greatest of either franchise, but they’re nonetheless commendable works that furthered their sagas, asked more of their actors, challenged themselves to create their own unique moments, and validated their existence. They confirmed it can be done. Along that same line of logic comes Mission Impossible: Rogue Nation. Any other series built around any other A-list star might be accused of being a soulless cash-grabbing machine if they repeated a role this many times. Maybe not all the parts are brand new, but the ones that worked before shine up really nicely and fit together into interesting new shapes if you know how to tweak them.