Special thanks to the trio of young strangers who made these jazz hands possible after Anne took their group photo for them first.

It all comes down to this: all the other scintillating sights and poorly aged horrors from our State Fair walkabout that didn’t need their own chapters.

Our largest gallery-within-a-gallery comprises entrants from the annual antique competition at the Indiana Arts Building. I have absolutely no idea how it works. People turn in a bunch of really old objects, and in exchange they’re given prize ribbons based on top-secret criteria posted nowhere in sight for us civilians to understand what constitutes a “winning” antique versus a last-place Goodwill clearance item denied any ribbon-shaped acknowledgment. So it’s like shopping at an antiques store except everything’s behind glass, nothing’s for sale, and the book selection doesn’t include 500 dog-eared Harlequin Romance novels. 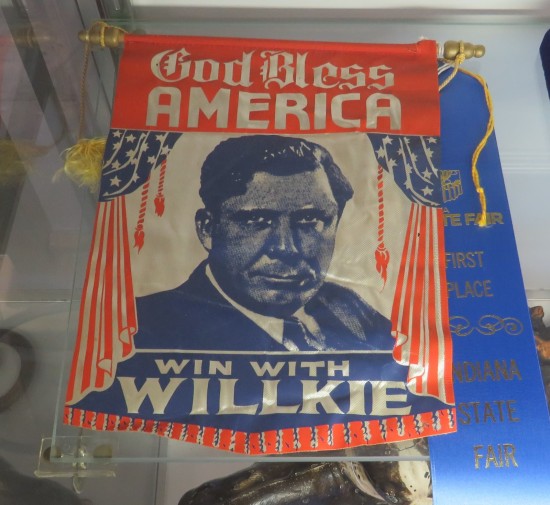 Souvenir from that time Indiana-born attorney Wendell Willkie got beaten by FDR in the 1940 election.

Apropos of me, a comics section older than me, including the “classic” 1968 debut of Wonder Woman’s short-lived “mod” costume.

The final novel from the Brothers Grimm, How the Snitches Got Stitches.

Amazon’s top-secret shopping section for anyone who proudly wears an “I READ BANNED BOOKS” button.

The all-time classic featuring the late Janis Joplin, and the peppy single “Hang on Sloopy”, which was later used in The People vs. Larry Flynt.

From the category of “antiques that make me feel ancient”: my mom’s a huge Beatles fan, and as a kid I used to have Thriller on cassette.

We last saw a 1962 State Fair program entered in this same contest back in 2017, but it means more now that Anne and I have visited the Red Skelton Museum in Vincennes. 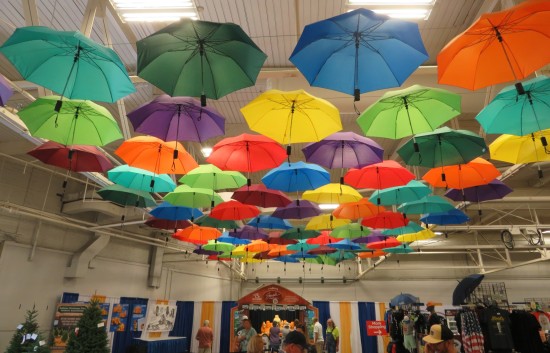 Meanwhile across the street, hung above the AgHort Building’s shopping section are the umbrellas of cheery burgs.

Among the handful of Expo Hall refugees who set up shop there, the awesome folks at United States of Indiana offered Stranger Things shirts. 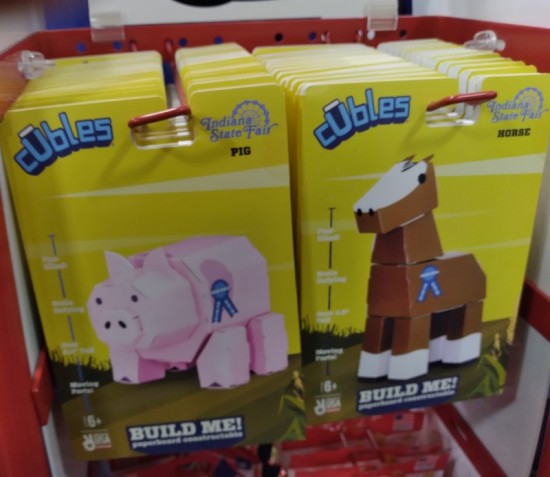 We nearly never ride rides, but for those who enjoy such devices, here’s the Midway, which I loved as a kid. 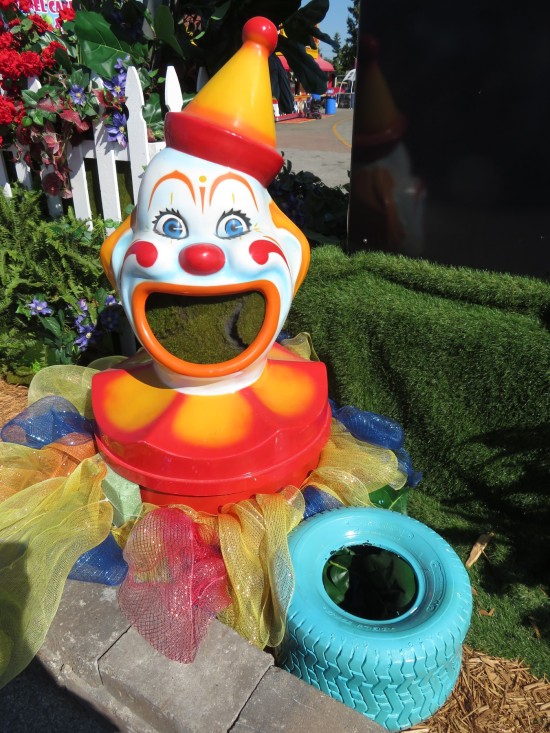 …and a clown waiting to choose its next victim to ambush.

The Department of Natural Resources Building, which happened to be near several Taste of the Fair participants, is quite the hot spot for fans of non-farm animals. 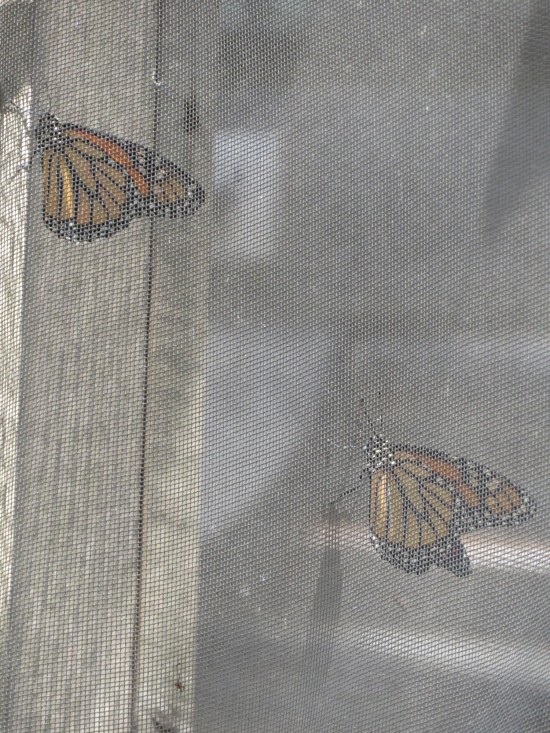 Live fauna housed around the DNR Building includes a small selection of butterflies.

Live fauna housed around the DNR Building did not include the following role call of dearly departed fish.

As we finished our last round of snacks, a surprise parade drove around the bend, featuring this kingly personage who would have words with the State Fair Queen. 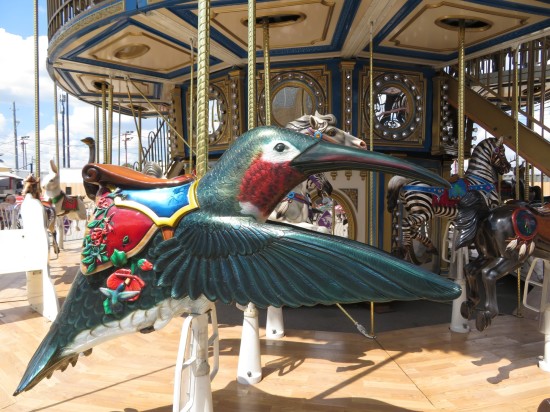 Near our exit stood the fair’s double-decker carousel, whose noble steeds include this hummingbird…

…and this sea horse, for you Aquaman fans out there.

…and that was essentially it for our Indiana State Fair 2022 experience, five hours of whimsy and wonder and walking, of sunshine and sightseeing and sundries, of classic cars and cute critters and countless calories. From the 9 a.m. entrance gate that only had one ticket-taker facing an extremely long line, to the very last photo-op setup on our way back to the parking lot.

One last nod to their “Fun at the Speed of Summer” theme, a giant steering wheel turns the usual FAIR body-signage into a salute to…faro?

The End. Thanks for reading! Lord willing, we’ll see you next fair.

Part 1: Our Year in Food
Part 2: The Year in Speed
Part 3: The Year in Canned Food Art
Part 4: The Year in Lego and Other Arts
Part 5: The Expo Hall Baby Farm Animal Takeover