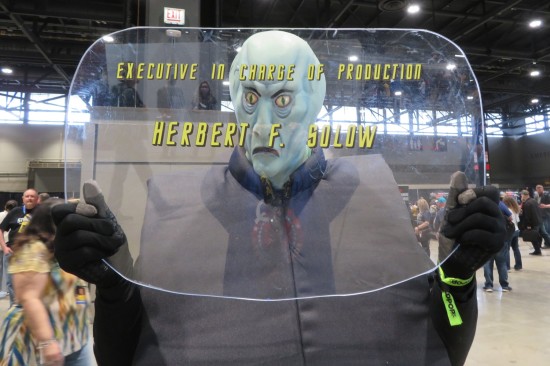 Yes, there’s an alien after the Star Trek end credits: Balok from “The Corbomite Maneuver”.

The weekend of April 8-10, 2022, marked the inaugural Star Trek Mission, the first in a planned convention series from ReedPOP, the showrunners behind the much-vaunted C2E2 and other comic cons. In this geek endeavor ReedPOP in conjunction with Paramount Pictures hopes to do for Gene Roddenberry’s creation what the Star Wars Celebrations do for that rival galaxy. As it happens, the premier shindig was held in Chicago, a mere three hours away from our humble dwelling. Naturally we had to see…

It wouldn’t be a very special MCC convention miniseries without at least one cosplay gallery. Trek cons are a tricky affair for us appreciators and amateur shutterbugs: plenty of fans attend in costume, but the theme for 95% of them is “me, but in Starfleet”. That’s awesome for inclusivity’s sake — anyone can dress the part and belong instantly — but we can’t just stop and bug everyone we see out of civilian attire. Also, we haven’t watched Discovery or Prodigy (and we’re only partway through Lower Decks), so there’re newer characters outside our recognition zone. Spending a lot of our time in panels and photo-op lines doesn’t help with this secondary objective, either. When time and energy permitted, we compiled the following modest fraction of the total fashion statements represented at the con on Friday and Saturday. Enjoy! 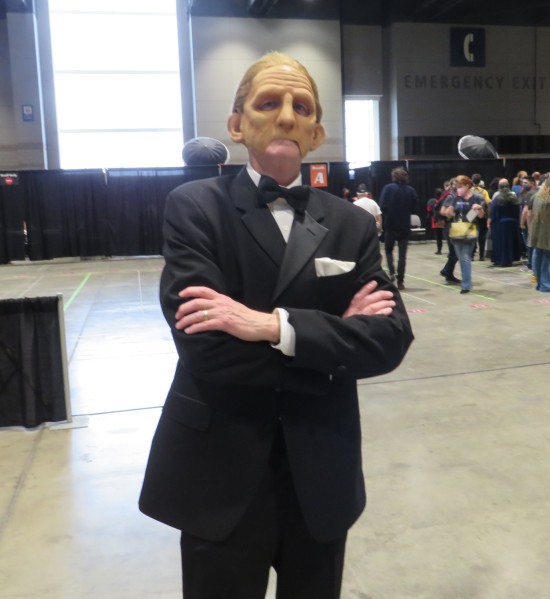 Constable Odo in holodeck tuxedo from the Deep Space Nine episode “His Way”. 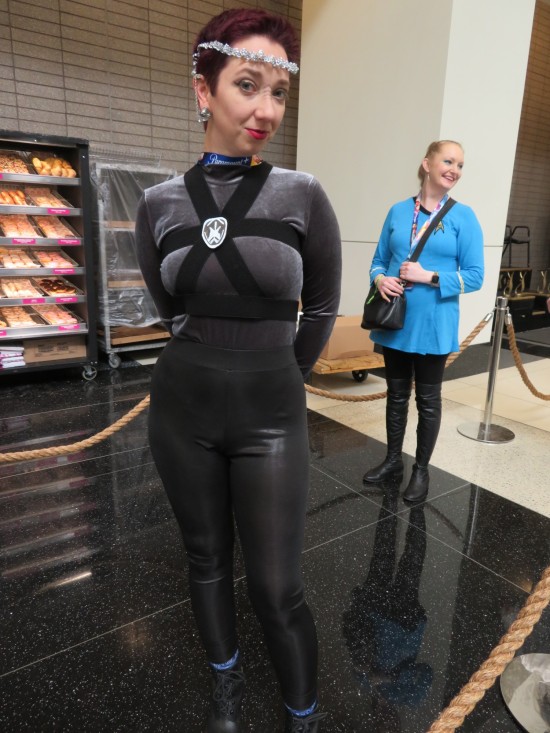 Also from DS9: The Intendant, a.k.a. evil Kira Nerys from the Mirror Universe. And medical officer friend. 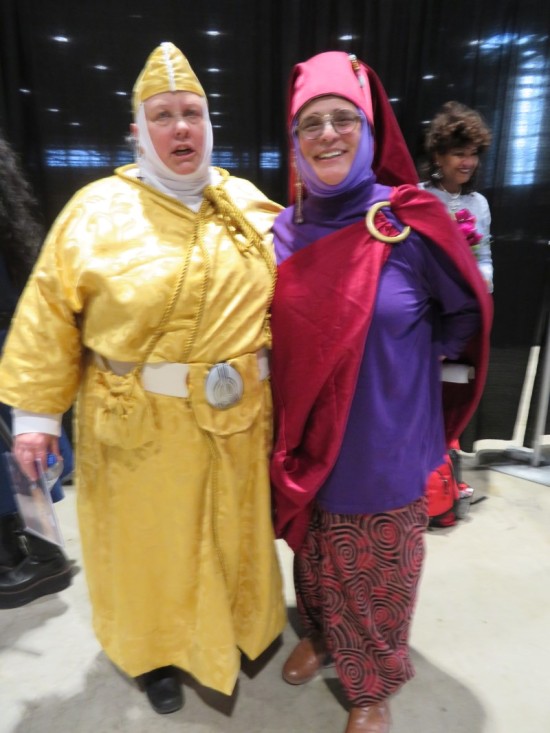 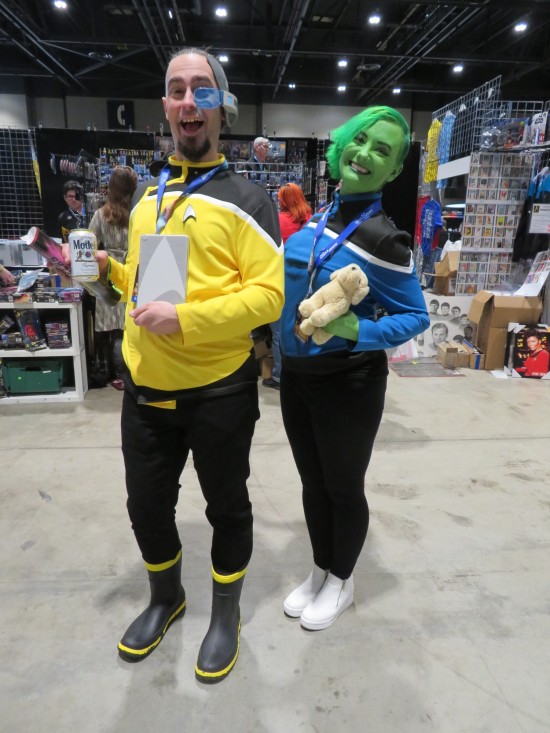 Rutherford, Tendi, and The Dog from Lower Decks. 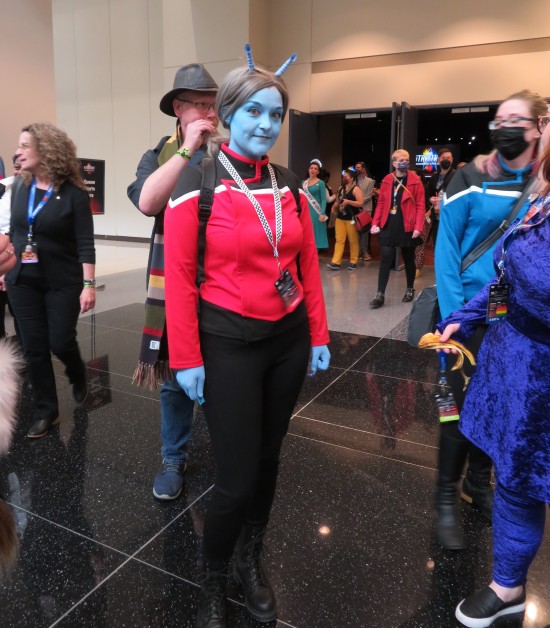 Jen Sh’reyan, also from Lower Decks. Anne and I haven’t gotten to her big episode(s?) yet. 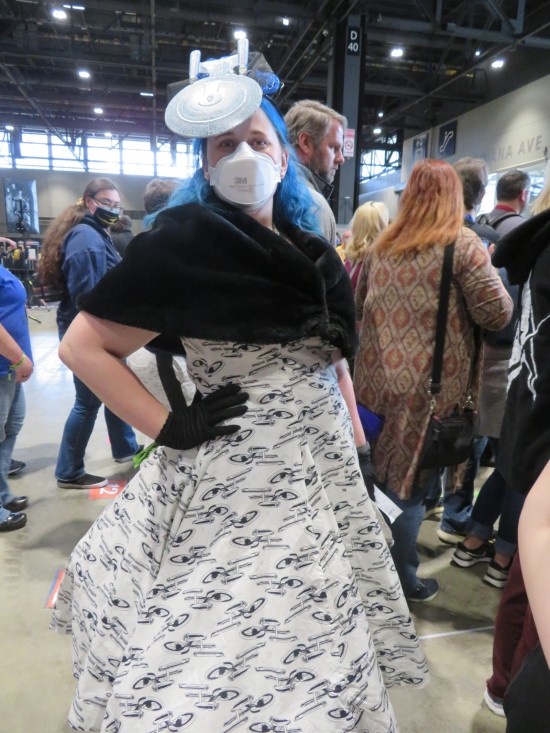 The Enterprise! In the same spirit as Doctor Who fans who cosplay as the TARDIS.

The Romulan commander from “The Enterprise Incident”. Part of me wonders if she knows anything about that Tallinn/Laris mystery we’ve been working on… 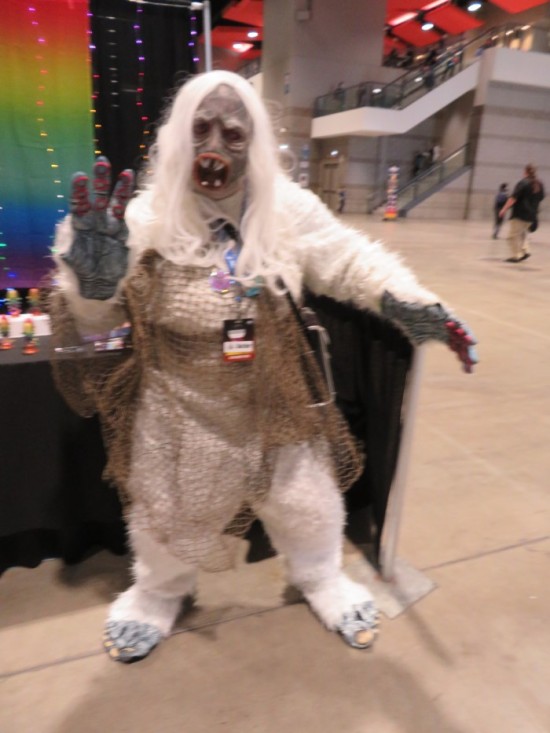 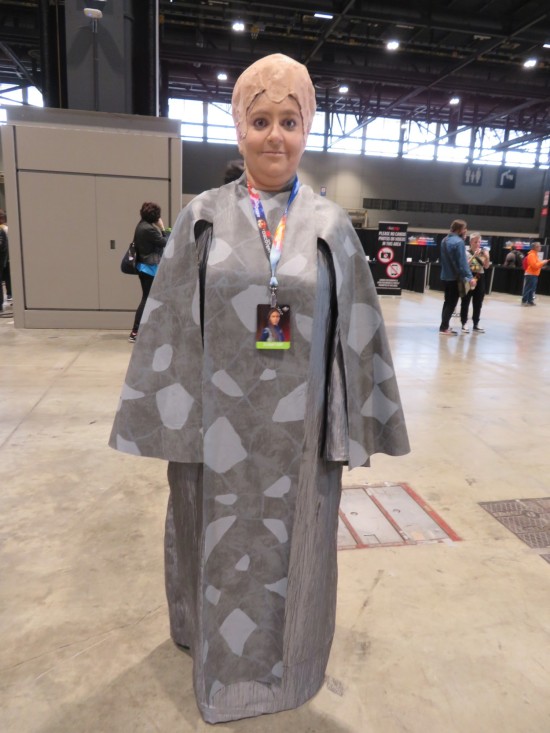 A Talosian from “The Cage”/”The Menagerie”. 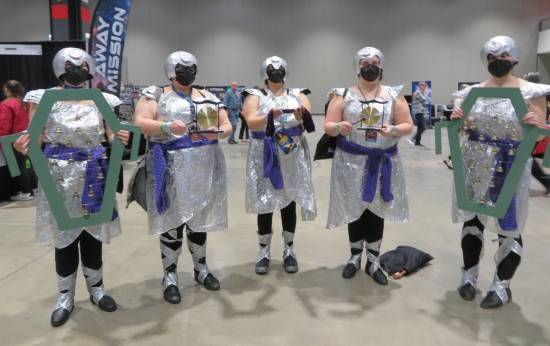 Another ordinary day for Vulcans, their work uniforms and their creepy musical instruments, from “Amok Time”. 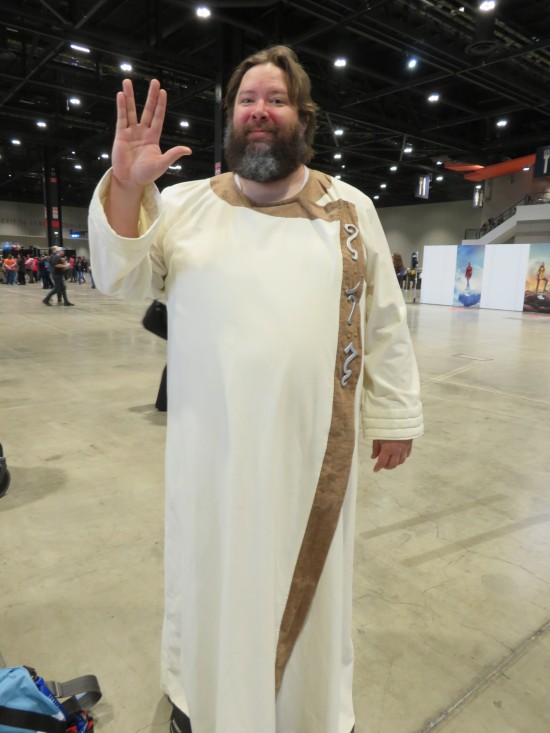 Sybok from Star Trek V looking to hitch a ride to Sha Ka Ree, which has cheaper parking than Chicago. 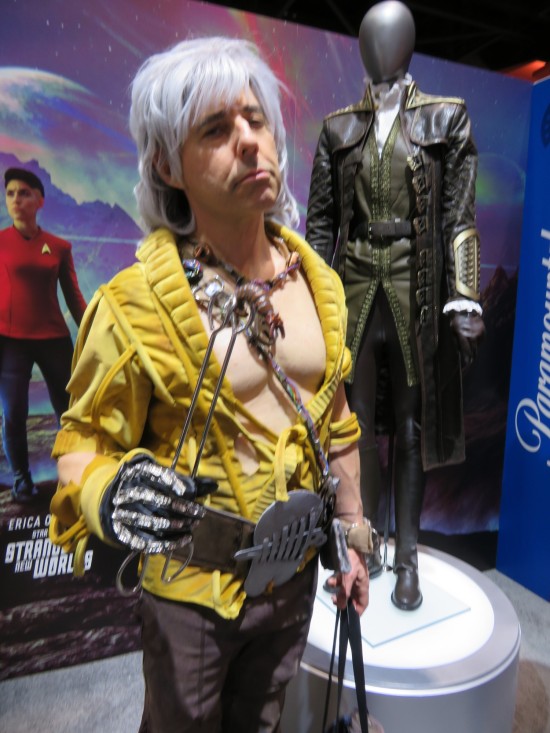 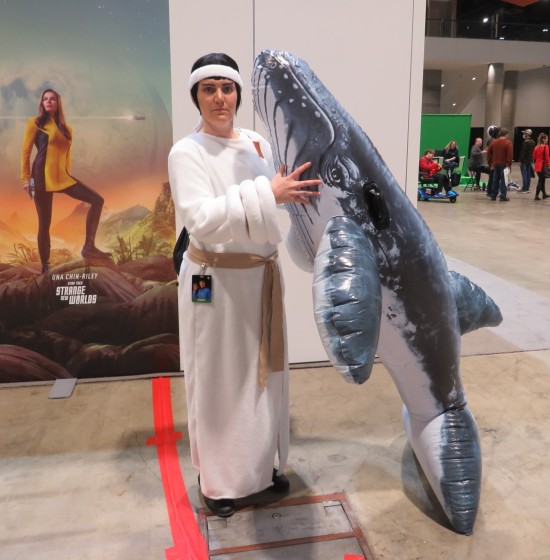 Don’t make the recently resurrected Spock have to tell you twice: they are not the hell your whales.

Part 1: The Stars in Our Galaxy
Part 3: Props and Merch
Part 4: A Two-Day Mission