Anne overjoyed to confirm regiments from our home state of Indiana marched as far south as the Tennessee/Georgia border to fight on behalf of the Union against slavery and secession.

Previously on Midlife Crisis Crossover, there was a prologue:

Longtime MCC readers may recall Anne is the historian in our family. It’s largely what she did in college. Meanwhile, my high school curricula consistently ran out of time every school year and never taught me much past the late-19th-century carpetbaggers. Our travels have taken us to a number of significant old places across the country, from which we’ve learned quite a bit. The takeaways from these opportunities have allowed Anne has to deepen her expertise in specific personalities and events, and have dramatically improved my performance when playing along with Jeopardy! at home.

(That’s not even a joke. Anne will testify to this. It’s been surprising how many times I’ve Slumdog Millionaire‘d a few questions whose answers I never would’ve known if not for our vacations.) 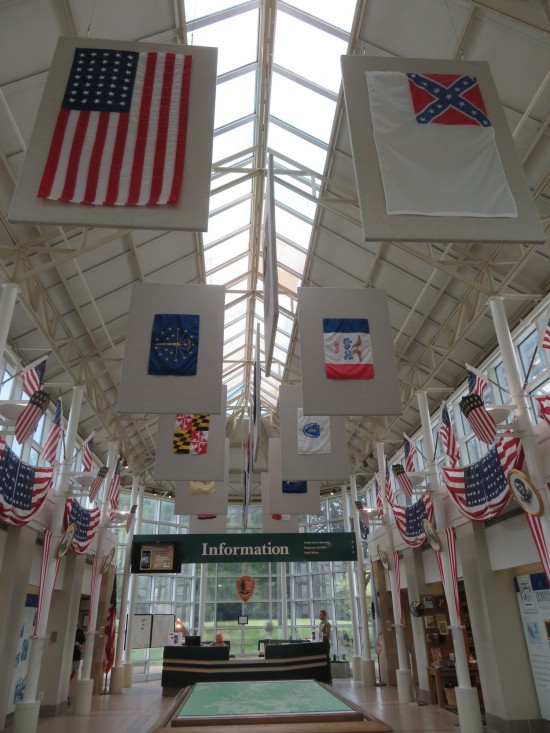 State flags hang from the ceiling in honor of the battles’ participants. Ours is second on the left, the yellow torch and stars on a field of blue.

Our last two road trips took us to such famous battlefields as Gettysburg and Antietam from the American Civil War, as well as Saratoga Springs from the days of the American Revolution. Anne’s part of this year’s vacation research naturally turned up another one right along our path. I’d never heard of it, but I refuse to feel bad about my ignorance. With at least 384 recognized battles in our Civil War, I’m pretty sure most average citizens can’t name them all. I’m also fairly certain we are not visiting all those battlefields. But I’m okay with an occasional stopover. If nothing else, they give us an excuse to get out of the car for a few minutes on these long, long drives.

Thus our first tourist attraction on this journey would be the comprehensively named Chickamauga and Chattanooga National Military Park, not far down the road from Lookout Mountain. One of the first four national military parks established by Congress in the 1890s, C&C was made possible through joint efforts of veterans from both sides of the war, according to the literature on hand at the Visitors Center. First billed in the name, the Battle of Chickamauga (September 18-20, 1863) saw the Union and the Confederacy fighting for control of the then-tiny town of Chattanooga, strategically located on the Tennessee River deep in the Appalachians, the intersection of four railroad lines. Over 34,000 casualties included nearly 4,000 fatalities at the sometimes nicknamed “River of Death”, making it one of the Civil War’s bloodiest battles.

The placards acknowledge that whole “Lost Cause” theory, in which some Southerners claim Well Actually The Civil War Was Not About Slavery. In the interest of the park’s bipartisan history, a neutral tone is maintained.

I was a bit upset to read all the way through the park brochure only to discover the shocking twist at the end: officially the South won Chickamauga. That victory was short-lived, though — next came the Battles of Chattanooga, which took place between September and November 1863. Troops from all over the USA and CSA met once more and waged war in this critical area. For the grand finale, our side brought in the big guns, by which I mean Grant and Sherman. With their decisive victory, Grant got his big wartime promotion to General and Chattanooga would become the Union staging ground for Sherman’s famous, fiery 1864 march to and through Atlanta, which I’m surprised no one has turned into a $200 million Hollywood prestige drama in modern times.

Like all those other battlefields we’ve seen, a plethora of monuments — some 705 in all, built between 1894 and 1976 — stand as testimony to the regiments from other states, some from farther away than others. We saw a fraction of those on display as we moseyed along on our self-guided, 7-mile driving tour of the park.

Even before we entered the park, a monument to an Iowa regiment assured us we were heading in the right direction.

Another monument for Indiana, this one starring an eagle.

Tennessee’s own gets a hat and a dramatic pose. It’s their turf, so that’s fair. 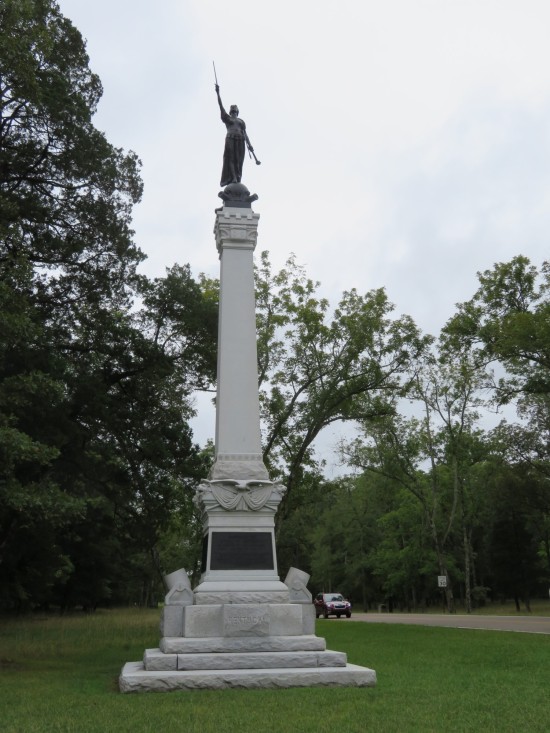 Tennessee’s neighbor to the north, Kentucky has an obelisk topped with Bellona, a Roman goddess of war. 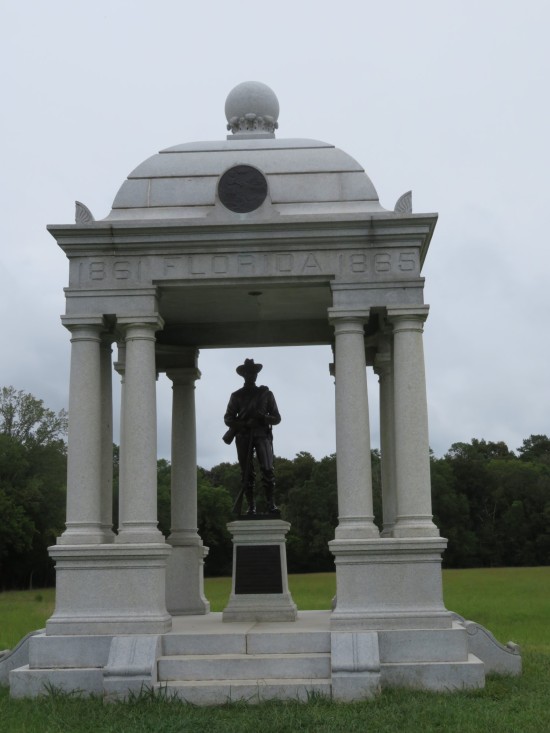 Florida brought their own stone gazebo. 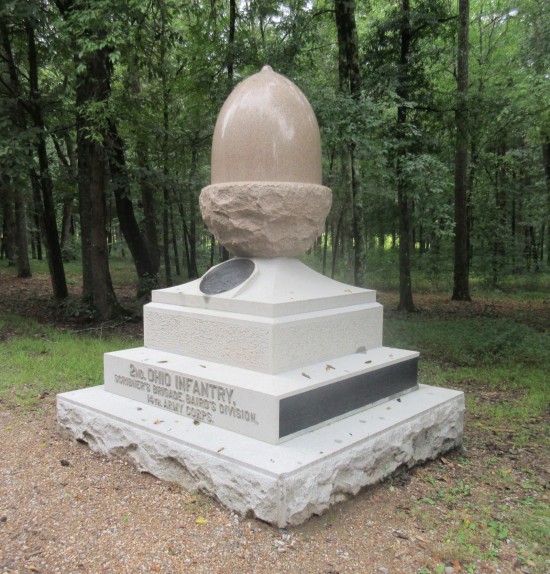 Ohio gets not a giant buckeye on theirs, but an acorn. Possibly an in-joke nod to General George Henry Thomas, whose direction helped prevent the Union from being completely wiped out at Chickamauga. 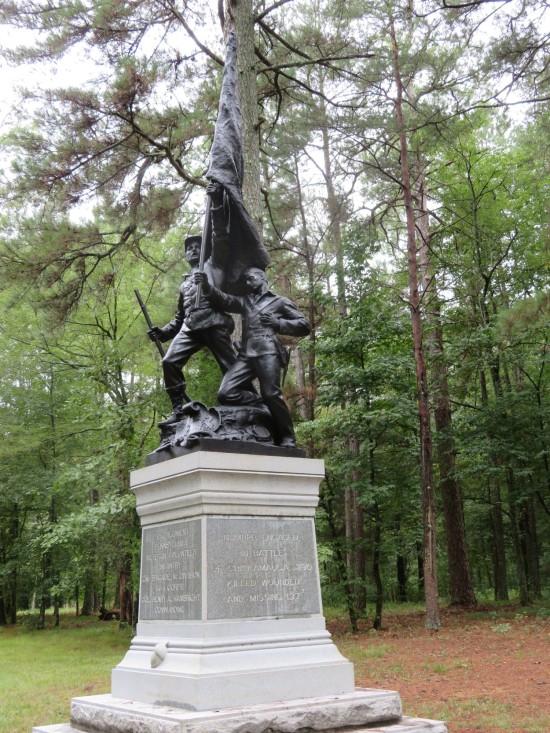 Pennsylvania flag bearers are among the oldest of the monuments, dating back to 1894. 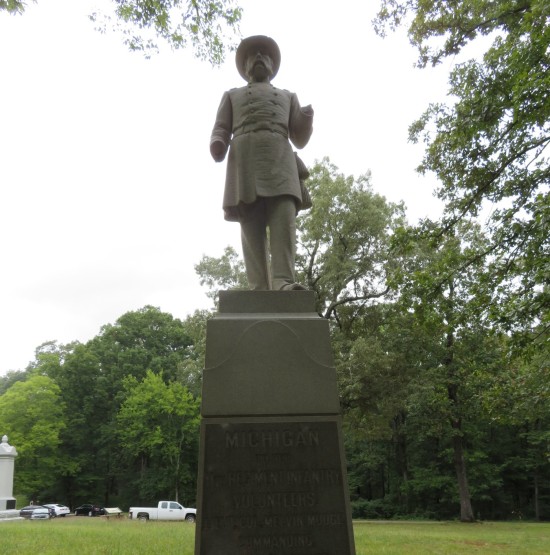 Michigan honors one of their leaders, one Lt. Colonel Melvin Mudge, whose online footprint is scant.

Wisconsin contributed five regiments, three artillery batteries, and one cavalry. The 10th regiment gets a flag… 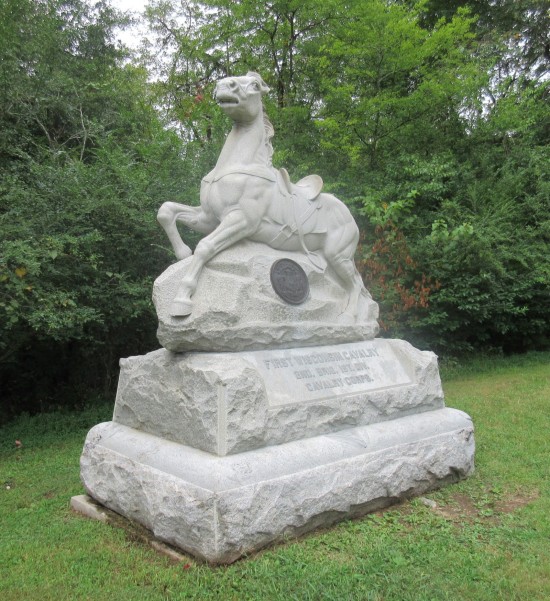 …and their cavalry gets a horse, of course.

The 2nd Minnesota monument drew a large crowd for its 1895 dedication.

I missed the state credit for this infantryman.

Other markers include the Brotherton House, on the spot where Union forces found themselves divided in two during Chickamauga.

Chickamauga effectively ended near the Snodgrass House, from whence Union forces retreated. They absconded to Chattanooga and spent a couple months regrouping for their rematch.

Some private residences remain on and near the grounds. Nearby hay bales offer rural ambiance. 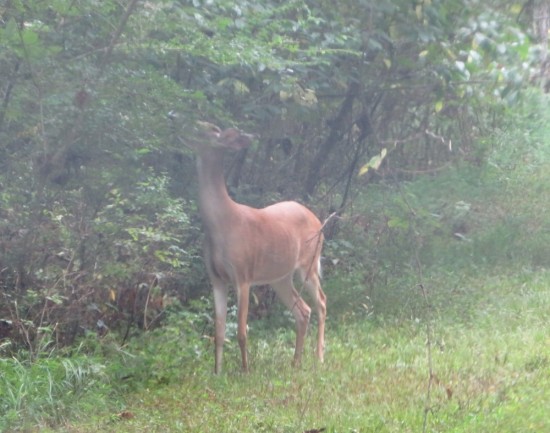 Also, we saw two deer! Anne only caught one on camera, though. 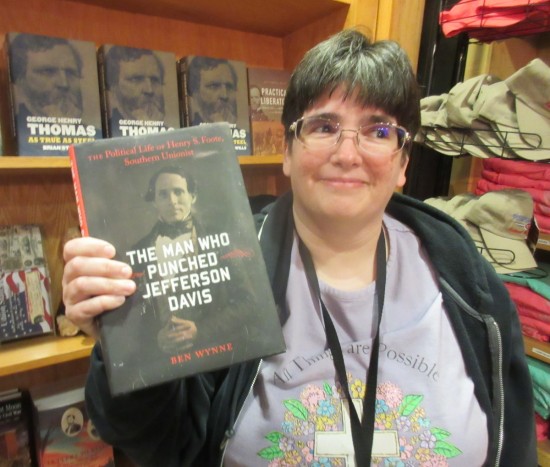 Probably the best merchandise in the gift shop.