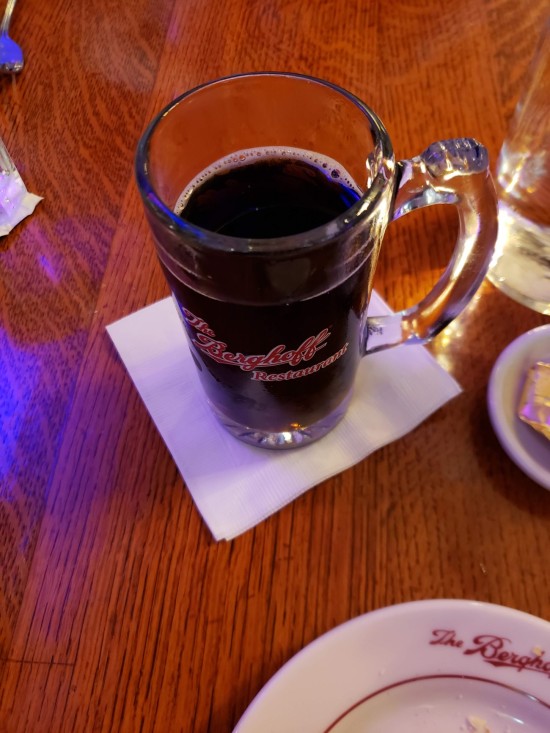 A restaurant proudly serving its own house brand of diet root beer? My kind of place.

Plan A for lunch had been Terzo Piano, a fine-dining restaurant conveniently within the Art Institute itself. The cuisine sounded fascinating and the prices were well within what we’d budgeted. But we hit a snag. After I made online reservations through OpenTable, the confirmation notice came back with fine print I’d overlooked on their site and hadn’t thought to seek out: Terzo Piano enforces a “smart casual” dress code. Neither of us had heard that phrase before.

I wager it’s common parlance among the upper class. Some quick, increasingly distressing Googling confirmed my “business casual” comfort level is a few rungs below “smart casual” and isn’t haughty enough to qualify. At the same time, “smart casual” doesn’t have to mean tuxedos or prom dresses. Several sites provided long lists of clothing articles within the “smart casual” scope. Neither of us owned any of them. I got the general impression it’s ambiguous velvet-rope code for anything worn by fashion bloggers, doctorate holders, chic magazine designers, and other citizens in loftier American castes than ours. The snazzy couture of trendsetters who can afford to shop at Magnificent Mile clothiers, sleek tastemakers who don’t feel right leaving the house until their mirror confirms they’re fit to be extras on The CW, or wannabe social media influencers who run up five-digit credit-card debt to emulate all of the above.

If we wanted into their restaurant, we’d have to spend more on new wardrobes than on lunch itself.

This is not who we are, as dozens of our past jazz-hands convention photo-ops have testified. “Business casual” comes easily to me. “Yacht owner in repose” is not among my character skins.

I canceled the reservation and found us a Plan B. If nothing else, our pre-rejection gave us an excuse to see more of downtown Chicago. Yet again. 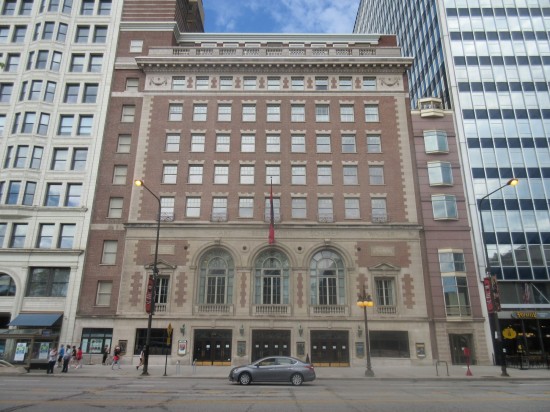 We’d arrived in town around 9:40 and parked underground at Grant Street Park South for just $11 thanks to a miraculous SpotHero steal. Across the street was Symphony Center, home of the Chicago Symphony Orchestra.

Food trucks, lined up before 10 a.m and peering over the Art Institute’s garden walls.

While we waited for the doors to open to the general public at 10:30, we gazed upon Millennium Park to the north and the skyscraper skyline beyond. We’ve stayed at two of the hotels among that crowd on past trips.

Our lunch reservations were for 1 p.m., three blocks west of the museum. Then we hit a snag. Back home in Indianapolis we have a Memorial Day parade as part of the Indy 500 Festival. (We’ve attended several times and I once marched in it.) We hadn’t thought to check if Chicago has their own Memorial Day parade. Lesson learned: they do. Like ours, it involves street closures. Their parade route included a long leg of State Street, cutting right across our planned walking path. The oversight was a tactical error on our part.

Pretty similar to ours, but far fewer Indy 500 race cars.

Daughters of the American Revolution, Culper Ring Agent 355 chapter. I’d honestly never heard of the Culper Ring or Agent 355 outside Y: The Last Man and had no idea they were nonfictional. This threw me for a loop and taught me yet another lesson this day.

We watched for a few minutes. I tapped my foot impatiently, hoping for a break in the paraders that would let us cross the street. A friendly officer in one of the above photos recommended we walk a block south, head downstairs into the subway tunnels, head west that-a-way, and resurface. I’d forgotten those were a thing. We owe her big for the advice.

Then we could go feed.

Our destination was the Berghoff Restaurant, opened by German immigrant Herman Berghoff in 1898 and family owned ever since. 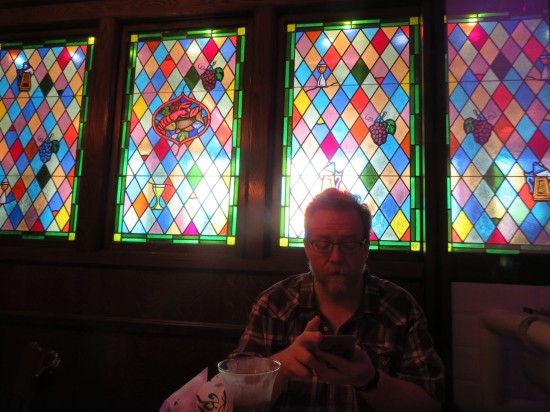 I’m not sure if the dim lighting was the same all around or if we were seated in a special “underlit for the underdressed and unsightly” section. Love the windows, though. 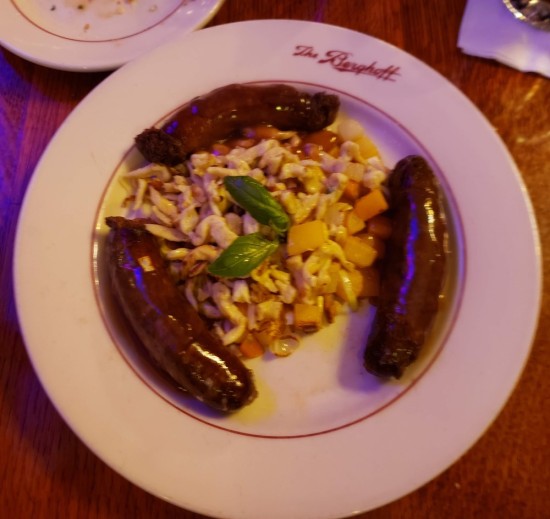 For me, a trio of duck, boar, and (I think?) lamb sausages with a side of Spätzle. 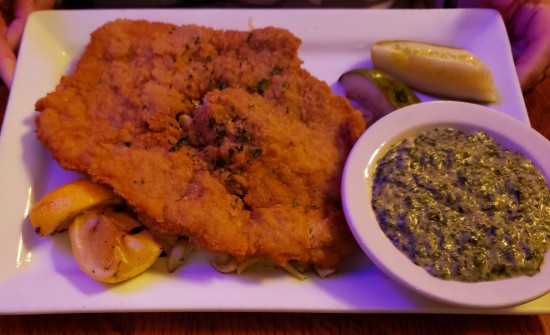 For Anne: Wiener Schnitzel with a side of creamed spinach. Useless fun trivia: as a kid I first learned the term “Wiener Schnitzel” from a Huckleberry Hound cartoon.

By the time we finished and headed back to the museum, the parade route was all clear. Dumptruck cordons remained, waiting to be driven back to work. 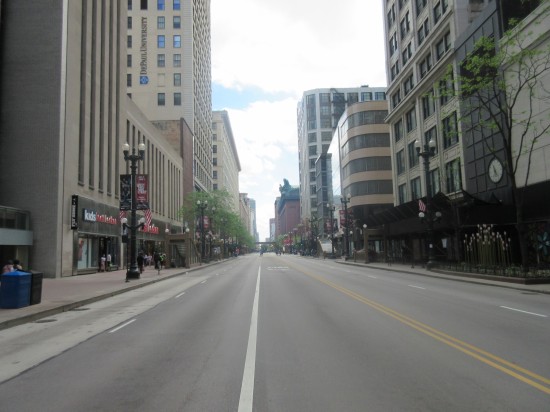 A rare moment of State Street devoid of traffic in daylight, the parade far off in the distance. 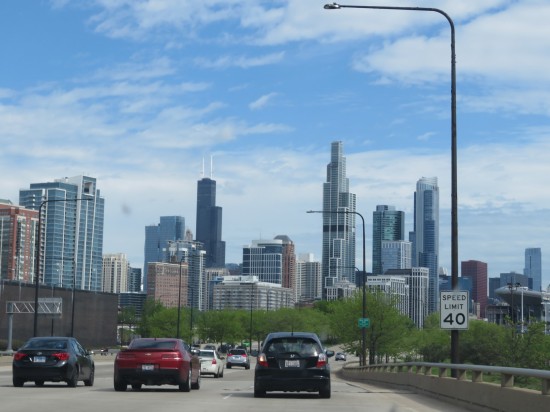 While we’re on the category of “photos we took apart from the museum”, here’s our view of downtown Chicago from Lake Shore Drive on the way in. An easy drive on this clear Saturday morning, with a lovely woman at my side taking the photo so I could concentrate on driving and not crashing.