The east side of the Natural History Museum faces Central Park, one of the larger stops on our brainstorming list. This felt convenient enough that we sashayed on in to see what we could see before we succumbed to the summer heat. 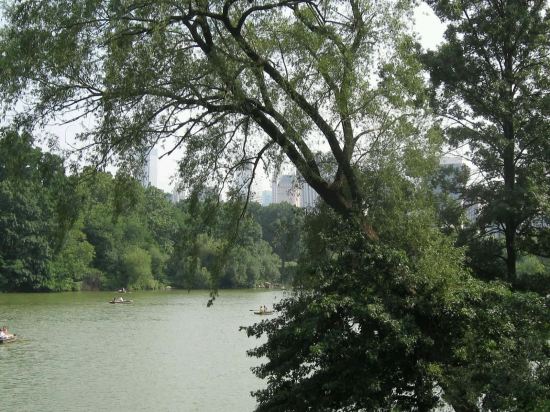 Boating is an option in some ponds, for those so inclined. 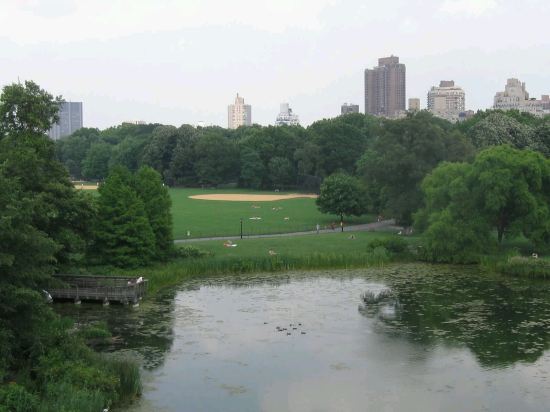 A variety of sports and other physical pastimes await visitors who can handle summertime without combusting.

Belvedere Castle. I’m sure it’s splendid inside, but we learned this Monday that it’s closed Mondays.

Mad respect for a wedding party willing to buck tradition and hold their ceremony on a weekday. Unless these are just actors in search of a film crew. 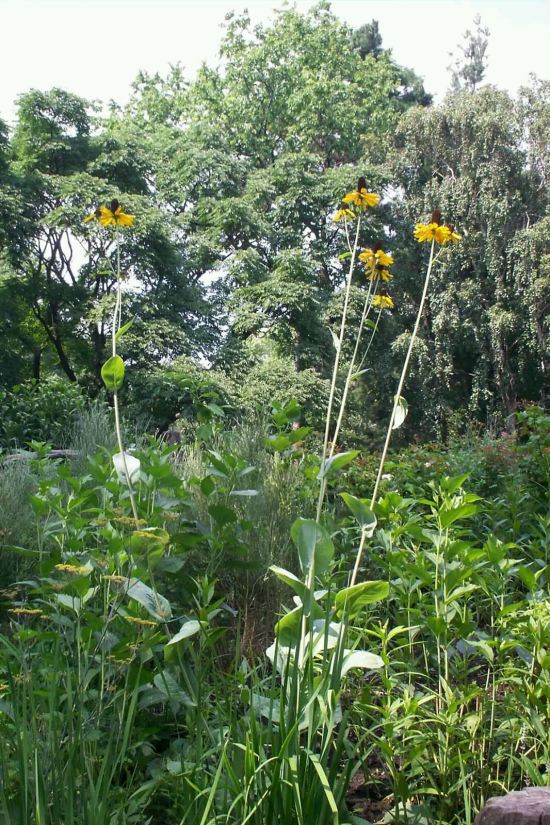 Authentic, all-natural New York City flowers in their native habitat. I’m sure they have a fine name, whatever it is. 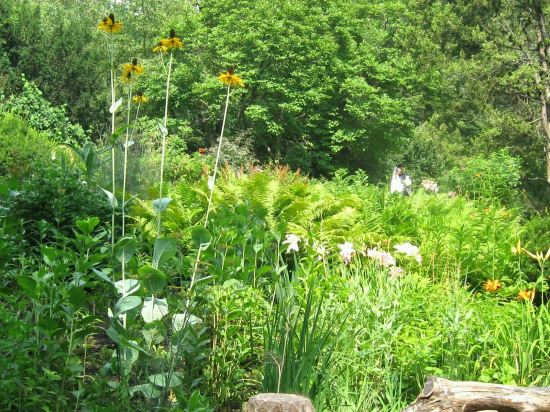 Squint and you can just barely make out another happy couple in the greenery hiding behind an unintentional Bigfoot-blur filter.

The limited cross-section we walked was mostly trees and flowers, but we have those back home. Parks are great changes of pace for big-city dwellers, but we hadn’t been in Manhattan long enough to be sick of their buildings yet. The flowers and ponds were pretty, I guess.

We stopped near Strawberry Fields so Anne could lay down for a minute and I could glare with envy at their amazing lawn care. Adjacent to said fields was this delicately arranged sidewalk memorial for John Lennon.

I’m not sure if July holds significance for his believers, or if this was an early teaser vigil for Occupy Wall Street.

Tallying up our walk so far for the day: a few blocks’ worth of Fifth Avenue plus a few lengths’ worth of Rockefeller Center plus five floors of the Natural History Museum plus several blocks’ worth of Central Park plus a sunny day in the 80s (as in degrees, not the decade of Lennon’s death) equals us ready to collapse. This meant tabling Central Park’s other sights for the moment, such as Cleopatra’s Needle, the Alice in Wonderland statues, and wherever they hold Shakespeare in the Park, but my son looked woozy. A conveniently placed Central Park vendor carried just enough bottled water to forestall his demise and ours, but we’d had it for the time being.

Either the A or C train returned us to the Port Authority, from which point we returned to Lincoln Harbor hours earlier than planned, albeit late enough that the fast-food food court down the street from our hotel was already closed for the evening. Dinner instead was at a Houlihan’s chain inside an office building across the street. My dinner was an all-appetizer platter including goat-cheese-‘n’-artichoke poppers, a more satiating use of goat cheese than my inadequate morning quiche had been. My son may or may not have had something teriyaki-flavored. Nothing refuels him better than things with Japanese names.

Once we got back to our room and settled in for the night, in emptying our souvenir bags I discovered to my horror that my precious “Troy & Abed in the Morning” mug was now in five jagged pieces. I don’t recall the exact moment when calamity struck, but Anne believes the killing blow happened when I dropped the bag during our prolonged hunt for the Natural History Museum’s elusive smashed penny machines.

I wanted to cry. That mug was one of the greatest souvenirs of all time. It was like a major award.

I vowed somehow, someday, geek injustice would be avenged.

Some of us were less devastated than others.

Portrait of a very relaxed woman who neither drinks coffee nor watches Community.

1. Belvedere Castle would later be repurposed and renamed the Henry Luce Nature Observatory, losing a bit of panache in the process.

2. When I wrote our original travelog up to 2011, my process would sometimes take months because I refused to post a single chapter until I had the entire series written from start to finish. That’s why you get a joke about Occupy Wall Street, which hit the public consciousness circa September 2011, as part of a recount of events that took place two months prior. That’s a built-in anachronism, not a new one I just added.